The major champion and course architect is an Everygolfer's hero.

Exempt though the game's immortals may sometimes seem, one of golf's - and life's - central rules is that if you play long enough, it will put you through the ringer.

Just two years younger than Jack Nicklaus, Weiskopf's own prodigious talent naturally caused him to be compared to his fellow Ohioan. By his own admission in a bracingly honest 2016 interview below, those comparisons carried a weight that, along with a nasty temper and a decades-long drinking problem he would finally kick in 2000, kept him from the heights of competitive greatness many believed him destined to achieve. Nevertheless, he won 16 PGA Tour events, including the 1973 Open Championship just months after his father passed away from cancer.

Weiskopf's lifelong mix of expectations, disappointments and triumphs forms a rhythm that every golfer knows all too well. If you play golf long enough, its parallels to life become ever more obvious. The interview above makes it plain that Weiskopf's own personal evolution off the course mirrors the one any golfer would aspire to enact on the course.

Weiskopf hit his stride in fruitful second careers in broadcasting and, like Nicklaus, golf course architecture. Suburban Dallas' TPC Craig Ranch, which hosts the PGA Tour for the first time this week, is one of his designs, as are schedule stalwarts Torrey Pines' North Course and TPC Scottsdale's Stadium Course. So are some prestigious residential clubs out west like Yellowstone Club in Montana and Snake River in Wyoming. His penchant for building drivable par 4s long predates the contemporary fascination with such holes.

Weiskopf now faces his life's biggest challenge: a late-2020 pancreatic cancer diagnosis. What he calls "a tremendous life" has no doubt prepared him with the grace and grit necessary to meet it. 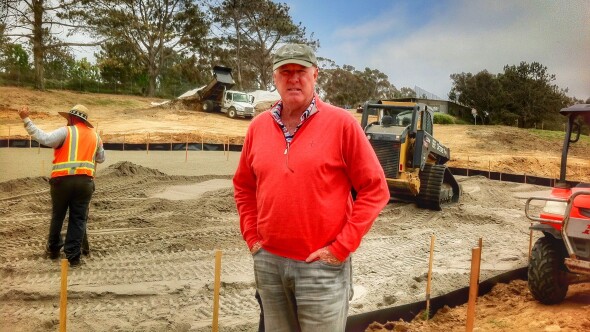