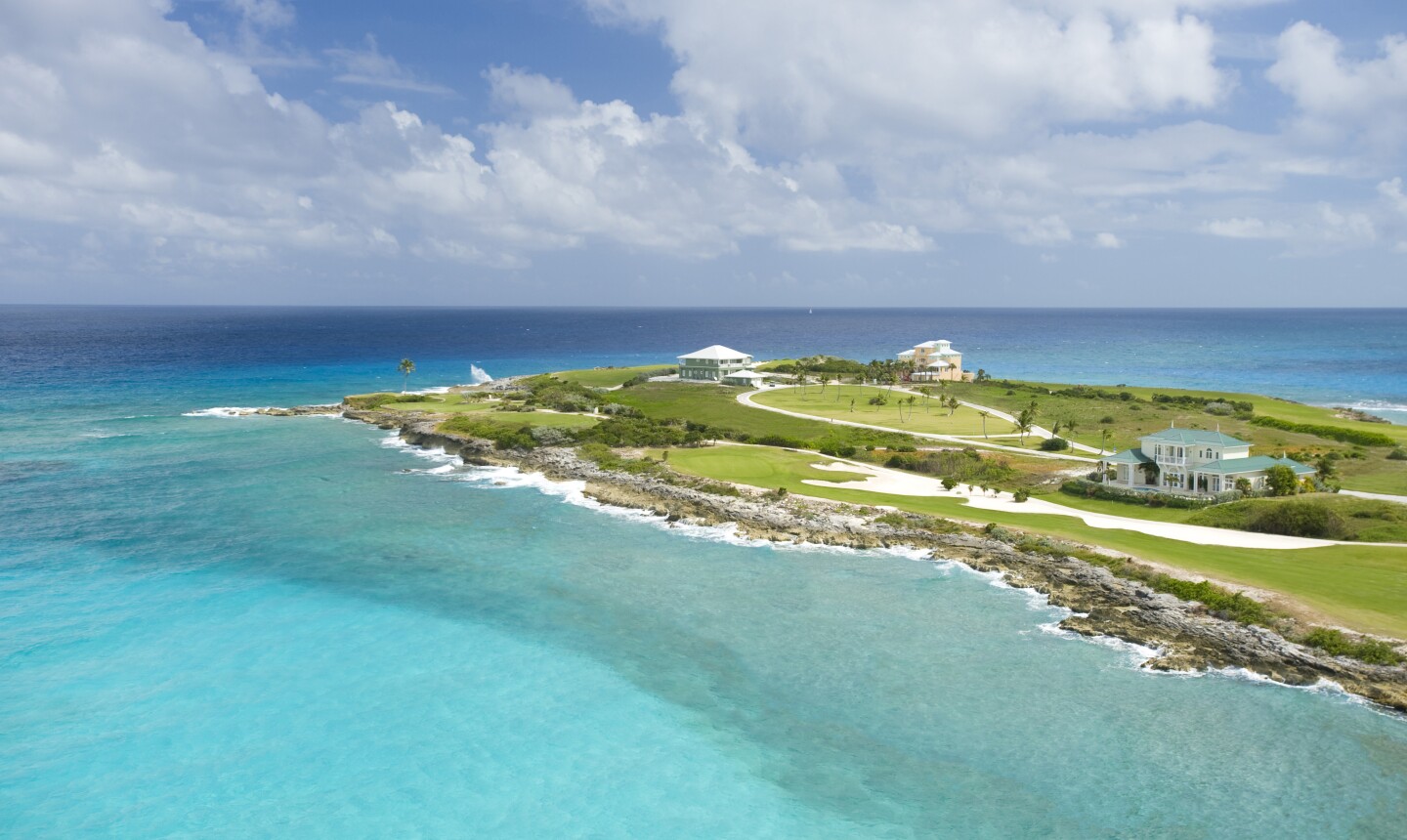 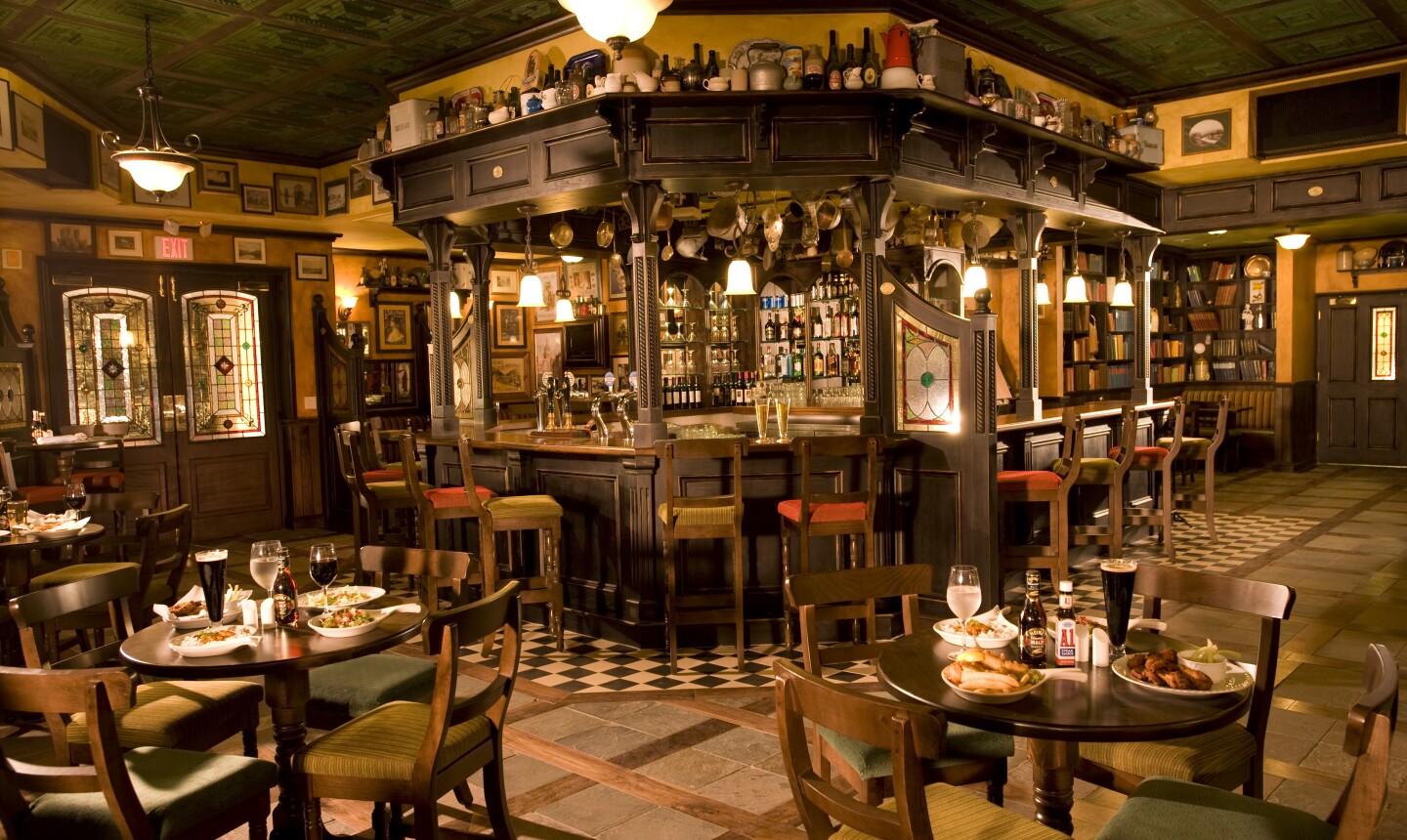 Sandals had the Drunken Duck Pub built in Britain, broken down into pieces and shipped to the Bahamas. Courtesy of Sandals Resorts 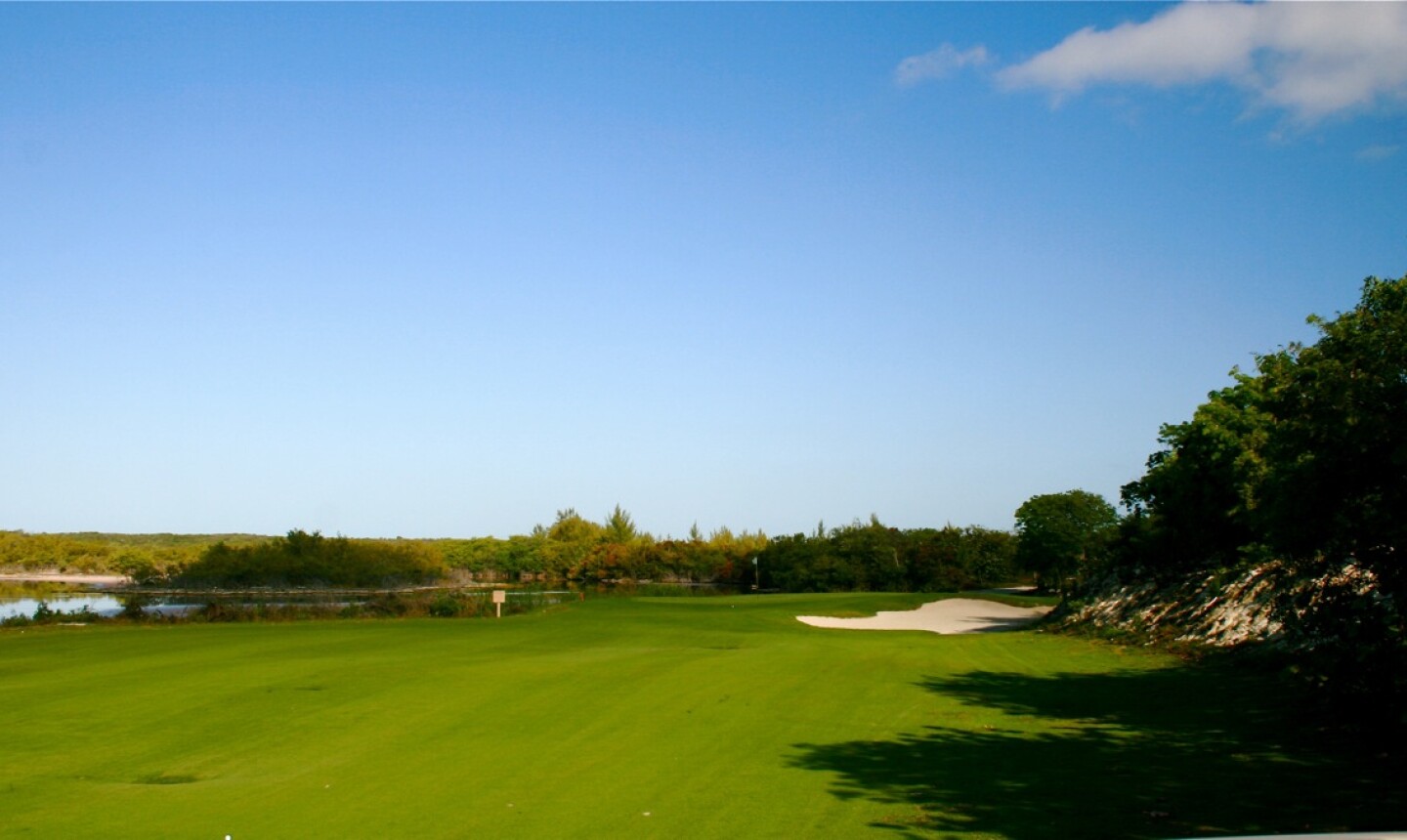 Simply put, the Shark goes where he pleases.

And many times, he points his nose toward the Exuma Islands in the Bahamas. Norman has come here long before he designed Emerald Reef Golf Club (formerly a Four Seasons and now a Sandals property), which debuted in 2003.

"I've been coming here since 1983," he said. "I've never had property on a golf course design of mine until here."

Norman spends much of his time in the Exumas fishing and extreme scuba diving. Since Sandals purchased the property at the beginning of 2010, he's been here several times to oversee the course's restoration back to his original plan. The course's routing is highlighted by a stretch of holes that play right along the famously clear waters.

What's in the water is as big a part of this destination as what's on land.

"I'll go out on the water after work, spear a lobster and cook it for dinner," Mumford said.

Norman has his lobster stories, too. Over lunch, he reminisced of the time he caught a lobster in the Exumas that was taller than him.

Most guests at Sandals probably won't get as extreme as a Norman dive and encounter any mythically sized lobsters. Norman grew up in Brisbane, near the Great Barrier Reef, so it's understandable he feels right at home out on these waters. An all-inclusive resort, guests at Sandals can snorkel, take out small catamaran sailboats or hang at the mile-long beach and keep their butler busy delivering icy drinks to them until the sun goes down.

Formerly a Four Seasons resort, the pieces were in place for Sandals to take over this luxurious, remote property at the beginning of 2010. The property already had large, ocean view guest rooms and even larger oceanfront villas with walk-out access to the beach.

Sandals rebuilt and enlarged the main pool area and built a swim-up bar. For golfers, the coolest off-course addition was the Drunken Duck Pub, a fully detailed English pub.

Upon spending some time in it, you may ask yourself, "How do you build an authentic British pub in the Bahamas?" You don't. Sandals had it built in Britain, broken down into pieces and shipped here. It was then reassembled.

Inside, there are darts, Irish ring toss, pool and even snooker. Never played snooker? There is a (lengthy) rules sheet on the wall.

Its location on the easternmost part of the Bahamas means it's not as convenient to get to as Nassau or Bimini (for boaters). But Sandals managed to bolster air service to the island, bringing in flights from Atlanta, Miami, Fort Lauderdale and even Toronto.

The attention to detail is paying off. Count Norman among those who are impressed.

"They got the overall concept this place never had with three previous owners," Norman said.

Emerald Reef is the third golf property among the Sandals brand -- which has 17 resorts throughout the Caribbean -- and this course is set to take over its top spot.

Emerald Reef Golf Club is hardly a resort friendly cakewalk. The course can play more than 7,000 yards from the championship tees, and the Caribbean trade winds always seem to be a factor.

The back nine is a visual show-stopper. Starting at the par-3 11th, six consecutive holes play on a narrow peninsula atop the sea. From the tiny par-3 13th (which isn't more than a wedge on most days) to the long par-5 15th (which can be reached in two if you take a line of flight over the sea), the water is so clear you can see down to the bottom -- and in all likelihood a golf ball or two (or a wandering snorkeler).

As much as the back side is eye candy, Norman himself favors the more inland front side. He is especially proud of the fourth hole (which I proclaimed my favorite on the course before meeting Norman). It's a short, drivable par 4 that plays along an inland lake to the left side.

"You look at the site plan and the fourth looks like a nothing hole," Norman said. "Then you get on the tee and you can tee off with a 7-iron and a wedge, or hit a 5-iron and a pitch. … Everything you do just compounds the problem. I just love that little hole."

As the club wraps up its restoration and irrigation project, also slated for opening this summer is the Greg Norman Champions Golf Academy. There are two dates: June 11-18 and Dec. 1-8. During these two weeks, four PGA certified golf professionals will offer one-, two- and three-day golf programs.

Brandon Tucker
Brandon Tucker is the Sr. Managing Editor for Golf Advisor. Prior to the launch of Golf Advisor in 2014, he was the managing editor for Golf Channel Digital's Courses & Travel. To date, his golf travels have taken him to over two dozen countries and nearly 600 golf courses worldwide. While he's played some of the most prestigious courses in the world, Tucker's favorite way to play the game is on a great muni in under three hours. Follow Brandon on Twitter at @BrandonTucker and on Instagram @btuck34.
0 Comments
Related Links
More from the author

Kira K. Dixon
Lifestyle Correspondent
Now Reading
Crystal clear waters and a bright future at Sandals Emerald Bay Resort in the Bahamas
New Cookie Policy
WE AND OUR PARTNERS USE COOKIES ON THIS SITE TO IMPROVE OUR SERVICE, PERFORM ANALYTICS, PERSONALIZE ADVERTISING, MEASURE ADVERTISING PERFORMANCE, AND REMEMBER WEBSITE PREFERENCES. BY USING THE SITE, YOU CONSENT TO THESE COOKIES. FOR MORE INFORMATION ON COOKIES INCLUDING HOW TO MANAGE YOUR CONSENT VISIT OUR COOKIE POLICY.
CONTINUE
Search Near Me