A trio of strong college golf courses and a PGA Tour host are only part of the story of one of America's best design teams.

CHARLOTTESVILLE, Va. - If you needed any proof that Davis Love III is a stand-up guy, look no further than Birdwood Golf Course at the University of Virginia.

Love could have made some mischief for University of Virginia Cavaliers golfers when totally remodeling their home course. Instead, his design firm turned it into one of the most enviable campus courses in the country.

And they did it in a way any proud athletic program, ACC or not, would appreciate: as a team.

"I was much more involved than I ever thought I would be," said Martin Winters, Birdwood's director of golf. The Love brothers, Mark and Davis, and associate Scot Sherman looped Winters, superintendent Matt Wade and other long-term stakeholders into the process, making it feel like a true collaboration, rather than a commission.

The collaborative approach is nothing new to the Loves, who have worked in the past with associates like Paul Cowley and, now, Scot Sherman on an impressive array of projects with different objectives. They've shown their creativity and sense of restraint on new-build projects. They've made major course revisions at notable resorts like Sea Island and Sea Pines. They've brought a new concept to Belmont Golf Course, a historic city muni. And they've even showcased a sensitivity to history in restoring Donald Ross' Brunswick Country Club. Few architecture firms are simultaneously so versatile and so under-the-radar.

In Charlottesville, they took a serviceable golf course and made it even better. Birdwood dates back to the 1970s, when it was laid out by architect Lindsay Ervin, who did most of his work in the Mid-Atlantic. Later minor renovations left it with a more expansive routing and, typical of modern golf tastes, an out-of-place island green.

Converting that island from a golf hole to an outdoor yoga venue used by the neighboring Boar's Head Resort was a small part of the comprehensive work the Love team did. Only five holes occupy their previous corridors, with the rest of the course - from routing to shaping to overall look - changing so much that it's fair to call Birdwood a new golf course, built in 2020. 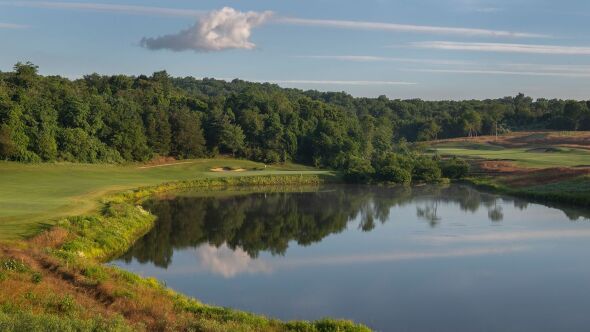 Virginia Golf Resorts
Boar's Head Resort
Boar's Head Resort is a Charlottesville, Virginia, property that features the Birdwood Golf Club, the home course of the University of Virginia. The resort is set on 600 scenic acres and since its opening in 1964 has expanded to 168 guest rooms and suites. Guests can enjoy the Sports Club, open to members and guests of the hotel, which features an…

One would be forgiven for thinking that a course meant to stress-test upper-tier men's and women's golf teams might be too brutally hard for the rest of us. But Love's admiration for the Golden Age architects - Macdonald, Raynor, Ross, Tillinghast - comes in handy here. Almost all greens are open in front, and the biggest back-tee challenges come from the tee shots, especially the three par 3s that tip out longer than 240 yards. Even though the course is only 7,100 yards from those Cavalier tees, it is no pushover, especially since the UVA men's team plays the 15th hole, typically a 530-yard par 5, as a 510-yard par 4 in practice and qualifying rounds. The course sits very comfortably on the land, a testament to the old-school sensibilities of its shapers.

Even though most golf course merchandise with dates stitched on it emanates from courses that are the better part of a century old, Winters' appreciation for Birdwood's overhaul is such that he had hats made that proudly display Birdwood's bird-silhouette logo above "2020." It's a reminder both of the course's new beginning and the fact that that occasion coincided with the outset of the COVID-19 pandemic and all its attendant uncertainty.

Part of the Birdwood project saw the Love group devote a couple of acres to the left of the driving range to forming The Nest, a new 6-hole short course with shot values that mirror its big brother. Playable in an hour, it's an excellent pre-round warmup or alternative to the full 4-hour traditional golf experience. So is The Ridges, a gracefully contoured putting course that sits steps from the modest clubhouse's bar and overlooks Birdwood's 14th green.

Birdwood is the second of three university course projects to date for Love and his team. In 2006, DL3 oversaw a renovation of the University of Georgia Golf Course, updating the green complexes of an already solid Robert Trent Jones, Sr. effort while also adding more tee box flexibility. The current Bulldog tees at the course measure a stout 7,300 yards as a par 71 with four par 4s longer than 465 yards. UGA GC captured the #10 spot on this year's GolfPass Golfers' Choice list of America's 50 top-rated courses according to thousands of citizen golfers.

One of the finer courses I have played in Georgia. Plenty of challenge and character! Beautiful layout! Always well cared for and the staff does a nice job. One of my favorites when I make it to the area.

This fall marks the firm's third foray into design at a powerhouse golf program's home facility. This time, Love returns to Chapel Hill to work on UNC's Finley Golf Club, originally laid out by George Cobb in 1950 and renovated by Tom Fazio in 1999. This project seeks primarily to expand the golf teams' practice facilities, which will swallow up the current 10th and 11th holes, prompting the addition of two more holes to the tract that currently houses holes 12 through 18. Combined with a reversal of the nines, it will make Finley a rarity in that once it reopens, it will begin on a par 3. Work begins this fall and should be complete in the summer of 2023.

Love and his team have begun branching out geographically more recently. In 2018 and 2019, Love joined architect Beau Welling in renovating the 27 holes at The Valley Club in Sun Valley, Idaho, where Love is a member. And the firm's highest-ranked effort is the Dunes Course at Diamante Cabo San Lucas, on Mexico's Baja California peninsula.

But their bread-and-butter is in the Southeast, where original efforts like the Love Course at Barefoot Resort in Myrtle Beach, S.C. and redesigns like the Plantation Course at Sea Island (St. Simons Island, Ga.) and Atlantic Dunes at Sea Pines (Hilton Head Island, S.C.) continue to draw strong reviews from visitors. So does Belmont Golf Course, the Richmond, Va. muni where Love took a tight, tired 18 holes and repurposed it into 12 regulation holes, a 6-hole short course and large community putting green that has helped revived locals' interest in the game.

Because Love is still involved in the game both as a player and, recently, a Ryder Cup and Presidents Cup captain, his contributions to golf course design may be overlooked because of his overall visibility. But through strategically sound, unfussy design that respects the excellence of the early 20th-century "Golden Age" of architecture, he, brother Mark and Sherman can be counted on to deliver quality golf that members and guests enjoy over and over.

What's your favorite DL3 design? Let us know in the comments below. 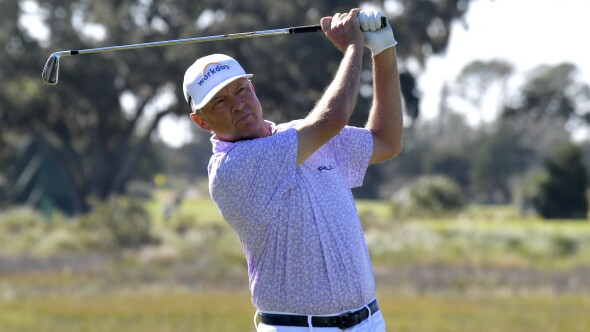 The omission of Kinderlou Forest is glaring!

Chris, I stopped by Kinderlou once and left with a considerable desire to play it. I hope to get back there sometime. It seems to have alternated between being private and semi-private over the years; I'm currently seeing rates published on their website so if they're publicly accessible again, I'll redouble my efforts to play it soon!

A point well taken: Golf designers better known as touring pros are often overlooked for their architectural skills/credentials. I haven’t yet played a Davis Love III golf course, but you’ve made the case–abundantly–that his firm is a force to be reckoned with.

True excellence in design, especially accompanied by a nuanced historical perspective but also a certain reverence for the Golden Age style, seems an unusual combination among golf course architects over the last three decades or so.

Over the past ten years, I’ve learned that some of the most exciting courses are not always clearly pointed out by pundits; so thanks for pointing out Mr. Love’s work. Now I only have to find one or more of them to play on my travels.