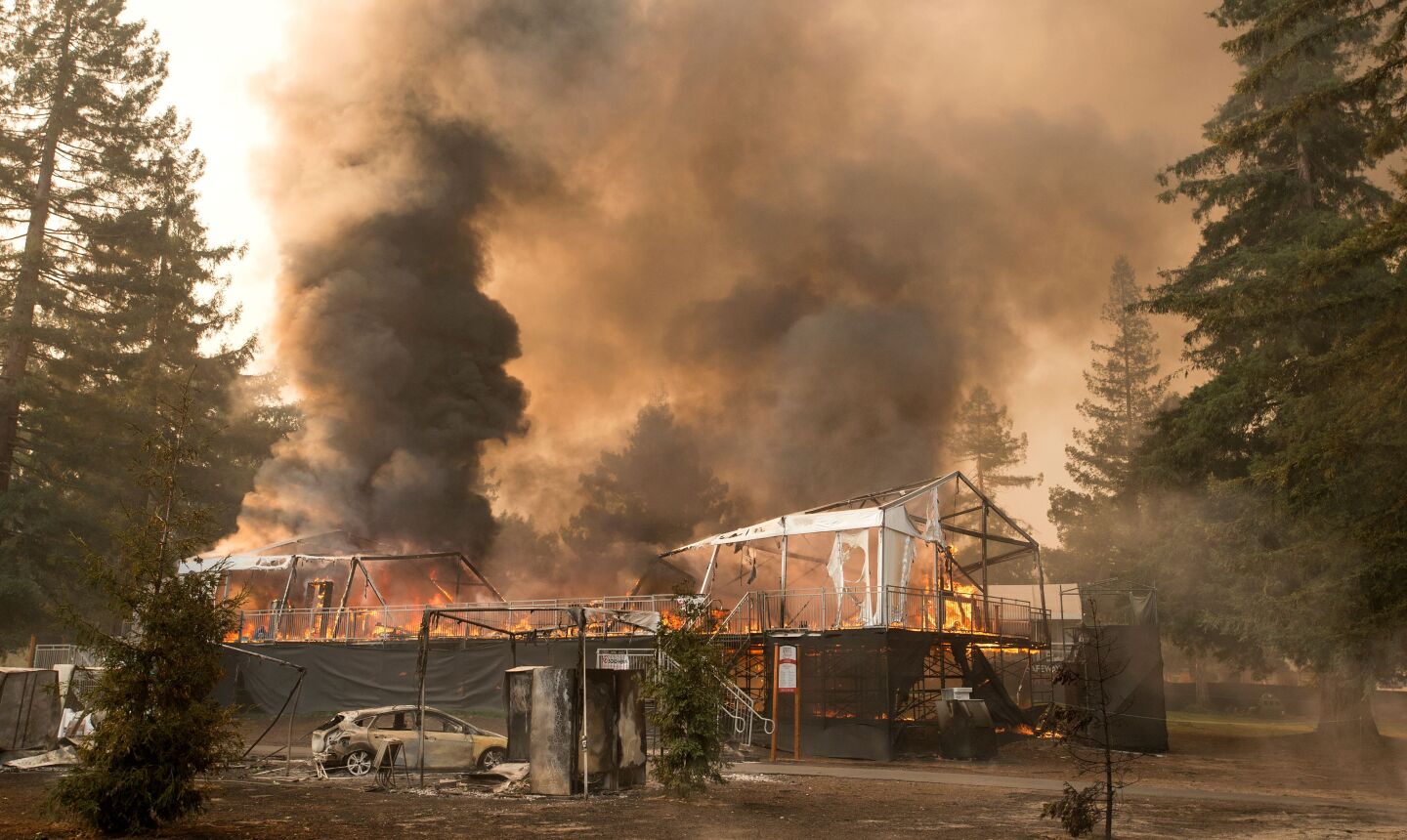 In 2017, fires descended upon Silverado less than 24 hours after the conclusion of the Safeway Open. Getty Images

The winds that wreaked havoc during Sunday's final round of the Safeway Open at Silverado Resort & Spa have fueled catastrophic wild fires that have destroyed an estimated 3,500 homes and commercial buildings in Napa and Sonoma counties.

California Gov. Jerry Brown has already declared a state of emergency. It is already being called one of the worst fires in state history. As of Wednesday, October 11, none of the estimated five major fires across 170,000 acres were under control and 21 people had died.

Thousands of residents - including PGA TOUR players and other guests staying at Silverado - were forced to evacuate as the fires spread in the early morning hours. According to reports, several famous athletes planning to play in a celebrity outing at the Mayacama Golf Club in Santa Rosa had to flee in the middle of the night.

Silverado - partially owned by Johnny Miller - announced Thursday on its website that "resort structures are currently intact, including the Mansion, the Conference Center, Clubhouse and Pro Shop and the Spa", but that all reservations through Friday, Oct. 27, will be cancelled with deposits refunded.

Pictures shot Monday by the Associated Press show a grand stand burning to the ground.

Fires raging out of control in Napa. Sad news. Photo from #LATimes and #AP pic.twitter.com/hhiVo9RT7U

Mayacama and Fountaingrove Golf & Athletic Club in Santa Rosa haven't been as lucky suffering extensive damage, according to this story by the Golf Course Management magazine run by the Golf Course Superintendents Association of America.

The smoke from the fires has blown all the way down to San Jose where I live, causing such air quality issues that many outdoor sporting events at local schools have been cancelled this week. Watching the live coverage on the news has been sobering. One home couldn't be saved because the fire fighters on the scene didn't have enough water to save it. Another reporter near the burning Hilton Sonoma Wine Country hotel almost started crying after witnessing the devastation. Another reporter was touring dozen of homes completely destroyed along Fountaingrove.

Several wineries and hotels/inns have also been lost. It's a sad week for wine country.

Massive wildfires are destroying homes and other structures in northern California pic.twitter.com/rQk6UBuFHT

I hope the fire situation is resolved