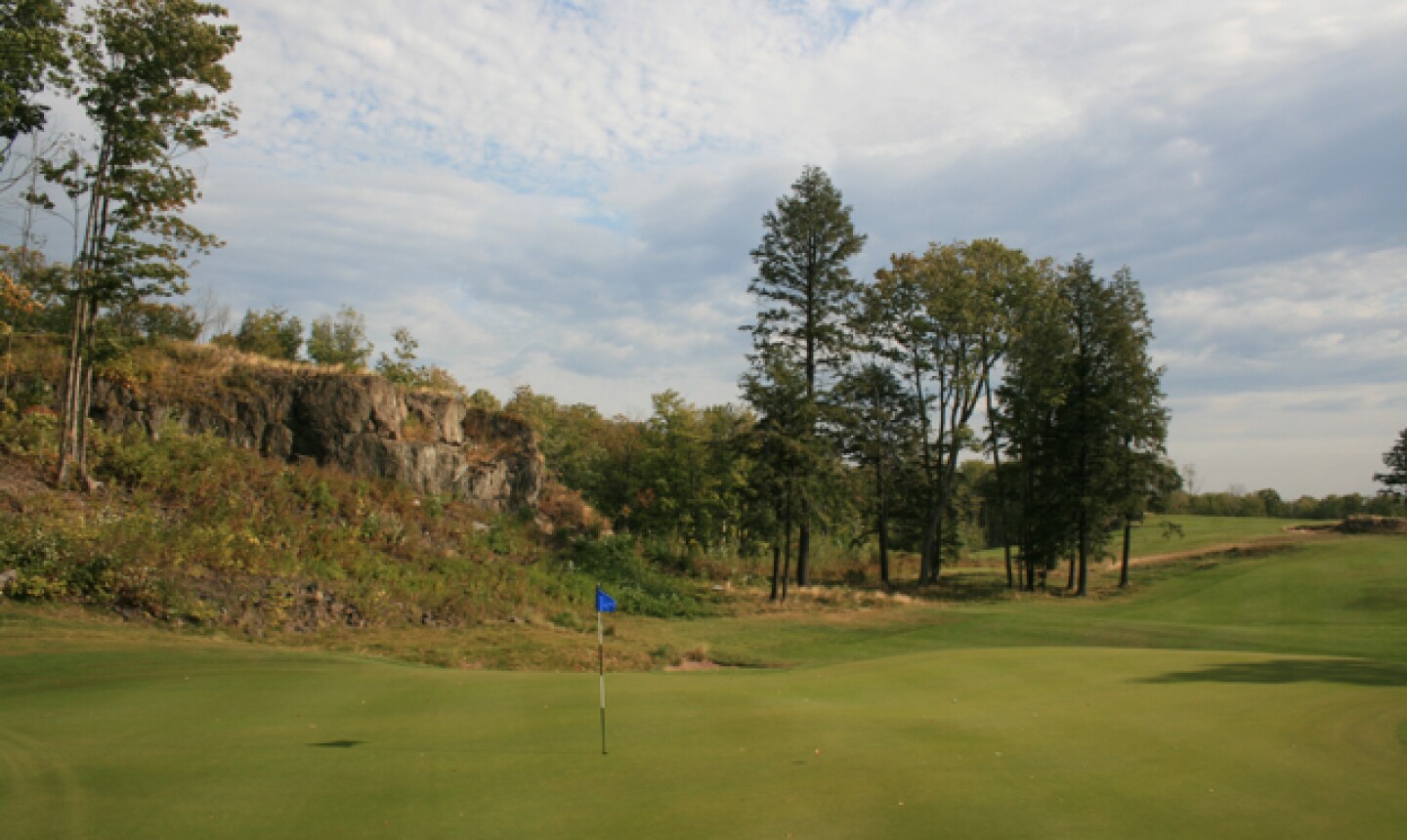 One of many rock walls lie next to the eighth green at Marquette Golf Club's Greywalls Course. Brandon Tucker/Golf Advisor 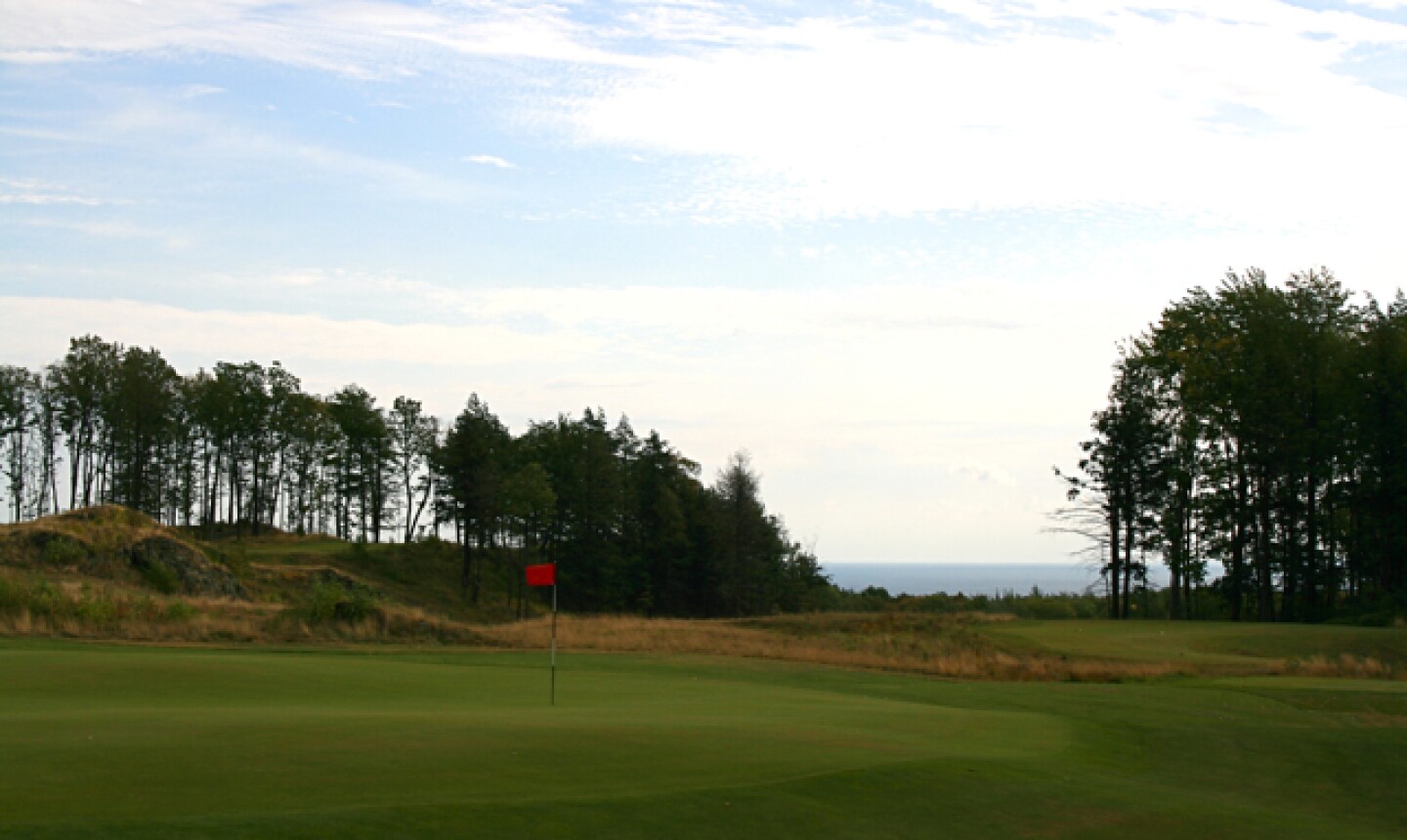 Lake Superior is in view from some of Greywalls' higher spots, such as the 10th green. Brandon Tucker/Golf Advisor 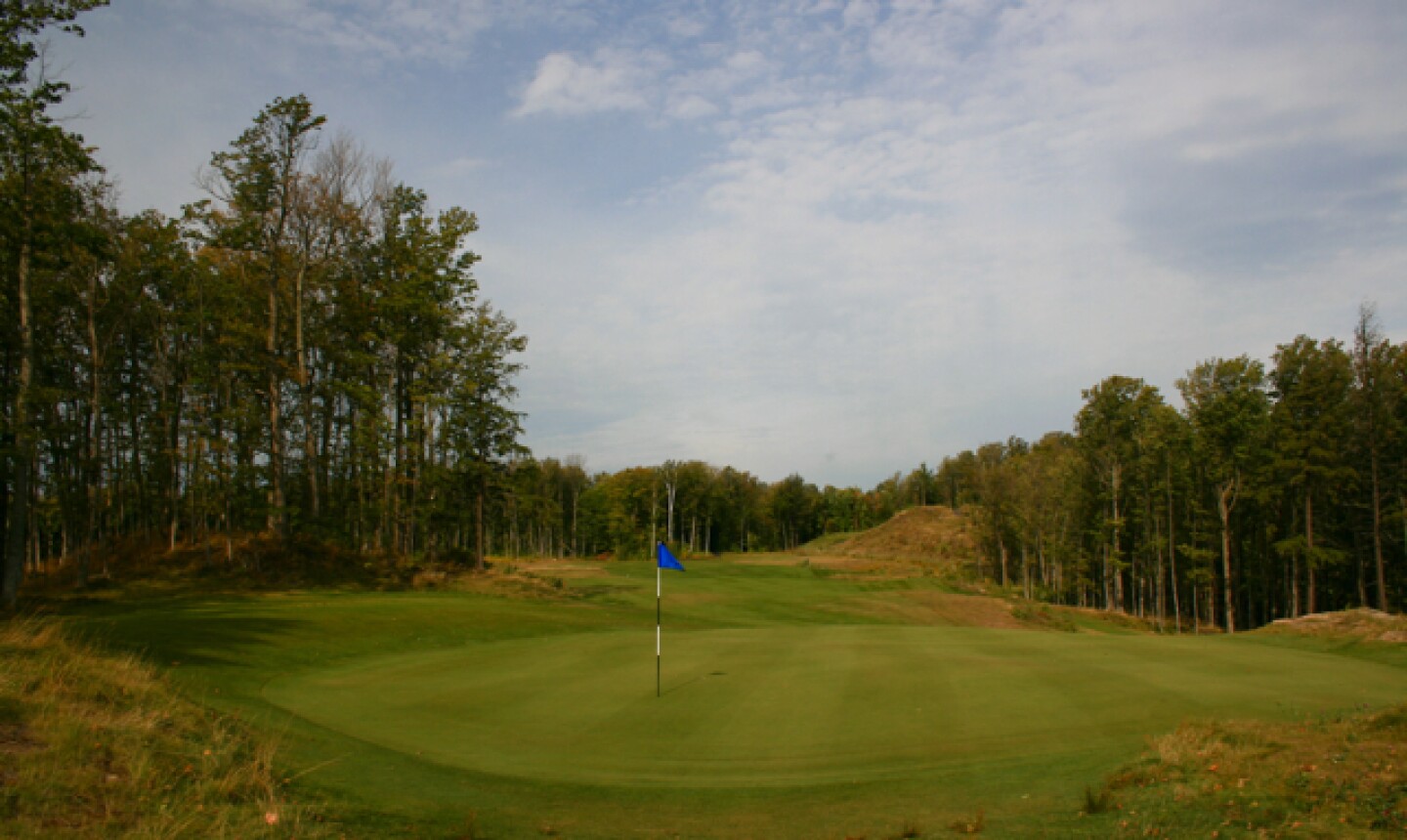 MARQUETTE, Mich. -- The shot hit the 17th green on the Greywalls Course at Marquette Golf Club, then took a turn for the worst.

It caught a slope and funneled into a hollow well below the green of what should have been a benign par 3 of 137 yards. "Welcome to Greywalls," shouted a golfer on the adjacent 11th tee who witnessed the tragedy. "You've been Greywalled."

Mike DeVries, the talented architect of the 6,828-yard Greywalls, just laughed when told the story. "It's kind of cool that they've got their own lexicon," he said.

Greywalls, ranked as the second-best public golf course in Michigan by Golfweek, is more than "kind of cool." It's a wild, leave-you-breathless kind of place in the rugged Upper Peninsula, where rock walls and views of Lake Superior intermingle to over-stimulate golfers.

Just don't get too distracted, or you'll too get "Greywalled," the term locals use when the course magically swallows your ball and hurls it into some devilishly difficult lie. Greywalls only has 36 bunkers because there's enough going on without more of them.

DeVries' work at the Kingsley Club near Traverse City features many of the same curious nuances. Both golf courses -- Kingsley opened in 2001, and Greywalls followed in 2005 -- weave through dramatic natural terrain.

Without much of a blasting budget, DeVries routed the front nine of Greywalls through a virtual granite graveyard. Rock ridges and shelves force players to tread carefully through holes No. 4-No. 8. A 60-foot rock wall towers over the green at the short, par-4 fifth.

The course emerges from this mayhem at the ninth green, where the lake views return. The back nine rolls on flatter land more open and forgiving, but its holes are just as difficult to penetrate on the scorecard. An endless barrage of shot values to treacherous green complexes see to that.

The par-5 18th rips downhill from the tee to a pancake-flat valley. The bunkerless green 533 yards away looks naked after so much visual stimulation. Critics have told DeVries to convert No. 18 into a par 4, add greenside bunkers (which he originally intended) or to change the nines, but he'll have none of it. His original vision for the final hole, and his unique design, remains intact.

"I view this as the roller-coaster ride out," DeVries said of the descent to the fairway. "It looks flat, but it's not flat. That lack of definition improved the hole. It gives everybody the chance to finish on a high note. I have no problem with that. 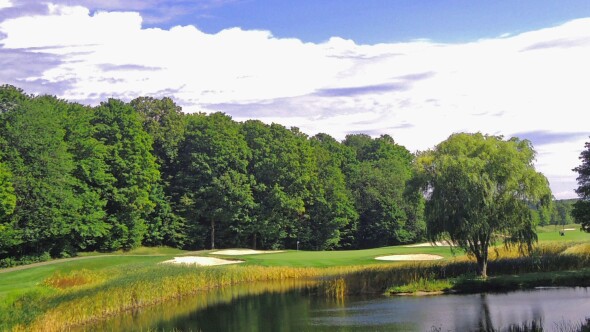