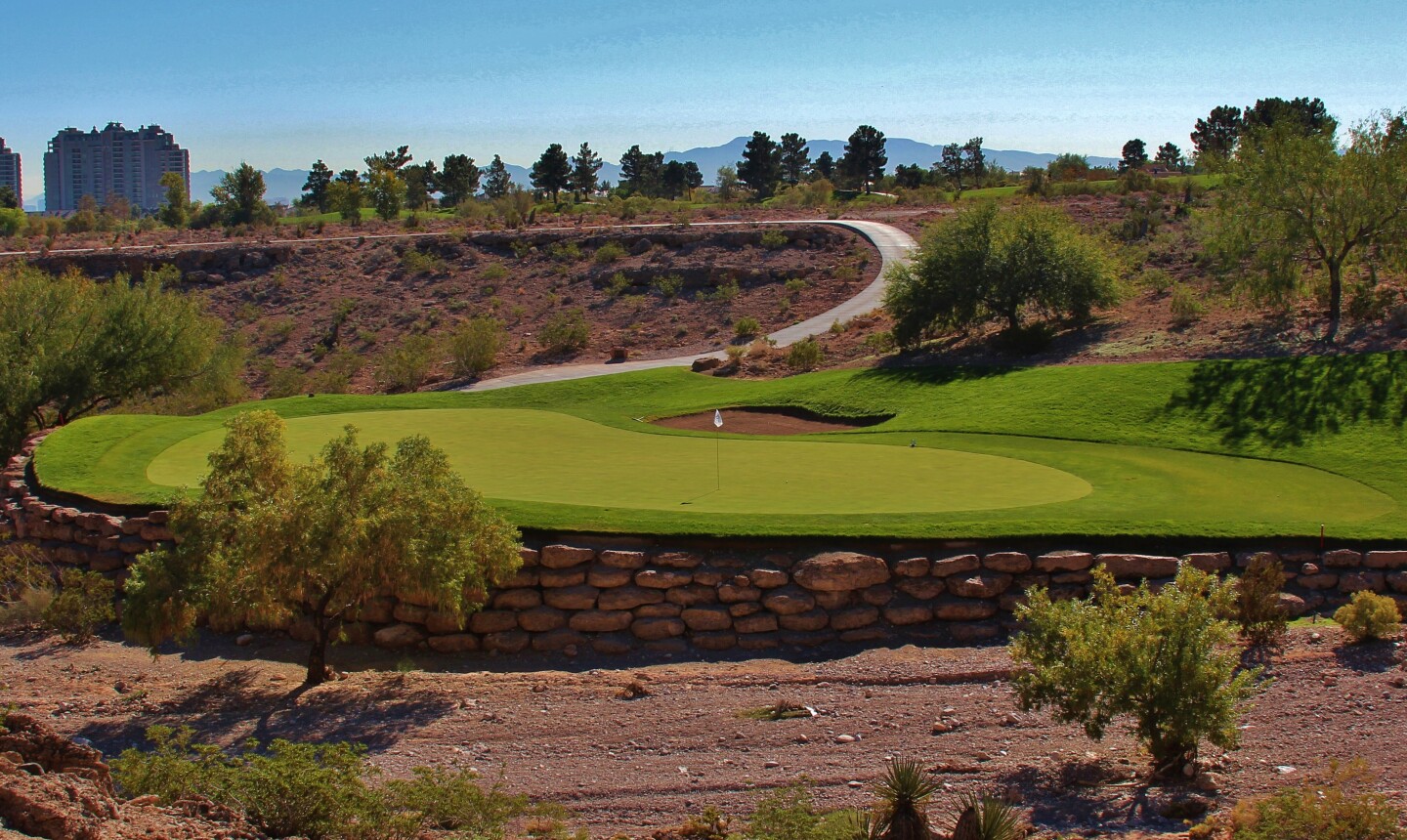 LAS VEGAS -- The private TPC Summerlin might seem to be more prestigious than TPC Las Vegas, its public neighbor just minutes from the Strip.

The funny thing is, Tour pros who live in Las Vegas tend to hang out more at the TPC Las Vegas, a former host of both the PGA Tour and Champions Tour. Charlie Hoffman can walk to the private range at TPC Las Vegas from his house. Ryan Moore, Dean Wilson, Alex Cejka and Kevin Na regularly use the facility as well.

"Having the local PGA Tour players really sets us apart," TPC Las Vegas General Manager Dan Hammell said. "You could run into any of those guys in the grill or locker room or practice tee. That's neat for the guests and staff. Those guys are here all the time."

The two TPC clubs are less than two miles apart, which causes confusion from time to time. Hammell said golfers often check in for tee times at one when they should be playing the other.

"Guests will just say 'TPC' and the cab drivers just don't know where to drop them off," Hammell said.

Golfers who end up at TPC Las Vegas tend to leave inspired.

Hammell said his 7,080-yard, par-71 design played a full shot tougher than the TPC Summerlin when the two were co-hosts of a Las Vegas PGA Tour event (which has had several different names and sponsors) from 2001-2007. A slew of Tour pros -- John Daly, Steve Jones, Lee Janzen, Joel Edwards, Craig Barlow, Dan Forsman, Jay Williamson and Ryan Palmer -- share the course record with a 62.

The theme of the place reveals itself on the second tee box. An island green ringed by gigantic boulders sits in a box canyon, built up from the desert floor. It's a striking setting that illustrates the rugged terrain that architect Bobby Weed, with an assist from Raymond Hearn, had to tame before its opening in 1996.

Another canyon takes the challenge to a whole new level on the back nine. The 12th green is a second island par 3 surrounded by untamed earth. The demanding carries from the blue tees of the par 4s at No. 13 and No. 14 -- nicknamed "Death Valley" and "Gorge-ous" -- are two of most exciting tee shots in the region. The 612-yard par 5 at No. 15 is the layout's longest hole, ending at a green hugging the canyon rim.

"It is a natural [desert] wash," Hammell said. "When it rains in the mountains, we get a lot of water flowing through there. That's kind of neat. It definitely puts a premium on the tee ball."

Water makes a surprise appearance to the left of the final green, a long par 4.

Tyler Volk, a resident of Vancouver visiting with a group of Canadians this fall, called TPC Las Vegas one of his three favorite golf courses in Las Vegas.

"It's fair but still challenging," he said. "It's got great greens. They are not too undulating. It's in great condition."

By tossing in an excellent Tour Academy and a fine JW Marriott right across the street, TPC Las Vegas is fully stocked for one of the best stay-and-play golf vacations in the high Nevada desert. I didn't see a PGA Tour pro the day I visited, but a celebrity sighting would surely take the experience up a notch. 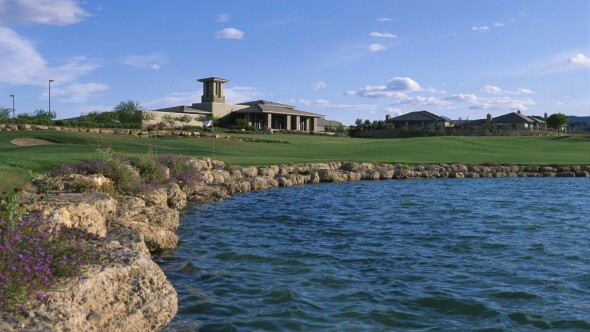 Galleries
TPC Las Vegas: Secluded, scenic, challenging and conveniently close to major Sin City attractions
Located just beyond the famous Las Vegas Strip, TPC Las Vegas is a secluded golf course that is not only scenic but also challenging. The layout, especially the back nine, is a true test of your shot-making abilities. Here's a closer look at TPC Las Vegas.
9 Images
By TravelGolf Staff
More from the author