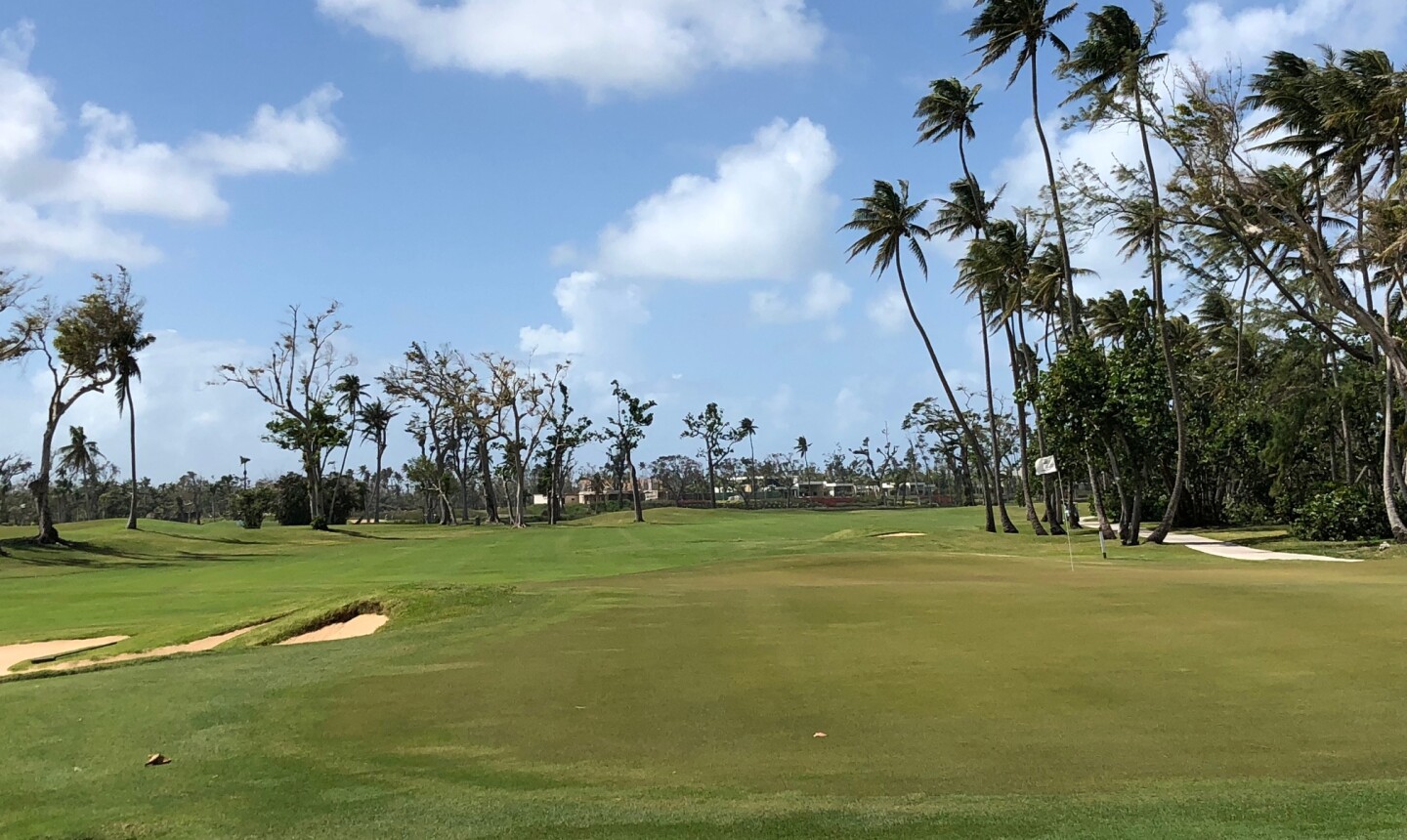 The golf industry is doing what it does best — giving back — to aid hurricane-ravaged Puerto Rico.

Hurricanes Irma and Maria decimated the island's electrical grid and dished out an estimated $90 billion in damages at businesses, resorts, hotels, homes, roads and bridges. Five months later, there are still thousands of residents without power and the winter tourism crush so critical to the island's bankrupt economy has disappeared.

Golf is here to help. On Saturday, 20 PGA Tour and LPGA pros will tee it up in the Puerto Rico Open Charity Pro-Am at TPC Dorado Beach, raising money for 20 Puerto Rican charities that serve people most affected by the natural disaster. This fundraiser replaces the Puerto Rico Open, an official PGA Tour event held for 10 years on the Championship course at Coco Beach Golf Resort and Residences, Puerto Rico. Another celebrity-amateur fundraiser tournament will take place Friday, featuring many former baseball stars such as Carlos Beltran, Carlos Delgado and Ivan "Pudge" Rodriguez. The Golf Channel will air a one-hour special about both events on 8 p.m. March 20.

Tournament Director Pablo Zarattini said both tournaments are oversold and that his goal of raising $500,000 has been surpassed. He's aiming to collect $750,000 or more.

"We had a huge response from the local business people," he said. "We have sponsors that have been here for 10 years. They back us in times of need. Everybody took a huge step up."

"What we are doing through golf is we are letting people know that Puerto Rico is open for business," Zarattini said. "We are on our feet fighting. The message of resilience is key. We got hit hard. We are fighting back and trying to get better than before."

With a renewed sponsorship from the Puerto Rico Tourism Company, the tournament will return as an official, 72-hole event in 2019 and 2020.

Every golf pro on the island has a story about the struggles at his or her facility. Although the island's best golf resorts remain closed, most of Puerto Rico's 13 championship golf courses opened within 6-8 weeks of Maria's landfall on Sept. 20. Every course required major cleanup efforts to remove fallen trees and debris.

For example, the TPC Dorado Beach won't reopen its Pineapple course for the foreseeable future, and is currently only operating its East and Sugarcane courses, down from 72 holes during its heyday in the 1990s. With the nearby Dorado Beach, a Ritz-Carlton Reserve, shuttered until Oct. 1, it doesn't make sense to maintain three courses.

"The biggest impact is the lack of resort rounds," said Jeff Willenberg, the director of golf at TPC Dorado Beach. "That hurt us. We do a lot (of business in winter), not only playing golf, but lessons and rental clubs and buying stuff (in the pro shop). We are not capturing that right now. Short term, it has been a challenge. We anticipated and budgeted for that.

"As far as local members, it's a small reduction in rounds. We have been pleasantly surprised. We are getting a lot of play."

Albert Rios, the director of golf at the Bahia Beach Resort & Golf Club, said weekend business has mostly returned back to normal the past two months. Playing golf provides islanders a few hours to escape the harsh realities of everyday life. The nearby St. Regis Bahia Beach is scheduled to reopen Nov. 17, according to a Marriott website providing closure updates throughout the Caribbean.

"We had members working seven days a week, doing volunteer work and trying to get their personal lives in order," said Rios. "They are trying to get some sense of normalcy, getting together with friends and playing a round of golf. That's why weekdays we are seeing less rounds because people are doing stuff related to the storm."

Few properties were hit harder than El Conquistador, A Waldorf Astoria Resort on the eastern tip of the island. Director of Golf Seth Henrich said his play is down 75 percent. His facility doesn't have the membership base of Dorado Beach, so he created a discounted rate to spur local play. His course was the first on the island to reopen because it has gas carts, not electric, which couldn't be charged without power at other facilities. But his pro shop didn't have any ability to accept credit cards. Without internet or phones in those early days, word of mouth was the only way golfers knew "El Con" was open. The entire resort just got power restored three weeks ago, despite the fact that relief workers have been staying there almost since the beginning.

"We are so limited with services and supplies. We are not a full service golf course. We are open. That is all I can say," Henrich said. "We are able to get you on the golf course, but it is not in resort shape. It is more a municipal course at the moment. To go from high-end resort to low-end muni, that's where we are at."

The resort has set no timetable on its reopening. However, the course, a hilly Arthur Hills design, could close in June to renovate greens and bunkers and install a modern irrigation system. Improvement projects like this has Henrich bullish on the island's future.

"[Hurricane Maria] strangely was a good thing for tourism long term," he said. "Puerto Rico had a tourist boom in the late 1980s and 1990s. That was when all the hotels were new and shiny and pretty and the courses, too. They all needed help (as they aged). With the storm cleaning everything out, forcing changes to be made and repairs to be done, we will eventually have a fantastic destination with solid golf courses coming out of this tragedy, and have some good properties for our tourists."

Willenberg agrees, saying the island is in hibernation this winter.

"We expect a huge jump next year (in business), at least at the high-end market," he said. "We will get the property back to normal."

How are the courses at Palmas Del Mar??