Jupiter Hills Club will be a stern test for the 2018 U.S. Four-Ball 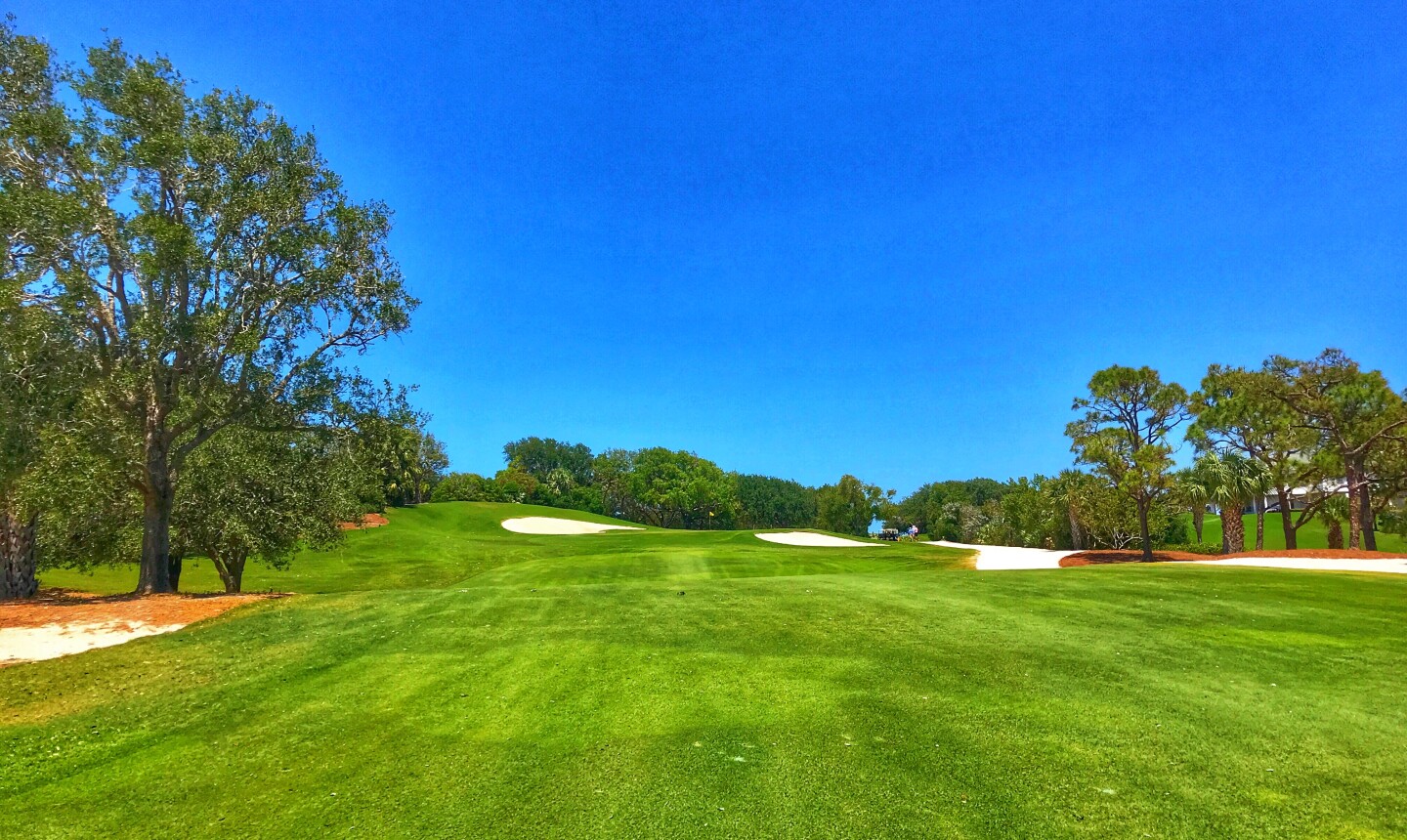 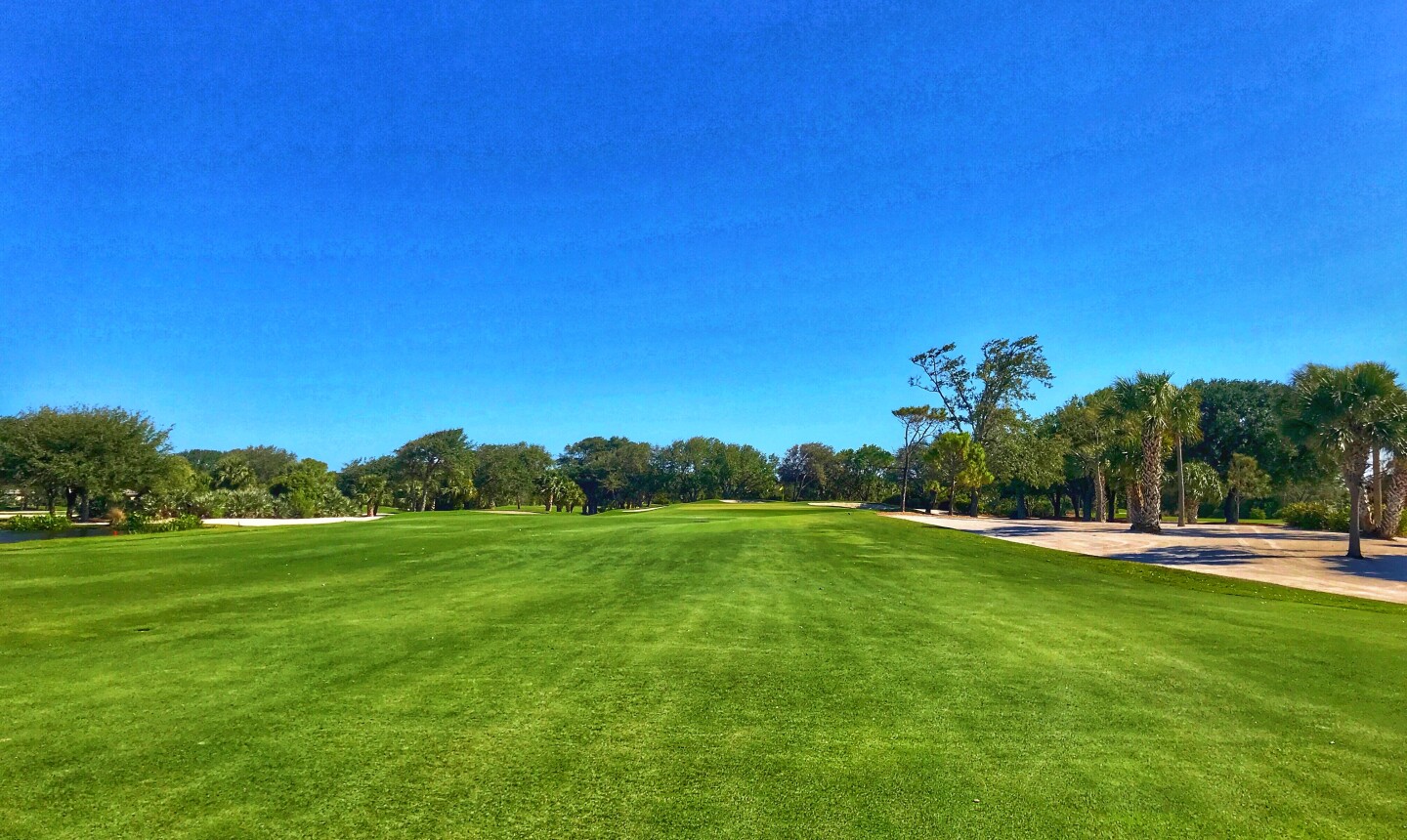 The flat approach to Jupiter Hills' Hills Course's first hole is deceptive - the green is one of the smallest on the course. Tim Gavrich/Golf Advisor 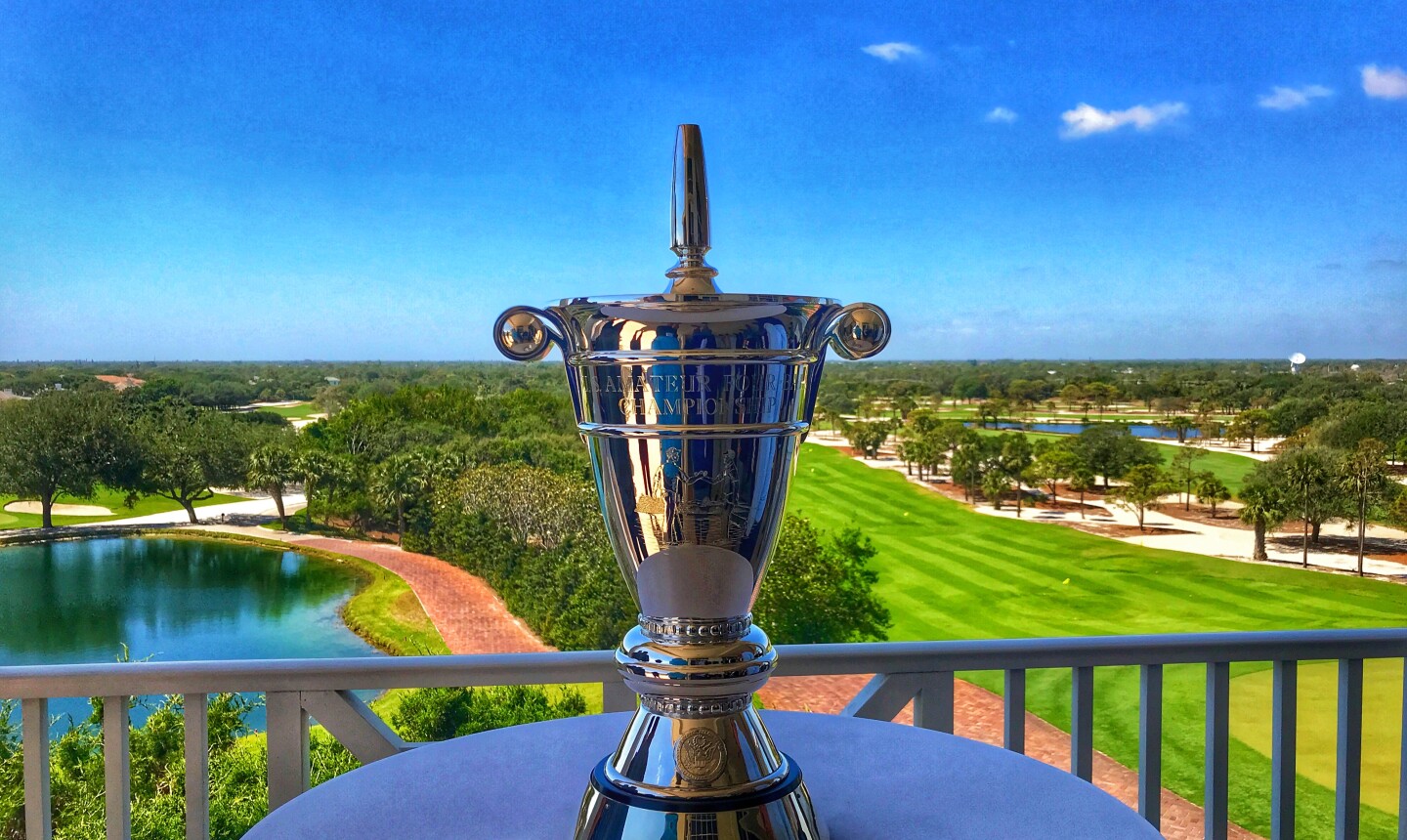 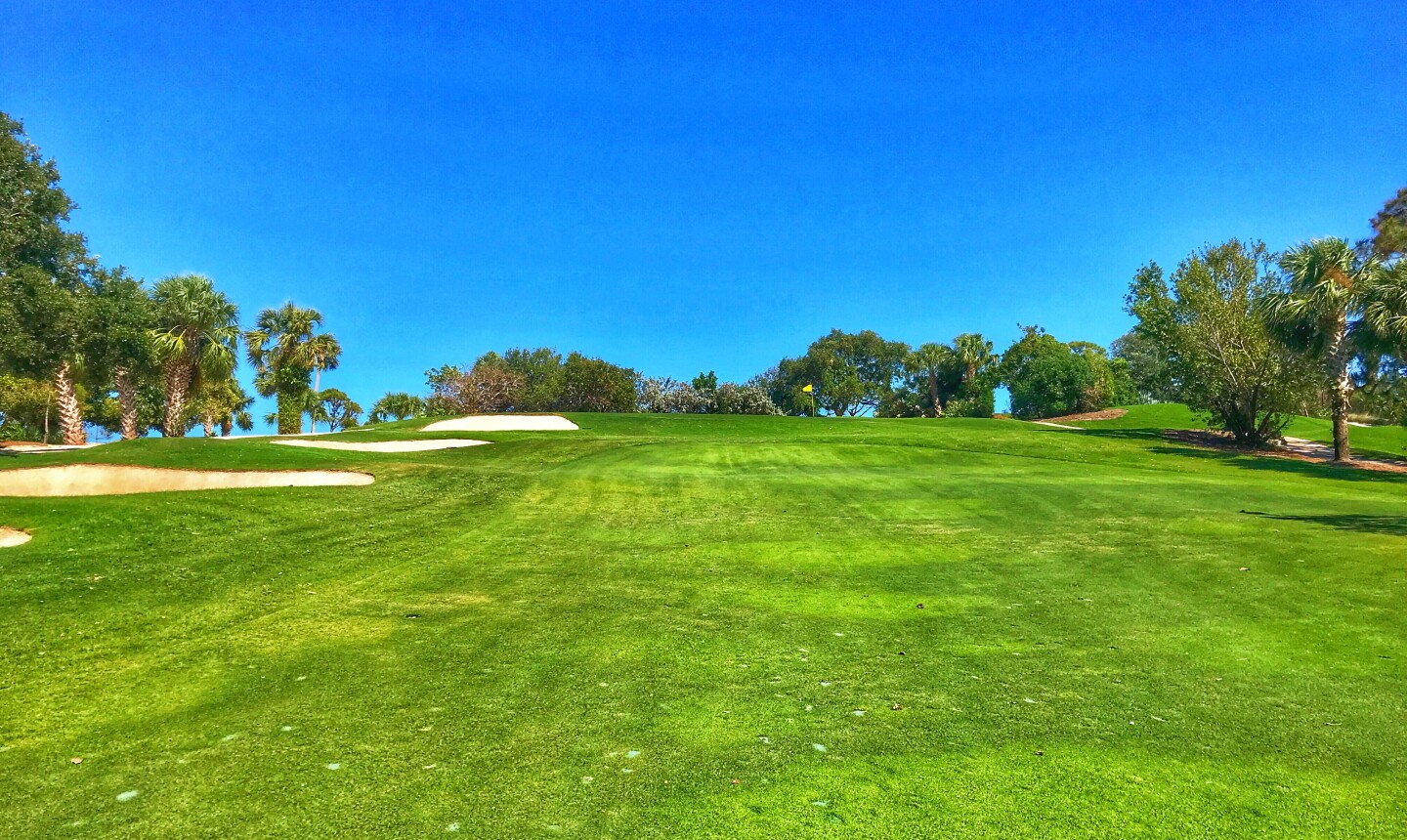 TEQUESTA, Fla. - Competitive four-ball (or "best-ball") golf, like that being played this week at TPC Louisiana for the Zurich Classic of New Orleans, tends to be a birdie fest. During rounds 2 and 4 of last year's event (the first and third rounds are alternate shot, by far the tougher main two-person team format), there were a dozen rounds of 62 or better.

While the Zurich Classic is a rarity in the pro game, the elite amateur is rife with two-person team tournaments. State golf associations have long-running four-ball events, and independent tournaments like the Anderson Memorial at Winged Foot and the National Invitational Tournament at Whisper Rock in Arizona are among the most popular amateur events on the calendar. One fun take on this I've heard of is a four-ball tournament where the sum of each team's ages has to be 100 or greater.

I attended the media day for the men's edition, to take place at Jupiter Hills Club's Hills Course, with the Village Course to be used as a secondary course during the stroke-play portion of the championship (low 32 teams after 36 holes of stroke play make match play).

If mid-April course setup and conditions are any indication of what will greet players in later-May, Jupiter Hills will not be hosting a birdie fest. Many matches here will be wars of attrition - birdies will be precious commodities - and the steadiest, most disciplined players and teams will be most likely to emerge victorious.

Two traits particularly stand out at the Hills course that will test players. The first is the course's namesake. The property occupied by the George Fazio design contains some of the most interesting ground in the Sunshine State. Many approaches play as much as a club longer or shorter due to elevation change, and the ever-present winds can further complicate things, especially on holes like 16 and 18, whose elevated greens require sky-high approach shots.

The other fear factor is the greens, which are immaculately kept, fast and very firm. Hole locations will likely dictate strategy on approach shots, particularly on shorter par fours with front pins. Short-side misses will be disastrous, as will most misses past the hole. Around some greens, like the short par-4 sixth, a miss long might mean the next shot will be impossible to keep on the green. Course management and tactical soundness will be crucial at Jupiter Hills.

Enjoyed playing Jupiter Hills (Hills) as part of US Amateur Four-Ball Preview Day. No cases of the Mondays to be found here... The “Hills” name is no joke - holes like 1 (down), 9 (up) 16 (down then up) and 18 (down then way up) have some of the most dynamic elevation changes anywhere in Florida. Neat place - VERY tough course.

#1: The difficulty will begin right off the bat at the Hills Course, as the opening hole, normally a par five, will appear on the official scorecard as a 491-yard par four. Par is mostly an artificial construct at the end of the day, but it does have a psychological effect on golfers. The fact that the perched first green is one of the course's smallest will mean this hole will be halved with bogeys quite often

#9: I've played a lot of tough par threes, but the ninth hole here is one of the most brutal I've seen. Teams who have to finish up their 36-hole stroke play qualifying on this hole had better have some cushion. It plays about 200 yards, a half-club uphill to essentially a peninsula green, as anything but a minor miss is likely to be lost or in very dire straits. Long is dead (jungle), right is dead (big drop-off into sand and bushes), left is probably dead (trees, sand) and short is merely very bad (massive, deep fronting bunker). There are some gathering slopes on the green, but only if you can land a high-flying, high-spinning long iron deep enough into it so that your ball doesn't hit the downslope on the front of the green and kick long. Yeah, it's a hard hole, which will be won with a team bogey multiple times.

#16: This is a rare birdie opportunity, at just 353 yards on the tournament scorecard. But this down-then-up hole requires precision on both the tee shot and the approach. Players who hit too much club off the tee and leave themselves a less-than-full wedge up a 30-foot hill will have to hit an absolutely perfect shot to get it close. Best to lay back a little farther, but how many players will be that disciplined?

You should go (and pitch in)

If you live in Florida, this is a great opportunity to marvel at the skill of elite golfers in an intimate setting at one of the most exclusive courses in the country. Hanging out around the ninth green at the Hills course for a couple hours and watching the carnage should be a lot of fun, and the sixth, 16th and 18th greens are also close by, as are the first, seventh, tenth and 17th tees. You won't need to walk much to see a ton of golf if you choose to stop by during the tournament.

Another great way to experience the tournament: signing up to volunteer. Jupiter Hills Director of Golf Kevin Muldoon and his staff are looking for some more volunteers for the event. Volunteering at a tournament is a great way to give back to the game; if you're interested in doing so, click here.

And to learn more about the U.S. Amateur Four-Ball Championship, click here.

The 2019 U.S. Amateur Four-Ball Championship will be held at Bandon Dunes Golf Resort in Oregon. The handicap limit, per player, is 5.4. The application will be available here in early May. 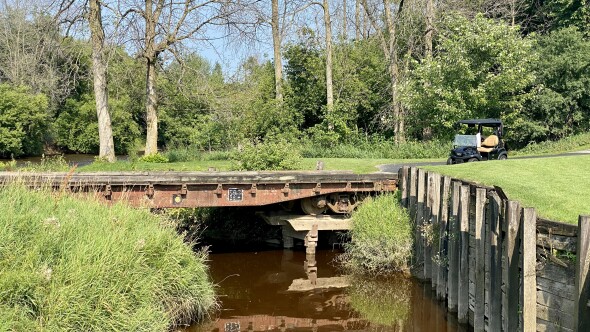 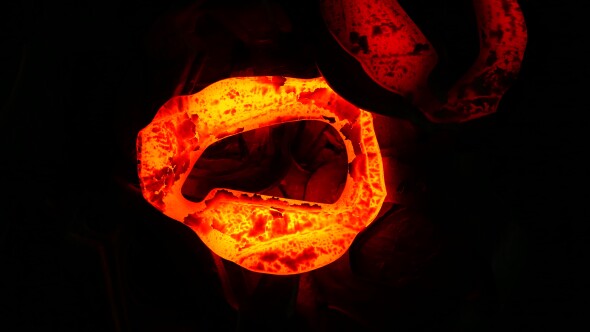 Kira K. Dixon
Lifestyle Correspondent
Now Reading
Jupiter Hills Club will be a stern test for the 2018 U.S. Four-Ball
New Cookie Policy
WE AND OUR PARTNERS USE COOKIES ON THIS SITE TO IMPROVE OUR SERVICE, PERFORM ANALYTICS, PERSONALIZE ADVERTISING, MEASURE ADVERTISING PERFORMANCE, AND REMEMBER WEBSITE PREFERENCES. BY USING THE SITE, YOU CONSENT TO THESE COOKIES. FOR MORE INFORMATION ON COOKIES INCLUDING HOW TO MANAGE YOUR CONSENT VISIT OUR COOKIE POLICY.
CONTINUE
Search Near Me