From humble condo complexes to private enclaves where homes average more than a million dollars, Southwest Florida is home to one of the most extensive strings of retirement communities in the world. Bracketed by Tampa in the north and Naples in the south, there are hundreds of golf courses, and the majority of them, for better or worse, are the centerpieces of master-planned housing communities.

The frenetic pre-Recession pace at which many communities were built meant that housing sightlines took precedence over sound golf course design in most cases. With a few exceptions, this corner of the golf world is more about quantity than quality.

One of those exceptions: Lakewood National Golf Club, which sits in one of the densest communities in Southwest Florida: Lakewood Ranch, a vast master-planned-community-of-master-planned-communities 15 miles inland from the pleasant Gulf of Mexico-side cities of Sarasota and Bradenton. The annual host of the Korn Ferry Tour's LECOM Suncoast Classic since 2019, it sports two golf courses that both ranked in the top four in GolfPass' latest Golfers' Choice list of America's 50 top-rated courses.

The club's 36 holes were designed by the Arnold Palmer Design Company's Brandon Johnson, one of the most creative architects working today. That quality came in handy on a 900-acre tract of flat, mostly featureless land where developer Lennar also sought to fit in more than 1,500 homesites, plus the suite of non-golf amenities that feature in many contemporary "resort-style" communities: tennis, swimming, fitness and a sizable clubhouse.

Despite the myriad demands on the finite space at Lakewood National, Johnson managed to produce two golf courses that residents and public guests would be glad to play over and over. Within the golf corridors, Johnson's team moved dirt with refreshing sensitivity, lending a sense of plausible movement that stands out favorably against most community courses, whose holes march through repetitive systems of containment mounding that mimics nothing in nature except a bulldozer driver's desire to get the job done quickly.

Lakewood National's Korn Ferry-hosting Commander Course (#1 on the 2022 Golfers' Choice Top 50 list) came first, opening in 2017. Golfers are often right to assume that courses that host high-level professional events might be too difficult for the average player, but the Commander is playable by all - the winning scores of the KFT event were 26-under in 2019, 23-under in 2020 and 13-under last year.

There are some snares a golfer can fall into on full shots, but lost golf balls are less of a concern here than at most real estate courses. Instead of relentless punishment off the tee, Johnson loaded the bulk of the challenge where it belongs: on and around a set of adventurous green complexes. At other courses he has designed and renovated - Wexford Golf Club and Old Tabby Links in the South Carolina Lowcountry come to mind - Johnson has shown a willingness to be bold with his green designs, which sometimes push the boundaries of what lay golfers might consider appropriate, in a way that reminds of Mike Strantz or Tom Doak at times. After all, if there are only rows of houses to behold when the golfer's eye wanders, it's best to keep his or her attention on the course itself.

The long par-3 8th hole on the Commander Course is a confident statement of Johnson's approach to design. Even though it stretches to 215 yards from the tips, almost any golfer will feel silly for missing its enormous, 60-yard-deep green. The putting surface is an homage to the Punchbowl template popularized by Golden Age architects like C.B. Macdonald and Seth Raynor, so it tends to gather peripheral shots inward. But there are several humps and bumps within the bowl, making the hole an excellent test of one's powers of lag-putting. 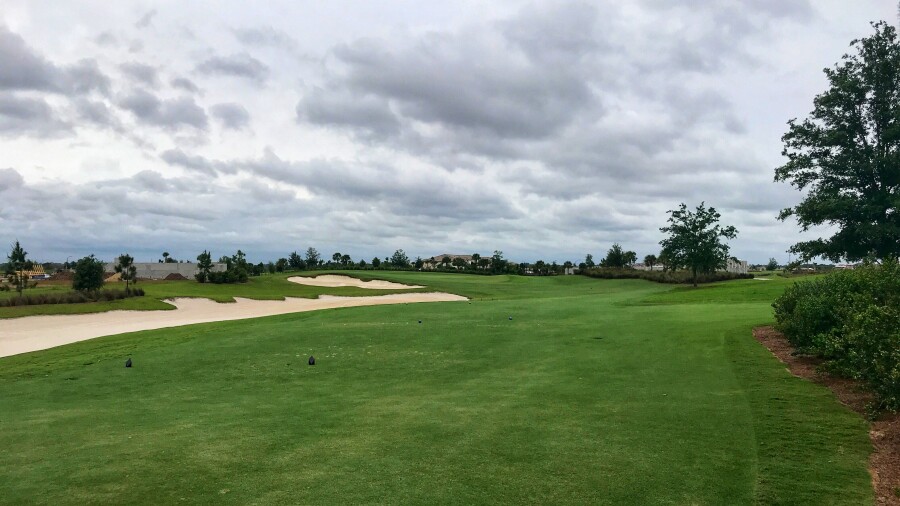 Despite the sandy areas, the Punchbowl green at the par-3 8th at Lakewood National's Commander Course looks fairly tame, until... GolfPass/Tim Gavrich 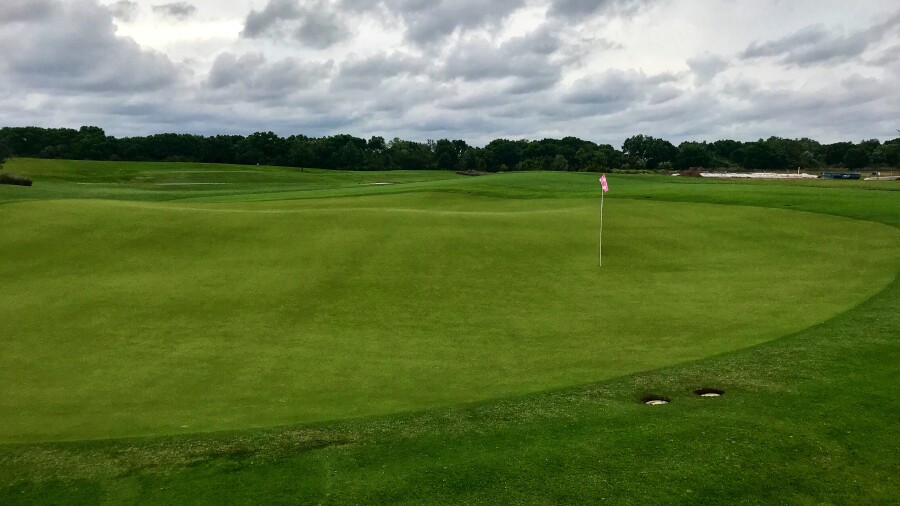 ...the golfer reaches the undulating interior of the putting surface. GolfPass/Tim Gavrich

Conscious of how side-by-side courses by the same architect can often feel indistinguishable, especially in an otherwise nondescript setting, Johnson set the Piper Course apart from Commander in both subtle and overt ways. One of the former kind: sharply rectangular tee boxes on Piper's par 4s and 5s that contrast directly with Commander's rounded, free-flowing tee areas.

What most golfers will notice about Piper, however, is a generally different flavor to its greens. Whereas Commander's tend more toward concavity, Piper's putting surface perimeters are more likely to shrug imprecise approaches away into short-grass surrounds, prompting repeated dilemmas over what type of recovery shot - putt, bump-and-run, spinny pitch - is best.

This convex aesthetic extends to the landing areas on many holes, too. Wandering close to the edge of play is less likely to lead to a redirecting bounce. However, these side areas often give the strategy-minded player a more inviting look on an approach shot. And as compensation for the minimal sideboards, the fairway bunkering at Piper is less imposing.

At Piper's superlative par-4 8th hole, Johnson elides fairway bunkering altogether - the slender, angled green is challenge enough. The golfer who hits the left half of the fairway is at a distinct advantage here; stray right and while you will still find short grass, you will have to play across an abrupt tier in the terrain which forms the right edge of the green. The feature is something one might expect in Scotland, rather than Florida, but it works brilliantly with Lakewood National's bouncy turf.

Big-name resorts like Streamsong, TPC Sawgrass and PGA National furnish many panel-driven magazine lists with their layouts, but don't discount the citizen golfers who gave Lakewood National's two courses high praise throughout 2021. The 2022 Golfers' Choice list of America's 50 top-rated courses where Commander and Piper finished #1 and #4 combine criteria like course layout and conditioning with factors like pace of play, staff friendliness and more, which underscores golfers' appreciation for Lakewood National as a solid overall place to play.

With real estate booming once again, Lakewood National seems destined to convert to a fully private membership model as the community reaches full build-out. It is a bundled community, meaning that purchasing a home inside its gates also includes club membership. But for now, public tee times are still available, with green fees topping out around $150 in the peak winter season. If you find yourself in Southwest Florida in the near term, do yourself a favor and play both courses to give yourself an idea of what levels of sophistication residential golf can reach. Who knows? You might become a new resident at one of the state's best 36-hole facilities. 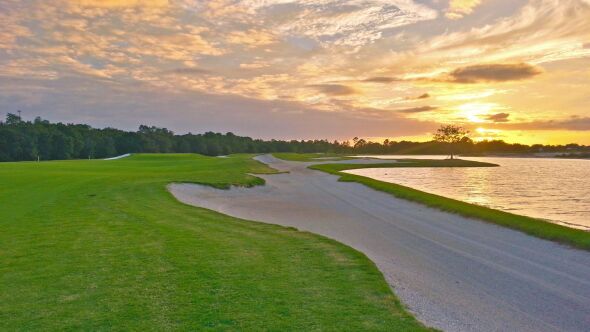 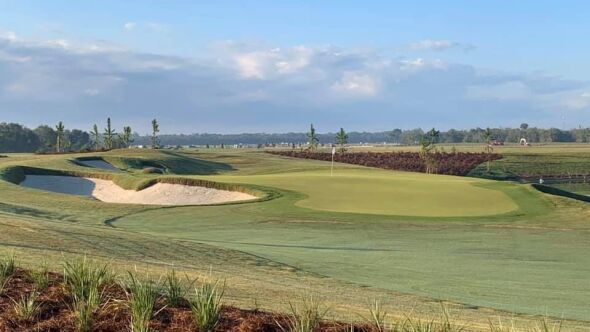