A second Virginia property is the latest design from the late architect rescued from the brink.

Good news in the business of golf course operations has been in short supply over the last decade or so. Each year since 2006, more golf courses have closed than opened, and in the last several, there has been an annual net golf course loss of 100 or more in the United States.

Most of the casualties have been mediocre courses, but there have been several high-profile losses, some of them particularly devastating to golfers who like to seek out some of the more unusual examples of our preferred playing field.

Located about half an hour northwest of Williamsburg, Va., Royal New Kent Golf Club and The Tradition Golf Club at Stonehouse stood out as prime examples of the toll an economic downturn took on an overbuilt golf market. Both courses, designed by the late Mike Strantz, closed in 2017 as their owner, Traditional Golf Properties, aimed to sell them off, along with the nearby Golf Club at Brickshire. The "Brickshire Community Association" bought the course last March for $2 million, and Wingfield Golf Management, a Greenville, S.C.-based owner/manager group, purchased Royal New Kent last June for an undisclosed amount and plans to reopen the course this April in the wake of a restoration to Mike Strantz's original vision. Wingfield manages Brickshire and owns the nearby Club at Viniterra, a Rees Jones design. 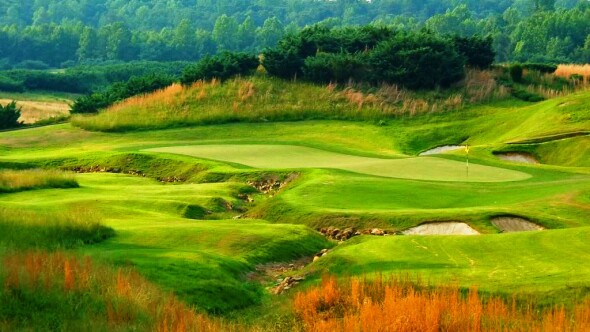 Articles
4 Min Read
Mike Strantz fans rejoice: One of his designs is coming back online
For those of us who appreciate the late architect's artistry, it looks like we're getting one of his courses back.

Compared to Brickshire, at least, Stonehouse went for a song: just $800,000 according to Michael Schwartz of Richmond Biz Sense, to former member Joe Sanders, who lives in nearby West Point. The deal sounds even better juxtaposed with Stonehouse's $16.3 million price tag in 1997, a year after it opened.

While Wingfield's post-purchase investment into Royal New Kent is estimated at around $2 million. Sanders plans to put $1.4 million into Stonehouse's refurbishment. Sanders owns his own construction company, and plans to save money by using his own expertise and enlisting his own personnel in the project. Stonehouse is expected to reopen in July 2019, whole Royal New Kent will reopen in April.

While Royal New Kent affects an Irish links-like look in places, Stonehouse is more of a parkland course, with some dramatic elevation changes and ravines creating drama in the routing.

One common challenge for Royal New Kent and Stonehouse's new owners will be dialing in the maintenance of both courses. Strantz was a visionary golf course architect, and his designs hew to the more maintenance-intensive end of the spectrum. Deep bunkering, wide fairways and large greens are hallmarks of both courses, and it will be interesting to monitor reviews from our discerning readers, who have commented on the decline in conditioning at both facilities in recent years.

(Note: Despite his small body of work, Mike Strantz's page on our site is more popular than that of any other golf course architect. To learn more about his courses, click here.)

As someone whose own interest in golf course design was awakened by Mike Strantz (at Caledonia Golf & Fish Club and True Blue Golf Club, his two designs in Pawleys Island, S.C.), I'm thrilled to see these two courses saved from redevelopment. As golfers become more educated about golf course design, Mike Strantz's legacy is set to shine brighter, with his two Virginia courses playing their own crucial roles. 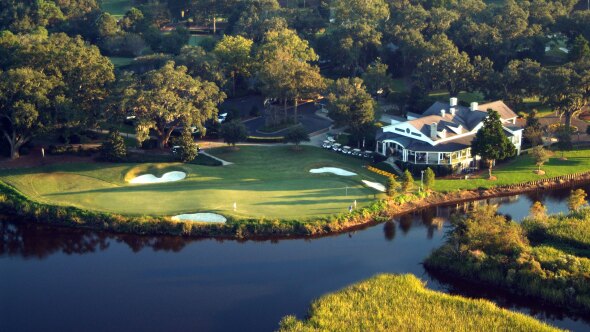 Architect Page: Mike Strantz
Despite a limited body of work and an untimely demise at the age of 50 in 2005, Mike Strantz endures as one of the most inventive and influential modern golf course architects.
GolfPass NewsArchitecture

Tim, now if we can get some one to pump some money into Tot Hill Farm.. it's an amazing track that i fear won't be around much longer.

Stonehouse was my first ever job (cart boy) at a golf course and is where I cut my teeth truly learning the game. Legends owned both at the time so I spent a good bit of time helping with events at Royal New Kent, as well. I'll concede that the blind shots the first time or 2 around can leave folks discouraged, but once you know the lines these are two thrilling and spectacular designs. I was lucky to have seen each of these in their prime and when they are in top condition there are few experiences that can compete with the stunning and compelling scenes these two provide. I am so excited to play these two again and wish them much success going forward.

I was fortunate enough to discover both of these courses early in my golfing life. I flew to my childhood home in Central VA one year & played Stonehouse as I saw it was listed as one of the best courses in the state. Even though I came away with a few mayfly bites, I was blown away by the superb routing, variety, and beauty of the course. The next year I played Royal New Kent and I made it my passion to find and play other courses designed by Mike Strantz. I found out about the "Maverick Trail," so I traveled the next year to NC to play Tobacco Road and Tot Hill. And now, it has been about 10 years since I have played True Blue in SC and I have yet to play Caledonia, but it is on my bucket list.

While I haven't replayed the two, I would have been severely disheartened if I was back in VA and been aware of the courses closing. Yes, these course may have been built with the "Tiger boom" in mind and could have caused the glut of courses. However, they are great masterpieces that should be cherished by golfers for their uniqueness. I believe Strantz created golf experiences second to none.

As far as I am concerned, Mike Strantz is one of the greats in golf course architecture and I am not disturbed that he may have moved tons of earth to create the mounds, hills, and shapes on his golf course. I consider his routing to be perfect. He has created excellent golf courses and I would play them every day and twice on Sundays and never be disappointed.

I'll agree that Caladonia is a wonderful course but have to argue that True Blue has way to many blind shots to make it a great course unless that style layout apeals to you. Hitting over post set in the rough makes no sense to me . I prefer seeing what 's out there and letting that get in your mind. Hitting at a post hold no interest unless you think it takes away the fear of what's out there. Just one man's opinion. Royal New Kent seemed to me to have similar blind shot holes as well but haven't played there in many years

Even though I live in PA. I was able to play both of these courses while on a 5 year work assignment near Norfolk, VA. These are the courses that convinced me that we needed more Mike Strantz and less Jack Nicklaus in the golf course design business (unfortunately, that just won't happen). I've proclaimed that The Traditions at Royal New Kent was my favorite course in Virginia. Stonehouse is brutal, but also playable and beautiful, and a different (Parkland) type of design. Mike Strantz was an expert ala Alistair Mackenzie in making the land into a form of camoflauge. Using elevation change, creeks, mounds, and swales to deceive the eye. So glad these two courses will be reopened to keep the genius of Mike Strantz alive. You MUST play these layouts when in the Williamsburg area. Then go play Tobacco Road in North Carolina.

So good to hear that these two wonderful courses are being saved from re-development. We had the opportunity to play the Mike Strantz trail - Stonehouse, Royal New Kent, Tot Hill Farm, Tobacco Road, True Blue and Caledonia a few years back and just loved the experience!

Right on to Fred's perceptive commentary. Everything he said is valid and on-point to the rather precipitous demise of golf interest and rounds. I will add that Costco and other big box retails do not open stores without comprehensive demographic research. The number of golf courses surged during the 80s, 90s and early 2000s with no regard whatsoever for demographics and competitive sets. Course developers bought into the flawed thinking of the "if you build it, they will come" crowd. Many of the new courses were tricked up and too difficult, which does nothing but frustrate players and drive new players from the game. On a great Los Angeles weekday golf talk show of the mid-1990s, I heard course architect Ted Robinson say he played a round at a new course of his design with his good friend Dave Stockton, who kept critiquing the course. At the turn, Robinson told his buddy that if he implemented even half of Stockton's suggestions, the vast majority of golfers, who can't break 90 (or even an honest 100) would never play the course a second time. A perfect example of this mentality is the Princeville's Prince GC on Kauai (now shuttered for a few years). Gorgeous, but too demanding for anyone but single-digit handicappers. Hawaii has had two handfuls of course closures during the past decade and the overpriced resort courses are all underutilized. Here in SoCal there we lost 36 holes from Pete Dye at Lost Canyons for all the reasons explained here and by Fred.

Great golf course Royal New Kent, glad it is coming back. Plan to play both this fall.

Played both of the Mike Strantz courses when I was living in the Norfolk area. Quickly fell in love with Royal New Kent. It was a very difficult course. I always left there beat up and wore out. Ironically though I couldn't wait to come back. I saw Mike Strantz in our store when he was building his house outside of Charleston SC. I told him it was(and still is) my favorite course. He smiled and replied "I had fun building that one". What a genius. RIP.