New again: 18 golf course renovations in 2018 to look out for 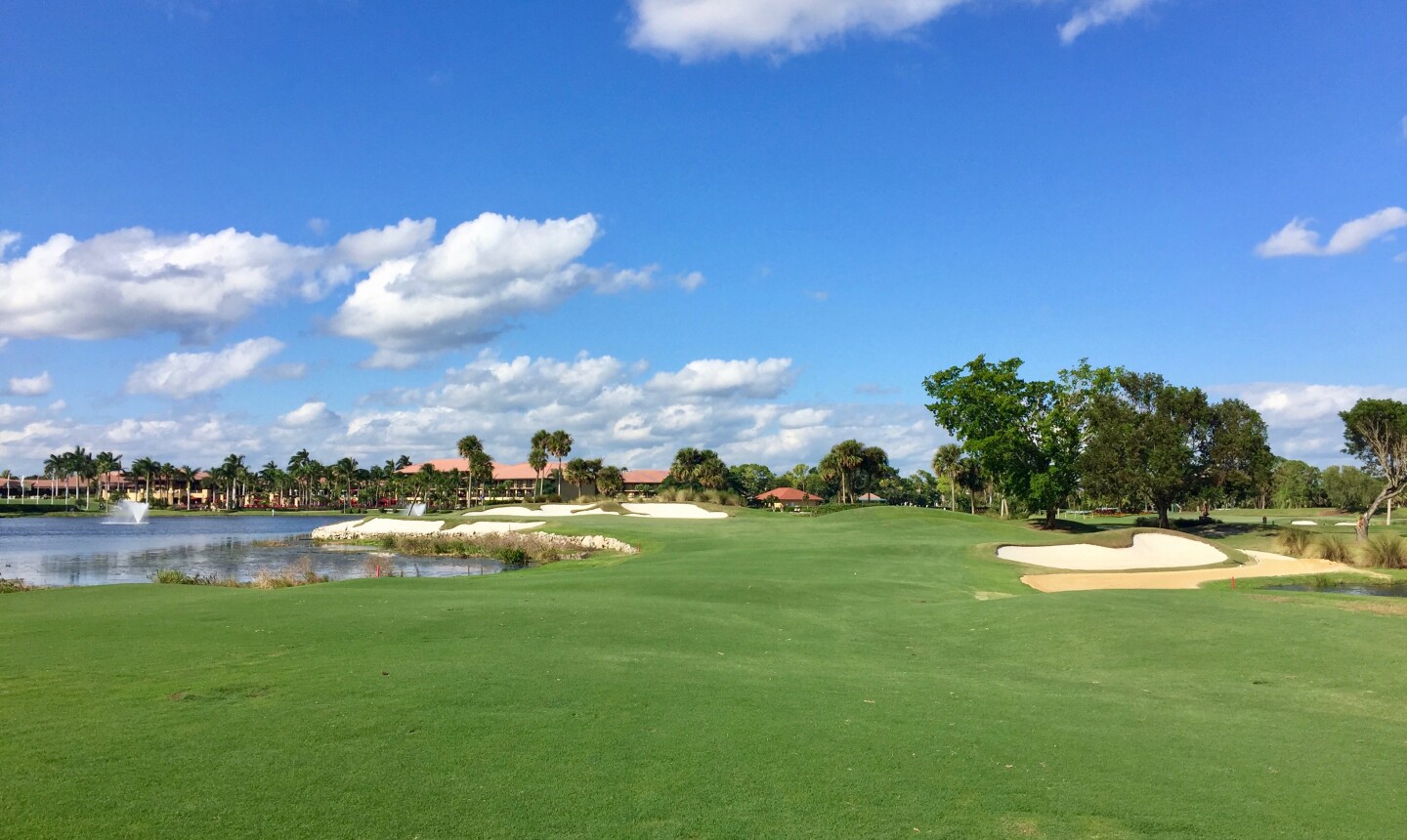 The Palmer at PGA National is one of many exciting golf course renovations to note in 2018. Tim Gavrich/Golf Advisor 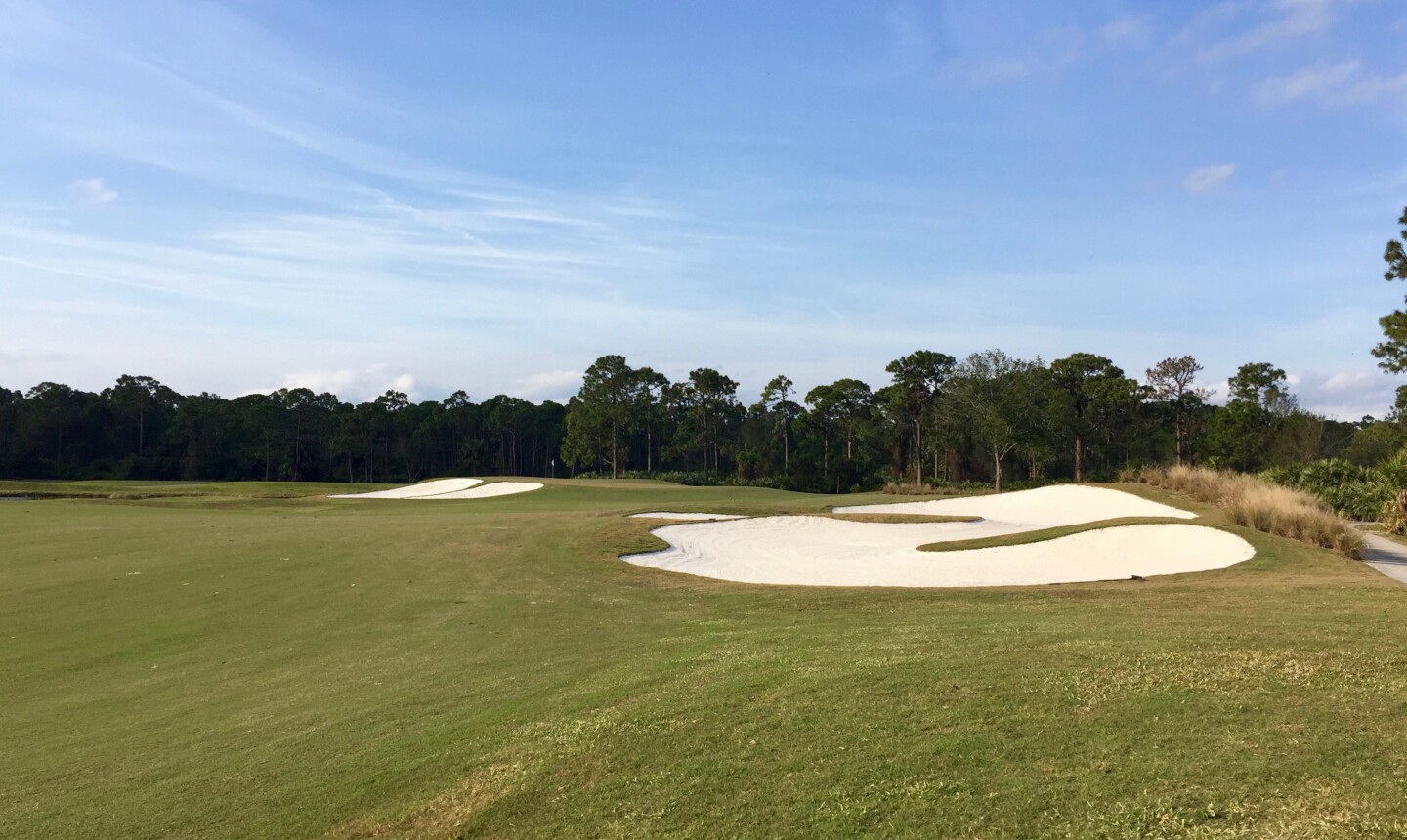 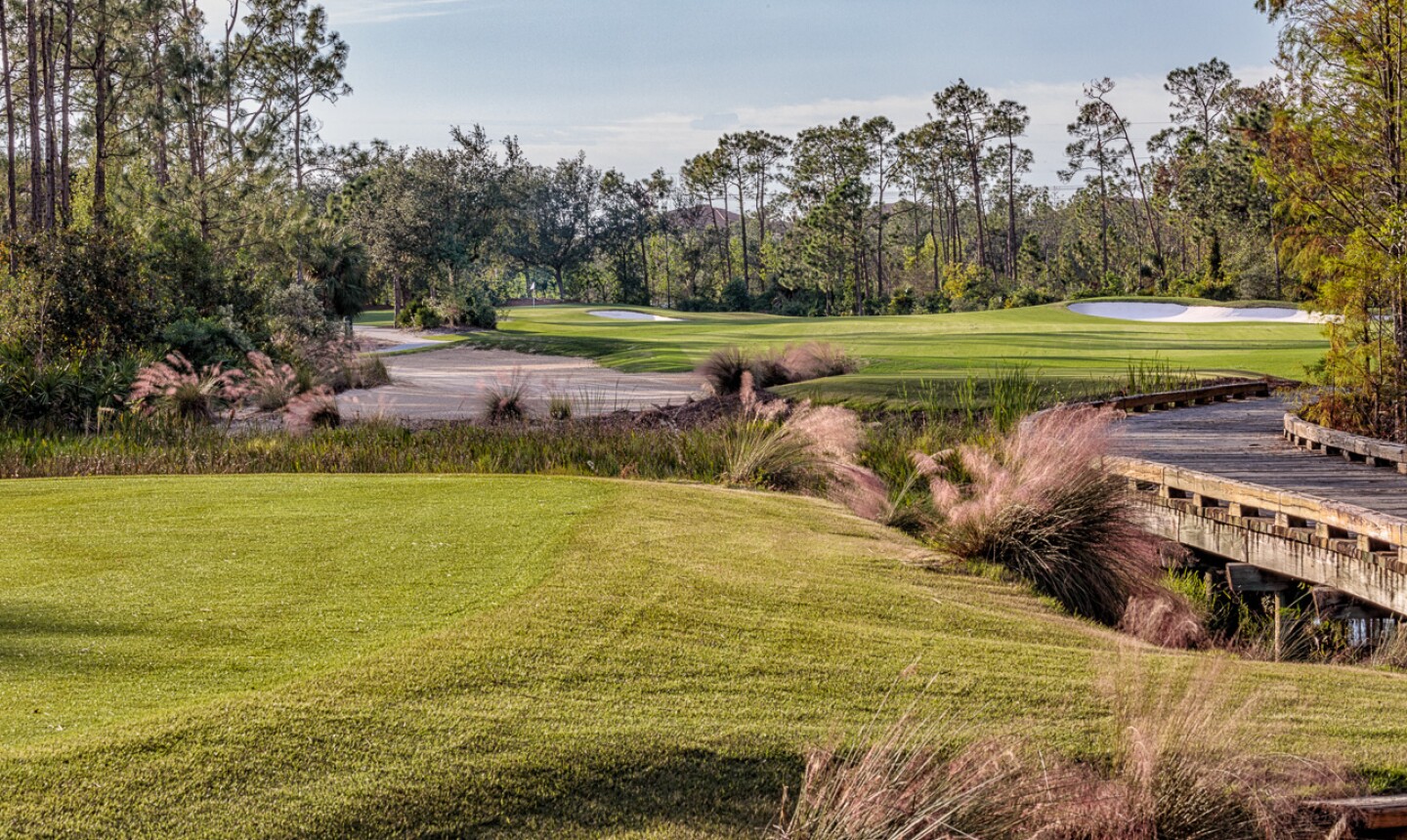 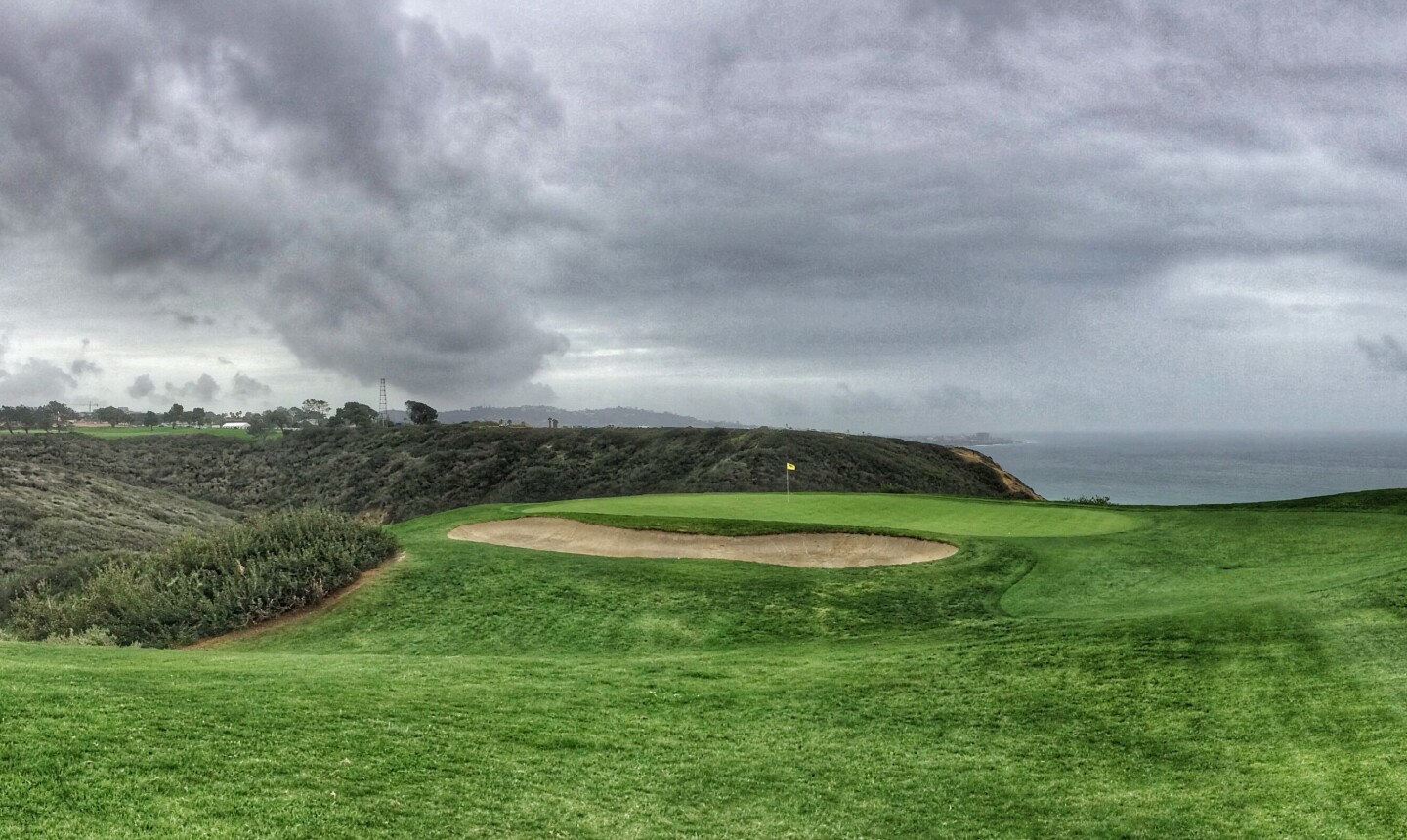 Rod Whitman's work at The Algonquin will yield some dramatic new holes, like the par-5 13th along the water. Keith Cutten/Rod Whitman Golf Course Design Ltd.

Times have changed in the golf world.

Through the 1980s, 1990s and early-2000s, it seemed that the stock of golf courses was growing exponentially. At one point, the phrase "a new golf course every day" was not hyperbole.

We are in the midst of a decade-old "new normal" in golf, where with each passing year, more courses close than open. Even though there is an exciting new crop of brand-new courses that will open in 2018, it represents a fraction of the numbers of courses that opened in each of the couple dozen years leading up to the recession of 2008.

As a result, architects who were having to turn away work in the past are now hard-pressed to get any at all. Some have even shuttered their design firms altogether.

That smaller pool of architects has responded by developing master plans and consulting for existing courses that, either through years of normal wear-and-tear or shortcomings in their original designs are in need of renovation or restoration work.

Since it's 2018, here are 18 golf course renovations and restorations to look out for in the coming year:

Brandon Johnson, one of the lead associates of the Arnold Palmer Design Company, led a thorough reexamination of this course, which dates back to 1984. He and his team, as well as on-site superintendents Brad Nelson and Jeremiah Lockhart, reshaped all 62 of the course's bunkers, recontoured the greens and regrassed the entire course, which now sports Celebration Bermuda fairways and TifEagle Bermuda greens. I played it shortly after it reopened and really enjoyed my round; it's a significant upgrade to an already solid facility.

This course, originally the Eagle Course at the two-course President Country Club, was just redesigned by Jack Nicklaus along similar corridors as those left over when Robert Trent Jones II worked on the course a decade ago. A resort, owned and operated by the upscale Noble House brand, is expected to open in 2019.

The site of the LPGA Tour's annual LOTTE Championship, Ko Olina's bunkers were redone in recent months, with one of them now shaped like Mickey Mouse in order to honor the nearby Disney-owned Aulani Resort.

Each of the last three years has seen a major renovation project at one of PGA's three main-campus courses. In 2015 it was the Tom Fazio-designed Wanamaker, in 2016 the Dye Course and in 2017 the facility's other Fazio course, the Ryder, which I played and thoroughly enjoyed a few weeks ago.

After renovations in 2016 to the Gold Course, which hosts the LPGA Tour's CME Group Tour Championship and PGA Tour's QBE Shootout, it was the Black Course's turn. Also a Greg Norman design, the Shark's firm consulted with Tiburon Director of Agronomy Jeff Cathey to "remaster" the course, resurfacing the greens with TifEagle Bermuda and adding a set of "family tees" that allow the course to play just 4,000 yards. This project will also deepen the visual difference between the two courses, as the Black Course's bunkers will have graded faces, in contrast to the stacked-sod lips of the Gold Course's.

All three Robert Trent Jones, Sr.-designed courses at this 7,000-acre resort are getting makeovers as part of a $60 million, resort-wide refurbishment. The Slick Rock Course took its turn last year, and now Robert Trent Jones II's team will be updating the Ram Rock this year, with the Apple Rock Course to follow. (Note: This isn't the only big-time resort renovation underway in the Austin area - the Omni Barton Creek Resort is undergoing its own, $150 million renovation, with some of those funds devoted to its four golf courses.)

In 2013, historic flooding ravaged Alberta and practically washed away this 36-hole facility near Banff with two Robert Trent Jones., Sr. courses. The complete rebuild has come along slowly, but once May rolls around, golfers will once again take to the fairways at Kananaskis, with its Mt. Lorette Course opening while the Mt. Kidd Course receives some finishing touches. Most golf course renovations are months in the making. This one is years in the making.

Golfers don't generally come to Ireland for parkland courses, but Irish billionaire J.P. McManus' ultra-luxe Adare Manor, with a course significantly redesigned by Tom Fazio, might change that somewhat. Regardless, it will command a steep green fee when it debuts in April. Might this be Ireland's next Ryder Cup host venue?

Ginella on the state of golf course design

In preparation for hosting the U.S. Open, which will return to San Diego in 2021, Torrey Pines South is going to receive about $12 million worth of work over the next two years. The first phase, planned for 2018, includes a total replacement of the irrigation system. 2019 will see even more substantial changes, as all of the course's bunkers will be rebuilt, with some being repositioned, some removed and a few more added to increase the demands of an already stern test. The course is expected to remain open during these projects, but if you're planning a visit, be aware that there may be some construction to avoid.

The Phoenician is taking a less-is-more approach with this project, which will reduce the resort's golf complement from 27 to 18 holes, reducing the total turf footprint by 45 acres. Architect Phil Smith is working within existing corridors but the overhauled Phoenician will be a substantially new experience when it reopens this fall. Smith's resume includes renovation work at TPC Scottsdale's Stadium Course as well as Desert Mountain's Cochise, Geronimo and Renegade courses.

Rod Whitman received a jolt of widespread notoriety in golf thanks to his efforts at Mike Keiser's and Ben Cowan-Dewar's Cabot Links. Now, the Pete Dye, Bill Coore and Ben Crenshaw disciple is working on a sensitive renovation of The Algonquin, a classic course originally designed by Donald Ross on the grounds of an ascendant grande dame hotel and resort in the relatively unknown (to golfers) province of New Brunswick. Also worth noting: Cabot Links co-developer Ben Cowan-Dewar has been consulting on the project as well.

This Dick Nugent/Bob Lohmann design was closed for much of 2017 to receive a comprehensive freshening courtesy of Rick Jacobson, who cut his teeth in the employ of Jack Nicklaus' design group before striking out on his own. One key focus of the Sunset Valley project is to add considerably more fairway-length areas around the greens so as to permit a variety of short game shots from golfers at this muni in Chicago's northern suburbs. The course is scheduled to reopen in July.

Texas-based architect John Colligan has spearheaded several renovation projects at Lone Star State golf courses, particularly of the municipal variety. His work at Brackenridge Park in San Antonio, Stevens Park and Luna Vista in Dallas and Rockwood in Fort Worth. Colligan has added strategic interest at Chester Ditto in the form of rugged bunkering, new greens and some split fairways.

It's not just the high-end resorts getting some TLC in the Austin area this year. This 1992 Dick Phelps design, owned by the City of Round Rock and managed by Kemper Sports, is receiving a $5.1 million touch-up that will see the rebuilding of green complexes and bunkers, as well as the introduction of a bet-settling "19th hole."

Architect Raymond Hearn, best known for course designs in the Midwest, has been hard at work restoring the historic Upstate New York muni, which was one of the first golf courses built with Works Progress Administration funding during the Great Depression.

Lester George, whose Kinloch and Ballyhack Golf Clubs regularly top lists of the best courses in Virginia, has been working with the City of Blacksburg on its nine-hole municipal course, known to locals as, simply, "The Hill," where George's wife grew up playing. George did an admirable job adding playability to the Richmond area's Independence Golf Club a few years ago, and Blacksburghers should expect similar improvements when their course opens in early 2018.

Randy Heckenkemper, who has been most active in Arizona, will be renovating LaFortune Park's lighted par-3 course this year. It probably won't make national headlines compared with some of these other renovations, but it's a special calling for Heckenkemper, a native Tulsan who grew up playing the course. Many golfers dream of perfecting their home courses. Heckenkemper will get to live that dream.

Are any golf courses near you going under the knife and/or reopening in 2018? Please share your nominations in the comments below!

Tanglewood's Championship Course, site of many Champion's tour events and even the PGA in the 1970s will close in May for renovations designed by the RT Jones team, adding hybrid bermuda greens and renovating traps among other changes.

Bill--
Thanks for the tip; that's great news! I played Tanglewood many years ago in a junior tournament and really liked it. Glad to hear it'll be getting a tune-up.
--Tim

Mesa de yeguas in anapoima Colombia is a beautiful and awesome golf course for play and enjoy the unique landscape., Highly recommended.

Tim, Newmacolin in PA opened its new course called Shepherds Rock and boy is it worth playing. I hope your readers get a chance to play it . Its a Pete Dye layout and opened in July of 17. Its long and difficult.

You might want to check out Valley of the Eagles in Elyria, Ohio (west of Cleveland), a Jack Nicklaus redesign of former private Spring Valley Country Club. The course, which will be an upscale public course), was open for preview play in October and November last year and Nicklaus did a good job with this course. It is the first redesign of a course in the Greater Cleveland area in about 25 years.

I see this beautiful new Jeff Brower design weekly. It is off the charts for sure

Ron--
Yes; looking forward to seeing how it turns out. We actually mentioned Tempest in our "New Courses for 2018" piece here: https://www.golfadvisor.com/articles/2018-new-golf-course-17590.htm.
Best,
--Tim

Preserve at Oak Meadows is omitted but it’s a redesign renovation. 1/2 hour or less from O’Hare and should be on one of your new course or renovated course list for 2018.

Don't know how you missed it, but Pinehurst #4 is getting a complete makeover. Gil Hands is the architect. He also designed The Cradle at Pinehurst, which opened in October.

Hi Jack--
We didn't miss it - due to the transformative changes we know Gil will be making to No.4, I actually spotlighted it in my piece on brand-new courses to check out in 2018. You can read it here: https://www.golfadvisor.com/articles/2018-new-golf-course-17590.htm.
Best regards,
--Tim

Bobcat Trail in North Port FL has been renamed to Charlotte Harbor National, and is undergoing major renovations to bunkers at this time, and apparently re-doing the greens next summer!

TK--
Thanks for the tip! We look forward to learning more about the project as it develops.
Best,
--Tim 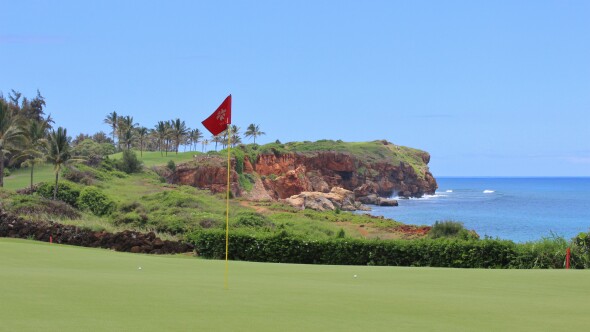 Tim Gavrich
Senior Writer
Now Reading
New again: 18 golf course renovations in 2018 to look out for
Search Near Me