Thanks to low ticket prices, great weather and activities, the Napa event is earning reputation as most fan-friendly stop on the PGA Tour

For the last four years, if any of the world's best players wanted to play in the Safeway Open at Silverado Resort & Spa, they had to rush to Napa, Calif., from either a Ryder Cup or President's Cup.

Only Phil Mickelson was game to make the effort. A new date on the fall calendar of the PGA Tour's 2019-20 wraparound schedule has already opened doors to a more talented field. The tournament, set for Sept. 26-29 on the resort's North course, has already attracted commitments from Adam Scott, Francesco Molinari, Justin Thomas, Brandt Snedeker, Patrick Cantlay and Bryson DeChambeau. Landing players ranked among the top 20 in the world just hasn't happened in the past. Mickelson, long-hitting Cameron Champ and sponsor's exemptions - Tony Romo, John Daly, Fred Couples and 17-year-old Akshay Bhatia (who led the Americans to a win in the Walker Cup in England) - are the other headliners.

Johnny Miller, a part owner at the resort and retired NBC Golf Analyst, said the new date and new FedEx Cup formula (where there are only three playoff events) has done wonders for the tournament already.

“Napa and Silverado are two wonderful places to bring the family. Players’ wives love it and so do the PGA Tour professionals. The Safeway Open’s new position on the tournament schedule opens the door for more top players to be here,” added Jeff Sanders, president of Lagardere Sports North American Golf Event Division, during the media press conference in August.

The Safeway Open presented by Chevron has quickly grown in prominence. Last year, all proceeds were donated to the victims of the Tubbs and Atlas fires that devastated Napa and Sonoma counties, killing 43 people.

It was recently named the most "Fan-First" event on Tour, sharing the honor with the popular Waste Management Phoenix Open. The Safeway Open's trademarks of wine, food, music and golf tend to create a "golf party" more than a tournament. For some of the most affordable ticket prices in professional golf ($35), fans get access to the Safeway Food and Wine Pavilion behind the first green. It is home to a sports bar, multiple restaurants by celebrity chefs Thomas Keller and Iron Chef Morimoto and tastings from local wineries. The 11th hole will house a “Brew Loft” - expanded this year to include a second pop-up restaurant, La Calenda, by Keller - and the 17th hole an expanded “Spirits Lounge.” The ‘Beers Fore Birdies’ campaign – where drinks get discounted with every birdie made by the pros – is located at the easily reachable 16th green.

The North and South courses at Silverado Resort & Spa 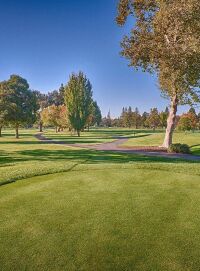 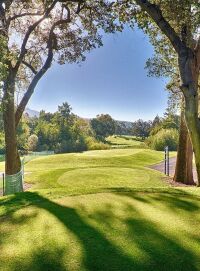 The concert lineup, held after golf on the lawn of the resort's mansion, features country music star Jake Owen on Thursday, Bad Company on Friday and Grammy Award winner Rob Thomas of Matchbox Twenty on Saturday night. The tournament's $6.6-million purse will pay out $1.88 million to the winner.

Once the tournament leaves, Silverado transforms back into the best golf resort in California wine country. Troon Golf deftly manages its 36 holes, providing excellent conditions and service for resort guests and members. Whether you're playing golf or relaxing at the spa, it's easy to enjoy Silverado's laid-back lifestyle.

Places to play golf and off-course activities in Napa
4:23