Several major architects have projects in varying stages of construction and design.

After a decade-long post-Recession hangover, golf course development is jolting back to life in a big way, particularly in Florida.

New golf course builds, total redesigns and significant renovations are giving off some subtle vibes of the early-2000s golf boom, even though we will likely never again - for good reason - see quite that manic a level of construction.

At present, there are more than a dozen and a half new golf projects in various states of development here in the Sunshine State. As one might expect, many of them are tied to real estate, and will fall somewhere on the price spectrum between merely "upscale" and "better be a billionaire."

That said, there are several more modest - and therefore more important to the greatest number of golfers - projects that are underway as well.

Here's what to be aware of:

Adjacent to its expansive Verano community near PGA Village, homebuilder Kolter hired Chris Wilczynski, who has built several solid layouts in Southwest Florida, including Esplanade at Azario Lakewood Ranch, which GolfPass reviewers ranked #20 in the state in this year's Golfers' Choice list. At Astor Creek, Wilczynski is drawing inspiration from Golden Age architects C.B. Macdonald and Seth Raynor and envisions striking flat-bottomed bunkers and adventurous greens defining the character of this course, expected to open in spring of 2023.

Versatility is central to the routing of this new Bobby Weed design in a 55+ Lennar community near Jacksonville. Several greens sit near enough to the clubhouse that golfers will be able to play loops of as few as three holes, or the entire 18 once the course opens in May.

Bill Coore & Ben Crenshaw will be turning about 100 acres near this popular resort's Lodge into a shortish course with holes of flexible lengths between 80 and 300 yards. It figures to be a strong compliment to the existing "big" courses: Blue, Red and Black. 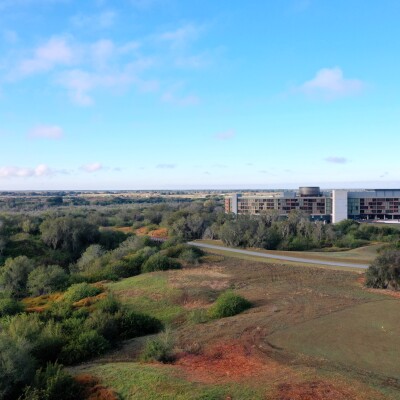 Articles
With Streamsong's announcement of a new short course, who's next on the tee?

Palm Beach Gardens' muni course was redesigned by Matt Dusenberry in 2013. A decade later, Nicklaus Design is working on an 18-hole par-3 course adjacent to the property, including a hole with an island green.

New ownership of this exclusive club reduced membership rolls while conscripting Bill & Ben to build them a new 18, which seems to wind through a similar mix of marsh and inland sand ridges that bless its original Tom Fazio/Nick Price course.

After more than 30 years with the USGA - the last decade as its Executive Director and CEO, Mike Davis has partnered with Tommy Fazio (nephew of prolific modern architect Tom) in a new golf course design firm. Their debut will come at the private, 1,200-acre Three Lakes, which will ultimately have 54 holes of golf, two clubhouses, two short courses and cabins for visiting members and guests. Three Lakes' ownership includes Michael Pascucci, who developed Sebonack Golf Club on the East End of Long Island; and Stephen M. Ross, owner of the NFL's Miami Dolphins.

Discovery Land is one of the premier high-end golf and real estate development companies in the world. Tom Fazio, over-the-top comfort stations and a younger but very well-heeled clientele is their wheelhouse, and Atlantic Fields figures to be their first foray into Florida. This club and community of 317 homesites will be carved out of a 2,300-acre tract owned by the citrus- and ornamental tree-growing Becker family, with about 800 to be set aside for "permanent agricultural preservation." Homesites will start at $3 million.

Another Nicklaus Design effort, Panther National has been in the works for a couple of years, but it made headlines recently when the project, owned by Swiss billionaire Dominik Senn, conscripted Justin Thomas to partner with Nicklaus on the design. A new era of "signature" golf course architects begins. Smart-home technology - including Tesla-powered electricity integration - is expected to figure into the multi-million-dollar homes that surround the course.

Formerly known as the "Clubs by Joe," in 2021 The St. Joe Company consolidated the Tom Fazio-designed Camp Creek, the Greg Norman-designed Shark's Tooth and the Davis Love III-designed, six-hole regulation or 10-hole par-3 Origins golf clubs under the new name of WaterSound Club. In addition to a new 75-room inn and a health and wellness center as part of a large master-planned community, a brand-new, 18-hole Love course is coming soon.

Our original thoughts and routing of @WaterSoundFL 😬
First, they are drawn by hand ✍🏼
Then they go into a computer system 💻
Then we start 👷‍♀️ pic.twitter.com/ovEJlsy2ct

Streamsong Blue won't be the only Doak course in the Sunshine State much longer. He's working on a new private course that, according to a post last October on architecture forum Golf Club Atlas, could open in late 2023. Expect more details about this project to surface over the course of this year.

Michael and Chris Keiser, whose Sand Valley has become a bucket-list destination in Wisconsin in less than a decade, have honed in on a sandy piece of property in the Florida Panhandle that should yield yet more exciting golf from some of the game’s most talented architects in the coming years.

The former World Woods has been purchased by the Cabot group with the intention of radically improving the already solid golf on the expansive property north of Tampa. With architects like Kyle Franz, Mike Nuzzo, Keith Rhebb and Riley Johns on board, golfers should expect big things out of the end product here. 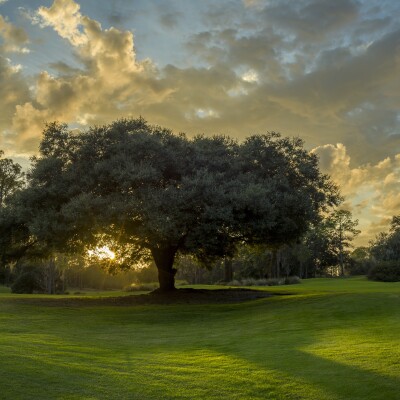 Located just east of the imperious Villages complex in the central part of the state, this course is receiving a full redesign by architects John Sanford and David Ferris, who are embracing the opportunity to build a 6,000-yarder with charm and character in a 91-acre footprint.

Two Florida cities are on the verge of significant upgrades to their municipal golf scenes. In West Palm Beach, the West Palm Golf Park is being reimagined by Gil Hanse into a super-muni for the modern era, with a new 18-hole championship course, short course, community putting green and more, all on a perftect piece of golf ground in the middle of the city. Meanwhile, on the other side of the state, architect Richard Mandell has finally received the go-ahead to start restoring 18 holes of Donald Ross golf at Bobby Jones Golf Club.

Finally, "golfertainment" is on the rise as well. Topgolf continues to grow, with seven locations in Florida and an eighth, in St. Petersburg, expected to open soon. The popular, Tiger Woods-supported PopStroke is going strong in Port St. Lucie and Fort Myers, with locations in Sarasota, Orlando, Tampa and Delray Beach all planned for 2022 openings. And another putting concept, the Drive Shack-owned Puttery, eyes a Miami location to add to its existing Charlotte and Dallas locations.

Too many boring flat courses in Florida. Hopefully the new courses can really bring something new and not more of the same.

Really need an influx of decent courses around Ft. Myers...