Play Where the (lady) Pros Play: The public courses that have hosted long-standing LPGA events 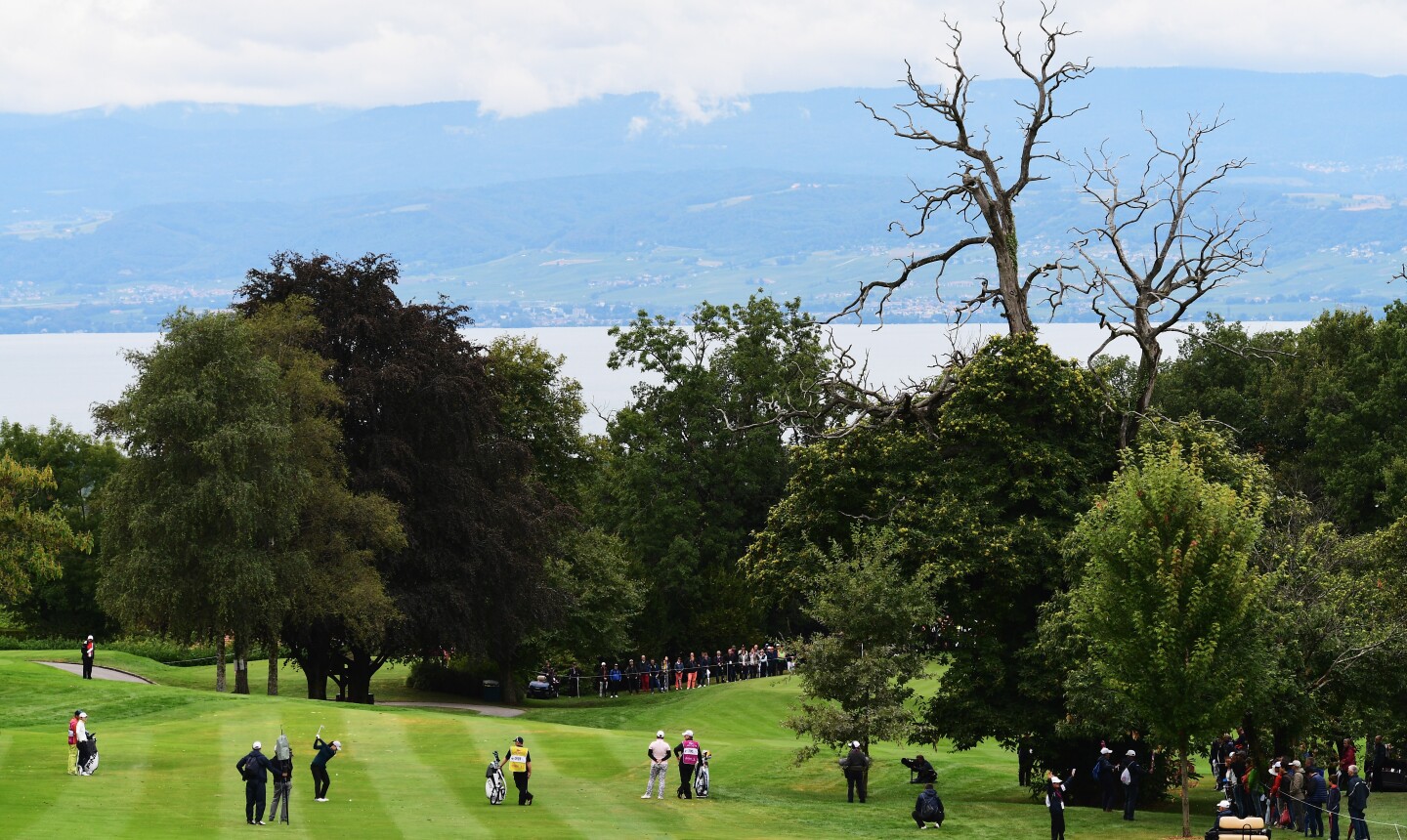 The Evian Championship in Evian-les-Bains, France is the LPGA's fifth major. Getty Images 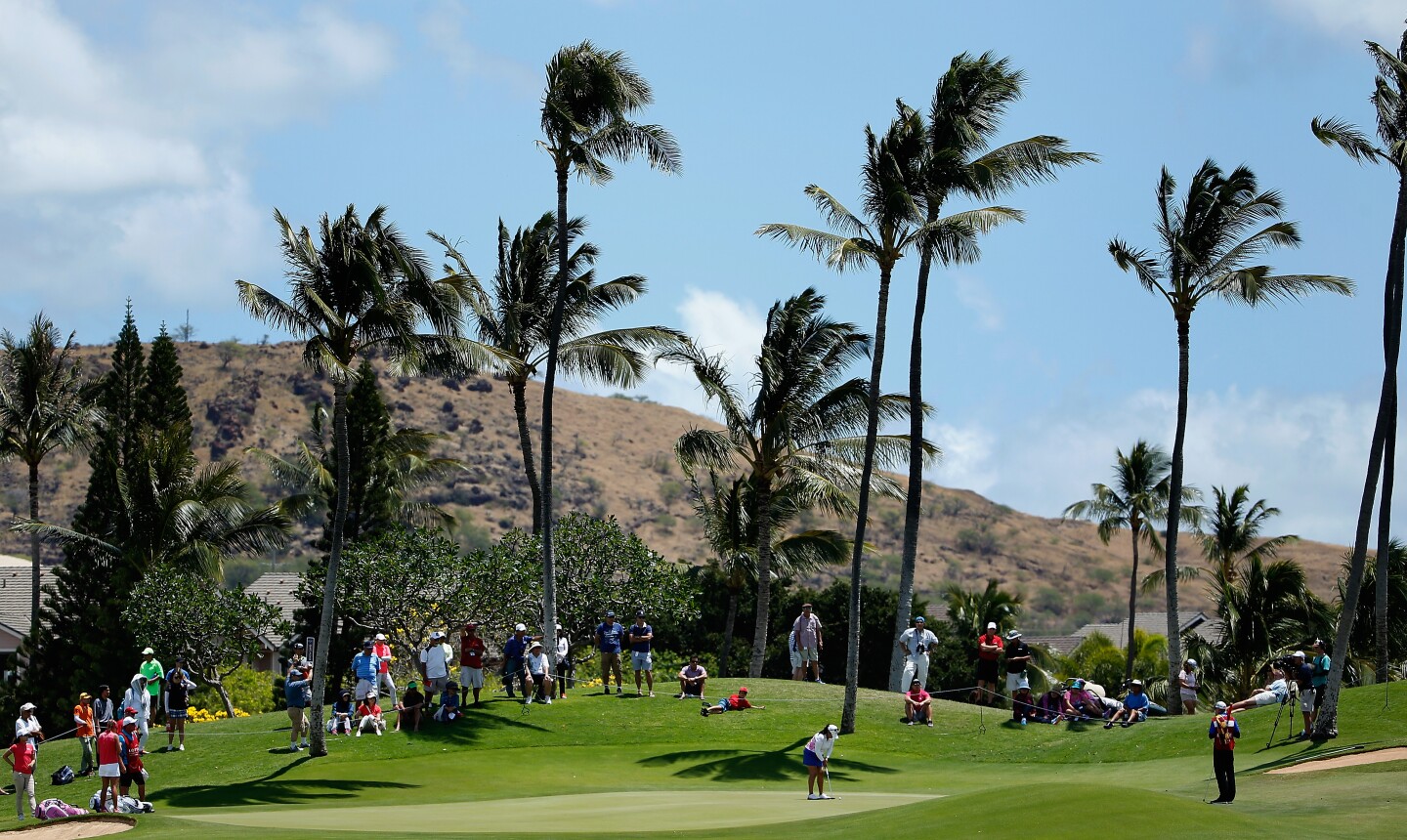 Lizette Salas putts on the third green during the third round of the LPGA LOTTE Championship Presented By Hershey at Ko Olina Golf Club on April 15, 2016 in Kapolei, Hawaii. Getty Images

Holding LPGA Tour tournaments – or any pro event for that matter - is hard work for every golf club.

Keeping one alive for years is even tougher, especially when, inevitably, community support wanes. But it can be done if the loyal fan base and sponsor/sponsors stay dedicated to the cause.

While scouring the LPGA Tour's record books researching the tour's best current and former venues open to the public, I came across nearly two dozen tournaments that had extended runs at one public course. It's an impressive collection of public places to play – three former PGA Championship hosts, fancy resort courses, current and former PGA TOUR stops and more than a few hidden gems. Here's a look at the 20 best streaks from shortest (seven years) to longest (31!):

In its seventh year in 2017, the LOTTE Championship, set for April 12-15, is the third women's professional tour event at Ko Olina since the 6,815-yard Ted Robinson Sr. design opened in 1990. Its man-made waterfalls - on the par 3s at No. 8 and No. 12 and the dramatic par-4 finishing hole – look great on TV and provide heroic theater for the tournament.

The 2017 Kingsmill Championship from May 15-21 will be the sixth straight year of the reincarnation at Kingsmill, nearing matching the first seven-year run from 2003-09. The Pete Dye course has actually been softened over the years – a renovation took out his signature railroad ties – yet still demands plenty of shot-making to elevated greens. The finishing stretch along the James River is as scenic as it gets.

The ladies who competed for eight straight years in the 1980s wouldn't recognize the original Robert Trent Jones Sr. course built in the 1970s. Raymond Floyd completely revitalized the newly named Soffer and Miller Courses with a $45 million renovation in 2006-07. More than $100,000 in landscaping was spent on every hole to create a picturesque setting of flora, fauna and man-made waterfalls. The Soffer Course is slightly longer than the Miller Course and finishes spectacularly with a 64-foot waterfall next to the island green at no. 18. Both layouts are carpeted with Paspalum Sea Dwarf grass, a modern twist on turf not available back in the day.

Kurtztown, Pa.
Tournaments: 1996-2004 Betsy King Classic under various sponsors
Berkleigh's LPGA Tour event had a nice nine-year run. The private club went public in 2007. The 6,835-yard course gets mostly four and five star reviews on Golf Advisor thanks to its pleasantly rolling hills, but user 'upstairsdave' worries about its future. He wrote: "This PUBLIC course NEEDS to be kept open...Forever. Yes, there's talk of it closing but hope it's only talk. Let's rally together to make sense to the owners and the public that this golf courses HERITAGE needs to be PRESERVED."

Maplewood, Minn.
Tournaments: 1974-80 St. Paul Open/Patty Berg Golf Classic
This Ramsey County municipal course, dating to 1929, boasts a rich history and tradition unmatched by any other public golf course in Minnesota. The eight-year run by the LPGA Tour pales in comparison to the PGA Tour's hosting of the St. Paul Open from 1930 to 1968., A 2014 renovation of $12.2 million laid down new turf, keeping the classic routing mostly intact, while the old clubhouse was replaced with a modern facility golfers can call home for another generation.

Galloway, N.J.
Tournament: 1986-87 Atlantic City LPGA Classic. 1998-2006 ShopRite LPGA Classic. 2010-present ShopRite LPGA Classic
Comment: The LPGA Tour has been coming to Seaview off and on since 1986. The 2017 ShopRite from May 29-June 4 in will be the seventh year in a row, closing in on the nine in a row from 1998-2006. What the 6,247-yard course lacks in length, it makes up for with terrifyingly tiny and undulating greens and gorgeous views of Reeds Bay. The winds off the water send scores soaring higher than the yardage might indicate. The Bay course, which dates to 1914, has some ties to Donald Ross and even hosted a major, the 1942 PGA Championship won by Sam Snead.

Tarpon Springs, Fla.
Tournaments: 1990-99 JCPenney Classic
The decade-long run of the LPGA Tour event ended when the PGA Tour took over the famed course in 2000, launching the ongoing run of what is now the Valspar Championship. Players love the design by the late Larry Packard. It's tough but fair.

12. Speidel course at the Speidel Golf Club at Olgebay Resort

Wheeling, W.V.
Tournaments: 1974-84 Wheeling/West Virginia Ladies/LPGA Classic
Three ponds are in play on this RTJ Sr. course that had an 11-year run with the ladies. It's more traditional golf than the newer Arnold Palmer course that's got an interesting mix of six par 3s and five par 5s. Golf Advisor user 'Schwantego', a top 25 reviewer on the site, gave the Speidel course five stars, noting: "Course is a beautiful one, extremely hilly with several blind shots."

11. The Crossings course at Magnolia Grove

Mobile, Ala.
1999-2008 under various sponsors/titles. 2010-2014 LPGA Classic
The Crossings would have had a continuous run from 1999 to 2014, stretching the 10-year run to 16 years, if not for an extensive renovation that closed the course in 2009. More than 5,000 trees were removed, and the green complexes were altered and mostly softened. New water features, such as the pond fronting the par-3 14th, were added for more tournament fireworks.

10. The Grizzly course at The Golf Center at King's Island

Mason, Ohio
Tournaments: 1978-1989 LPGA Championship
The Grizzly Course, designed by Jack Nicklaus and Desmond Muirhead in 1972, has hosted pro golf often over the years: The PGA Tour (1973-77), LPGA Tour (1978-89), Senior PGA Tour (1980-2001) and the Symetra Futures Tour (2009-11). A portion of the Grizzly was sold in a real estate project in the mid-2000s, shortening the layout to 6,504 yards, mostly ending its run of events. The project swallowed five holes -- shrinking from the Grizzly from 27 holes to 22 (the four extra holes are now called the "Academy Course" and regularly used for playing lessons) -- but there are still plenty of teeth left in the revamped layout.

Sarasota, Fla.
Tournaments: 1976-1988 Bent Tree/Sarasota Classic
The 13-year LPGA Tour run included the first win by Nancy Lopez (1978) and her 35th career win in 1987, making her eligible for the World Golf Hall of Fame. Dating to 1975, the 6,863-yard course was spruced up during a 2015 renovation, creating new Tifeagle bermuda greens, newly excavated bunkers and remodeled fairways and tee boxes. The walkable layout winds through a natural wooded area dotted with lakes and streams. The tougher back nine concludes with a dangerous, double-dogleg par 5 with water seemingly everywhere.

Largo, Fla.
Tournaments: 1977-89 JCPenney Classic
The 13-year run of this unique event featuring two-person teams of PGA Tour and LPGA Tour players brought many legends like Arnold Palmer, Payne Stewart and Fred Couples to Bardmoor, a William Diddle design from 1971. The first round of golf at Bardmoor was an exhibition match between Ben Hogan and Tommy Bolt. The club boasts that its Tifeagle greens remain some of the best in the state. Golf Advisor user 'shoe' gave the course four stars, writing: "This course has fairly wide fairways so getting off the tee is not hard. Every green is elevated. The greens are in great condition. All in my party found them tough to read but enjoyable."

Many legendary pros have played the Bardmoor Golf & Tennis Club

Gulfport, Fla.
Tournaments: 1977-89 Classic under various names/sponsors, plus the 1971 and 1975 Orange Blossom Classic
Pasadena is under new ownership, which has opened this historic club up to more public play where tee times can be made up to three days in advance. Walter Hagen was the first pro at PYCC, established in 1924. The 6,588-yard course was renovated by Palmer in the late 1980s, right around the time its 13-year run with the LPGA Tour ended.

Lutherville, Md.
Tournaments: 1967-80 tournament under various names/sponsors
The 14-year run of the LPGA Tour came a decade after the PGA Tour had a three-year stint from 1959-1961 at this Baltimore muni on the Loch Raven Reservoir. Wildlife accompany golfers on this scenic journey. The 45-station, lighted driving range is also a draw.

Hershey, Pa.
Tournaments: 1978-1994 Lady Keystone Open
Comment: The 6,860-yard, par-73 course hosted the 1940 PGA Championship when Byron Nelson defeated Snead in the match-play final and the LPGA Tour's 17-year run. The course features a bird's-eye view of the town from the hill near the front lawn of the Milton Hershey estate.

Evian-les-Baines, France
Tournament: 2000-present Evian Masters/Championship
Comment: The 6,700-yard course (6,120 meters) overlooks the shores of Lake Geneva near the Swiss-French border. Seventeen years and counting is among the longest current streaks on the LPGA Tour. The tournament became an official major in 2013.

Tucson, Ariz.
Tournaments: 1981-2002 tournaments under various names/sponsors.
This classic city muni, dating to 1933, also has a colorful history of championship golf between the PGA Tour and Senior PGA Tour in the 1980s and the LPGA Tour's 22-year run. Although the usual muni complaints (slow play, inconsistent conditioning) show up, Golf Advisor reviews average out to nearly four stars. Water comes into play on five holes.

Springfield, Ill.,
Tournaments: 1976-2006 classic with various sponsors.
One of the LPGA's iconic events was derailed as the recession was getting started. The RTJ Sr. design in central Illinois had a 31-year marriage with the LPGA Tour. More than 80 bunkers and five lakes keep the challenge coming on the 6,630-yard course. Its website touts a "4 star course" with "5 star service".