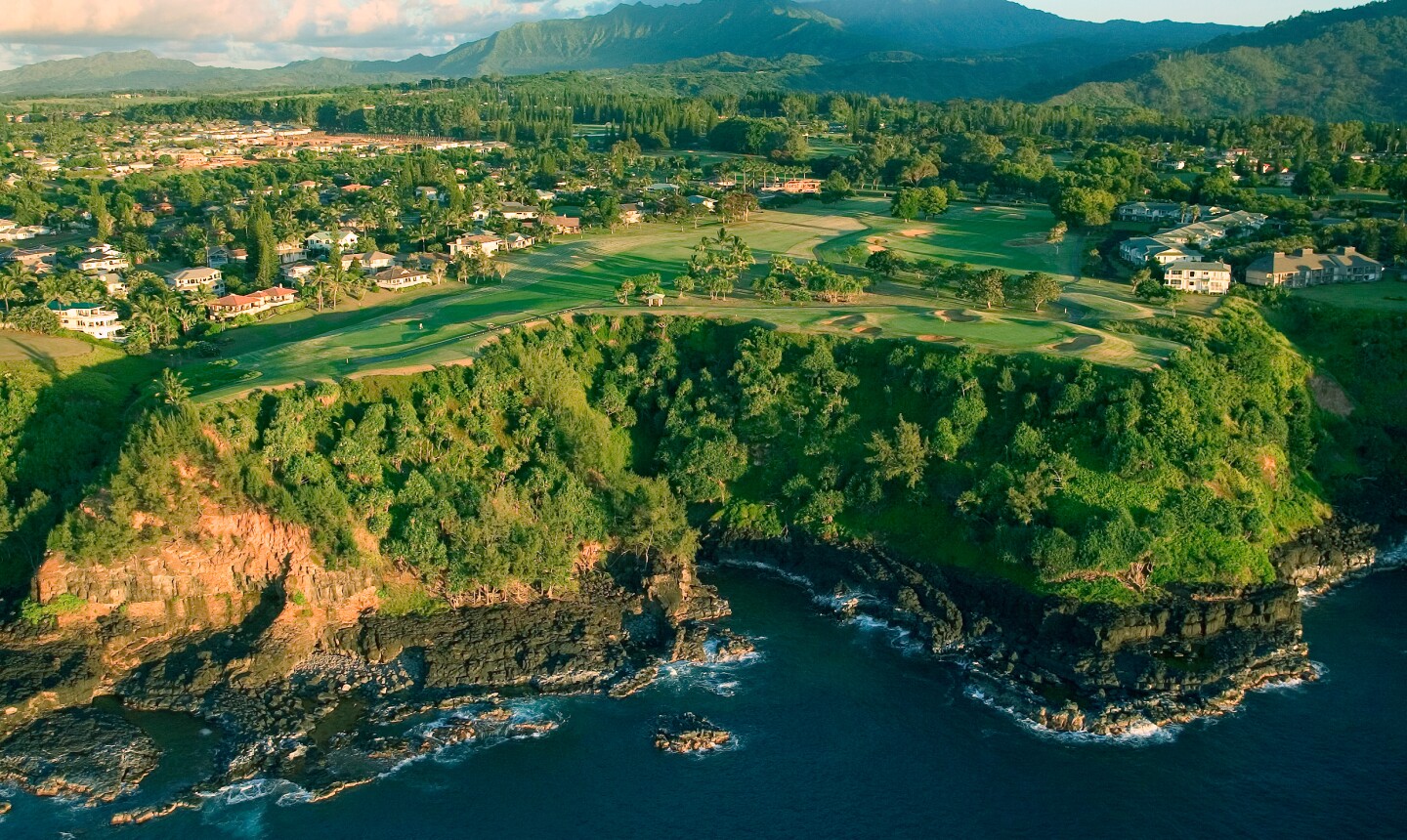 Few golf courses with holes as dramatic as the seventh on Princeville at Hanalei's Makai Golf Course serve as a resort's second fiddle. Courtesy of Princeville Makai 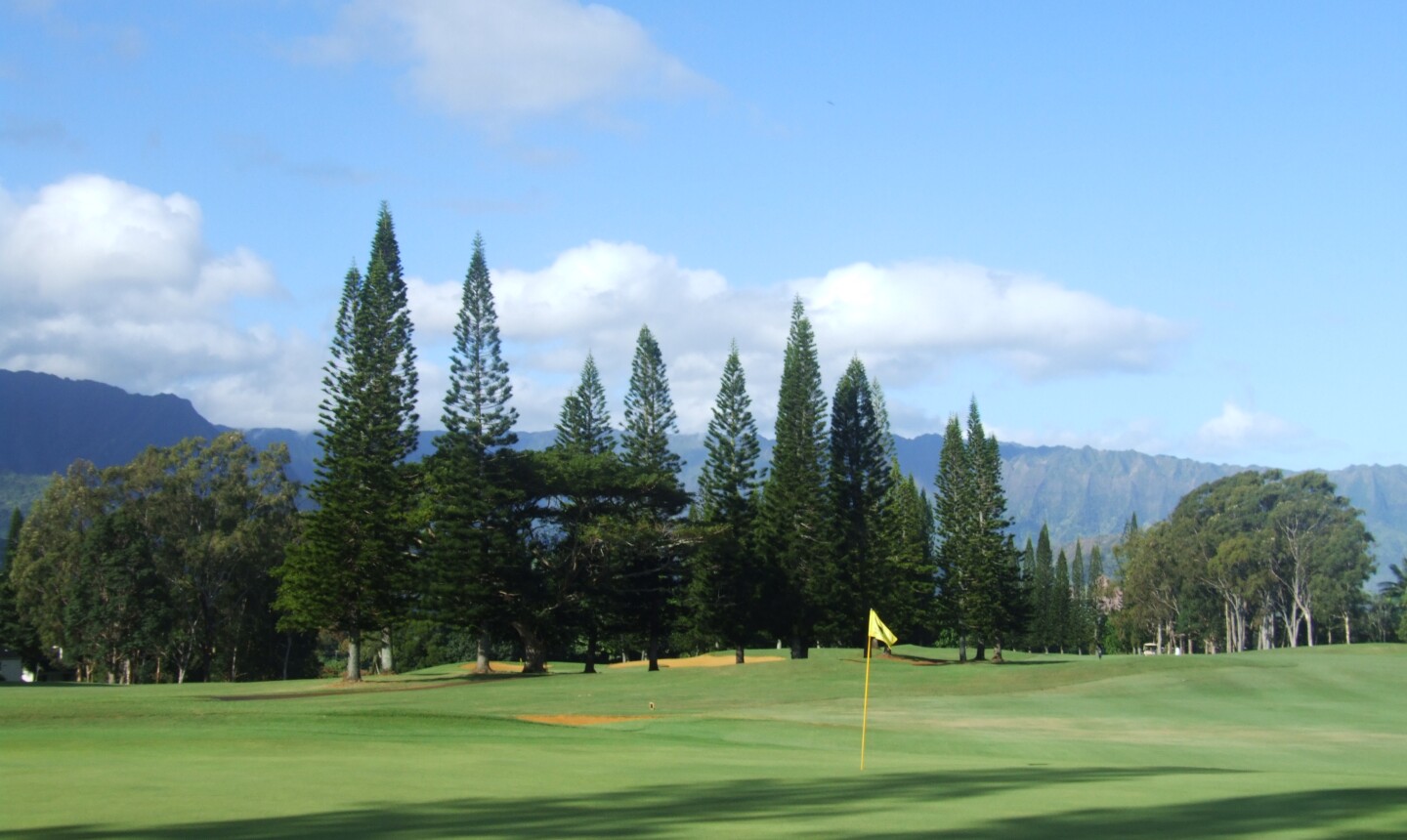 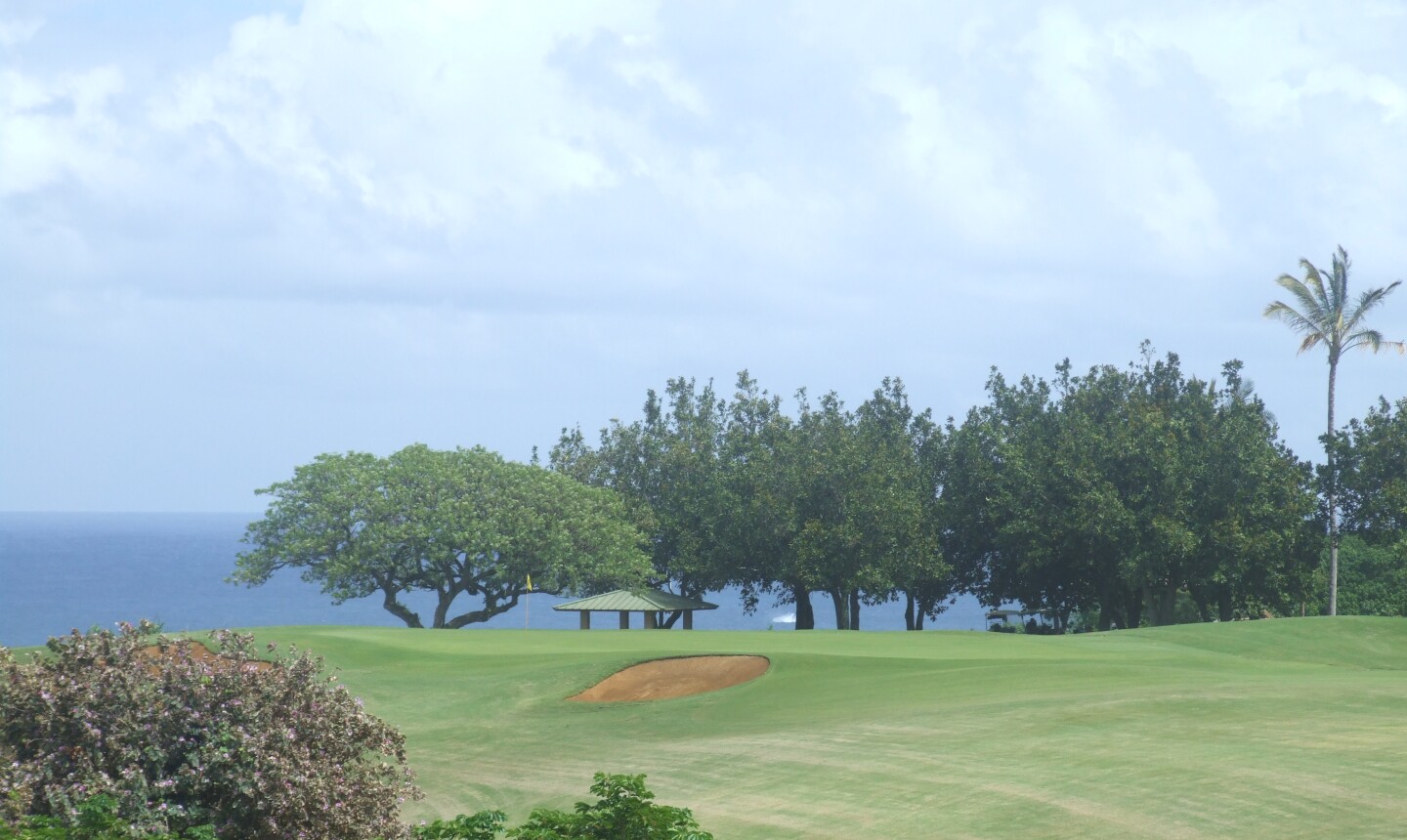 The Lakes Nine on Princeville at Hanalei's Makai Golf Course also heads back out to the coastline, like on the par-3 fourth hole. Brandon Tucker/Golf Advisor

The Prince is a favorite among national rankings committees as Hawaii's top golf course. But on your upcoming Kauai golf vacation, don't let that stop you from booking a round on Makai.

In fact, the common, mid-handicap resort golfer stands a good chance of enjoying their round on the original Makai Course even more.

For the resort golfer looking for those Hawaii coastline money shots, the Makai has more oceanfront holes running along the North Shore. Both the Ocean and Lakes' nines weave out to the coast, and the Ocean's par-3 seventh hole, playing on rugged coastline 200 feet above the ocean, is among Kauai's most famous.

Aesthetics aside, it's also incredibly more player friendly. Though both designed by Robert Trent Jones Jr., the challenges are more subtle here. But it's by no means a pushover.

The par-4 fourth hole on the Ocean course is the Ocean's shortest but plays straight uphill through a narrow corridor, and most of the par 3s here stretch north of 200 yards from the back tees.

But the reason it's a more friendly play is that in most instances, a miss doesn't mean a lost ball or a triple bogey like on the Prince. The Makai has its share of tough shots, but it doesn't feel like a constant grind.

On the Lakes nine, the top oceanfront hole is the easiest on the side: a short, 300-yard par-4 that's drivable for long hitters. Of course, going for the green means risking a slice into the ocean.

While the Woods nine is set entirely inland, it's still a worthy play, according to Michael Castillo, the Makai's director of golf.

"It's got a good flow to it the way the holes are laid out," he said. "It's a little tighter, more trees, need to shape your ball more."

Some of the obsolescence in the older Makai Course(built in 1971) are set to be addressed in the upcoming year, part of the extensive renovation project of the Princeville at Hanalei, which will also include closing the hotel to upgrade to a more upscale St. Regis brand from Starwood Hotels.

"The main reason for the upgrade is that the Princeville resort will soon be a St. Regis hotel," Castillo said. "We need an experience to match that level of expectation.

"We won't change any of the routing. It will be the same setting but freshened up."

The Makai's bermuda grass will be replaced with a newer, more eco-friendly strain of Seashore Paspalum, which will also enable faster greens on a daily basis. Tees will be elevated, bunkers will be redone and, in many cases, moved to protect the new, modern landing zones.

With only three sets of tees currently stretching to just 6,800 yards, a fourth championship set will be added that will extend it past 7,000. A brand new clubhouse will also be built entirely from scratch.

Course officials plan on closing the Ocean nine first, followed by the Lakes two months later. Both are expected to be complete by the summer of 2009, at which point the Woods nine will be shut down for similar upgrades.

While the Ocean-Lakes nines are closed, the Woods will feature two pin positions on each green to allow for 18-hole play.

The Makai Golf Course at Princeville: The Verdict

Don't feel like Princeville's only worthy play is the more-acclaimed Prince course. Even before the upcoming renovation, the Makai Golf Course holds its own with more coastal holes and a better playability for higher handicaps.

Green fees in 2008 are $175, while resort guests and p.m. tee times receive discounts. Contact Princeville at Hanalei for specific closing dates of the Makai over the coming year. 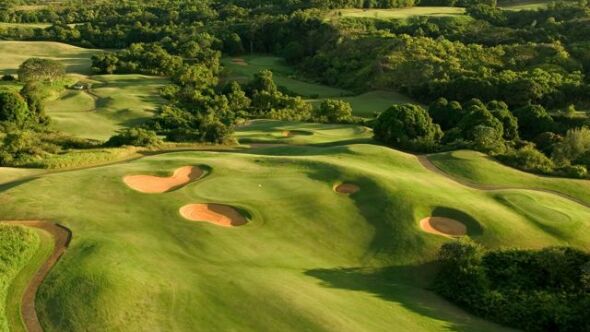 Articles
3 Min Read
Better bring your "A" game to the demanding Prince Course at Princeville Resort on Kauai, Hawaii
Confident about your game? If you've scored a few low rounds lately, take your golf clubs over to the Hawaiian island of Kauai and the Prince Course at the Princeville Resort. Trying to take down one of Robert Trent Jones Jr.'s most demanding courses can make for a maddening afternoon.

Kira K. Dixon
Lifestyle Correspondent
Now Reading
Princeville at Hanalei's Makai Golf Course: Put your ego aside, play this friendlier Kauai gem
New Cookie Policy
WE AND OUR PARTNERS USE COOKIES ON THIS SITE TO IMPROVE OUR SERVICE, PERFORM ANALYTICS, PERSONALIZE ADVERTISING, MEASURE ADVERTISING PERFORMANCE, AND REMEMBER WEBSITE PREFERENCES. BY USING THE SITE, YOU CONSENT TO THESE COOKIES. FOR MORE INFORMATION ON COOKIES INCLUDING HOW TO MANAGE YOUR CONSENT VISIT OUR COOKIE POLICY.
CONTINUE
Search Near Me