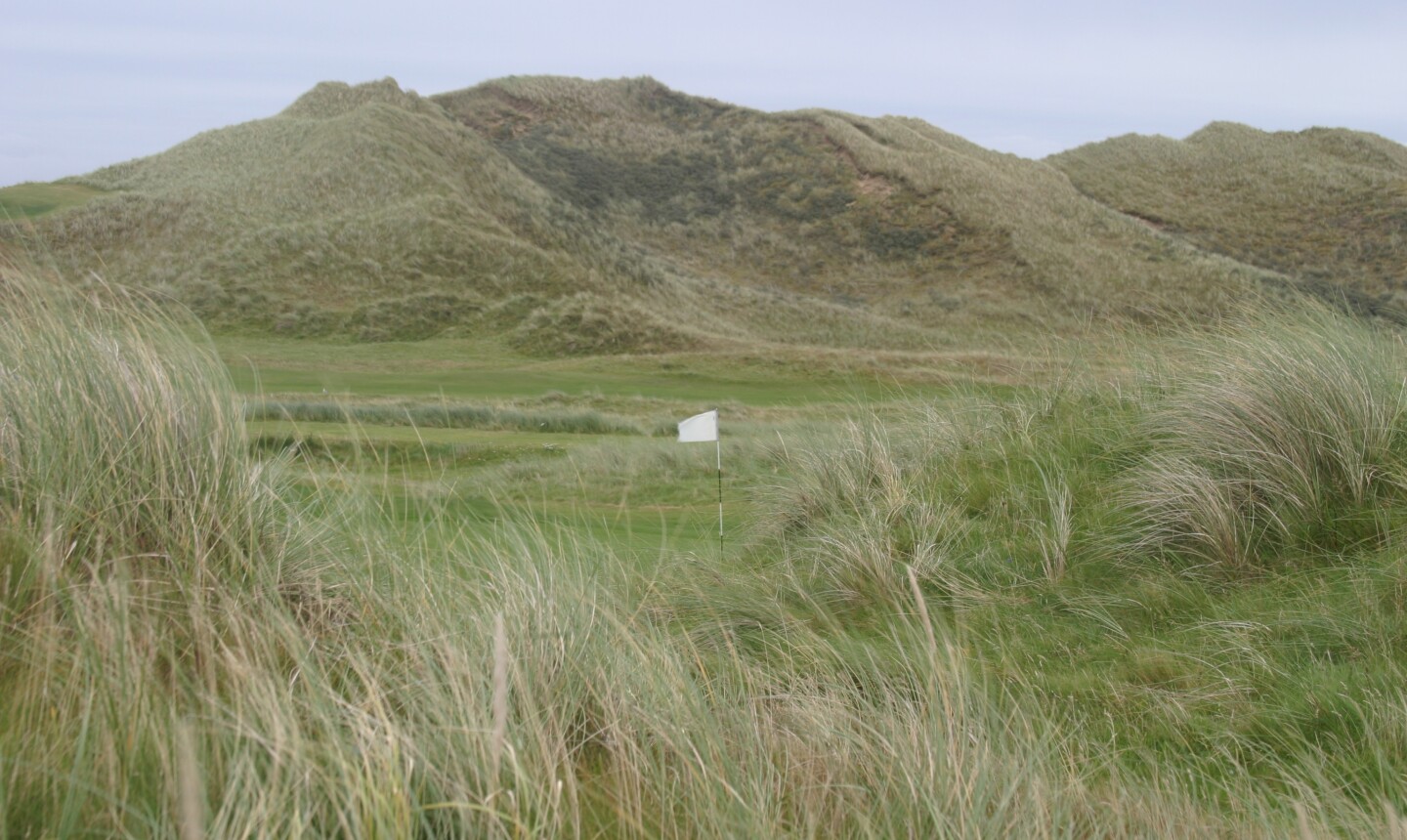 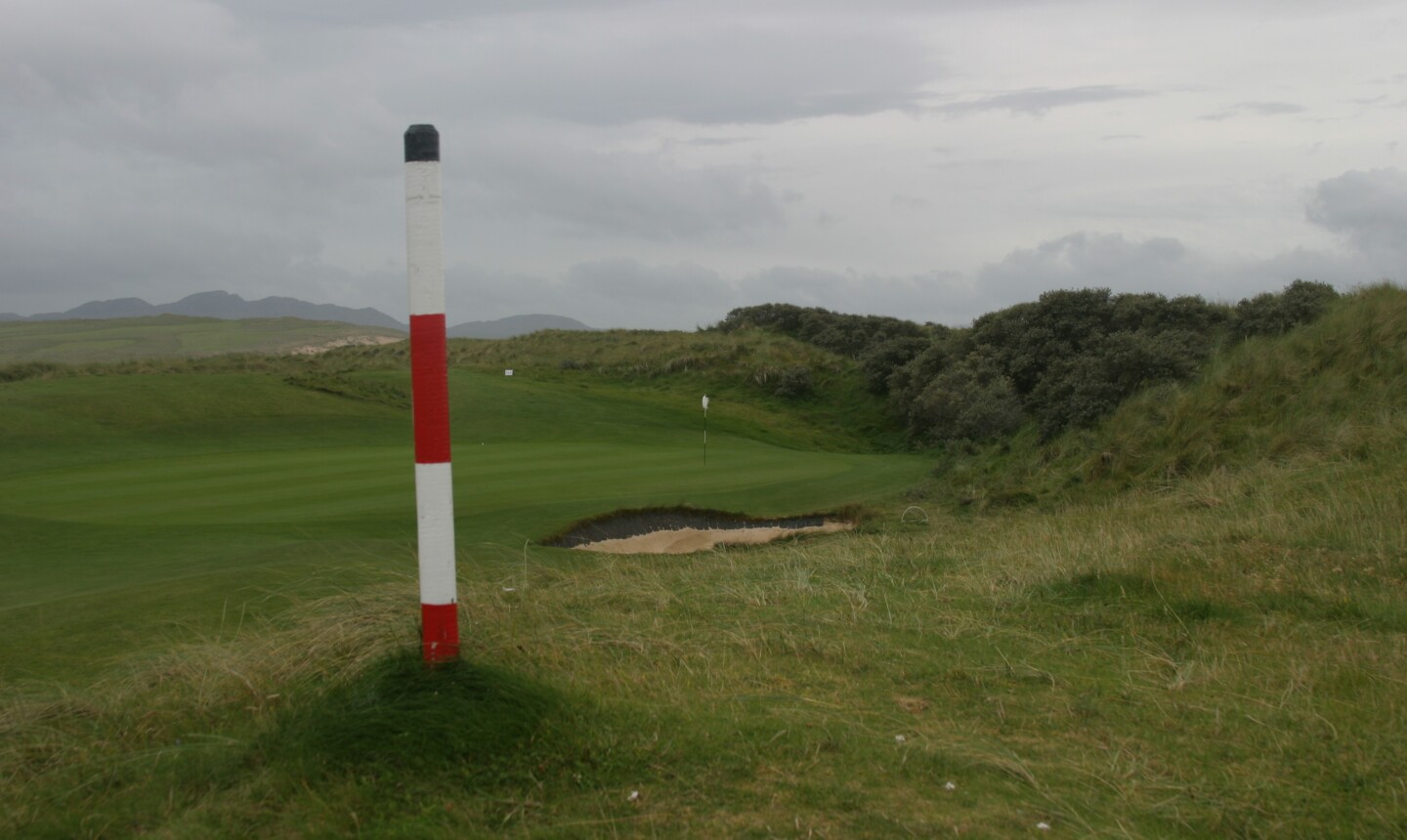 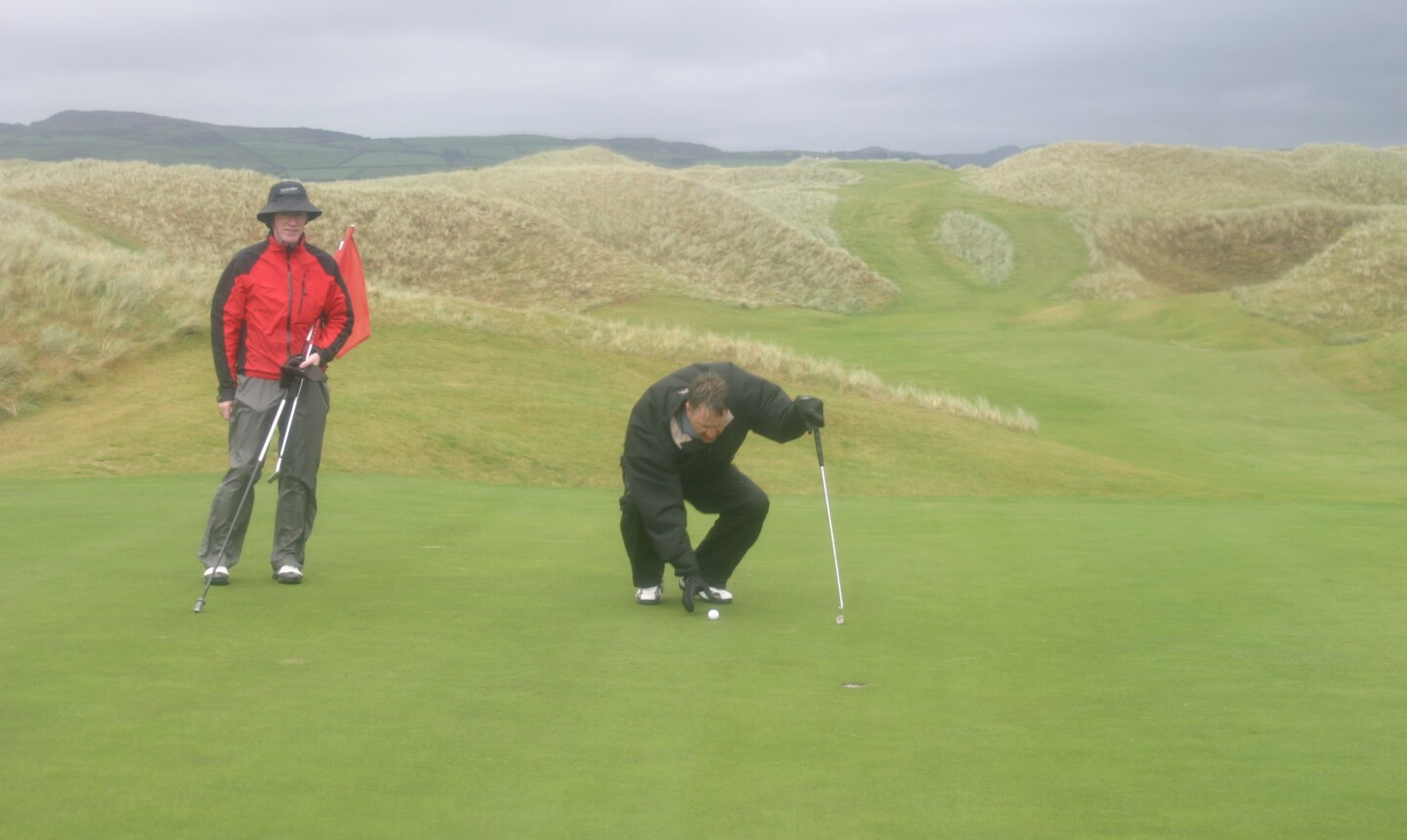 A golfer prepares to putt with his caddie looking on at the Sandy Hills course at Rosapenna Hotel & Golf Resort. Jason Scott Deegan/Golf Advisor 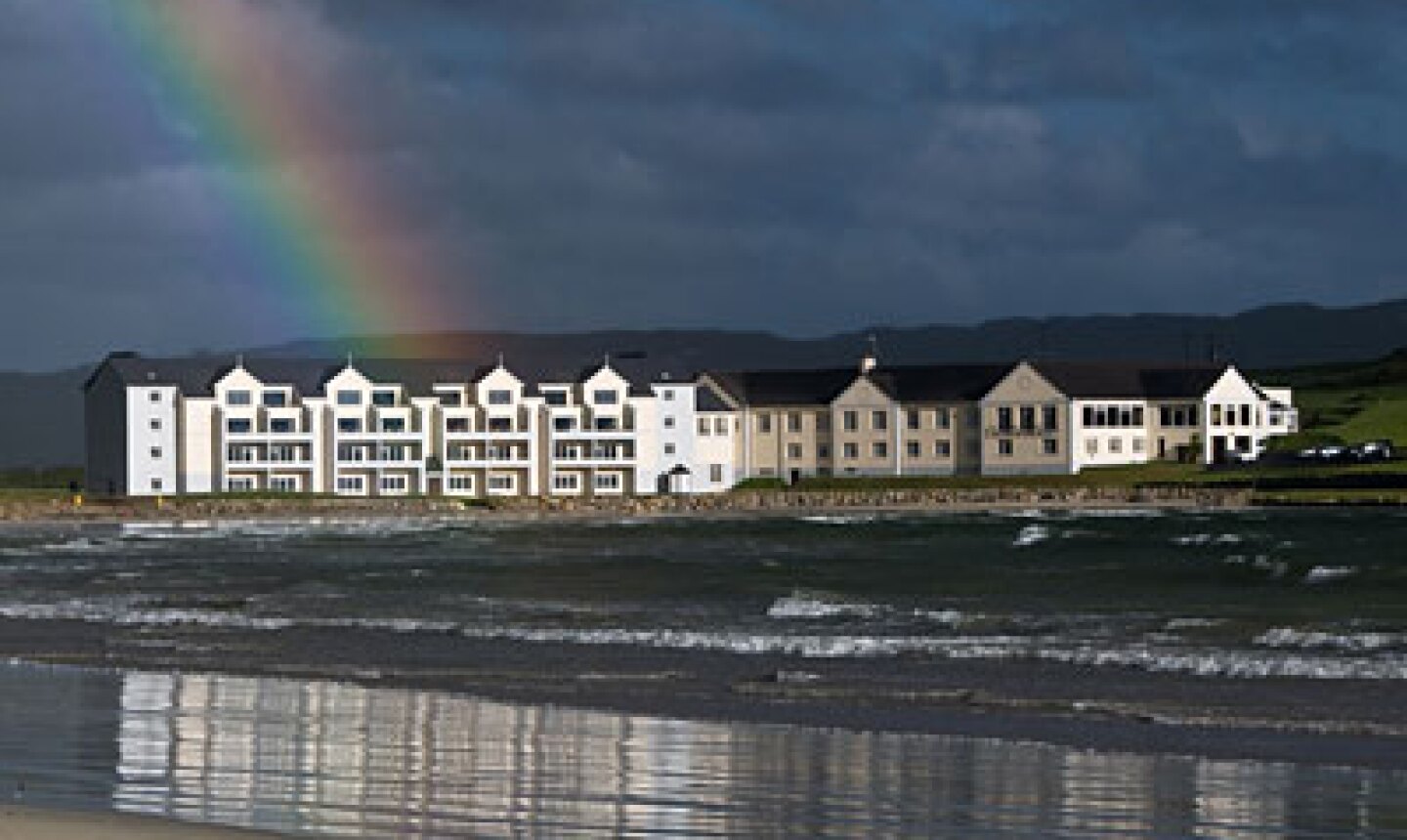 A punishing day on a tough links is offset by the luxuries of Rosapenna Hotel & Golf Resort. Courtesy of rosapenna.ie

DOWNINGS, Co. Donegal, Ireland -- It seems to be almost a cruel joke by the golf gods that the second-largest golf complex in Ireland -- and one of its best links destinations -- is also one of the most remote to reach for international players.

The drive to Rosapenna Hotel & Golf Resort, located along the northern coast of Ireland on the Rosguill Peninsula, takes more than four hours from Dublin Airport and even longer from the Shannon Airport in southwest Ireland. It's no short two-and-a-half-hour hike from the Belfast International Airport in Northern Ireland, either.

Those who make the journey discover 45 holes of links bliss. The dunes along Sheephaven Bay and the Tramore Beach are pure and plentiful. They erupt skyward, creating an ideal haven for elevated tees and greens with fairways that dogleg and drop off into oblivion without warning.

Irish architect Pat Ruddy, who designed Rosapenna's Sandy Hills course and contributed on new nine holes of the Old Tom Morris course, calls the dunes "amongst the most extensive and most dramatic in the world."

Rosapenna, second in size in Ireland to the 54-hole Killarney Golf & Fishing Club, added the nine new holes in 2009 to enhance logistics on the Old Tom Morris course.

The original Old Tom Morris back nine -- now called the Coastguard Academy nine -- required a handful of shots over local roads that had been built through the course over the years. The Coastguard nine, laid out on higher ground outside the dunes, still has several road crossings (on No. 2 and No. 6) but none involving the main thoroughfare. Casey Jr. describes the Coastguard layout, which has four par 3s and no par 5s, as an "overflow nine."

Ruddy and heralded American architect Tom Doak took care to merge the new Strand nine with the classic architecture of the Valley nine, laid out by Morris and later enhanced by James Braid and Harry Vardon. Visiting while Ruddy's layout was growing in, Doak was asked by the club to offer his opinion on the new nine. He revised several greens and added more bunkers and tees.

The revamped Old Tom Morris course now plays 6,871 yards peacefully through the dunes without any traffic concerns. The Valley nine, virtually untouched over the years, runs along the beach for the first several holes.

"The Old Tom Morris course flows so much more than it did," Casey Jr. said. "We are very happy. What it lacks in length, it makes up in green sites. The fairways are very ripply with beautiful greens."

Ruddy said a minimalist approach was used on the new Strand nine. "Fairways and green sites were found rather than created. The outcome is a seamless match," he said.

If the Old Tom Morris is a tribute to old-school links, Ruddy's Sandy Hills layout is a true modern links -- bold, brash and a brute. Its fairways were cut through the heart of mountainous dunes.

"At least 1,000 lovely golf holes lay sleeping in those dunes and valleys for centuries awaiting the arrival of someone to pick and choose those which would be brought to life," Ruddy said.

Eight elevated tees and nine elevated greens merge with deep valleys to create a roller-coaster round of dramatic shot-making. The par-5 sixth is a perfect example of the heaving terrain. After players bash a blind drive over a ridge, the fairway tumbles downhill toward the green with the bay and distant mountains splashed across the background.

The narrow fairways helped push McDowell and fellow Northern Irishman Rory McIlroy over par. McIlroy won the inaugural Rosapenna Stratch Cup as an amateur in 2005 before finishing runner-up in 2007. Ruddy contends the course could easily host a major event.

Thankfully a punishing day on a tough links is offset by the luxuries of Rosapenna, one of the few links golf resorts in Ireland equipped with modern creature comforts. An 18,000-square-foot clubhouse was built in 2005.

The four-star hotel just down the road offers 72 rooms and suites, an excellent restaurant, a separate pub, a tennis court, free wireless internet, an indoor pool, steam room, hot tub, spa services and even a drying room to save any waterlogged gear.

Outstanding practice facilities, another rare amenity at links courses, include a driving range with covered hitting bays, two putting greens, a short-game facility and video analysis and a launch monitor for use in golf instruction.

Rosapenna Hotel & Golf Resort belongs to a marketing alliance called the North & West Coast Links, which can set up all of your travel needs.

"It's a beautiful part of Ireland," Doak said. "And it's still affordable."

With the changes to the Old Tom Morris course, it no longer plays second fiddle to Sandy Hills. Don't be surprised to see it jump up the rankings once more raters see it. It's arguably more fun to play than the penal Sandy Hills, currently ranked No. 15 among the best Irish courses in Golf Digest's 2009-10 ratings. The two tracks complement each other well.