An interior B.C. experience once considered to be among Canada's 10 best, is back after a multi-year closure.

QUILCHENA, British Columbia, Canada — For the past eight years, British Columbia’s remote Sagebrush has been a ghost club. Shuttered. Neglected. Overtaken by, well, sagebrush. But starting this August, divots are flying and flags are flickering once again. The course is making a comeback.

Opened in 2009, Sagebrush (formerly known as the Sagebrush Golf & Sporting Club) is routed high on the sun-roasted hills above Nicola Lake in the Thompson-Okanagan region of central British Columbia, Canada. Co-designed by Rod Whitman, founder Richard Zokel, and agronomist Armen Suny, Sagebrush was an instant star when it appeared on the boutique club landscape. Touted as a modern classic - a bold and daring minimalist design in the same genre as Nebraska’s Sand Hills and South Dakota’s Sutton Bay (think ragged and windswept with plenty of links-like characteristics) - Sagebrush vaulted to a Top 10 position on SCORE Golf’s reputable list of the Top 100 Courses in Canada. It was also awarded the Best New Course in Canada by Golf Digest in 2009.

With only limited play (just a few foursomes per day), the experience was rightfully revered. And for those first five years, the lucky ones who played it were awed by the massive scale of the property, the highly strategic nature of the routing, the many one-of-a-kind holes, and the spectacular lake-and-mountain views served up on every hole. The legendary “Hideout” - a fishing hole/lunch spot tucked away near the back of the property - was also a highlight of the Sagebrush experience.

But in 2014, after sustaining numerous “body blows” throughout its brief, under-the-radar existence, the course turned out the lights and locked the gate. In 2017 there was a brief re-appearance, but it fizzled and died quickly. It has been a culmination of factors - the death of a co-founder (Terry Donald), legal hassles, lawsuits, prison sentences (the previous owner, Mark Chandler, is currently in a U.S. prison for fraud), economic crashes, and permitting issues, among others - that led to the closure.

Most people thought that the course would never see flagsticks in the greens again.

But, as we all know, Father Time can work in mysterious ways. And the current ownership group (led by Vancouver-based real estate developer, Andrew Knott) sensed an opportunity. “Golf and the market for residential properties are hot,” says the club’s new General Manager, Mark Strong. “The pandemic has certainly played a role. The long-term plan is to create a private residential community with a variety of real estate opportunities. Our location in the beautiful Nicola Valley just three hours from downtown Vancouver, certainly adds to the allure.”

Interior British Columbia is one of Canada's best golf destinations and among GolfPass' World Top 100 Destinations, and that was before the reopening of Sagebrush. Other standouts include 36-hole Predator Ridge, Talking Rock, Tobiano and Greywolf. Sagebrush currently has eight suites that can accommodate up to 16 golfers. The clubhouse, restaurant and hideout are currently under renovation. For the remainder of the year, the “Sagebrush Experience” is $150 per player for unlimited golf. Next year, when the club is fully operational, the price will jump to $275, which will include unlimited golf and lunch and refreshments at The Hideout. Expect to see just a handful of other golfers out on the course. But no ghosts. They’ve moved out. 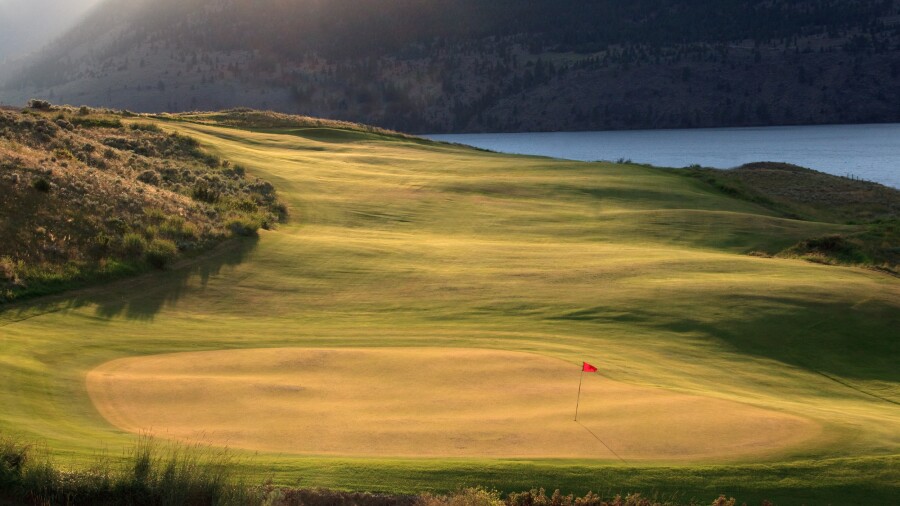 Looking back on the 8th hole at Sagebrush. Andrew Penner/GolfPass View of the 18th hole at Sagebrush. Andrew Penner/GolfPass 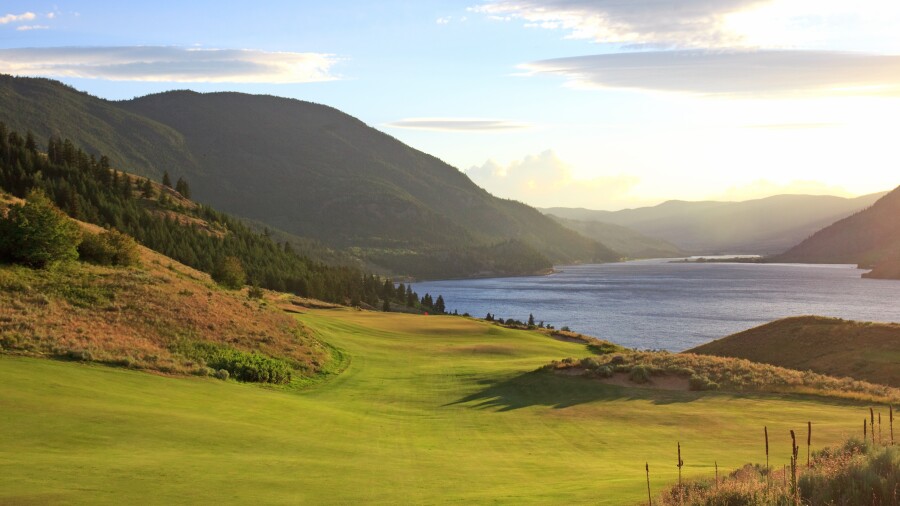 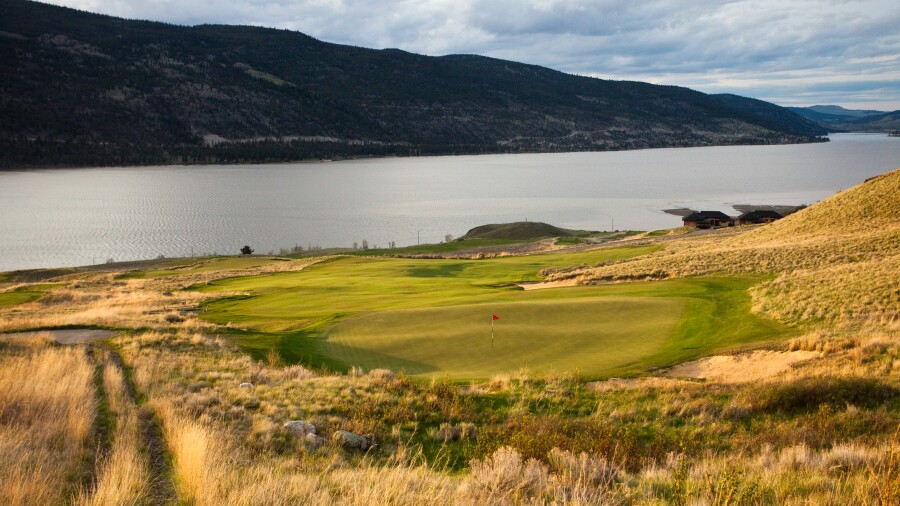 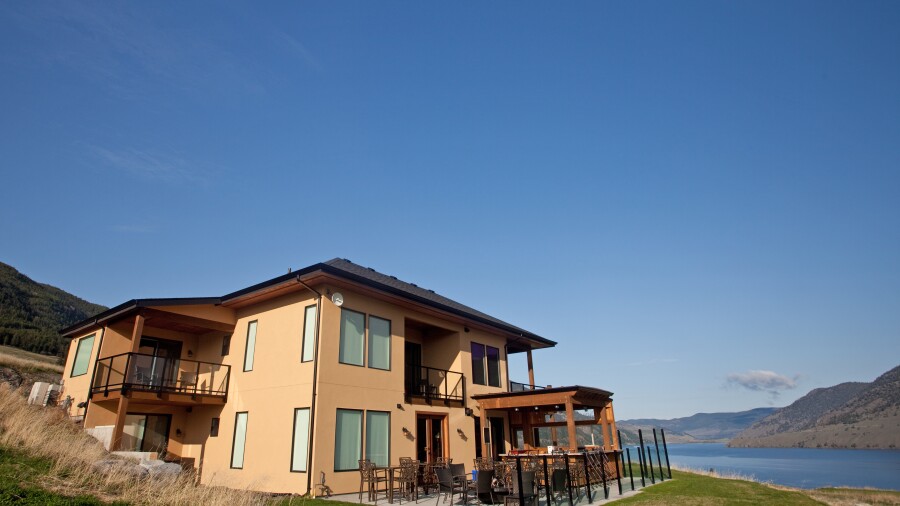 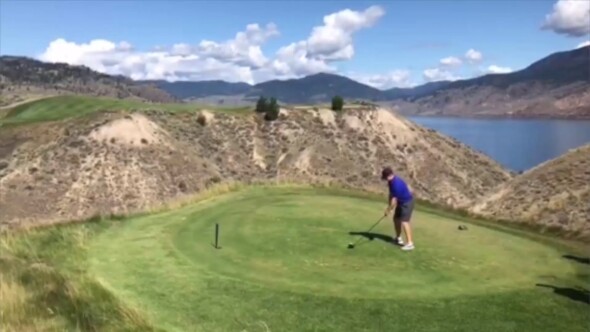 Andrew Penner
Andrew Penner is a freelance writer and photographer based in Calgary, Alberta. His work has appeared in newspapers and magazines throughout North America and Europe. You can see more of his work at www.andrewpenner.com.
0 Comments
More from the author 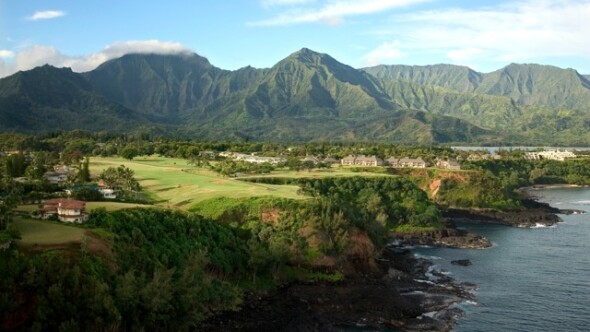 Articles
4 Min Read
It's better by the sea: Great seaside runs in golf
Golf and the sea have always been kindred spirits. After all, the game was conceived along the wind and wave-smashed shores of Scotland. While many courses have one or two seaside holes in a row, few courses afford an opportunity to play three or more consecutive holes that hug the azure glory. Andrew Penner shows us some of the world's best runs of seaside golf. 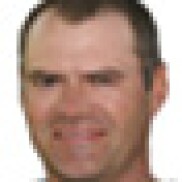 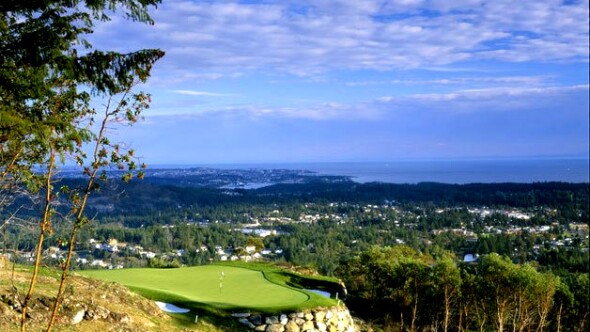 Articles
4 Min Read
British Columbia's top golf courses offer jaw-dropping signature holes
Take a swing through British Columbia and you'll encounter a host of stunning, photo-friendly golf holes. In fact, BC's signature holes are some of the best in golf: from dramatic, cliff-top beauties to riverside gems that curl along glacier-fed waters, the province has it covered when "wow" holes are your game. Here's a sampling of BC's best ...