Short but sweet: The 10 best golf courses in America playing less than 6,500 yards 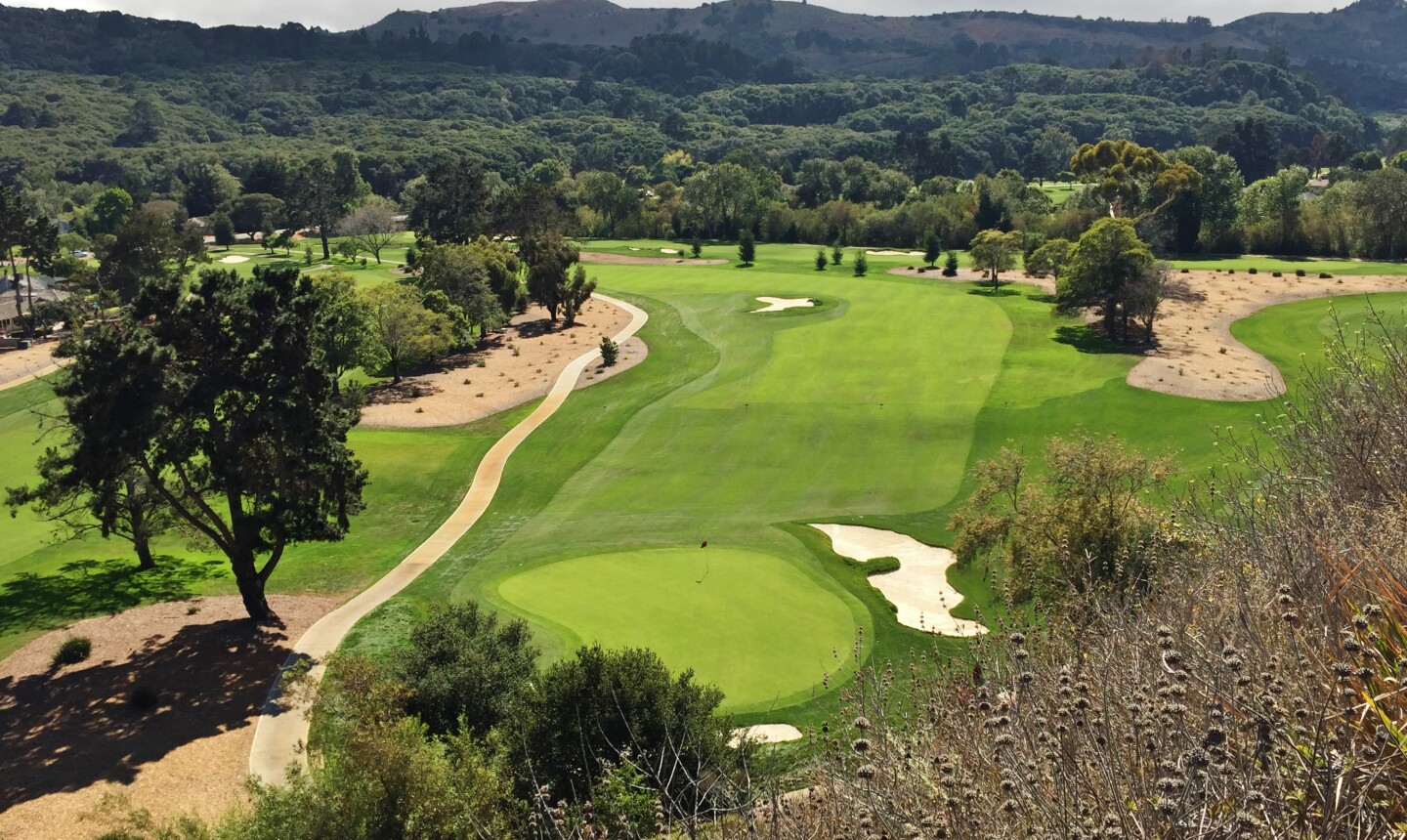 The completed renovation of the golf course was the final phase of a $28 million renovation of Quail Lodge & Golf Club. Jason Scott Deegan/Golf Advisor 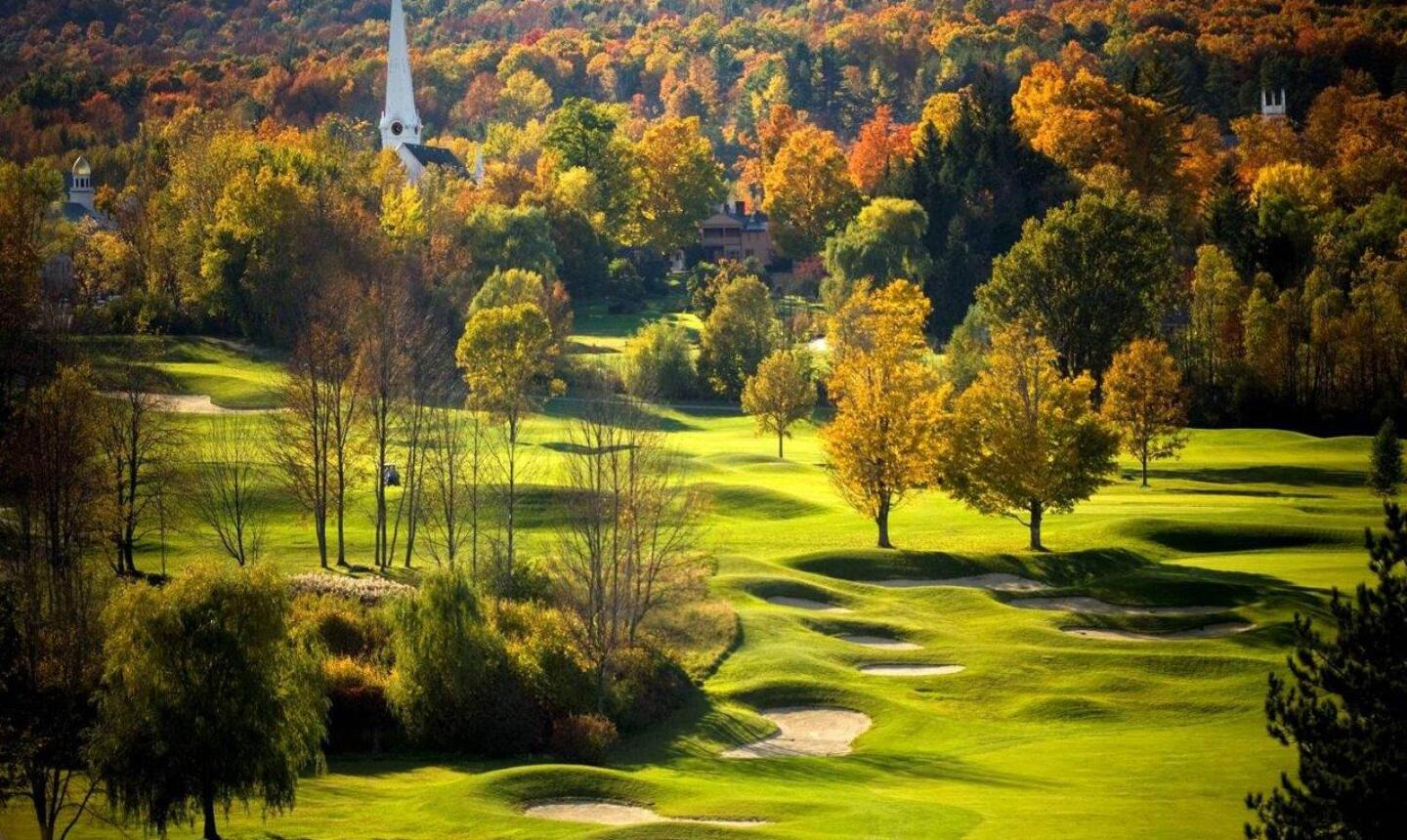 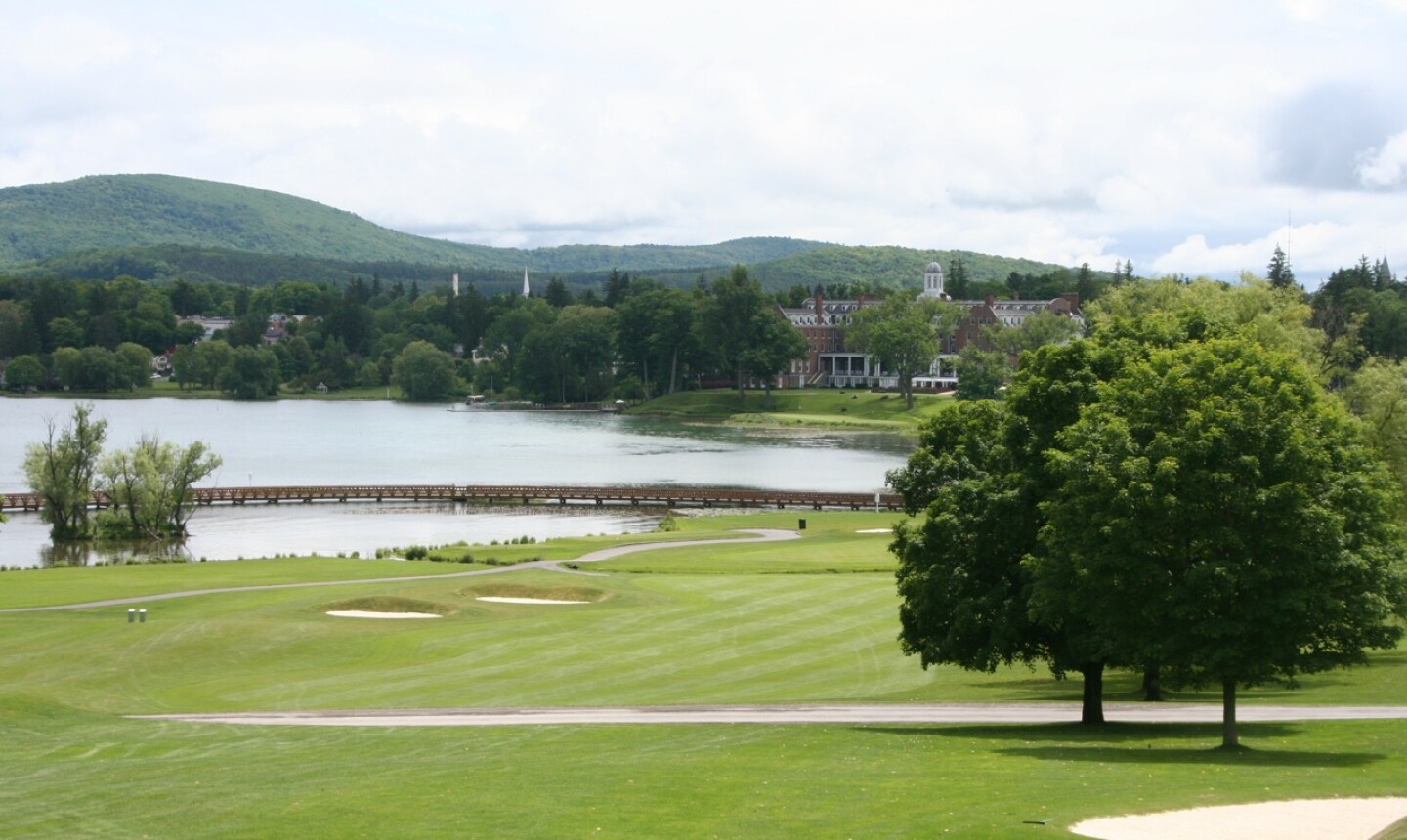 I'm a firm believer that golf would be in a better place if more courses were 6,500 yards or less. That distance is sustainable for owners and friendlier to players. More land means more of everything, extra water for the grass and additional labor caring for the turf, not to mention longer rounds and higher scores for golfers. None of that is a formula for success in today's world.

It wasn't too long ago that 6,500 yards was all any player needed. The Classic Course at the Indian Wells Country Club in California's Coachella Valley hosted the original Bob Hope Classic for more than four decades. Its 6,478 yards officially became obsolete for the PGA Tour in 2006, the year the event left the club for good.

A course that tips out at 6,500 yards is pretty close to perfect for the rest of us. It's long enough to be challenging, but short enough to be playable. When the drum beat of the "Tee it Forward" movement grew louder, I quit playing from tees longer than that.

A note to architects and developers everywhere: Build more new courses such as the 6,430-yard Palos Verdes Golf Club in California, and less like the 7,754-yard Purgatory Golf Club in Indiana. Do it for the good of the game.

There are hundreds, if not thousands, of really good regulation courses shorter than 6,500 yards. I scoured the country to find 10 of the best. It's a pretty impressive list. For a bright future, golf should look to the past. Most of these selections are Old School classics (in order, from longest to shortest).

If the person setting up the tee boxes inches them forward a couple feet, this 6,508-yard course plays short enough for our benchmark. Eagle Sticks is kind of in the middle of nowhere, but it's good enough to draw golfers away from Columbus, a city loaded with great public and private courses.

Pasatiempo Golf Club -– one of the top 100 courses in the country -- is the gold standard for a shorter course. The 6,500-yard classic by Dr. Alister MacKenzie plays plenty difficult with intruding barrancas and sweeping movement of the land. Tom Doak restored MacKenzie's masterful bunkering and green surrounds several years ago. The 16th hole, a twisting par 4 ending at a three-tier green, ranks as one of the "scariest" holes in America ("American Horror Story: Can you survive golf's scariest holes?"). With a slope of 143 from the tips, it's never a bad idea to move up a box.

I considered Pacific Grove Golf Links, a 5,727-yard municipal course hugging the Pacific Ocean on the Monterey Peninsula, until I saw Todd Eckenrode's recently completed renovation of the nearby 6,464-yard semiprivate course at Quail Lodge Resort & Golf Club. The upgrades have the 51-year-old Robert Muir Graves design positioned for another five decades of success. Eckenrode removed ponds to stave off the California drought, reshaped flat fairways to add character and repositioned bunkers, lining them with unique looking tufts of fescue. The secluded setting in the hills of the Carmel Valley isn't as beautiful as golf on the ocean, but it's still pretty darn good.

The original nine holes at Presidio Golf Course date to 1895, making it one of the oldest courses west of the Mississippi. Babe Ruth, Bob Hope, Bing Crosby, Charles Schulz and Joe DiMaggio have all walked its hilly fairways, all lined with mature eucalyptus trees and Monterey pines. The elevation changes and heavy cool air of the Bay Area make the course play longer than the 6,449 yards imply.

This 6,423-yard, par-71 course -- a classic Walter Travis design modernized by Rees Jones -- gets high marks for its scenery of the surrounding mountains. The Golf Club at Equinox, managed by Troon Golf, rated sixth in the state by Golf Digest in its 2015-16 rankings and fifth among Vermont's public courses by Golfweek for 2015. Five-star reviews on Golf Advisor are common. User u000006234535 wrote: "The views are magnificent. The Pro Shop help is first-rate. I'd recommend to anyone."

Cooperstown might be best known as the home of the Baseball Hall of Fame, but it also has one heck of a 6,401-yard golf course. The timeless routing of Leatherstocking Golf Course -- ranked third among the top public golf courses in New York by Golfweek for 2015 -- was designed by Devereux Emmet in 1909. The 18th hole starts on an island tee, leading to a fairway along Otsego Lake and a green near the historic Otesaga Resort Hotel.

Ojai Valley Inn & Spa is a time capsule of a resort course in the Topa Topa Mountains 75 miles north of Los Angeles. A who's-who of golf legends have played the 6,292-yard, par-70 course, designed by George C. Thomas Jr. and Billy Bell in 1923. Ojai hosted the Senior PGA Tour (now the Champions Tour) seven times starting in the late 1980s and the EMC Golf Skills Challenge from 1992-98. Two lost holes, removed while the resort was used as a military base during World War II, were recreated in the late 1990s.

The Bay Course at Stockton Seaview Hotel and Golf Club is the scenic home of the ShopRite LPGA Classic. The course hosted the 1942 PGA Championship, where Sam Snead holed a dramatic 60-foot chip shot on the 35th hole to beat Jim Turnesa back when the format was match play. Great chipping is imperative, because the greens are so small and undulating. The 6,247-yard, par-71 course often gets called a Donald Ross design, but that's not entirely correct. Ross added the sand traps roughly one year after Hugh Wilson completed the routing in 1914. Three holes head directly into the wind off of Reeds Bay, providing views of the Atlantic City skyline in the distance.

A 2008 restoration by John Colligan not only gave this original A.W. Tillinghast design a second life, it helped Brackenridge Park Golf Course attract the Texas Golf Hall of Fame. Most of the Golf Advisor reviews of the 6,243-yard par 71 dating to 1915 are four and five stars. User Luis4891085 wrote: "Playing Brackenridge was fun yet challenging to all golf levels. This is one of my fave courses in SA; course is always in immaculate shape, and greens roll true."

Want that vintage feel of Old Florida? The state's first golf course still has it. The Ocean Course at the Breakers Palm Beach, designed in 1896 by Alexander Findlay, was masterfully restored by Brian Silva in 2000. The par 70 only stretches to 6,167 yards, although there are 88 bunkers and six lakes to keep players interested. The immaculate conditioning and setting near the Atlantic Ocean make the round feel like a premier country club experience.

Editor's Note: The 6,108-yard Ocean Links at Omni Amelia Island Plantation, Amelia Island, Fla., was featured in the original version of this story, but it closed in November of 2017 and was replaced by Eagle Sticks. The Omni Grove Park Inn (6,520 yards) in Asheville, N.C., just missed the yardage requirement but comes highly recommended.

I'm not certain, but I believe Sam Snead won the 42 US Open at the original-and-since-rerouted Pines Course at Seaview. The Bay Course was laid out by Merion genius and Philadelphia School of Golf valedictorian Hugh Wilson, with the course bunkering subsequently set down by the maestro Ross, in true collaboration.