Everybody gets excited about hitting the signature 17th green at Apple Tree. Jason Scott Deegan/Golf Advisor The massive double green that houses the flags for nos. 9 and 18 sits on a ridge overlooking water at Apple Tree. Jason Scott Deegan/Golf Advisor 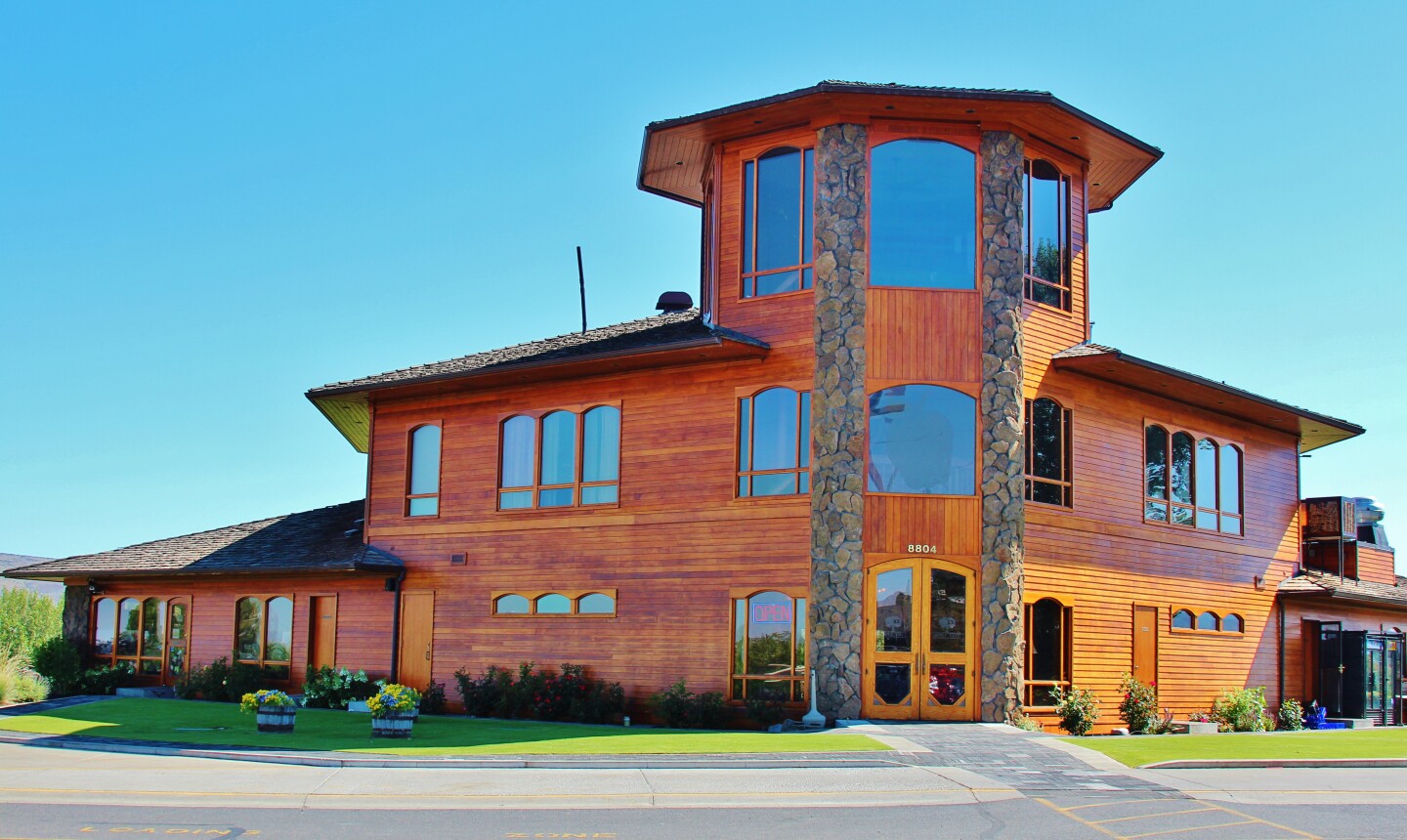 The club's famous apple-shaped island green draws golfers from near and far.

Golf buddies Randy Fletcher, of Gig Harbor, and Rick Powell, of Bremerton, made the long trek from the Kitsap Peninsula south of Tacoma to remote central Washington earlier this summer to see the course for the first time.

When asked why, Powell said: "Just for the love of the game. You have to go see what they've got here. I would drive two hours for a course with a good reputation like this."

They are not the only outsiders making the scenic journey through the mountains to the arid central plains.

"That apple island green is a trademark," Apple Tree Head Professional Kevin Anderson said. "It attracts golfers from all over the world. Last year, we had groups of 12 to 20 players from Korea and Asia and Europe. They see the rest of the course, and they enjoy it. There are many other beautiful holes out there."

The fruity theme of Apple Tree might come across as cheesy if the 6,971-yard course wasn't so darn good. Apple Tree and the neighborhood across the street blossomed from a century-old apple orchard owned by the Hull family.

Cousins John and Bill Borton, two of the original developers, had a hand in giving the routing its delicious motif back in 1992. The Bortons tweaked the final three holes of the original design to include the iconic island green at no. 17. They gave the massive 14,166-square-foot green a steady slope from back to front, so the apple and bunker stem look more prominent from the elevated tee boxes 180 yards away.

Other spots during the round reinforce the theme as well. An orchard along the front nine continues to bear fruit. Anderson said customers regularly eat apples and pears off of trees near the third hole in the fall. Even the series of ponds that makes the tee shots of the demanding par-4 ninth and the tricky par-5 18th so tough is shaped like an apple, a view only seen from an airplane or Google Earth.

The finishing hole ends the day with a risk-reward tee shot and a tough, uphill approach in the shadow of the log-cabin-style clubhouse. A huge, apple-shaped bunker filled with reddish-brown crushed lava rock was carved into the hillside below the final double green.

Overall, the two nines feel completely different. Several good par 4s stock the more scenic front side. Homes choke away some of the natural feel of the first six holes of the back nine, although there are a number of nice man-made water features. A huge waterfall spouts from a rock pile near the 14th green.

The name Apple Tree Resort can be a bit misleading. The club sold off the condos it once rented for stay-and-plays and now encourages packages with a local hotel. Still, Fletcher and Powell were left impressed by the entire experience.

"I like it," Fletcher said of the layout. "It gives you generous driving areas. The greens are in good shape. There's a lot of right to left and left to right (holes). You can't just belt shots. You've got to do course management.”

I'm not a big fan of golf gimmicks, but Apple Tree Golf Club pulls it off. The cool 17th hole elicits similar feelings to playing the island green on no. 17 of the PLAYERS Stadium Course at TPC Sawgrass. You're thinking about playing the hole in the back of your mind throughout the round, and there's plenty of nerves once you actually reach the tee.

It's the highlight of the day, and yet, I'm not even sure it's the best hole on the course. That honor might go to the no. 1-handicap, the par-4 fourth hole. The course could stand on its own merits without the unique 17th hole, but the apple-shaped green just takes things to another level. Galleries
10 Images
Apple Tree Golf Course, home of the famous apple-shaped island green, is more than a one-hole wonder in Yakima, Wash.
Golfers travel for miles to take on the apple-shaped, island-green 17th at Apple Tree Golf Course in Yakima, Washington, but they usually leave impressed by the entire experience. Architect John Steidel designed the 6,971-yard course in 1992, cutting holes from a century-old apple orchard that continues to grow trees and bear fruit. 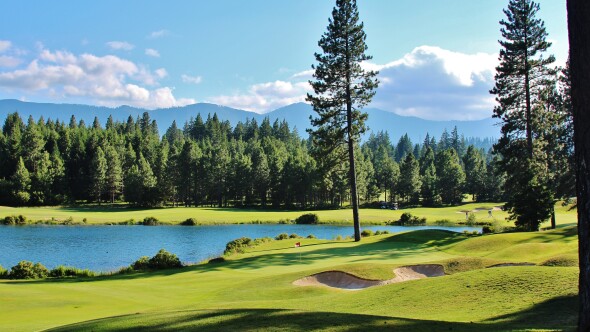 Kira K. Dixon
Lifestyle Correspondent
Now Reading
Taste the delicious Apple Tree Golf Course in Yakima, Washington: Home of the apple-shaped island green
New Cookie Policy
WE AND OUR PARTNERS USE COOKIES ON THIS SITE TO IMPROVE OUR SERVICE, PERFORM ANALYTICS, PERSONALIZE ADVERTISING, MEASURE ADVERTISING PERFORMANCE, AND REMEMBER WEBSITE PREFERENCES. BY USING THE SITE, YOU CONSENT TO THESE COOKIES. FOR MORE INFORMATION ON COOKIES INCLUDING HOW TO MANAGE YOUR CONSENT VISIT OUR COOKIE POLICY.
CONTINUE
Search Near Me