Treasures can be found off the beaten path near San Diego 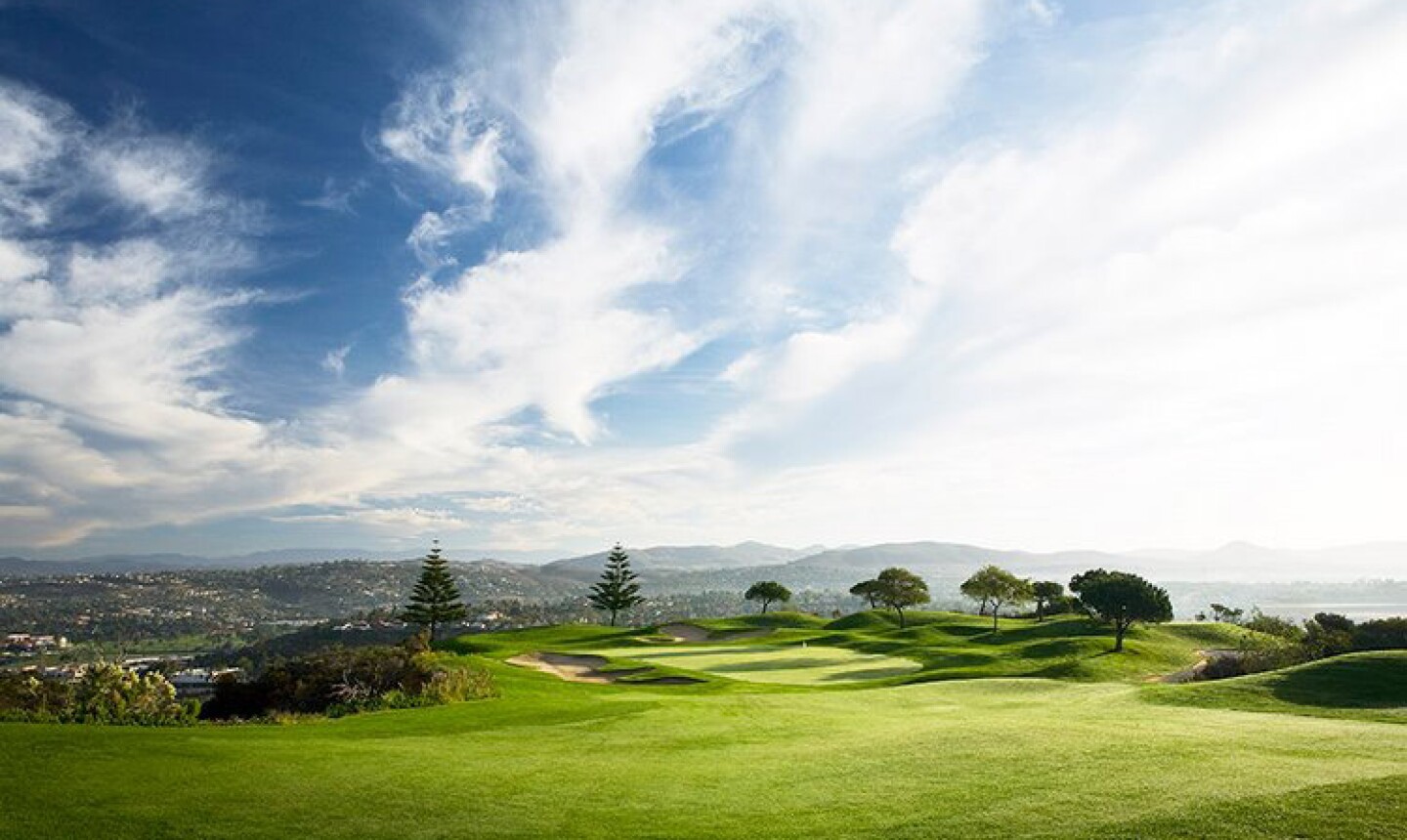 Encinitas Ranch Golf Course, with views of the Pacific Ocean, is a bargain. Courtesy of JC Golf 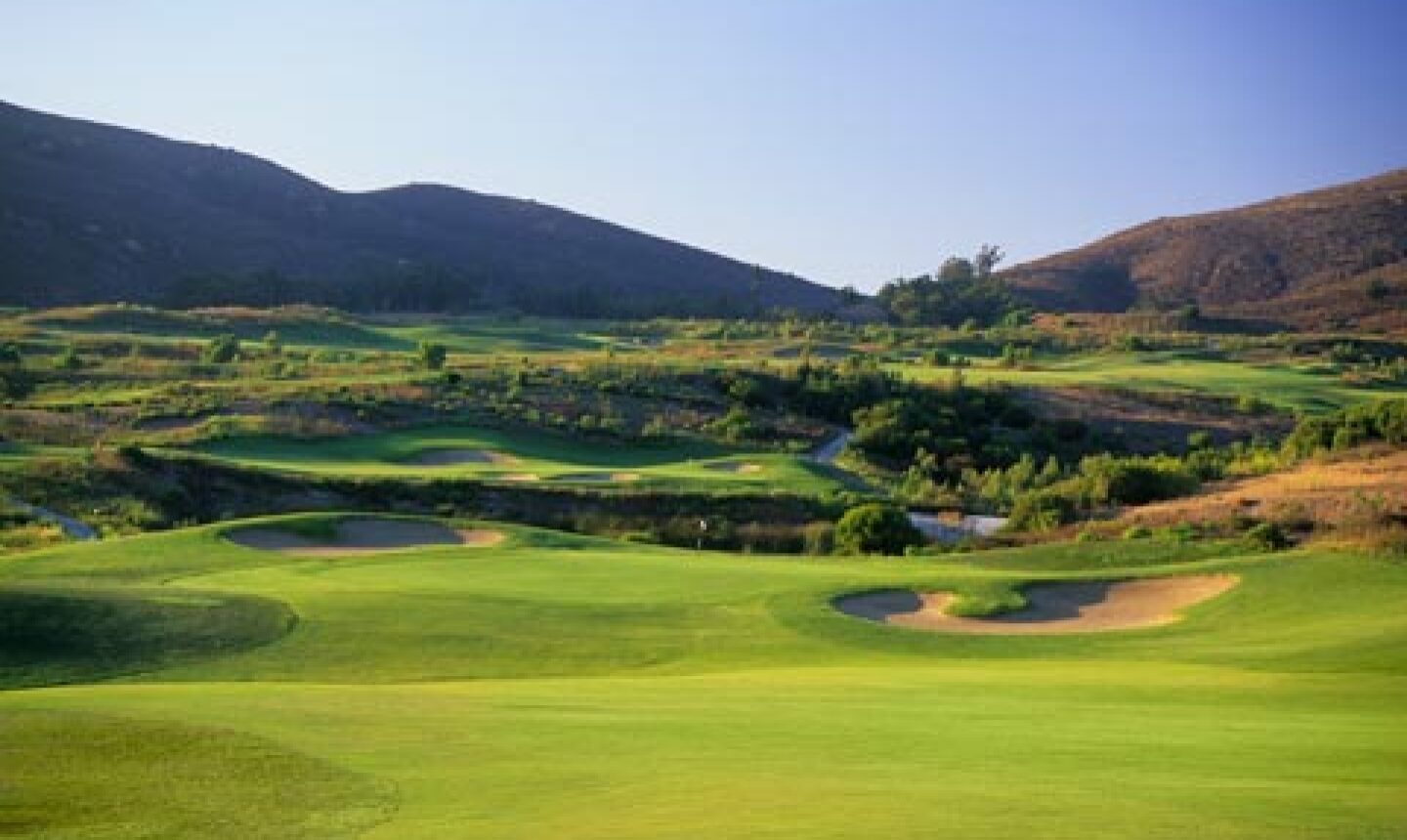 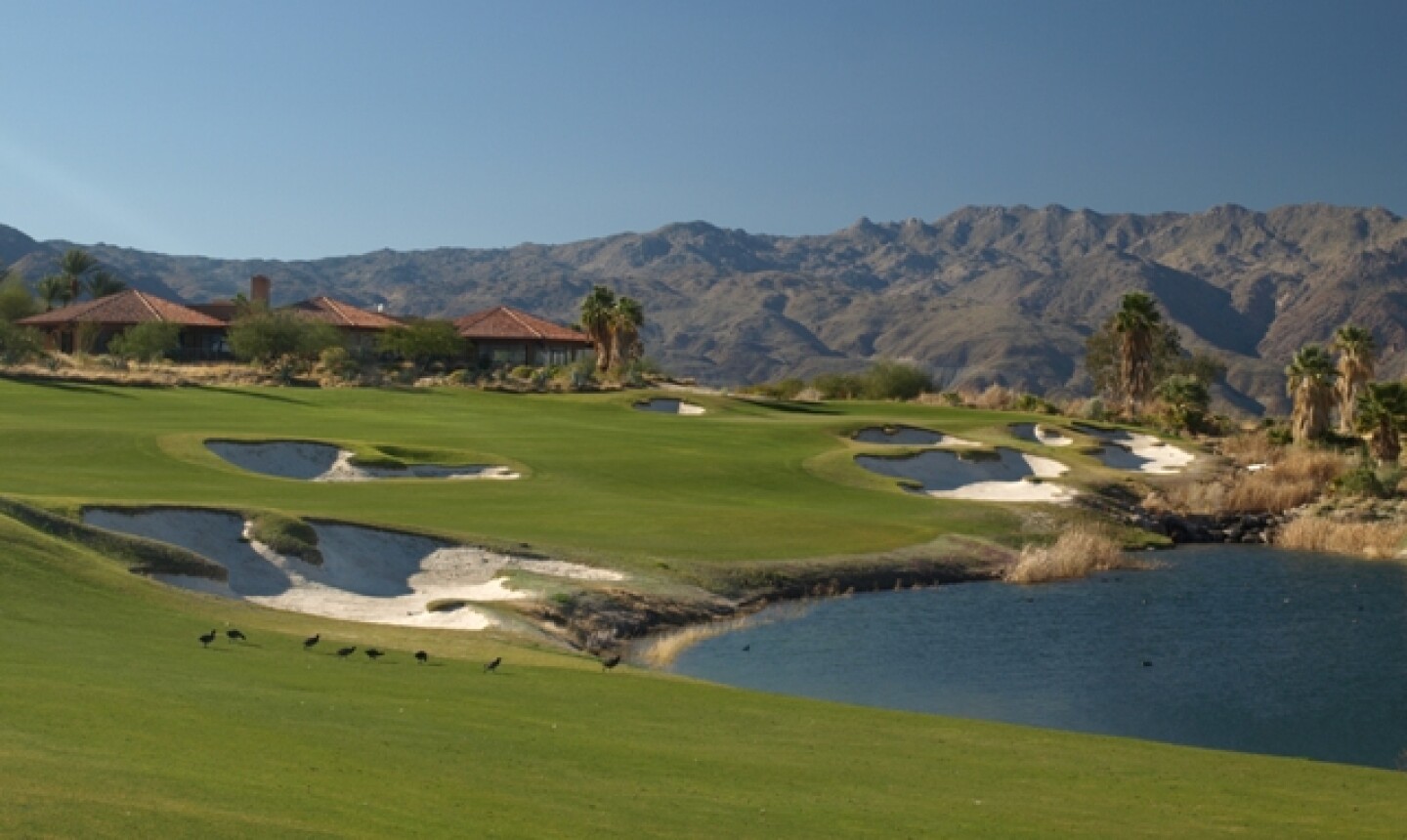 The par-5 finishing hole at The Golf Club at Montesoro. Mike Bailey/Golf Advisor 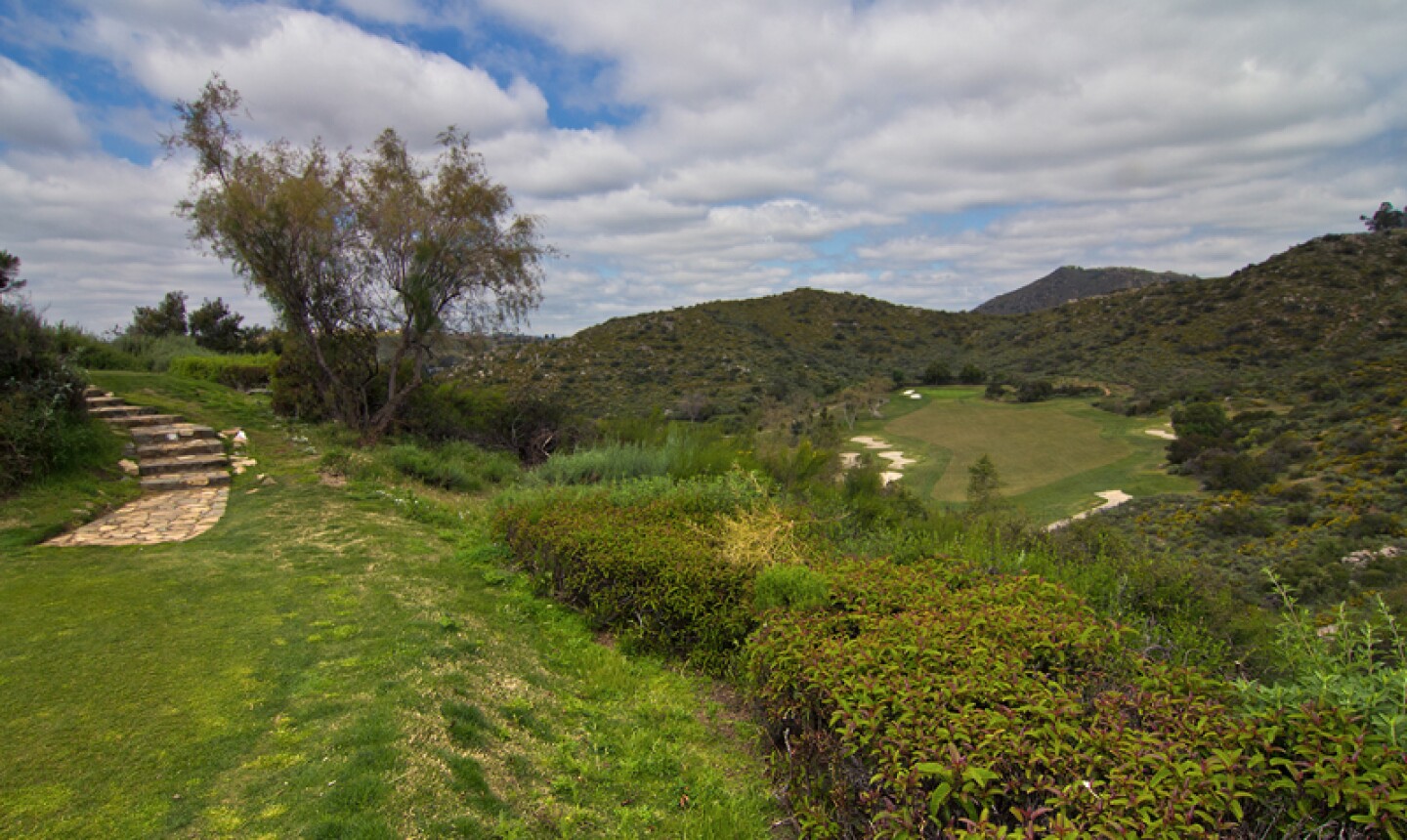 No. 3 on the Ranch nine is the signature hole at Steele Canyon G.C. Oleg Volovik/Golf Advisor

SAN DIEGO – There are so many strong public golf courses in greater San Diego, it would take a herculean effort to try to play them all.

Veering off the beaten path -- away from the aura of Torrey Pines in La Jolla and the grandeur of The Grand Golf Club in Del Mar -- can be just as rewarding as playing those pricey trophy courses. San Diego is full of courses where beauty, playability and the right price mix like peas and carrots.

Instead of chasing a star ranking, it can be even more fun to see what you can discover away from the well known, must-play golf courses in the San Diego area.

Historic Riverwalk Golf Club was called Mission Valley Country Club and Stardust Country Club when it hosted the PGA Tour's San Diego Open 10 times between 1955-67, crowning Arnold Palmer, Gary Player and Billy Casper, among others, as champions. Ted Robinson Sr. and his son, Ted Jr., spurred the rebirth at Riverwalk Golf Club by reshaping flat fairways into a sleek, modern playground in 1998. Water, including the San Diego River and four lakes, comes into play on 13 of the 27 holes. The third hole of the Mission nine doglegs right around a lake to a green guarded by a creek and waterfall.

Located in the shadows of Mt. Miguel -- 20 minutes southeast of downtown -- is the 6,889-yard Salt Creek Golf Club. It plays out naturally through green corridors adjacent to a state wildlife preserve and is one of San Diego's better values.

The 6,587-yard Encinitas Ranch Golf Course roams across bluffs overlooking the Pacific Ocean. Architect Cary Bickler's design starts off with forgiving fairways that get more demanding as the round goes on. Sitting on the patio near the fireplace -- and enjoying the view -- is a great way to celebrate a good round.

Gary Player carved the 27-hole Steele Canyon Golf Club facility from a rugged canyon setting. The fourth hole on the Ranch nine, nicknamed Parachute, captures the thrills of Steele Canyon, located 20 minutes from downtown San Diego. The fairway rests 175 feet below the elevated tee boxes. It's an uphill approach to the green. The course prides itself on pure greens.

The semiprivate Rams Hill Golf Club is a Tom Fazio special. Fazio moved plenty of dirt, but Mother Nature gave the site its 600 feet of natural elevation changes. The desert setting, against the horizon of the Santa Rosa Mountains, provides a striking contrast to the lush green fairways.

Carlton Oaks Golf Course is a tournament-tested venue that has hosted the Canadian Tour, the NCAA Championship and a PGA Tour qualifier. It forces golfers to man-up or walk away whimpering. A redesign in 1989 proved that P.B. Dye can be just as cruel as Pete Dye when using the family's signature railroad ties.

The two championship courses at Sycuan Resort (Willow Glen and Oak Glen) used to be part of the private Singing Hills Country Club until the Sycuan Band of the Kumeyaay Nation purchased it in 2001. Even without the ocean views, it's a scenic, serene setting with few homes to distract the eye.

It's hard to call the well groomed Maderas Golf Club "off the beaten path" because it has such a strong reputation as one of San Diego's best designs. This Johnny Miller/Robert Muir Graves layout opened in 2000. 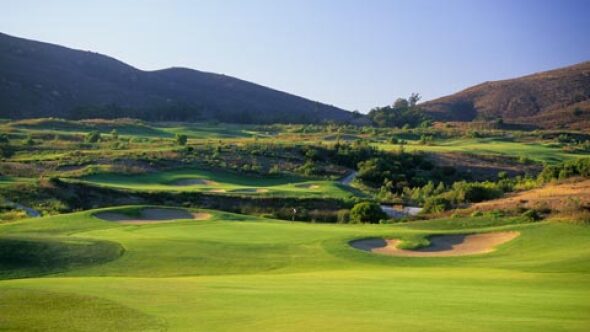 Articles
3 Min Read
San Diego golf for a song: Looking for affordable tee times in all the right places
The awesome year-round weather in San Diego makes it a prime destination for a golf vacation. But like any prime destination, golfing in San Diego can be expensive, especially for a nonresident. But there are some hidden gems - and some good values - to be had in America's Finest City, Mike Bailey writes.

Kira K. Dixon
Lifestyle Correspondent
Now Reading
Treasures can be found off the beaten path near San Diego
New Cookie Policy
WE AND OUR PARTNERS USE COOKIES ON THIS SITE TO IMPROVE OUR SERVICE, PERFORM ANALYTICS, PERSONALIZE ADVERTISING, MEASURE ADVERTISING PERFORMANCE, AND REMEMBER WEBSITE PREFERENCES. BY USING THE SITE, YOU CONSENT TO THESE COOKIES. FOR MORE INFORMATION ON COOKIES INCLUDING HOW TO MANAGE YOUR CONSENT VISIT OUR COOKIE POLICY.
CONTINUE
Search Near Me