Trip Dispatch: Northern Ireland investing in golf for the return of The Open in 2019 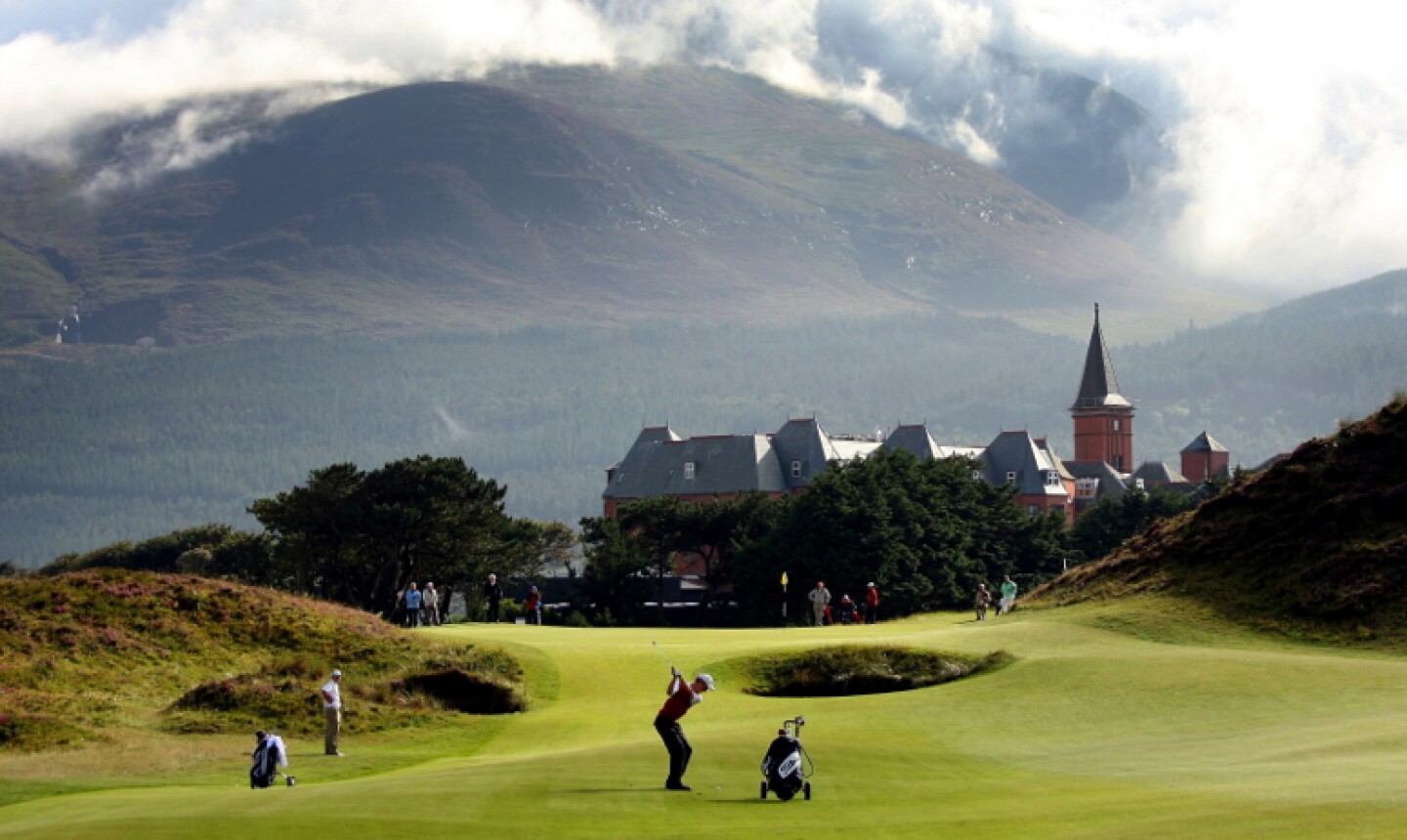 Northern Ireland's links golf scene is anchored by Royal County Down, currently ranked the no. 1 course in the world by Golf Digest. Getty Images 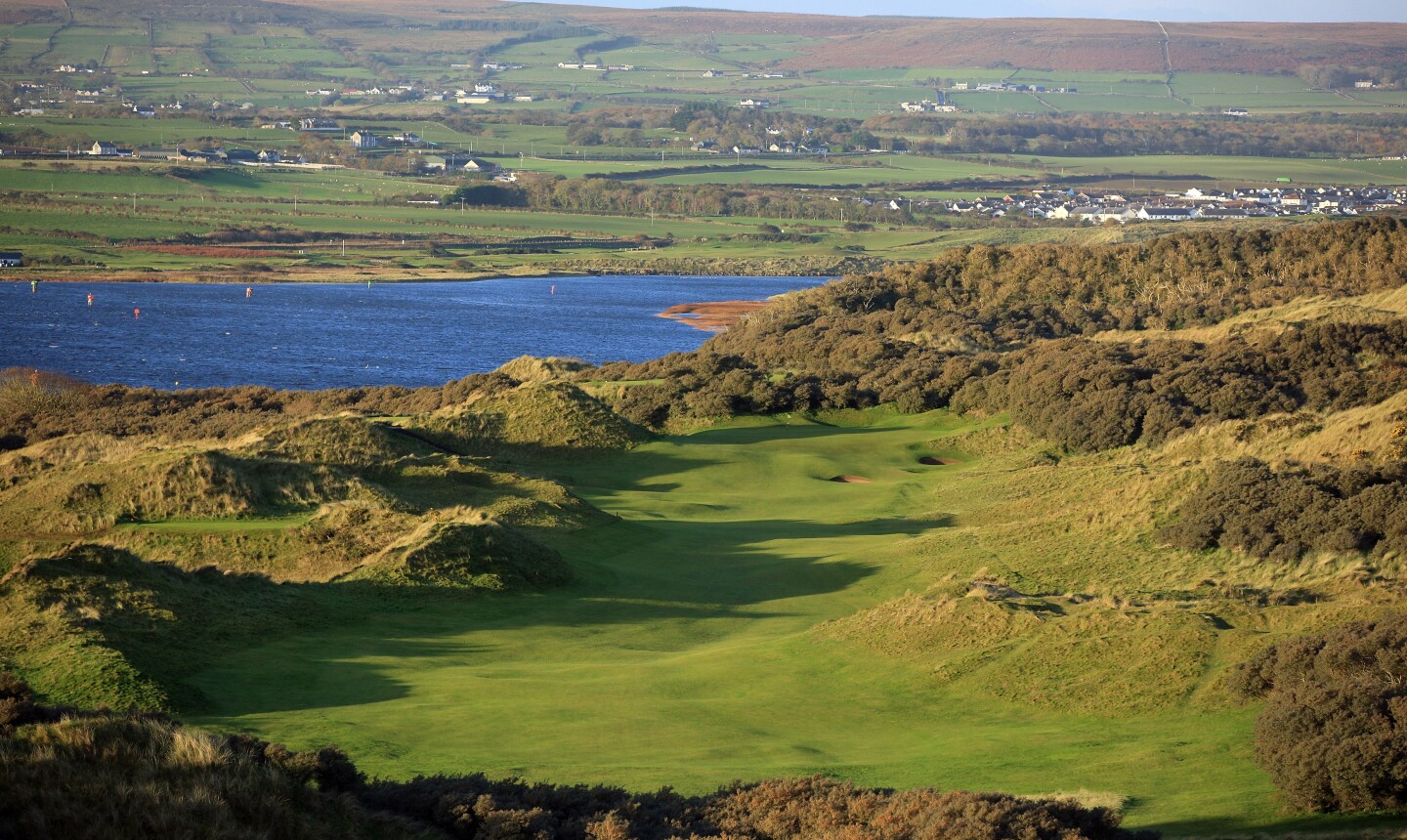 The fourth hole on the Strand course at Portstewart Golf Club is one of Ireland's finest par 5s. David Cannon/Getty Images

PORTRUSH, Northern Ireland – Landing The Open in 2019 has already been a game-changer for one of the best golf links golf destinations in the world.

Several of Northern Ireland's best golf courses are being upgraded, gearing up for the tournament or the residual business and attention that comes from hosting golf’s oldest major championship. The famed Dunluce Links at Royal Portrush Golf Club, which hasn’t hosted The Open since 1951, will debut two new holes in June, its first major changes since Harry S. Colt was prowling the grounds almost a century ago.

Just down the road on the underrated Strand Course at Portstewart Golf Club, several holes are being tweaked and back tees added in advance of the 2017 Dubai Duty Free Irish Open. Even less heralded courses like the Valley Links at Royal Portrush (four new/altered holes), Castlerock Golf Club (potential changes coming to eight holes of its main course, Mussenden Links) and the Ardglass Golf Club (undergoing a bunker renovation that will install new sodwall bunkers popular on links courses) are getting a facelift.

As hard as it would be to improve upon the Lough Erne Resort, the 120-room luxury property set on a 600-acre peninsula two hours south of Castlerock is also in the midst of a three-year, multi-million-dollar improvement plan. It celebrates its 10th anniversary this year.

I spent a week in Northern Ireland in April, playing a dream seven-some of courses and touring the mesmerizing Causeway Coast. I’ve rounded up five highlights from a memorable golf trip overseas:

Fresh off a 10-hour overnight flight from San Francisco, I drove my rental car from the Dublin International Airport to a lap of luxury, the Lough Erne Resort, two hours to the northwest. Nick Faldo’s Championship course at Lough Erne was set to host this summer’s Irish Open before the European Tour’s decision to move the tournament to Portstewart, setting up three straight weeks of links golf with the Irish Open, Scottish Open and The Open one after another. All those links on TV is great for American golf fans, but it’s also a pity they won’t be introduced to Lough Erne.

Lough Erne is essentially the K Club of Northern Ireland, an amazing resort hotel anchored by a truly demanding parkland course loaded with water hazards. It’s easily among the five best golf hotels on the Emerald Isle I’ve experienced, with fine restaurants and rooms as good as or better than those at the K Club, Trump International Golf Links and Hotel Ireland, the Slieve Donard Resort & Spa and Adare Manor (I could include Mount Falcon Estate, but there’s no course there, and I still haven’t been to Ashford Castle, where Rory McIlroy recently got hitched). Lough (pronounced "Lock") Erne is totally worth the detour from the links for a day or two of splendor in the scenic Fermanagh Lakelands.

A nine to remember

I get the biggest thrills traveling the world playing golf by discovering awesome places entirely by accident. Serendipity is a powerful emotion.

After a perfectly enjoyable morning playing the Mussenden Links at Castlerock, my playing partner and I decided on a quick emergency nine on the Bann course. We had no idea we were walking into a paradise of dunes near the ocean inlet of the River Bann, the country’s longest river. Every tee after the flat first hole revealed a riveting adventure. The par-34 routing is only short on yardage, not on personality or charm, however. If I were a club member, I’d call an emergency meeting to incorporate some of these holes into the main routing. The Bann just might be the best nine-hole course I’ve ever played. It's that fun and interesting.

The changes to Mussenden Links must still go through a vote of the members this fall. Should the vote pass, the club will break ground right away and complete the work in mid-2018. The biggest change will be a new second hole with a new green and seven other holes (nos. 1, 3, 11, 13, 15, 16 and 18) will receive tweaks to various green surrounds and bunkering.

I’ve already covered the new holes at Royal Portrush extensively in other stories (click here, here and here). Architect Martin Ebert’s design efforts improves both the Dunluce and Valley Links. Dunluce might be the most enjoyable of all The Open venues for amateurs. It’s playable – only a couple par 4s feel like a slog – and delivers a few signature moments everybody cherishes, i.e. the fifth hole unfurling toward the ocean and the daunting tee shot of the “Calamity Corner” par 3, now the 16th hole.

My only regret was missing dinner and drinks at the Bushmills Inn Hotel & Restaurant in Portrush. I can’t complain, though, because the Anchor Inn where I stayed sat in the heart of downtown Portstewart, a lovely seaside town close to the Strand course at Portstewart, home to one of the best front nines in links golf.

This trip probably saved my reputation as a golf writer. My first time playing Royal County Down Golf Club in 2011 left a bad taste in my mouth. The course was overgrown with rough, the blind shots felt overbearing and I really didn’t enjoy who I was paired with, either. Never in a million years would I have voted the links as the top course in the world, which Golf Digest’s raters did in 2016.

Playing a morning round at RCD, followed by lunch in the clubhouse, and an evening round with a friendly wager on the line washed away all ill will. It was simply sublime, maybe the most fun I’ve had playing 36 holes in a single day. Once you get used to the lines on the blind tee shots over the dunes, you start to feel comfortable and really enjoy the course’s merits. As links go, the Championship course at Royal County Down and the Championship course at Royal Dornoch Golf Club in Scotland deliver the best combination of scenery and required shot-making in golf.

No Royal County Down experience is complete without a stay at the Slieve Donard Resort & Spa next door. The Hastings Hotel seems to get better with age. Even the view from the indoor pool in the basement is one of a kind. Its restaurant, both for the breakfast buffet and dinner, was tantalizingly good. If you have a free night, take a stroll through town to Brunel's Restaurant, where my pasta dish sang sweetly to my taste buds. Owner Paul Cunningham expresses his passion for cooking in bold and fresh flavors. He’s an impressive young chef with immense talent.

If you can't get on RCD - visitor access is limited - the consolation prize will still impress. The stunning cliff-top holes of Ardglass are less than an hour away. No course can compare to the bookends at Ardglass, which starts with one of the scariest opening holes in golf and ends with a pint in the oldest clubhouse in the world, a building fashioned from a (haunted?) castle dating to 1405. The new bunkering, scheduled to be completed hole by hole sometime in 2018, will really improve the look and feel of the holes away from the coast.

A morning spent touring the coastline was a refreshing change from worrying about bogeys and birdies. It was guided by Lowell Courtney, who runs Lynchpin Tours. Courtney, a longtime member at Portstewart, regularly sets up golf trips throughout the Emerald Isle.

Every adventure wanders by the iconic ruins of Dunluce Castle on the cliffs overlooking the Irish Sea. Visitors can stop and tour the ruins for five pounds (something I've never done). We had just enough time to hit a trio of highlights.

The Giant’s Causeway, a World Heritage Site by UNESCO, will wow you. A series of 40,000 interlocking basalt columns, the result of an ancient volcanic eruption on the sea, are sticking out of the ground like inverted lego pieces. They’re fascinating to climb upon, while staring up at the towering seaside cliffs surrounding you.

Roughly 15 minutes away, the Carrick-a-Rede Rope Bridge was erected by fisherman in 1755. It’s a glorious hike down the coastal cliffs to the bridge, even if the walk across is merely a formality. The wind howled so much the day I visited there was some concern the bridge could close for safety reasons. A gust almost ripped the iPhone out of my hand as I bounced across, filming every step.

Since HBO's riveting Game of Thrones is filmed in a studio in Belfast, many other scenes have been shot throughout Northern Ireland. As a GOT fanatic, I loved seeing the ‘Iron Islands’ in person walking around the Ballintoy Harbour. You see, along Northern Ireland's rugged coast, reality and fantasy are virtually interchangeable.

The first hole at Portstewart was heaven to look at and play. So was the fifth at Portrush, but I have to say the second at Ardglass was my favorite hole at my now favorite course. 18 Holes with a water view! Fantastic! Don't forget Belfast as a side trip. Wonderful city. All things considered, I will take Northern Ireland over any place I have been to in Ireland/UK. Thanks for your story.

Tim Gavrich
Senior Writer
Now Reading
Trip Dispatch: Northern Ireland investing in golf for the return of The Open in 2019
Search Near Me