Winding roads and scenic drives: A golfer's guide to the best golf courses on Bermuda 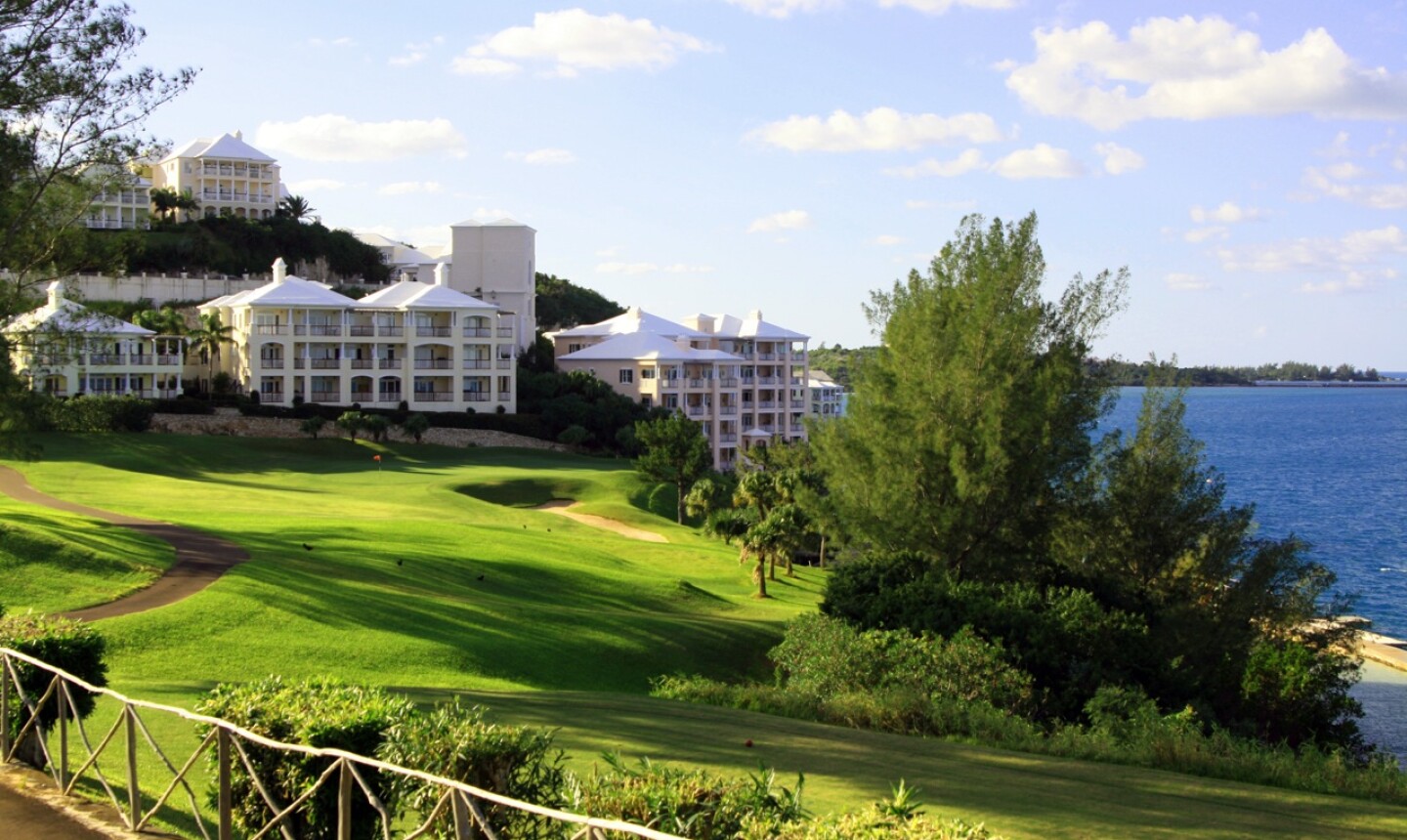 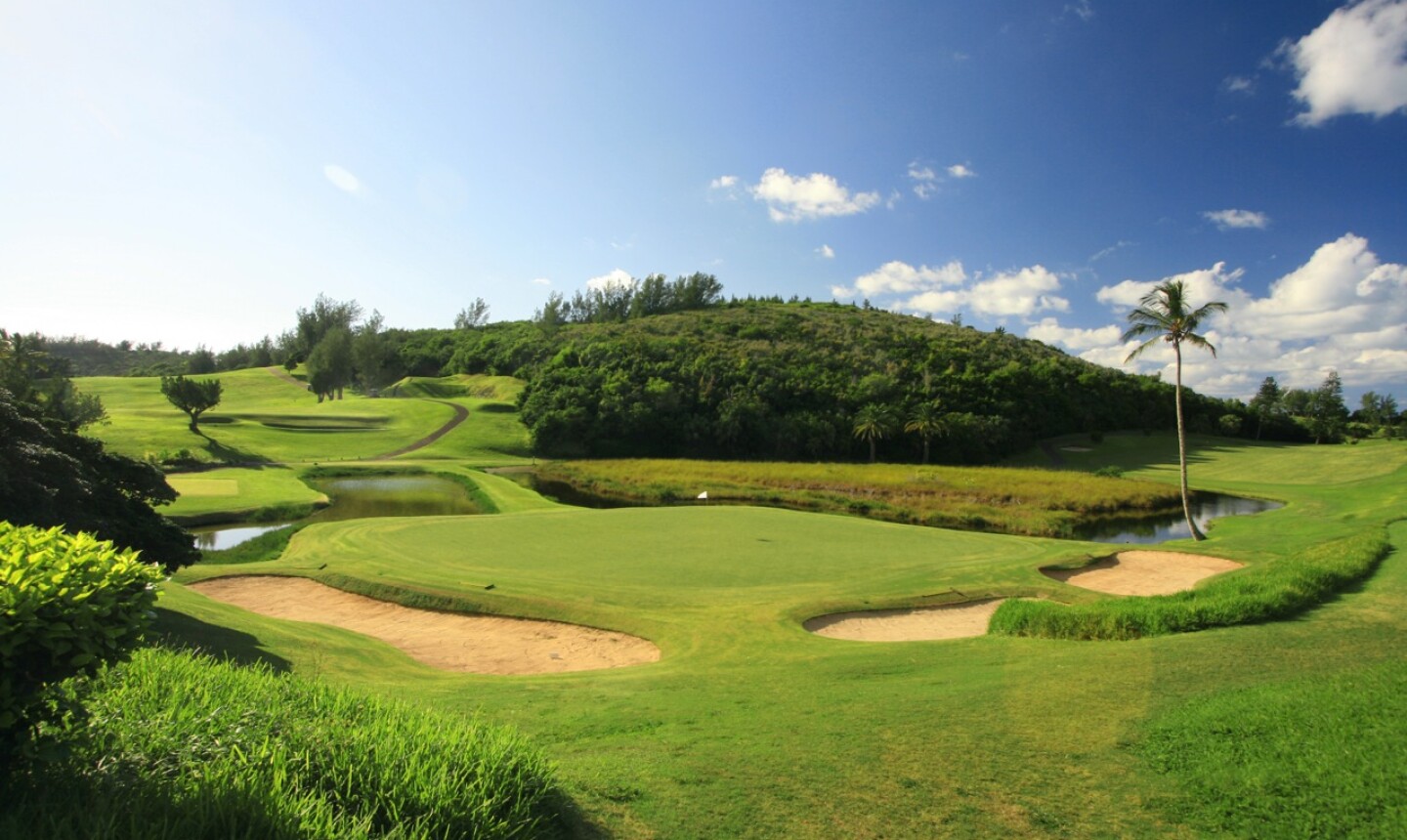 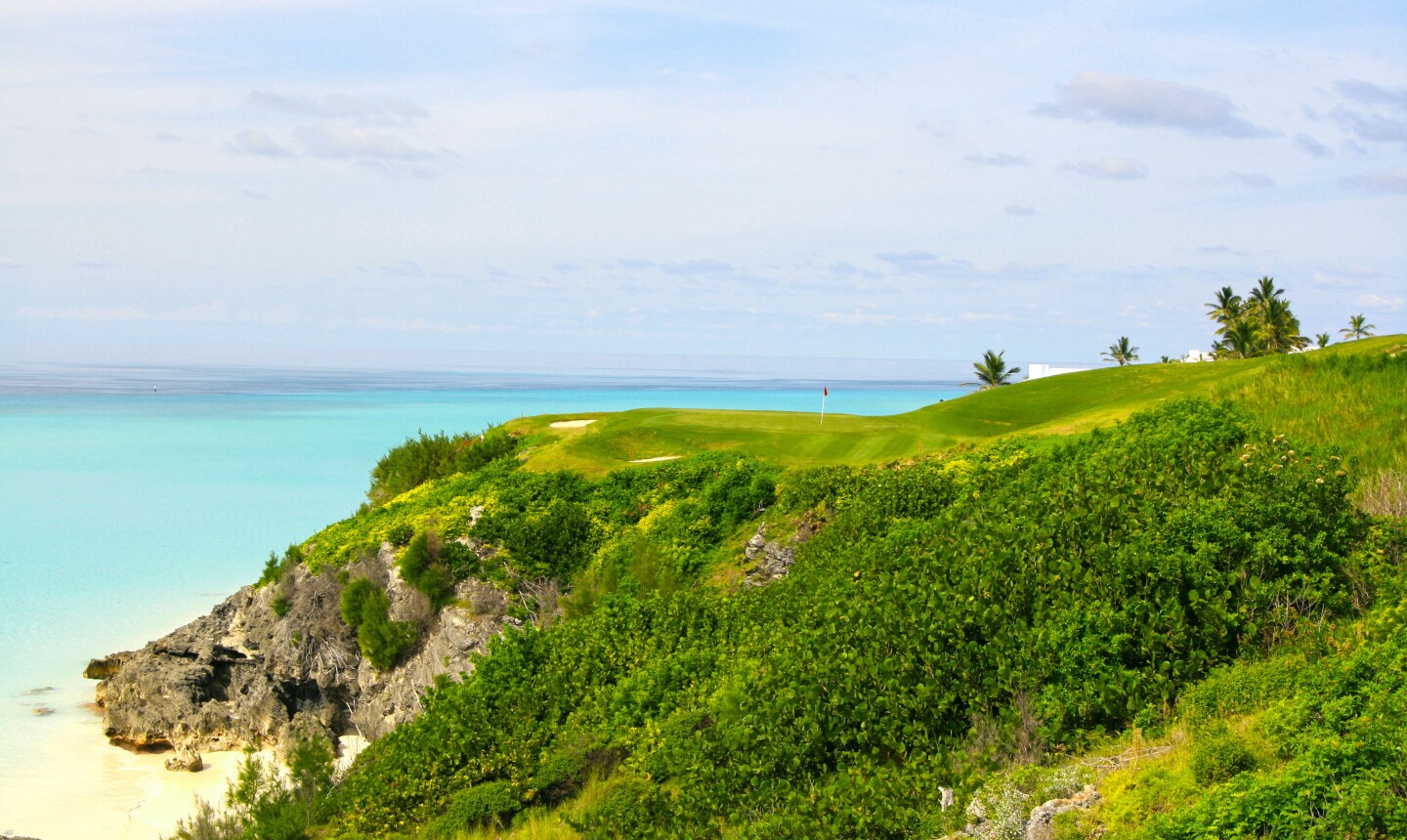 Bermuda is a nation as unique as its location: an oasis in the middle of the Atlantic Ocean 650 miles from the nearest land mass: Cape Hatteras, N.C.

That may seem isolated, and its "Bermuda Triangle" coordinates have a notorious mythology, but these days it's actually quite convenient. It's a brief flight into Hamilton from the eastern seaboard (90 minutes from New York City), and airfare is usually more affordable than other destinations in the Caribbean such as the Dominican Republic or Puerto Rico.

This string of seven main islands is not technically the "Caribbean," even though it's commonly lumped into that geography thanks to its steady stream of cruise ships, its alluring beaches and balmy weather.

Because virtually everything on Bermuda must be imported, the cost of goods and services are generally high. The standard of locals' living is quite good and poverty is low, especially when you compare it to most islands of the Caribbean. Fact is, Bermuda is about as safe as a place as it gets in the tourism world. And in even the most touristy districts, even the Dockyard district down by the cruise ship docks, don't overly bombard you with high-pressure selling and you don't get the sense you need to keep a hand on your wallet.

The friendly, comfortable vibe makes this little, happy nation of 65,000 residents exciting to discover. Forts, little coves and towns lie around every corner. It's also tough to get lost. The country is less than two miles wide at its thickest point, and there's really just one main road that connects the east and west ends separated by about 22 miles.

Bermuda is just 21 square miles large, and a lot of its land mass is covered by golf courses. Not only is the game abundant, its roots are deep here, dating back to the age of steam ships that roared across the Atlantic Ocean. To attract passengers, ship companies commissioned golf courses on Bermuda to lure tourists.

The jewel of the island is Mid Ocean Club, a C.B. MacDonald design that is a Golden Era masterpiece full of unique features. While a prestigious members club, Mid Ocean does open its tee sheet up to the public Monday, Wednesday and Friday for a green fee of $250.

Next door is Tucker's Point Golf Course (originally a nine-hole course named Castle Harbour that opened in 1932) and is part of a sterling resort, the Rosewood Tucker's Point, a mid-sized, luxury hotel with 88 guest rooms and also includes a tennis and beach club. While golf has been played here since the 1930s, the golf was upgraded to 18 championship caliber holes by Roger Rulewich in 2002.

Bermuda's most high-profile play is the PGA Grand Slam of Golf host since 2009, Port Royal Golf Course (green fees $110-$180). Originally a Robert Trent Jones Sr. design that opened in 1970, it was renovated and upgraded when it was announced the Grand Slam was coming to Bermuda and is now the country's toughest test from the championship tees. It also has the most dramatic hole, the par-3 16th that plays on high bluffs beside the ocean.

For more leisurely golf on Bermuda

Bermuda's severe landscape, with few flat spots, mean that most golf courses are pretty tough. But beside Tucker's Point, Mid Ocean Club and Port Royal, there are shorter, more leisurely golf courses that cater to all abilities.

Riddell's Bay Golf and Country Club is the flattest of Bermuda's golf courses, and it's also the oldest, which isn't a coincidence. It was easier to plot out holes on this scenic stretch of bay-front property than just about anywhere else on the island (green fees $160).

The best stay-and-play option for beginners looking for a little taste of golf on site is just up the road from Riddell's Bay, the Fairmont Southampton's Turtle Hill 18-hole executive course is set on 100 acres of rolling, lush and manicured grounds. Also unique to this course is that the resort offers night golf once a week, and tees and greens are lighted and special lighted balls are provided. The Fairmont is Bermuda's largest hotel and offers golf packages to surrounding island courses.

In the Warwick Parish, Belmont Hills Golf Club opened in 1924, was designed by Devereaux Emmet and plays just more than 6,000 yards from the championship tees (green fees $155). Additionally, Ocean View is a nine-hole course (with 18 tee boxes) that offers a casual and affordable round of golf on the layout that can play 2,450 yards per nine.

Near the St. Catherine's fort is the dormant St. George's Golf Club, a Robert Trent Jones Sr. design that closed in 2008.

While the grass is long, the playing corridors remain, and there are murmurs that new investment could spur the course's restoration in the coming years.

Bermuda: When to go

The winter months, while cooler than the islands in the Caribbean sea, are still warm enough for golf. In fact, with highs in the 60s, this time of year is often referred to as "golf and spa" season, where islanders skip the beach for a round of golf and a massage.

The weather is still temperate enough that the grass on courses normally doesn't go dormant.

Getting around: Bermuda transportation

Because of Bermuda's unique layout that includes roadways mostly built nearly a century ago, the country keeps a strict tab on how many cars can be on the road.

Households may only have one car, and there are no rental cars on the island. This means you'll be taking a taxi just about everywhere. Also, there is a good public transportation system that you can use as well, or you can hire a Scooter or "Pedal Bike," which is a motorized bicycle.

There is also a good bicycle culture here, and motorists happily share the road with cyclists. It also helps that the national speed limit is just 32km per hour.

The PGA Grand Slam of Golf has been a fixture on the fall schedule for Bermuda since 2007, but that's not the only big event on the island. In fact, the biggest of the year is the annual Bermuda Cricket Cup, a two-day event each August held in conjunction with two public holidays in either late July or early August that turns the entire country into one big party.

For those amateur golfers who want to compete themselves on Bermuda, there are several opportunities each year. The Bermuda Goodwill Golf Pro-Am is in its 60th year in 2012 and is staged at Mid Ocean, Port Royal and Tucker's Point.

Also, the Seniors Golf Tournament and Couples Golf Tournament, both held in February, and a Ladies Pro-Am Golf Classic held in March are options for amateur competition. 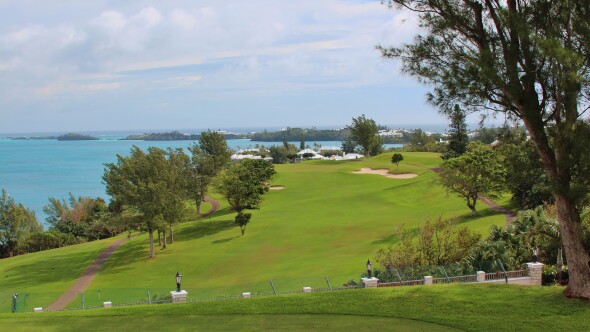 Galleries
8 Images
Photo gallery: Old English charm comes to life at Rosewood Tucker's Point resort in Bermuda
Rosewood Tucker's Point, an 88-room resort that opened in 2009, is the first "new" resort on the island of Bermuda in nearly 40 years. The resort, which boasts Bermuda's longest private pink-sand beach as well as a 12,000-square-foot spa, also gives you access to great golf with the Tucker's Point Club and The Mid Ocean Club next door.

Kira K. Dixon
Lifestyle Correspondent
Now Reading
Winding roads and scenic drives: A golfer's guide to the best golf courses on Bermuda
New Cookie Policy
WE AND OUR PARTNERS USE COOKIES ON THIS SITE TO IMPROVE OUR SERVICE, PERFORM ANALYTICS, PERSONALIZE ADVERTISING, MEASURE ADVERTISING PERFORMANCE, AND REMEMBER WEBSITE PREFERENCES. BY USING THE SITE, YOU CONSENT TO THESE COOKIES. FOR MORE INFORMATION ON COOKIES INCLUDING HOW TO MANAGE YOUR CONSENT VISIT OUR COOKIE POLICY.
CONTINUE
Search Near Me