Table Rock Golf Club stands out from many other courses in Ohio thanks to the abundance of trees. This public course is not the most challenging or scenic, but it is fair test of your skills and it is known for its excellent conditions. The layout has a more open front nine but towards the back of the course is where the abundant trees come into play. The last nine holes are much tighter with narrow fairways bordered by dense forest. Accuracy is a necessity in order to finish well. The 14th and 18th holes are local favorites. Table Rock Golf Club's layout is player friendly enough for beginners but still provides challenges that appeal to more experienced players. There are also five sets of tees to further adjust the game to your skill level.

The 19th Hole is Great For:
Drinks 12
Course Challenges Include:
Water Hazards 16
Forced Carries 10
Undulating Greens 8
This course/club is great for:
Locals 16
Advanced Golfers 10
Seniors 10
This Course's Location is:
Worth the Drive 21

Sx9wk4iYY5lWaeZTonzh
Played On 09/20/2020
Reviews 1
Skill Intermediate
Plays Once a week
I Recommend This Course
5.0
Previously Played

Not the same course from 2019. Much improved maybe new owners

We played today 18. They have upgraded everything. Was a great course. They have new food snack area with gourmet coffee completely remodeled. We had the best day! We golf weekly and loved the country ambience. So beautiful and relaxing with a challenging course!!! We will be back. Prefer over the fancy courses around westerville. Great food and drinks at a great price.

For being out in the country, it sure felt a bit crammed like a city course. The staff was very friendly, and chatted us up at the start and at the turn.

We tried to order a brat, but there weren't any available. A lot of the fairways definitely hadn't been regularly mowed, and a few of the tee-boxes were chewed up pretty good.

$25 isn't bad at all for this course, but you're not going to be blown away with the course conditions at all.

Overall was a pretty good time. Started on the back 9 because they were watering the front . Only issue was by the time we got to the front 9 was sprinklers were still on on a few holes. Not just a few either but the full length of the hole.

First round of the season

Great first round of the season!! It was a bit wet, but that was to be expected with the rain we’ve had. Cart path only...but it was a great round!!

This course has some drainage issues that need addressed. More than half the play area was under water or so saturated that you couldnt hit. When i asked staff if it was cart path only, they said no just used good judgement. There were numerous trees down on the area of play not including what seemed to be hundreds of stumps from the removal of trees. We paid for 18 holes and only played 9 because it was so bad. Wont play there again.

Almost Christmas on the links

This reciew is not totally fair for Rable Rock.... prior to playing on an afternoon that was to experience 43 degrees, no rain, little wind and partly sunny; the weather had been extremely rainy. So, the course was pretty much saturated or muddy. Needless to say we dealt with plugged balls and leaves were pretty much everywhere which provided another challenge of searching for balls. For a twosome with no one else on the course with a cart took 4 1/2 hours. This was not due to the course but weather preceding our play. Overall we had a great day.. we were able to use a reward which was about to expire which prompted the play when we did. This course has experienced a severe Ash tree voter which has prompted a number of trees being felled and in doing so has effected the character of some of the tree lined holes; so sad....

The course has a great location and a nice pace of play. Early tee time was great for my putting but became more challenging on the back 9

Although some difficult greens due to water saturated, greens played true. I would like to play again soon in dry weather.

Good course, good value, the greens were aerated and some of the fairways lacked turf. But we play there a few times a month and it's not a bad course

This is one of our local favorites and always enjoyed.

Could be in better shape

My wife and I enjoyed this course a great deal. The fairways and greens were in great shape, which is not always the case in Ohio in late summer. Stay in the fairways and you will have good shots to the green, but mis-hit shots have a good chance of getting wet.

This course could be awesome

This course has a great layout and with some TLC it could be amazing. The greens are rough and crab grass is starting to take over
But they need someone to do a better management first
They double book tee times and don't manage pace of play
IT TOOK FIVE AND A HALF HOURS TO PLAY
We have played a lot of slow courses but this was the worst

Everything was great. Not first time golfing here. The course was in great shape and the beer was cold.

The course was dry. The fairways were going dormant and the crab grass was abundant.

The tee boxes are in poor to average condition.

The management handled our tee time reservations and the price was right.

The four of us had a good time and I will go back.
The concession area was well stocked and ice water was furnished when requested. 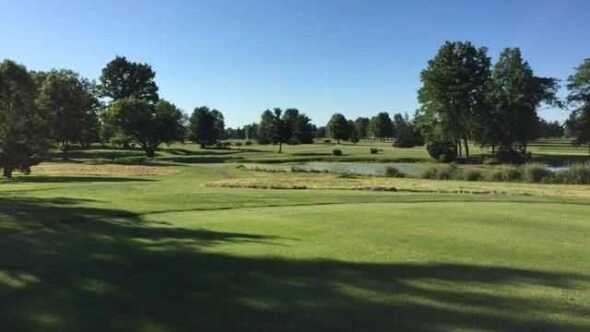 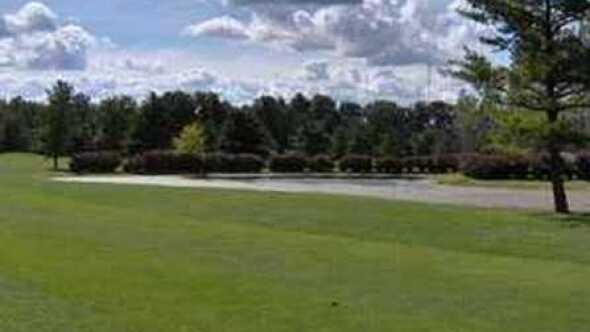 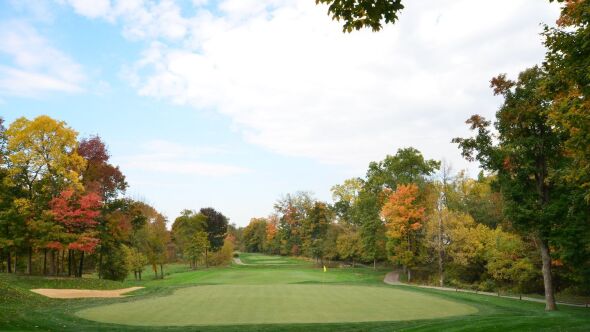 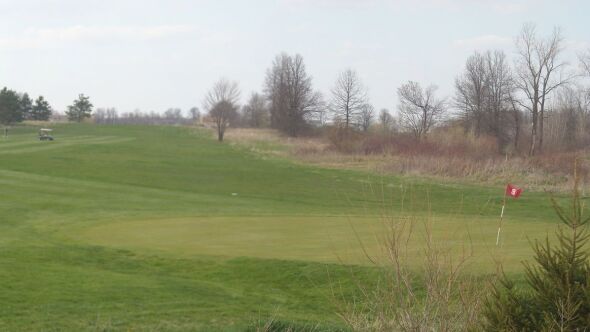 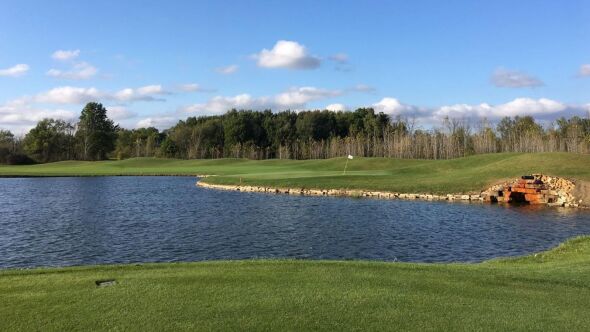 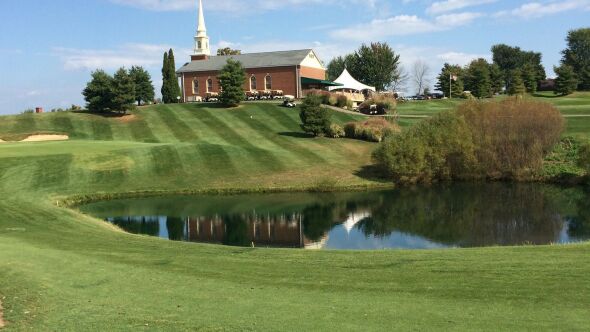 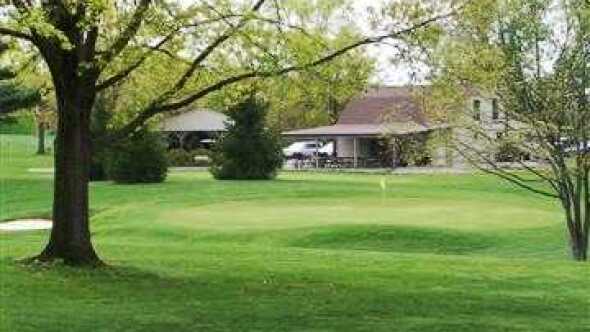 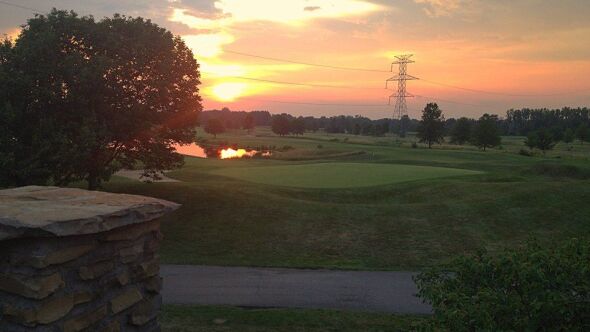 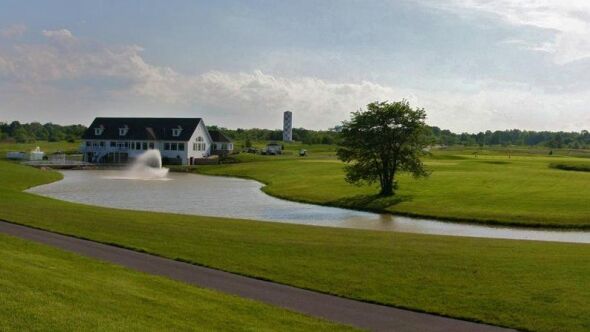 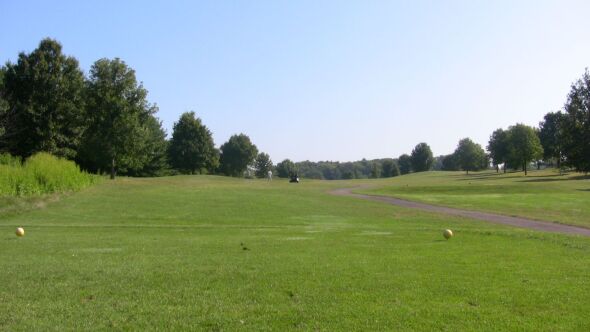 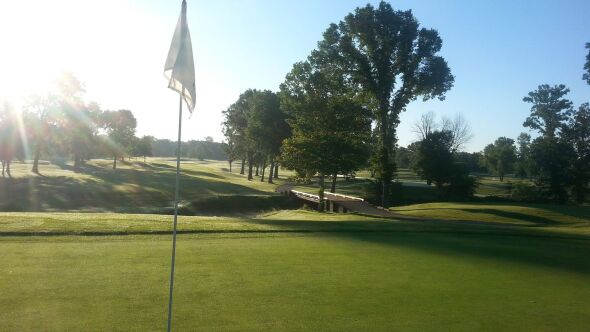 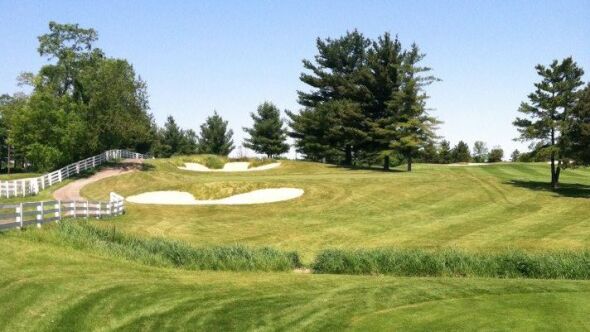 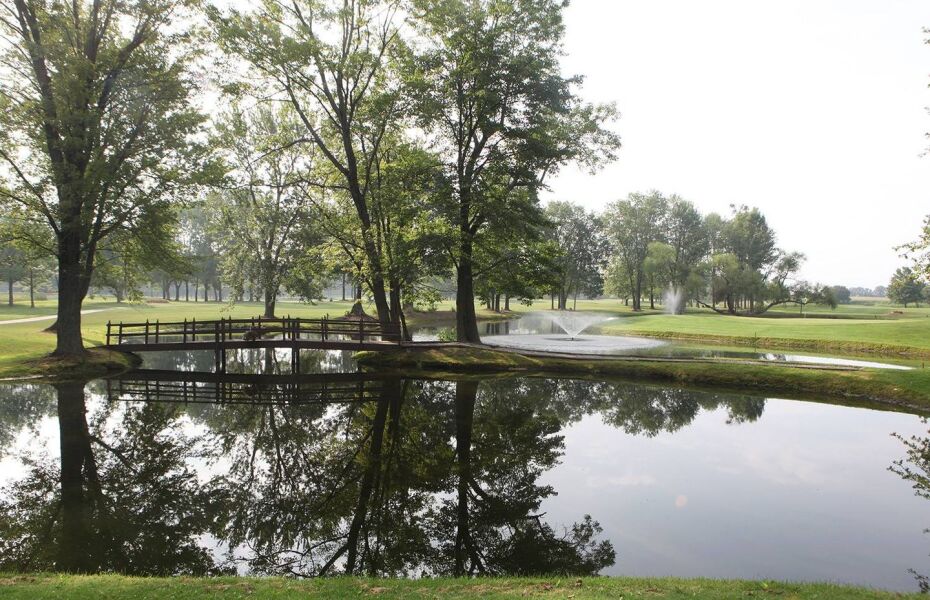 A view over the water from Table Rock Golf Club 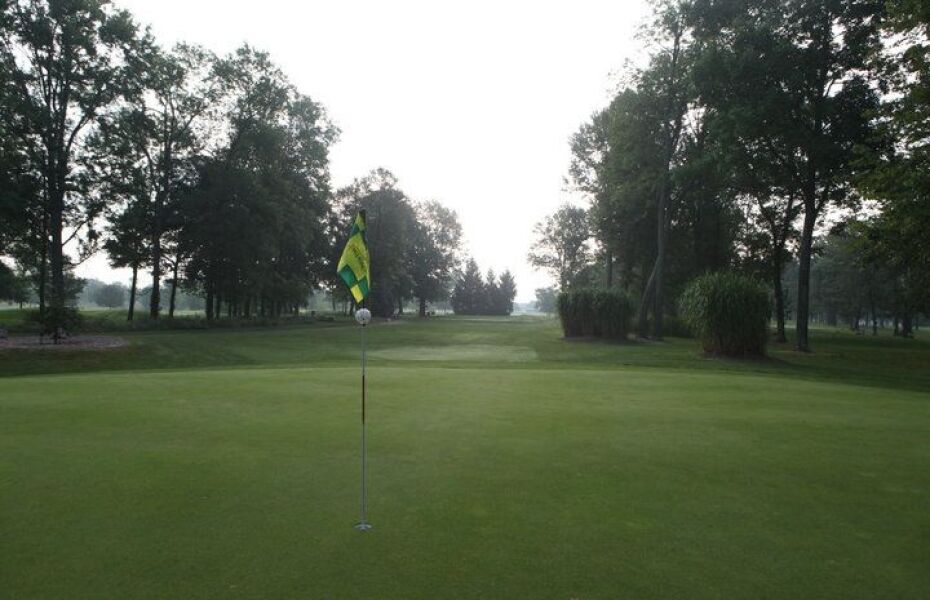 A view from the 2nd green at Table Rock Golf Club 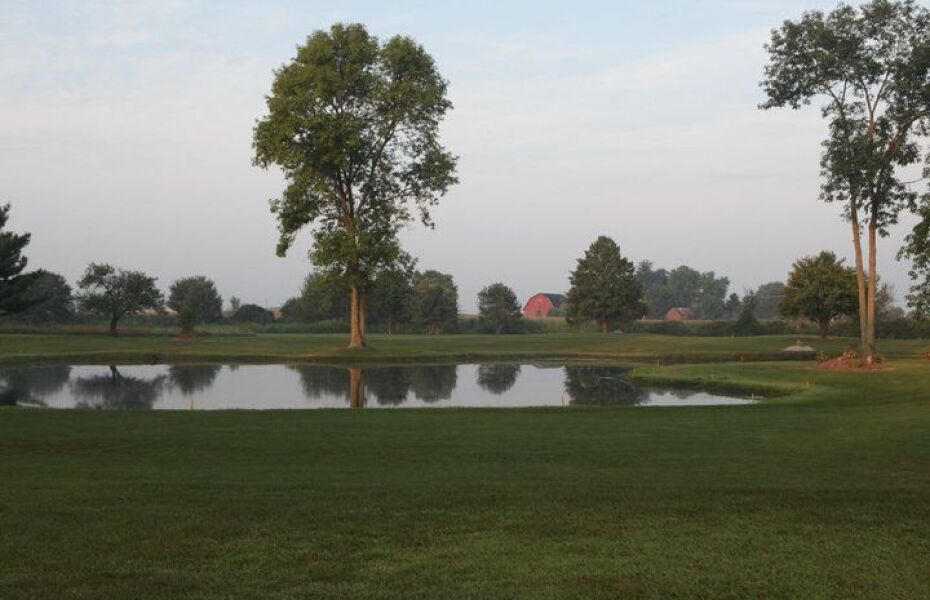 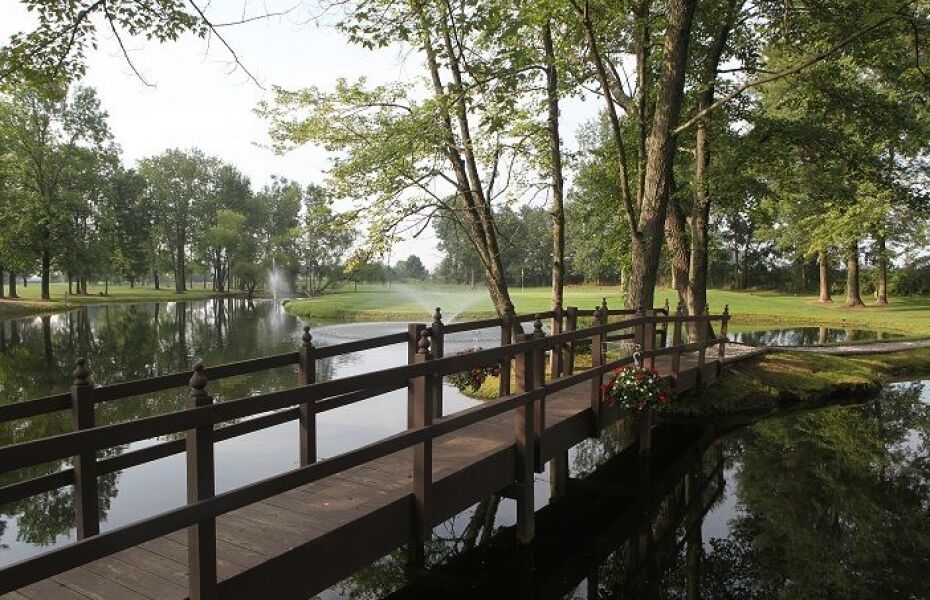 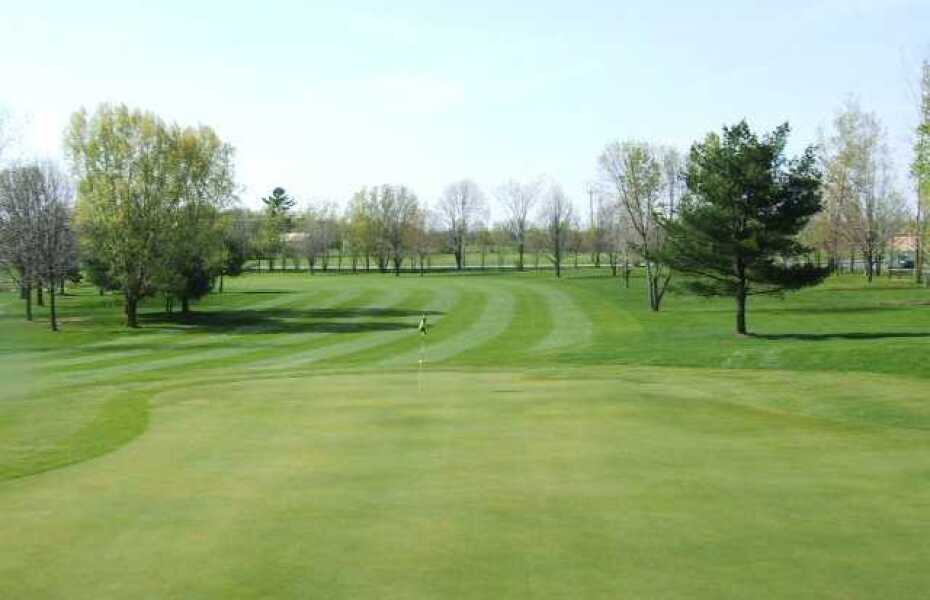 A view of hole #4 at Table Rock Golf Club 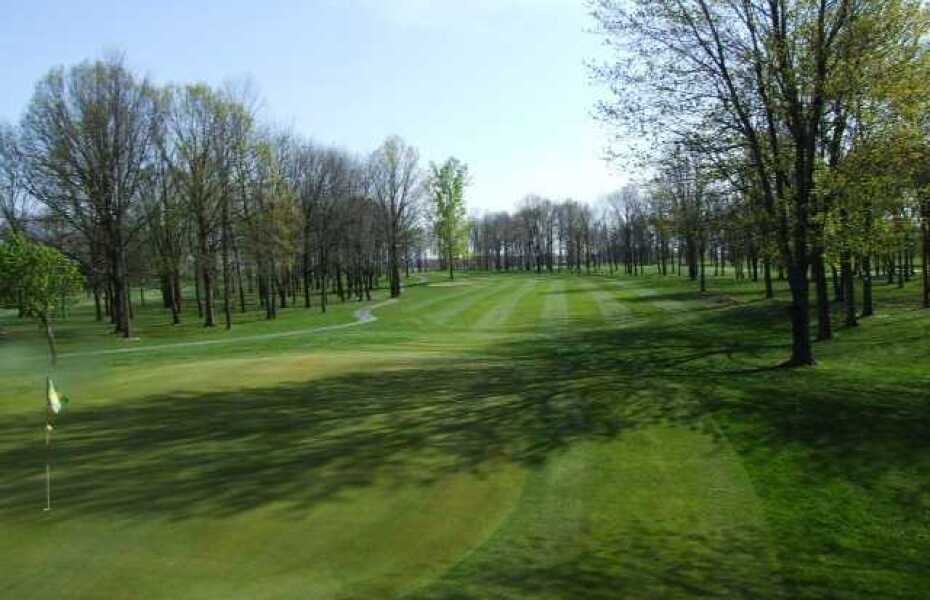 A view from the 2nd hole at Table Rock Golf Club 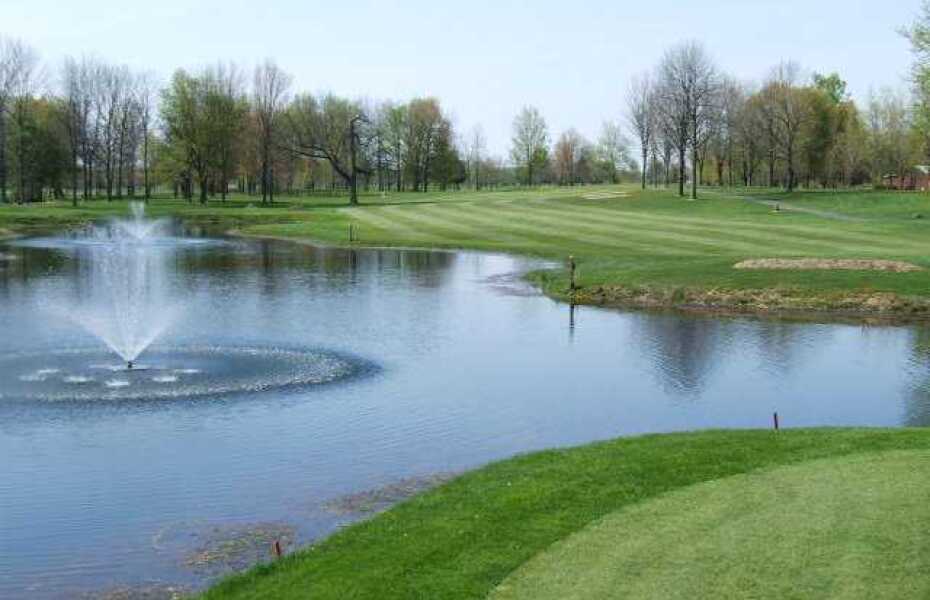