The 19th Hole is Great For:
Drinks 8
Dinner 6
Patio Dining 6
Course Challenges Include:
Bunkers 22
Undulating Greens 16
Forced Carries 15
This course/club is great for:
Locals 16
Seniors 14
Wildlife/ Scenic Views 13
This Course's Location is:
Worth the Drive 14
In the 'Burbs 11
Convenient to the City 8

Thanks for the 4-star review and choosing White Wing Golf Club! Come back soon.

Thank you for visiting us at White Wing Golf Club. We appreciate your 4-star review and hope you join us for another round soon!

We appreciate you taking the time to review the course and rate us 4-stars! We hope to have you back at White Wing Golf Club again soon.

Thank you for visiting us at White Wing Golf Club. We appreciate your 5-star review and great feedback on the course! We hope you join us for another round soon.

Very nice course and very nice staff. Crowded driving range but ended up getting a turn. Hopefully they keep up the good work. There are other courses in the area that could learn from the management here.

Thank you for your 5-star rating and kind feedback on our course & staff, Adamond! We're so glad you enjoyed your recent round. Please book another one with us soon, and thanks for choosing White Wing Golf Club!

This course is beautiful with challenges for all levels of players.

Thank you for visiting us at White Wing Golf Club. We truly appreciate your 5-star review and kind feedback on the course! We hope you join us for another round soon.

The courses at Sun City are moderately difficult to easy. The cater to their citizens, so don’t expect a quick round necessarily. They do a pretty good job of keeping the course up. Fun to play.

Hi u000005569189, we appreciate you taking the time to review the courses and rate us 4-stars. We do aim for a 5-star experience, so we always welcome feedback for potential improvements. Thank you for playing White Wing Golf Club, and we hope to have you back again soon!

Hi DirtyDave114, thank you for your 5-star rating! Please book another round with us soon at White Wing Golf Club.

Hi Giannelli14, thank you for your 5-star rating! Please book another round with us soon at White Wing Golf Club.

Hi Giannelli14, thank you for your 4-star rating! Please book another round with us soon at White Wing Golf Club.

Hi Cheryl3471263, thank you for your 5-star rating! Please book another round with us soon at White Wing Golf Club.

Hi cooldude55, we appreciate you taking the time to review the course and rate us. Thank you for the 4 stars! We aim for a 5-star experience, so we always welcome this kind of feedback for potential improvements. Thank you for playing White Wing Golf Club, and we hope to welcome you back for an even better round soon.

Great round today. Got a bit warm after noon but showers were coming in.

Hi Pumpjack456, thank you for your 5-star rating and great feedback! Please book another round with us soon at White Wing Golf Club.

Course es in excellent condition. People very friendly.. Where did all those trees in the middle of fairway come from! LOL.

Hello, papajack43. Thank you for your 5-star rating and great feedback on our course & staff! Please book another round with us soon at White Wing Golf Club.

as usual any course at Sun City is slow as molasses - nobody on the course to move golfers along. No players at any Sun City course lets folks play through - ridiciulous

We appreciate you taking the time to leave us a review, however, we're very sorry to hear your recent experience with us did not meet expectation. We apologize for any inconvenience regarding the pace of play as we can assure you our staff at all courses are committed to providing our customers with a valuable golf experience. Your comments have been shared for any potential improvements, and we hope we have the chance to welcome you back for a better round soon.

This course is for mean old people

Let me start off by saying I intend this to be a scathing review of the culture of White Wing. The course is fine but the state of the course had little to do with my experience over Memorial Day.

As I have done at other golf courses in the Austin area, I booked a tee-time at White Wing and brought my son to ride along. Going with me is a good way for us to spend time together and for me to teach him about the game. I usually arrive an hour early to let him hit balls on the practice range and then we put his clubs back in our car. Sometimes we ride three deep in a golf cart, but we also have no problem getting our own cart. Ever since he started riding along, my son knows the rules are 1) stay in the cart, 2)remain quiet while other golfers are hitting, 3) tell me when you have to go pee, and 4) have a great time. If he does all those things, we usually end the round with a hotdog. I enjoy playing the sport but honestly, I can't and don't want to spend 5 hours away from my son just to play golf. For nearly two years, bringing him along has been a delight and---until we arrived at White Wing---a universally positive experience.

At White Wing though... As soon as I walked in the door an older man at the front desk sat up in his chair, looked over at my son carrying his golf bag, and rudely told me he couldn't play. He said our group already had 4 players and he would be a 5th. I think he saw my sons bag (we were going to the practice range as usual) and so I told him my son wouldn't be playing and would just be riding with me. He repeated - his face and body now visibly hostile - that it's not possible to have 5 players. I asked if it was about the carts (riding 3 deep can be an inconvenience to some I know) and he said no...we just couldn't have 5 players. I asked if I could rent my own cart, but they (now the boss was involved via phone) said no, the limit was 4. The fact that the other players - members of the retirements communities nearby - all had their own private carts and I would have had to have my own anyway just made their insistence more ridiculous.

This heated conversation is all happening by the way right in the middle of the pro shop, in front of other members, and most importantly, within the sight and sound of my son. We were told upfront, without any effort to accommodate nor empathy to our situation, that we couldn't play together and that no refund was possible. I was going to drive back 40 minutes to Austin for nothing. What kind of message does that send to a little kid who might want to play the sport someday? What message does that send to a dad who wants to invest in his family as much as the game?

After I had to defend myself and my son and the overall progress of modern society for 15 minutes, the staff at White Wing eventually let us go out --- under certain conditions. They said my son couldn't bring his clubs, couldn't play, we had to get our own cart, he couldn't get out of the cart, and we would have to stay on the cart path the whole time. Did I like the idea that I would need to leave my son on the cart path instead of pulling up near the ball and talking to him about the game? No. Did I think the condition was vindicative on their part? Yes. The whole reason for limiting the group to 4 is to keep the pace of play on schedule. How does making on golfer walk support that? It doesn't. It just a way for mean old people to be mean old people.

Golf has a reputation for being the snobby game of cranky old men. That reputation is changing in places all over Austin. Unfortunately, my son now wonders why the men at White Wing don't want him around.

1. Not my experience but one guy I was golfing with happened to live on the course. He said his grandkids were out in the backyard throwing a football one morning. Golfers called the clubhouse and complained saying his children shouldn't be outside disturbing play. I bet you the club didn't tell the complainer to lighten up.

2. The cold old man at the front also made it clear that that White Wing didn't like it when people book tee times through GolfNow (read: they don't like anyone not living in the 55+ retirement community of Sun City).

4. No services carts for bringing you water, beer, or snack during the rounds. Bringing your own or be prepared to bum a bottle of Ensure from one of the members.

We appreciate you taking the time to leave us a review, however, we truly apologize for any poor customer experience you may have received during your recent round with us. We are committed to providing all of our customers with a valuable golf experience and would like to address any concerns with you directly. Please feel free to reach out to Eric Beyer, Head Golf Professional, at (512) 948-7563 or Erik.Beyer@SCTexas.org at your convenience and we hope we have the chance to welcome you back for a much-improved experience in the near future.

We appreciate you taking the time to leave us a review, however, we're very sorry to see your recent round with us did not meet expectations. Please feel free to reach out to our staff so we may address any concerns with you directly, and we hope we can provide you with much-improved golf experience soon.

Thanks for the 4-stars and choosing White Wing Golf Club! We hope to welcome you back for another round soon. #WhiteWingGC

The course has improved since the renovated. Greens were in good shape. The staff friendliness leaves something to be desired. There was a lady taking payments and she was great. Nice, helpful person. However, called in a few days before the round and talked to a gentleman that just seemed put out and angry. Why do you work at a golf course that interacts with people if you are going to be angry and put out for anything? He should retire or get into a line of work that doesn't require him to interact with customers.

We appreciate you taking the time to leave us a review, however, we truly apologize on behalf of our staff for any poor customer service you may have received. We are committed to providing all of our golfers with a valuable experience and can assure you your feedback has been shared appropriately for any necessary improvements. We hope we have the chance to welcome you back to White Wing Golf Club for a much-improved round soon! 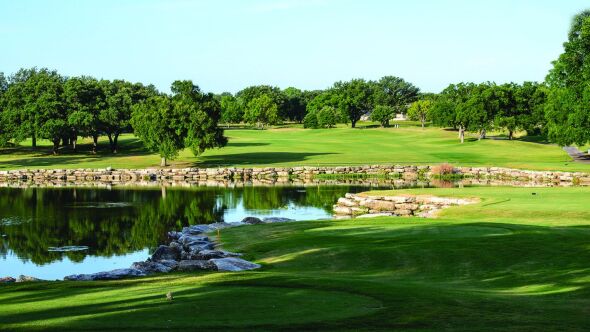 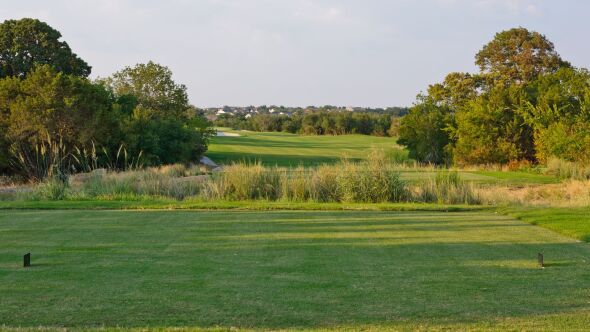 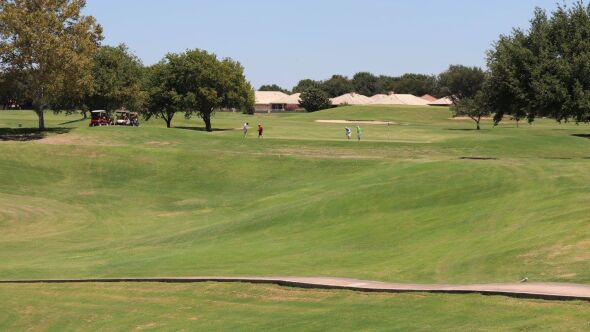 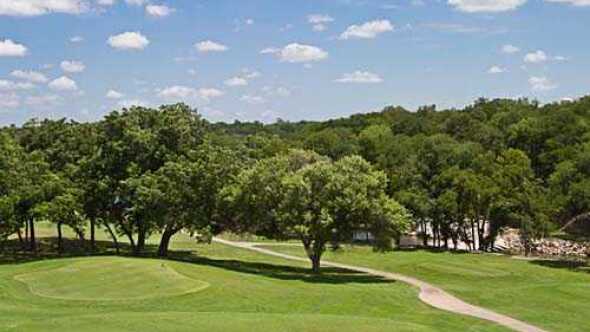 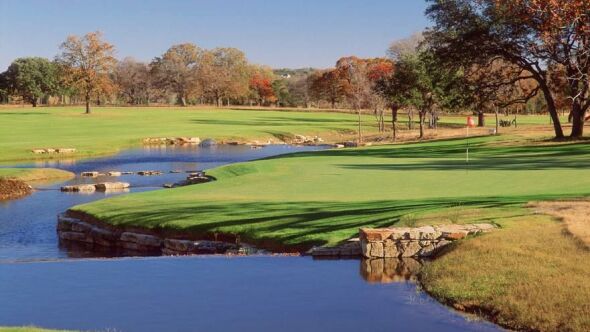 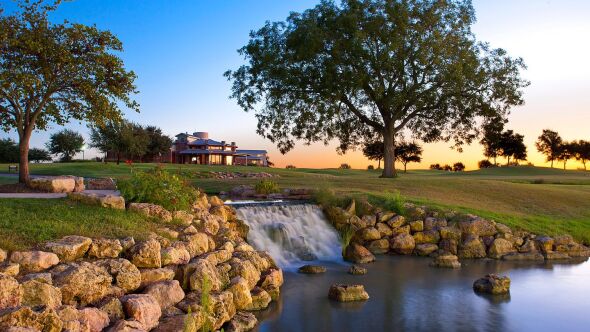 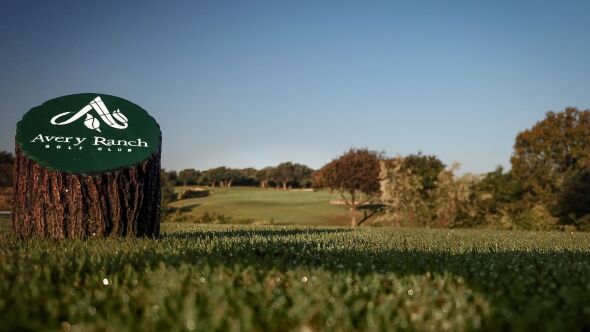 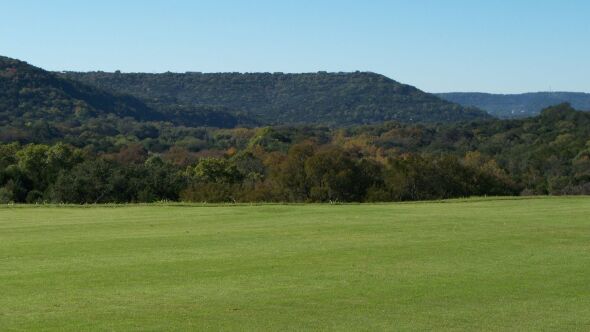 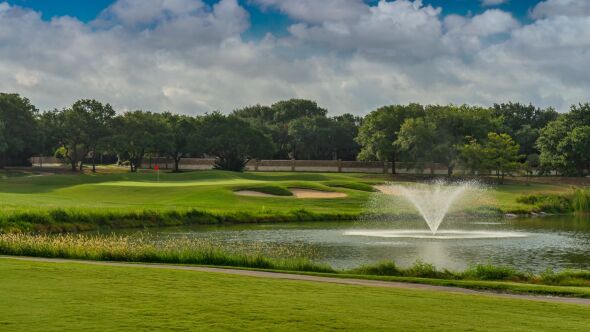 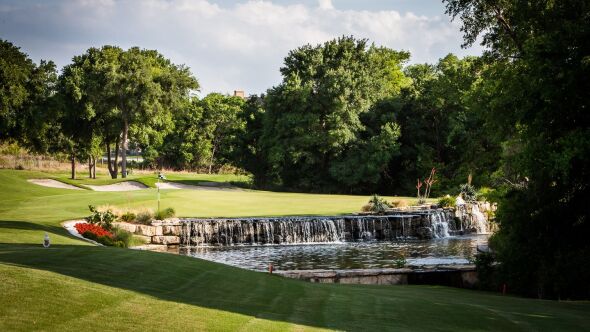 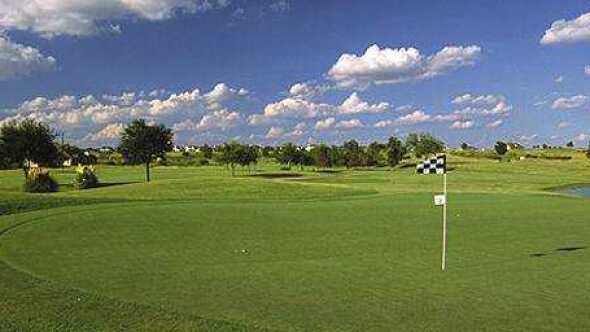 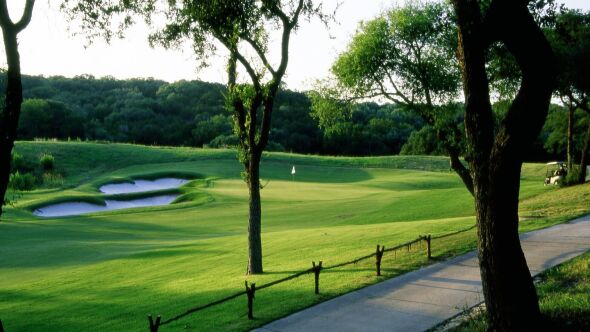 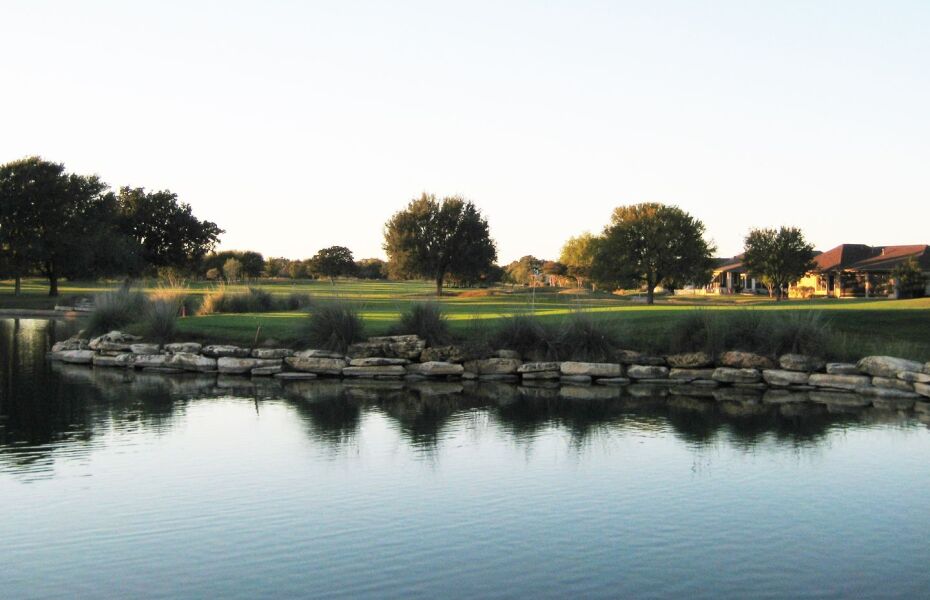 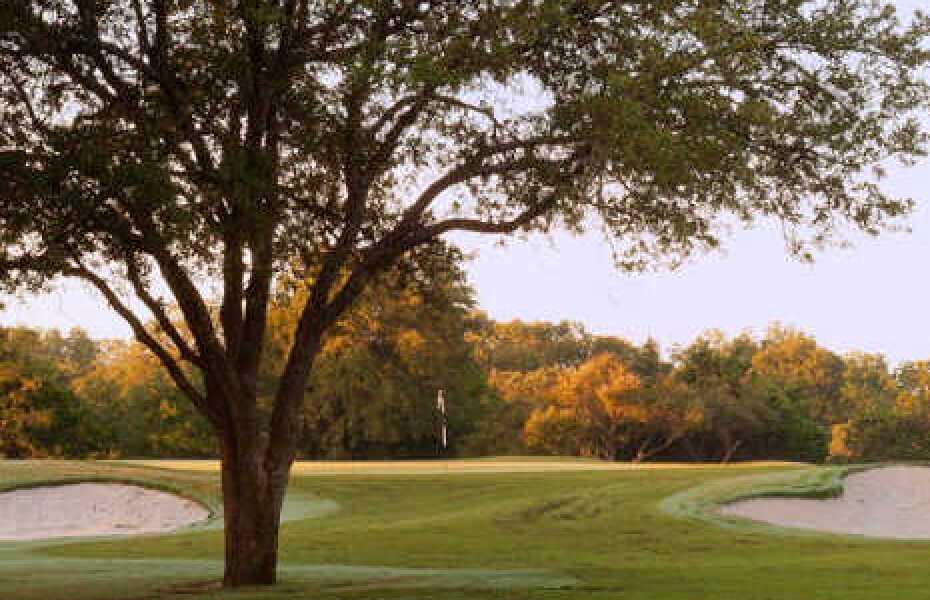 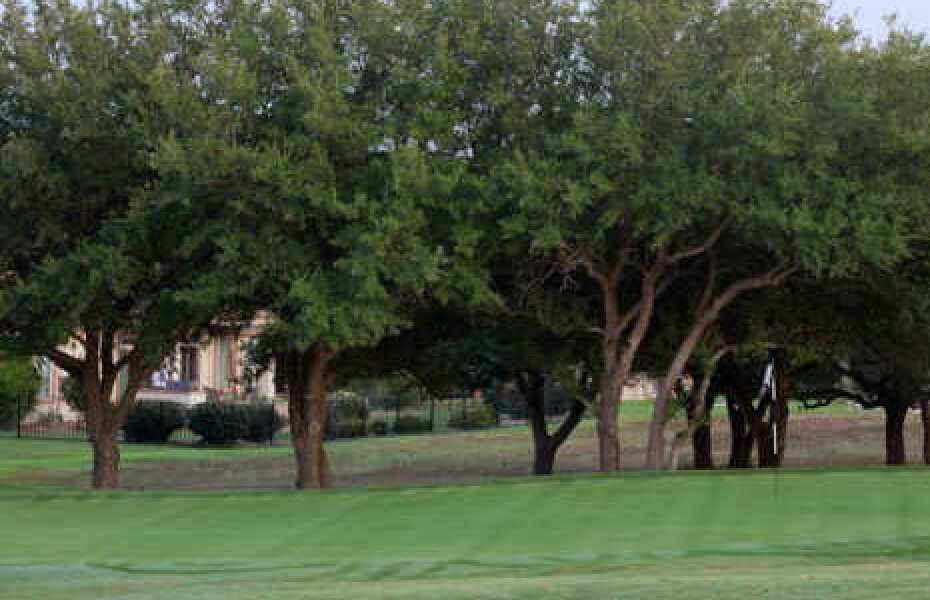