Excellent drainage results in very few days of lost play throughout the year. The interest lies in the contract between the old and the new nines, and although not a long a course as some in the area, the visitor to Kintore cannot afford to be over-confident. The first is one of the toughest opening holes in the North East then, having climbed the hill at the second hole and completed the third, it is time to embark on the new part of the course which, by virtue of being lined by trees, and criss-crossed by burns produces some very interesting holes.

The seventh is one of the best holes on the course, enquiring an accurate drive followed by a second shot over a burn which runs diagonally across the front of the green.

The eleventh is the longest hole on the course, made longer by the fact that it slopes upwards all the way to the green. Returning to the old nine, the remaining, six holes are short, relatively hilly and quite tricky, requiring good club selection, accuracy and a certain amount of good fortune, and your reward will be spectacular views over the river Don and stretching away to the Bennachie and Grampian ranges of hills to the north and south.

Only complaint the clubhouse isn’t open on a Monday

I knew nothing about Kintore GC prior to playing and I’m pleased.
It turned out to be the best part of my 4 week trip up here for work.
What a great course, greens are superb and true.

Only 9 holes open and not mentioned on website, winter greens some atrocious

Excellent for this time of year

We played at 8am, just as was getting light, first day of frost but course was in top condition for end of November, great course for higher handicappers like myself, some testing holes but lots of forgiving holes, contemplating on joining next year,

Kintore has really matured over the years and now is a good test of golf with it's cracking layout. The new 13th is a superb par 3 and the 15th down the hill towards the Don and all of Kintore is always a pleasure to play especially.

Great course, excellent lay out and top condition for time of year.

A Round at Kintore

Good course to play and I would play it again. Some hilly holes to climb at the start of the round but the views are excellent. The course levels out before the spectacular downhill holes. There are some blind shots but there are are plenty of marker poles to guide you round these and we didn't find they spoiled the day.

Course was in great condition and it’s laid out well, not so keen on the hills at 2nd, 16th and 18th.

Although it was a frosty morning and the course is playing a winter layout it was a very enjoyable course with tees we’ll sign posted making it no problem to navigate. We will definitely be back again

Lovely welcome from Barbara in the morning and great food and service after our game.

Course is good, nice layout and not for the bombers as you have to plot your way round. Good greens, although some of the tees were a little scraggy.

Would definitely recommend and we’ll be back.

Most enjoyable game for some time Course, weather, scenery made it more fun to play Would recommend it to anyone who asks

Loved this course.Cannot believe it has taken me so long to play this absolute gem of a course.

Would return, lovely course and facilities

First time I've played here and I really enjoyed, the sun was splitting the sky which only made it better. There was an outing ahead of me so it meant I could plod round at my own pace not bothering anyone.
Fairways excellently maintained and the greens were really nice too and I found it fairly easy to get the ball to hold on approach shots.
Views are stunning and very peaceful as well, a couple of steep climbs and up and down on three/four holes but once you're at the top it's fine.
Ate in the clubhouse before I played and the staff were really friendly and the food was nice as well.
Small practice area to loosen up with nets, practice short wedges and bunker shots and a practice putting green as well.

Very well kept and looked after

We had a great day at Kintore, first time for me for 12 years. Well pleased with the course additions, all the work done has been well worth it, weather was terrific, only down side was the hordes of Flies at the bottom end of the course, around the 6th and 7th Tees. The scenery from the top of the course is unsurpassed, lovely views of the Ben, and the River. We will definitely return, and inform our friends. 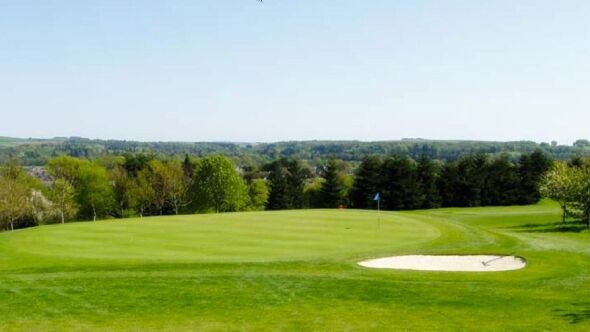 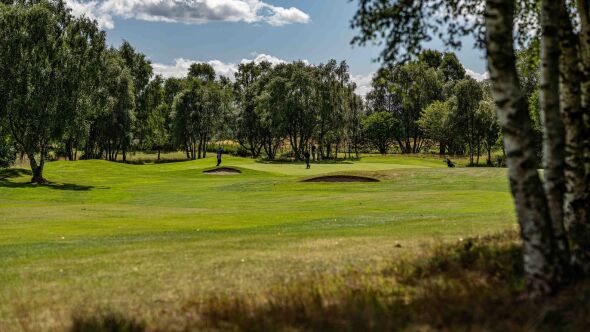 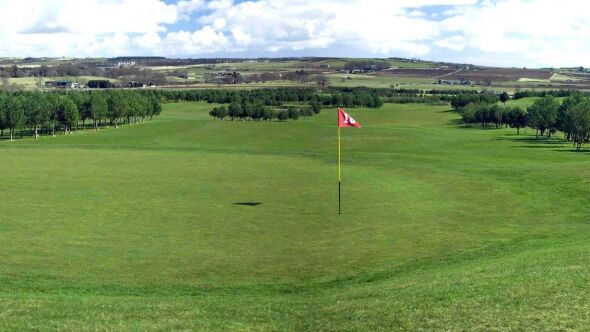 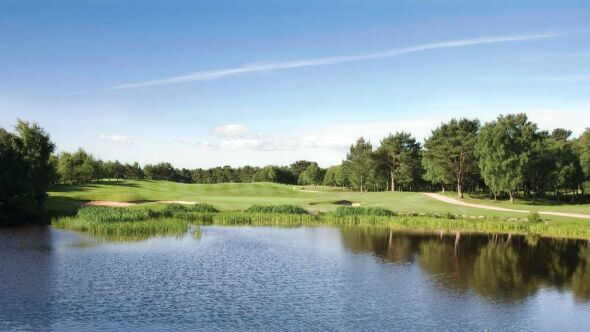 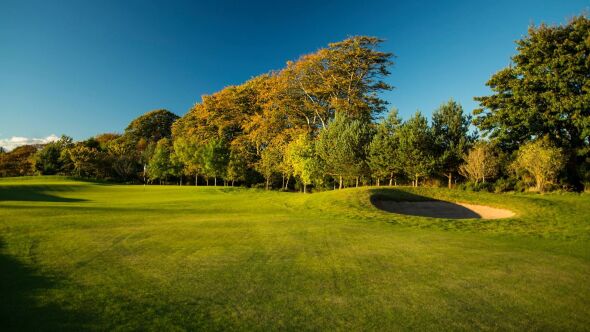 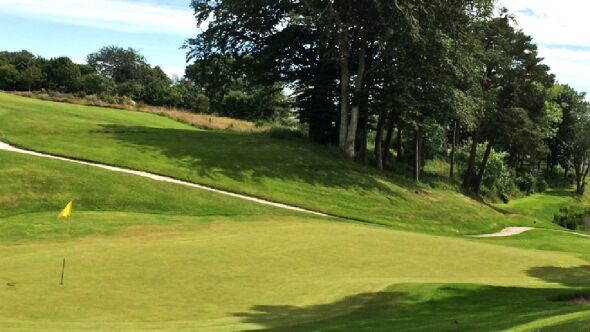 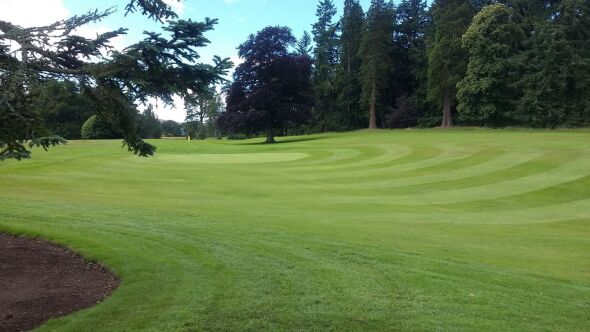 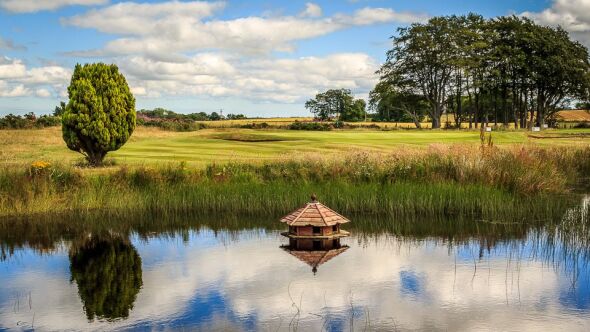 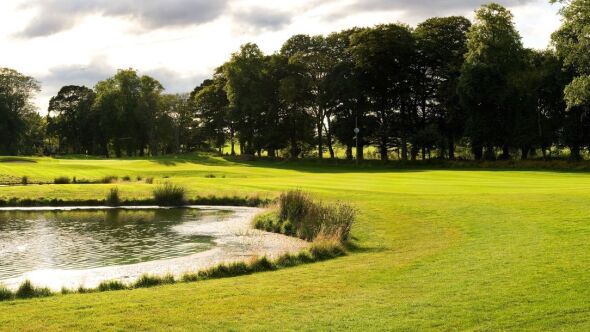 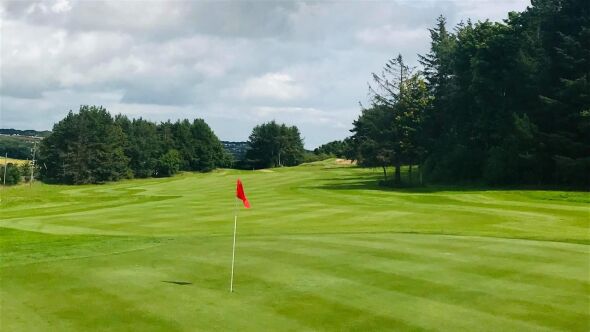 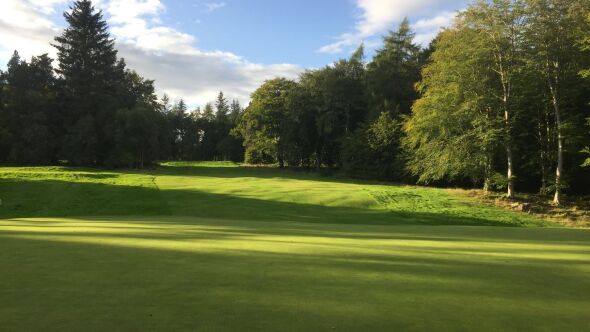 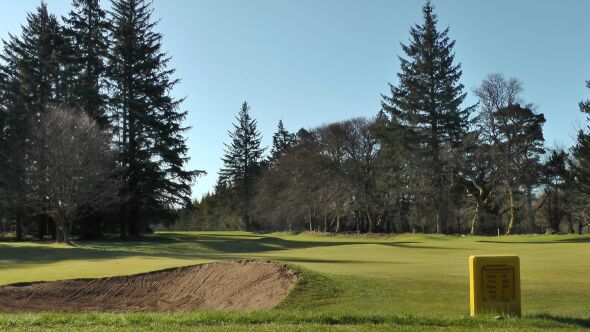 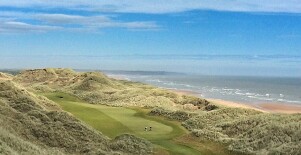 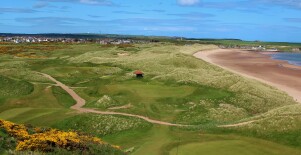 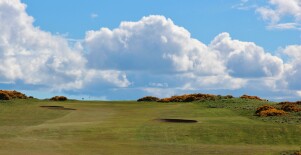 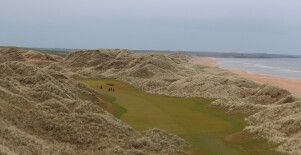 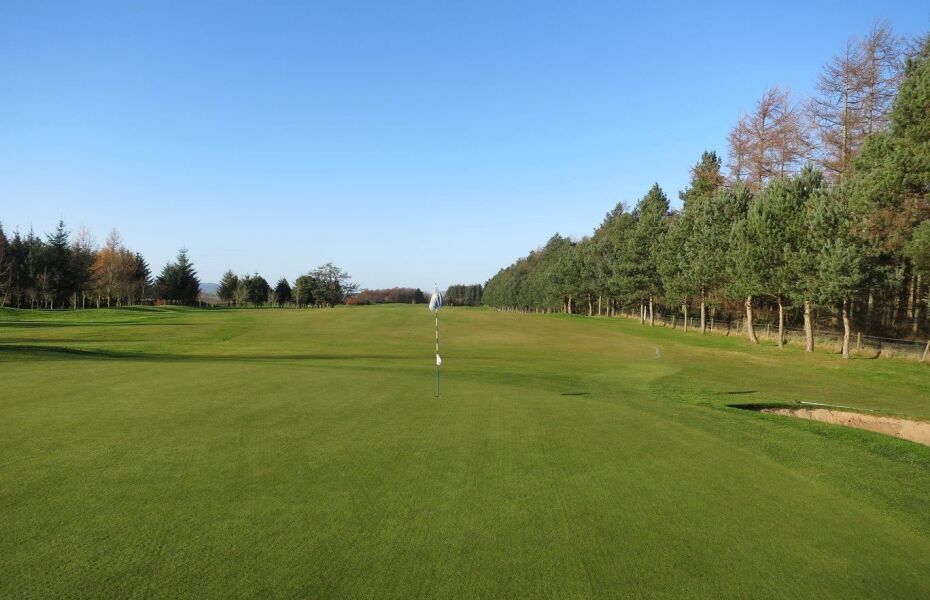 A view of a hole at Kintore Golf Club. Kintore GC 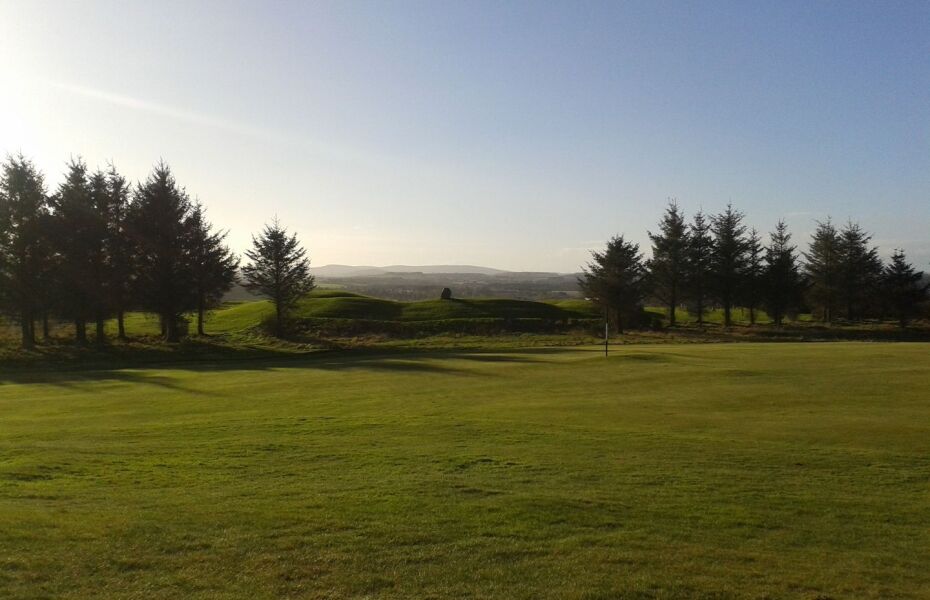 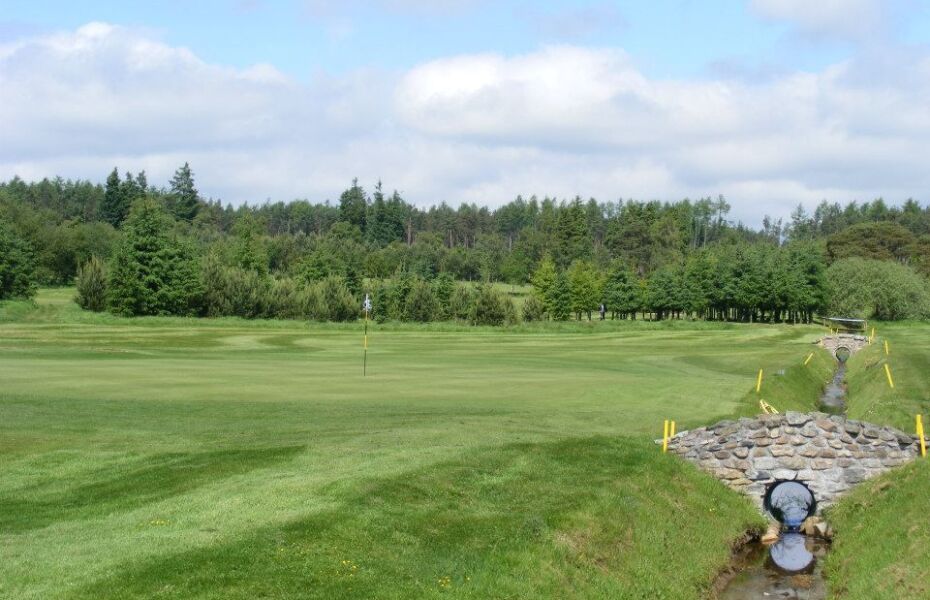 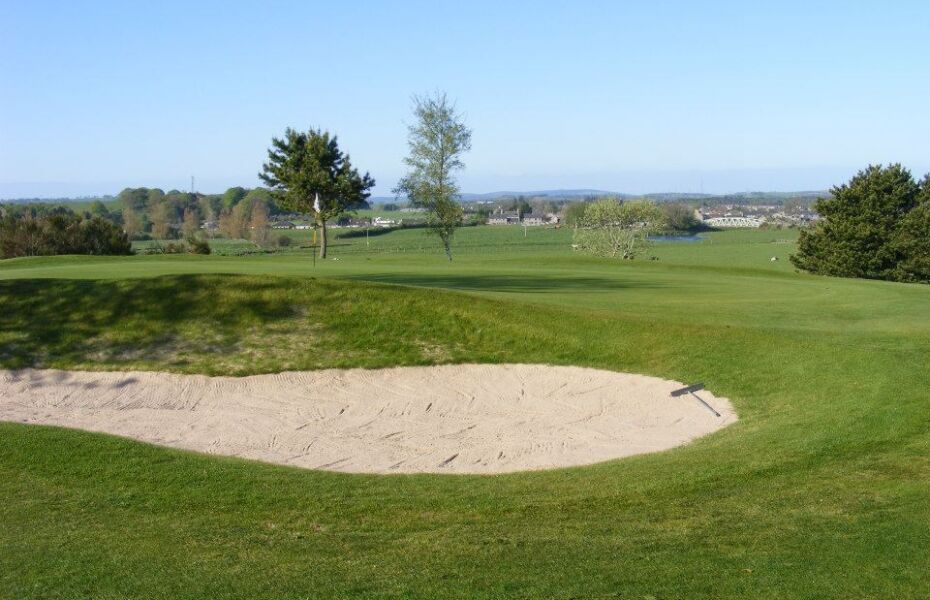 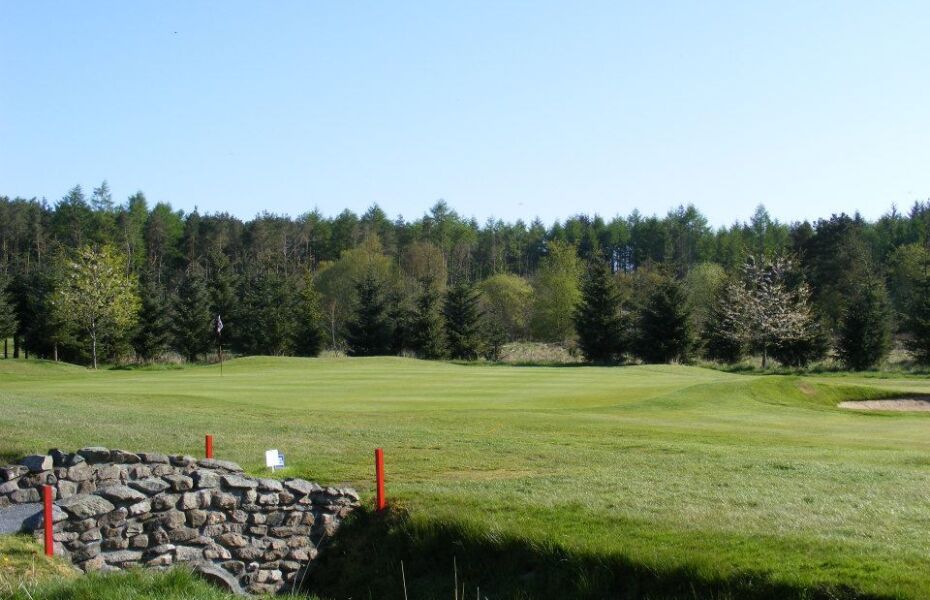 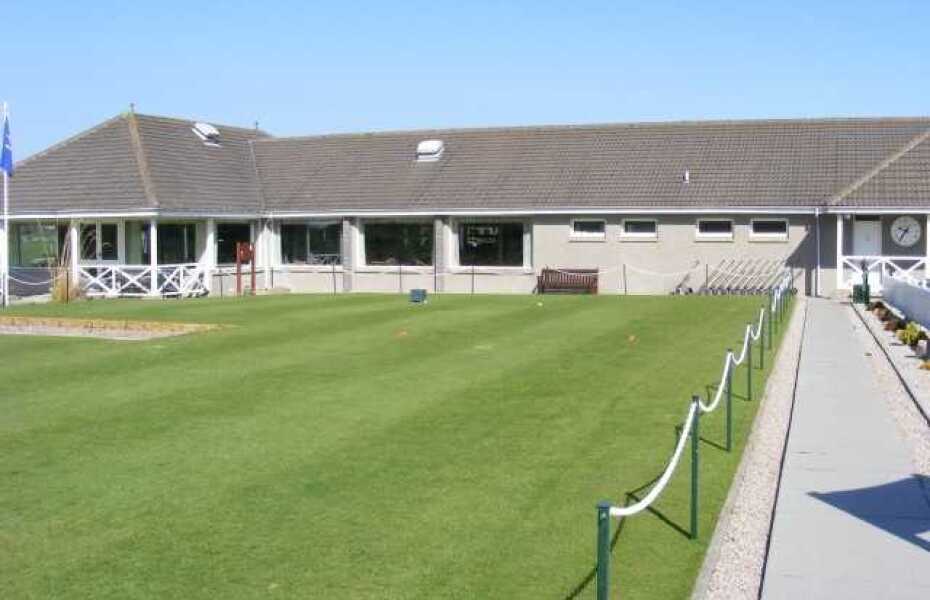