Frog Hollow Golf Club in Middletown boasts the title of "best public golf course" in Delaware. The course has a links-style layout that is challenging but still player-friendly enough to appeal to beginners, seniors, and juniors. The layout is wide open and quite forgiving but there are still plenty of hazards with which to contend. There are more than 50 strategically placed bunkers throughout the golf course. Their thoughtful placement makes up the bulk of the layout's challenges. There are ponds that come into play on six holes as well as tall native grasses that appear along the fairways and greens. The wind is often a factor on the course too and will test your accuracy even further. Frog Hollow Golf Club's par 3s and par 5s are manageable but the par 4s will test even the best players.

The 19th Hole is Great For:
Drinks 9
Course Challenges Include:
Undulating Greens 18
Bunkers 16
Water Hazards 11
This course/club is great for:
Locals 15
Advanced Golfers 13
A Weekend Splurge 7
This Course's Location is:
Worth the Drive 16
Convenient to the City 6

Today, the pace of play was slow. The first nine holes were ok with the pace of play. It appears that the younger players would stop & talk before addressing the ball & hitting it. There were no players in front of them preventingvtyrmvftomvhitting the ball. I find this inconsiderate & the irregular pace throws one’s timing off. I one of them kept looking for balls which held up the pace of play. We actually saw him picking up five balls before htying his own ball.

The course was in pretty good shape. The bunkers needed some work but that was understandable considering they said they were having trouble getting sand. The staff was very friendly and nice. Good service.

First of all the staff was extremely rude. The guy at the pro-shop literally threw the key to the cart at us. They other guy handing carts out basically told us we were holding up his tee box wt the first hole because my mate and I were getting our stuff situated. There wasn’t a sole around us or checking in. The parking lot empty. This is the worst I’ve seen there. I probably won’t go back for awhile.

We appreciate you taking the time to review the course and rate us. We are sorry to hear your customer service experience was not up to par. Please reach out to our management team and thanks for visiting Frog Hollow Golf Club. We hope you'll give us another try in the future.

Frog Hollow had some issues a couple years ago, but not anymore. The course is in above average shape and is very playable. The bunkers seem to be the only real issue I noticed this time around. ALL of them look like nothing has been done in well over a month. I guess if you don’t get in one it’s not a problem for you. I missed them all today, but all my playing partners had to either rake up a spot in the bunkers or just take it out of the bunker and not even mess with it.
I like the course and the fact they have kept the prices in check. They have done a great job with the rest of the course, but please spend some time and money on the bunkers. If that happens, 5 stars all the way!!!

The pace today was very good. The course is in good shape.

Bunkers were poorly maintained. Layout is very nice and the greens well maintained.

We appreciate you taking the time to review the course and rate us. We are going to pass on your feedback to the team. Thanks for visiting Frog Hollow Golf Club, and we hope to see you again in the future.

The course was in great shape, especially the tee boxes which is rare.

Interactions with the pro shop and starter were strange. The gentleman in the pro shop seemed generally annoyed by our presence when we checked. in. I'm not sure if he was having a bad day or what.

We were about half an hour early for our tee time at 9:40 with the intention of getting checked in, hitting the range and warming up on the practice green. I introduced myself to the starter on the way in to let him know we were there. He was sending the other half of our foursome off at 9:10 half an hour before our tee time and seemed annoyed that we didn't want to skip the range and go off with them right then and there.

We did end up rushing our warmup a bit and skipping the practice green. We paired up with a third that was waiting on the tee and hit the off 1 at 9:30. We quickly hit a log jam as the two from our original tee time had not made it very far and appeared to be sitting behind two more twosomes. Throughout the round there was a lot of waiting and a few instances of 3-4 groups on one hole. I'm not sure why none of these twosomes were grouped up together for the sake of pace.

The one bright spot on the staff was the cart girl, she was super friendly and talkative. We saw her several times and never had to wonder when our next refreshments would come.

Course layout is interesting despite winding through residential property. Lots of narrow landing areas with traps woods and OB to deal with. Smooth receptive greens with lots of undulation. Bring your A game to score well.

Cursed at by employee over a key & Owner condones it

I arrived at the course and I approached the starter to inform him of my start time of 730AM. After giving him my name I was asked if I was by myself, to which I replied yes. The starter asked me if I wanted to go by myself since the other 730 group were waiting for another person. I said yes and he TOLD me to take any cart, never said that I need to check in since he had a tablet in his hand and I assumed that he can check me in on it. In hind site always check in. About the fourth hole DOUG came running in his cart screaming at me that I stole a key from another cart and proceeded to scream at me although I was trying to explain to him what that started had told me to do. I never got in his face and actually I did not understand why he was infuriated about a key. Nevertheless when DOUG decided to leave he actually told me to go to you know where. Now this is the employee at the golf course speaking to a customer. Did not think that the behaviour came from the TOP, boy was I wrong. After finishing my round i went to speak to the manager about the employee cursing at me. He was very standofish from the beginning as I explained the confrontation and gave the guys name. The manager asked me if I can point the guy out, I was wondering why do I have to point the guy out if I just gave you his name. He is the employee there, Do you not know your employees? Then he proceeded to stated that it is better if all three of us can talk and I said yes, boy was I wrong. The standoffish manager had a conversation with DOUG outiside, and when they came back in it was obvious DOUG had his story. First thing out of the mangers mouth was "If I have somebody in my face I would tell them to go to you know where" to which I responded " You can say anything you want DOUG" and before you know it the manager intervene and the was the end of the conversation with him telling me not to come back. Very short and one sided conversation from management and to find out he was the owner PATRICK. The point here is if I am golfing I do not expect to be cursed at by an employee over a key.

Hello. We appreciate you taking the time to review the course and rate us. We strive for a 5-star experience, so we welcome your feedback. We work hard to maintain the course for everyone's benefit, which means aerifying the greens as part of our regular maintenance schedule. The greens will be healed soon and in pristine condition. Please come back soon for the 5-star experience you expect at Frog Hollow Golf Club.

hx4WDBEsWopVdHLu3avd
Played On 08/29/2021
Reviews 2
Skill Advanced
Plays A few times a week
I Recommend This Course
4.0

The course offers a challenge regardless of the tees selected. Greens are undulating and in great shape.
The staff are courteous and try to ensure a pleasant
golf experience. Good value for the price.

Hello. We appreciate the review. You rated us 3-stars which means there is room to improve on your recent experience at Frog Hollow Golf Club. Let us know, in the comments, how and where you would like to see changes from the course. Thanks for the feedback! 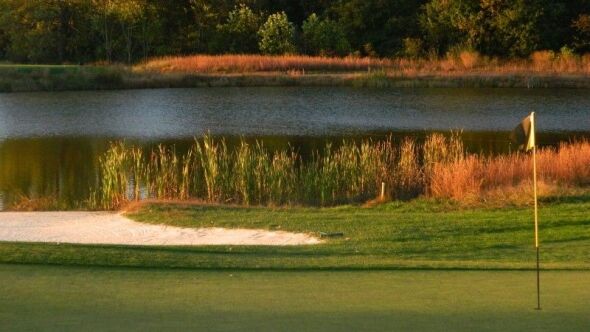 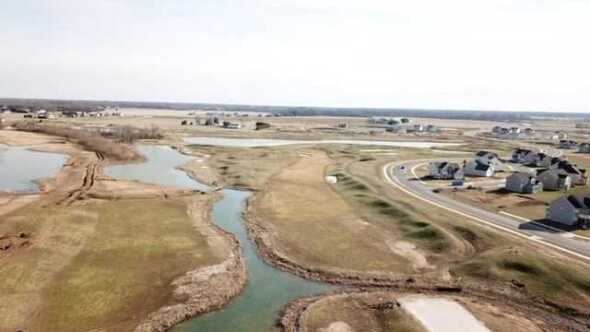 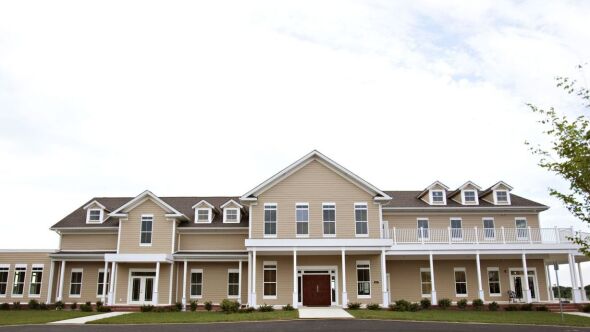 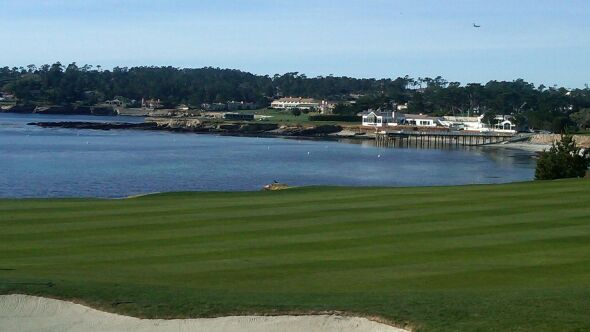 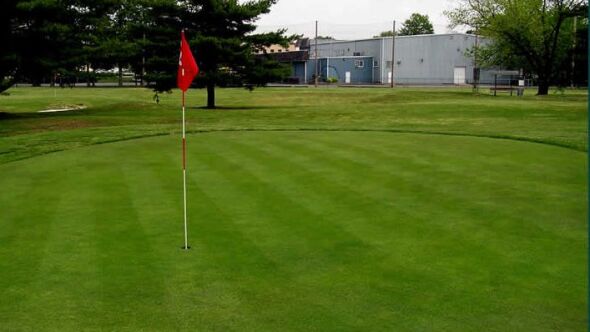 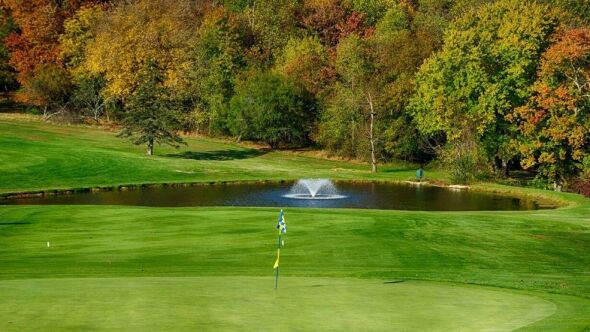 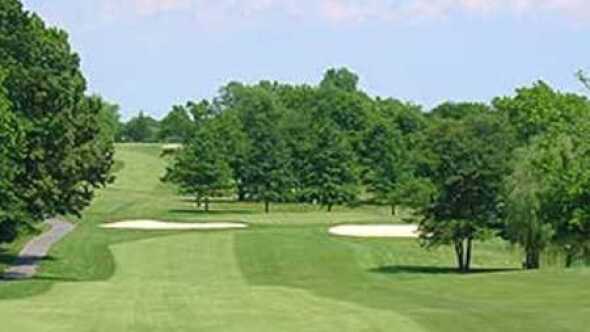 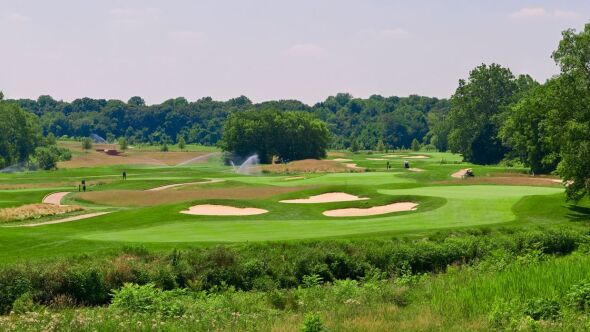 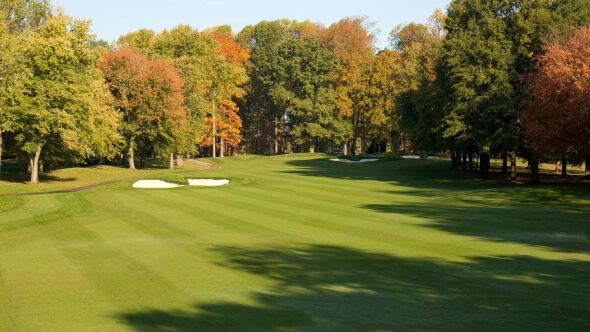 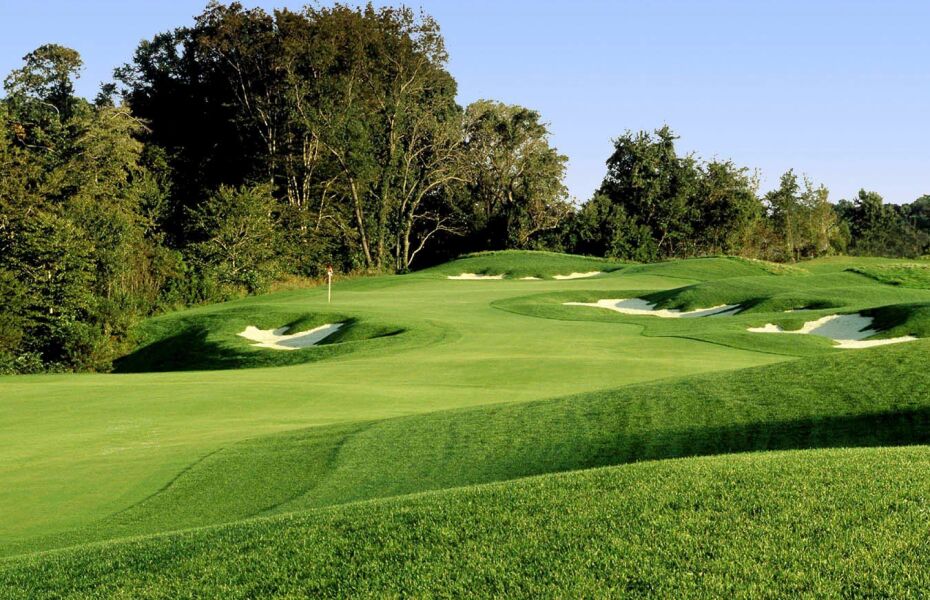 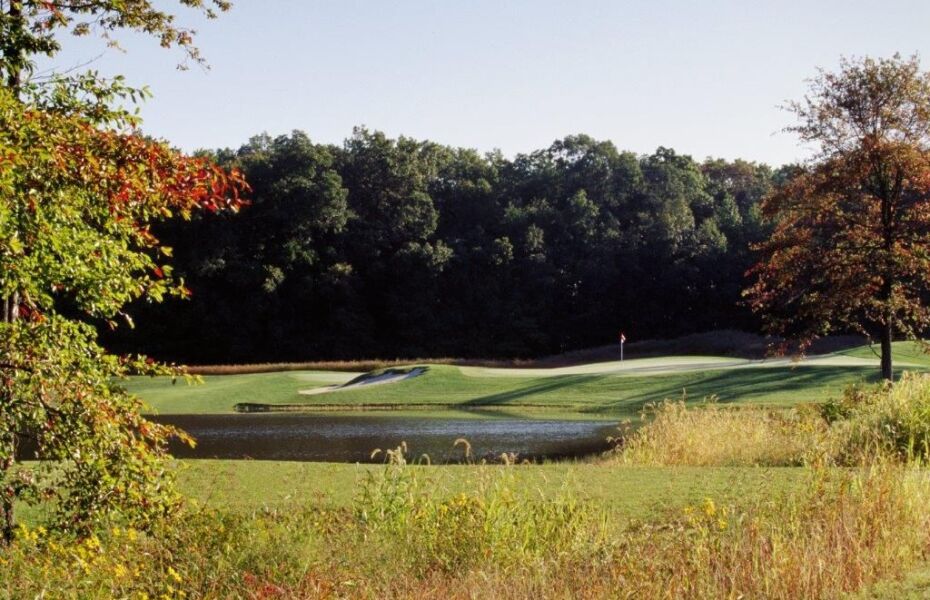 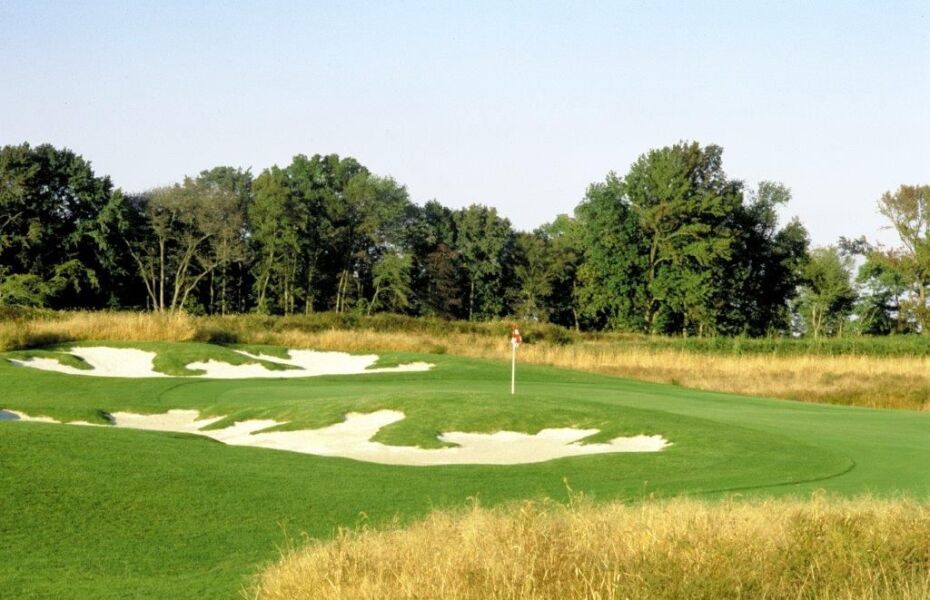 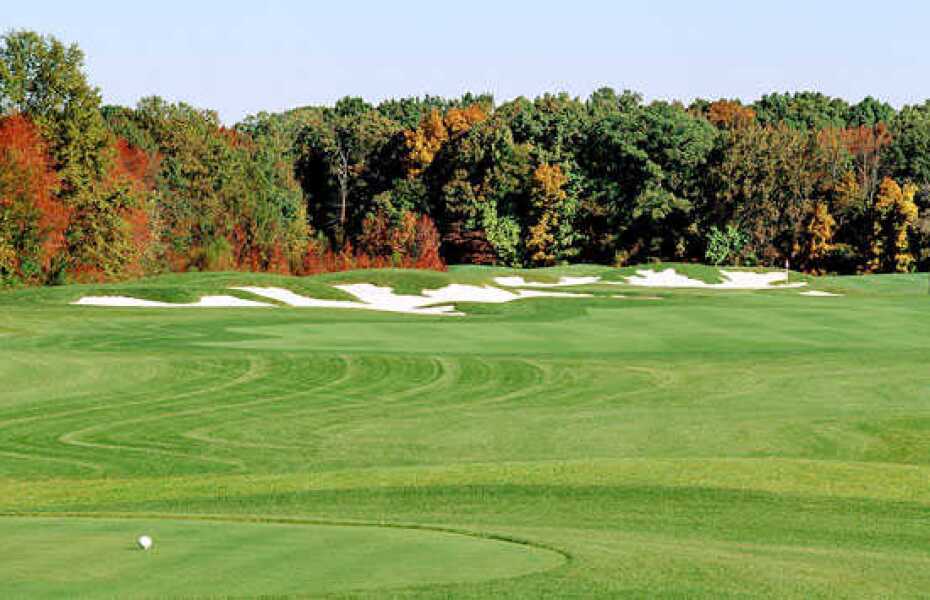 A view from the 12th hole at Frog Hollow Golf Club 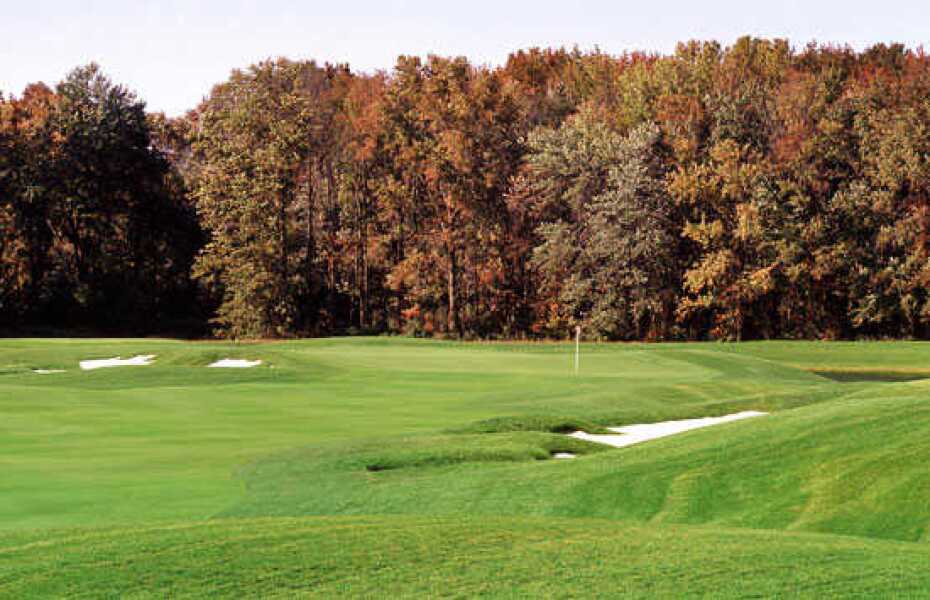 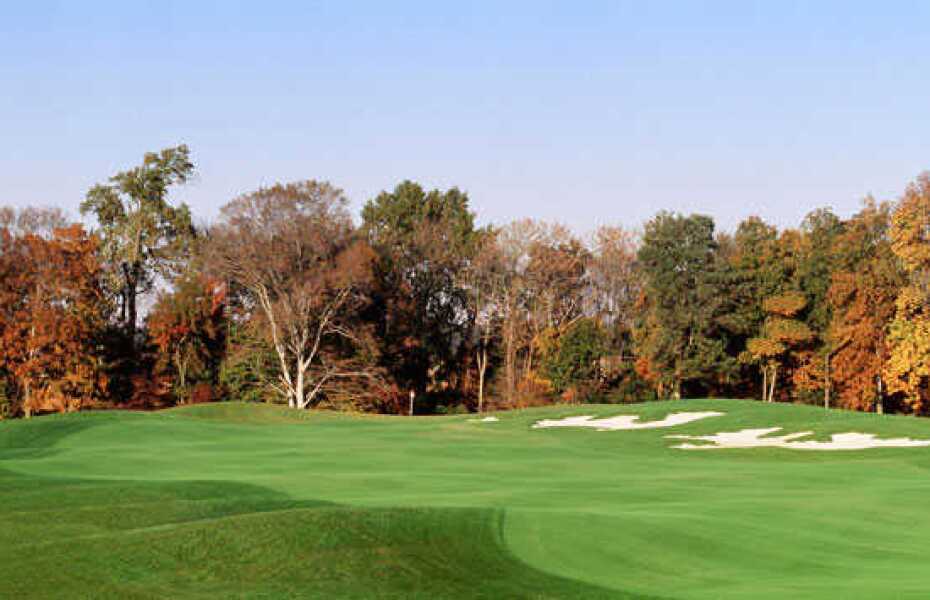