From exclusive private clubs to community-centric munis, a wonderful mix of courses will serve as stops en route to "The People's Championship."

I love the U.S. Open. There is something beautiful about the fact that one of golf's four major championships has such a spectacular low barrier to entry. All you need to give yourself a chance to etch your name in history alongside Francis Ouimet, Jack Nicklaus, Tiger Woods and more is a low enough (i.e. sub-1.4) handicap index and $200.

Sure, the odds for those of us outside the top 100 or so in the world are astronomical - no one has won the U.S. Open after starting from square one since Orville Moody in 1969 - but the tournament's tiered qualification scheme adds layers of drama to the proceedings over the weeks leading up to the main event.

The more than 100-site series of 18-hole Local Qualifiers always yields a fun mix of hopefuls, who pile in alongside pros for what's been called "Golf's Longest Day," two Mondays before the championship proper begins, when most of the grueling one-day, 36-hole Final Qualifiers take place.

On Wednesday, the USGA released the full list of Local Qualifiers for the 2021 U.S. Open, which returns to Torrey Pines' South Course for the first time since Tiger Woods' incredible triumph on a broken leg in 2008. This initial slate of sites is 109 strong, marking the return of the tournament's normal way of field-filling after the COVID-19 pandemic forced the 2020 field to be assembled by committee.

As usual, the list of 2021 Local Qualifier sites reflects the diversity of golf courses across the country, from exclusive private clubs to municipal layouts and even some resort courses.

Even if your handicap doesn't quite qualify you to try and compete, you may still be able to participate in the celebration of competitive golf that is the U.S. Open. Spectators have traditionally been welcome at both Local and Sectional qualifying sites, though the pandemic may curtail that opportunity in some places. "We will work with our Allied Golf Associations around the country who conduct these qualifiers, as well as local and state authorities, to determine what is in the best interests of everyone involved from a health and safety perspective," the USGA said in a statement.

If you have a buddy planning to play, you could always caddie for him, too.

I went through the full list and felt these 12 courses deserve special recognition:

Indianapolis, Ind.
This course, originally laid out by Tom Bendelow, helped launch the late Pete Dye's storied career in golf course design and construction, though in an unexpected way. In his book Bury Me In A Pot Bunker, Dye writes, "there are those at the Country Club of Indianapolis...who remember me as the man who single-handedly annihilated their golf course," recounting his first experimental forays into golf maintenance there in the 1950s. Still, the club brought him back to redesign their greens in the 1990s. Any Pete Dye fan should appreciate the opportunity to play or watch some golf here.

Chatham, Mass.
Cape Cod has long been a prime summer spot, and the charmingly named Eastward Ho! is arguably its best golf course. A very low-key private club with an exquisitely linksy (by American standards) course designed by Herbert Fowler, better known for his work in the U.K., it represents a rare opportunity to get a look at a seldom-seen layout. Furthermore, it will be interesting to see what U.S. Open hopefuls shoot on a course that tips out under 6,500 yards.

Carmel, Calif.
No stranger to competitive golf, this secluded Tom Fazio design hosts the annual Stocker Cup, a prestigious mid-amateur event, every fall. If you play (or spectate) here, make sure to budget extra time getting to the course. Its entrance drive is 10 miles long.

Kensington, Conn.
Willie Park, Jr., is somewhat overlooked among Golden Age golf course architects, but the best courses in his portfolio stand up well to those of his contemporaries like Donald Ross, A.W. Tillinghast and Seth Raynor. Located just south of Hartford, Shuttle Meadow is known for fiercely contoured greens, including the cascading 18th green that has to be seen to be believed.

Ann Arbor, Mich.
Barton Hills is a classic example of the new life breathed into dozens of Donald Ross original designs over the last 20 years or so by a talented group of restoration experts. In this case, it was Ron Prichard in 2012.

Armonk, N.Y.
Somewhat overshadowed by mentors C.B. Macdonald and Seth Raynor, Charles Banks distinguished himself as a great Golden Age architect with his own brand of courses full of template holes but a somewhat softer, more rounded style of feature shaping. Whippoorwill more than holds its own in one of the toughtest neighborhoods for great golf in the world: Westchester County, New York.

Hilton Head Island, S.C.
Harbour Town gets all the publicity, but many golf course architecture aficionados laud Long Cove, a 1980 Dye design on which a young Tom Doak worked, just as highly.

Brewster, Wash.
After designing a series of devilishly difficult courses - including Tetherow in Oregon and The Castle Course at St. Andrews - that divided visitors and critics alike, David McLay Kidd engaged his softer side in laying out the broad, fun-forward Gamble Sands, a resort romp built to "defend birdie" rather than make golfers beg for bogeys.

Bethlehem, Penn.
This club, originally developed by Bethlehem Steel, is home to one of the last courses Donald Ross laid out. It opened in 1948, the year Ross passed away. New ownership took over the club in 2018 and have helped put its struggles firmly in the past.

Aurora, Colo.
On the opposite end of the accessibility spectrum from the likes of Eastward Ho! stands CommonGround, whose openness is so ingrained that it appears in the very name of the course, owned by the Colorado Golf Association. The Tom Doak design, where guests can conscript middle school-age caddies, has been so respected since inception that it served as the 2012 U.S. Amateur's secondary course to Cherry Hills Country Club, as well as the 2019 U.S. Mid-Amateur's secondary course to Colorado Golf Club.

Pine Mountain, Ga.
This Dick Wilson design is a ball-striker's paradise, with smallish greens defended by Wilson's trademark multi-lobed bunkers. The par-5 15th, which runs along a lake, was one of the PGA Tour's most scenic holes back when the course hosted an event in the 1990s.

The full list of 2021 U.S. Open Local Qualifying sites can be found here. 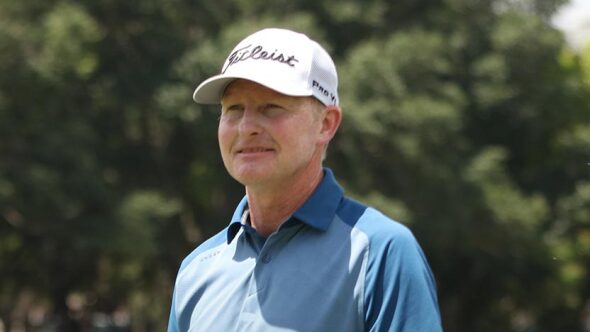 Sewailo GC in Tucson, AZ is, again this year, a local qualifying site. It's on my birthday May 6th (77 years young). My son Jason is the Head Superintendent. It's also home for the U of Arizona Men and Women Golf Teams. Great desert track!

A lot of variation between these courses.