Tiger and Phil feature (obviously), but are their performances #1?

Thanksgiving is just around the corner, so you know what that means: it's time for the Masters.

It's safe to say no golf fan would have ever expected those two events to be so close on the calendar, but this year has broken all the rules and scrambled calendars beyond anything we could have imagined. Delayed starts to the upcoming NHL and NBA seasons aside, sports fans are hoping the 2020 Masters will represent the last notably oddly-timed major event before 2021 brings us back toward blessed, boring equilibrium.

Given that none of us will ever forget 2020, it would be fitting for this year's Masters to go down as one of the most memorable in our lifetimes, wouldn't it? Maybe it'll even challenge some of the Masters Sundays that shine brightest among my own memories of watching the tournament on TV.

(Just to warn you: I was born in October 1989, so Jack Nicklaus' 1986 triumph won't be on this list. Feel free to give your reminiscences of it and any other pre-1990 Masters in the comments, as well as other more recent years that have been significant to you.)

Because I was only seven years old at the time, my memories of Tiger Woods' first Masters win are a little hazy, but it did happen about a year into my lifelong love-affair with the game. I remember my father corralling me and calling my attention to Woods' winning putt, allowing the first-hand memory of that triumphant fist pump to be etched in my brain.

I didn't realize how titanic an achievement his 12-shot margin of victory was at the time, but as I've gotten older it becomes more and more mind-blowing in retrospect, not just as a singular performance but an overwhelming statement of arrival.

There may be no final leaderboard that does less justice to a Masters Sunday than 2011's. A quick glance reveals Schwartzel's two-shot win over Australians Adam Scott and Jason Day, and another two shots' worth of cushion over a trio including Tiger Woods. But those who remember watching the Sunday telecast recall the overall mayhem of the day.

At the outset, the tournament seemed likely to be a runaway, as Rory McIlroy was ahead by four shots through 54 holes. But his infamous triple-bogey at the 10th started a three-hole stretch where he lost six shots to par, along with his chances to win. This blew the field wide open, with Scott and Day at various times looking like they'd be the first Australian to win the Masters, as well as cameo appearances by Woods, 2009 champion Angel Cabrera and then-top-ranked Luke Donald. Schwartzel rose above the chaos, though, by birdieing the last four holes to seize his maiden major championship.

(Note: Our friends at GolfPass just released a brand-new instruction series hosted by Charl Schwartzel. He's very thoughtful and has overcome injuries and significant swing changes in recent years, and is starting to regain some of the form that won him the 2011 Masters.) 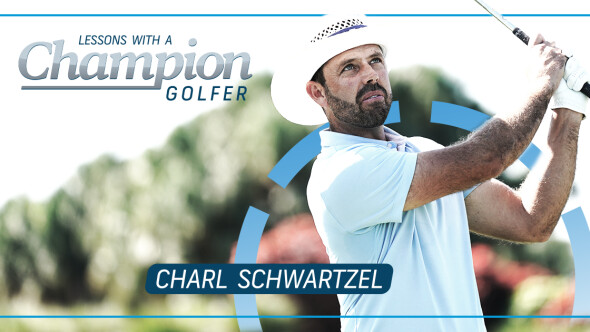 Click here to watch Lessons with a Champion Golfer: Charl Schwartzel
Watch as 2011 Masters Champion Charl Schwartzel guides GolfPass faculty member Andrew Rice and golfers like you through the practice routines and fundamentals that have been critical to his success at golf’s highest levels.

It took a while for me to fully appreciate Tiger Woods' greatness, but it came into full focus in 2018 and 2019 as he battled seemingly insurmountable back injuries to return to the winner's circle. His win last year seemed almost divinely ordained, especially as the likes of Brooks Koepka and Francesco Molinari came a-cropper at the 12th and 15th holes, respectively, during Sunday's unusually early, weather-skirting final round.

It was a throwback to the 2000s, when fields seemed to wilt before his intimidating gaze and strut. Only this time, the challengers were mostly players who modeled their own games on Woods' supreme confidence and dedication to the craft. Rising above this new fray only crystallized his incomparable legend. 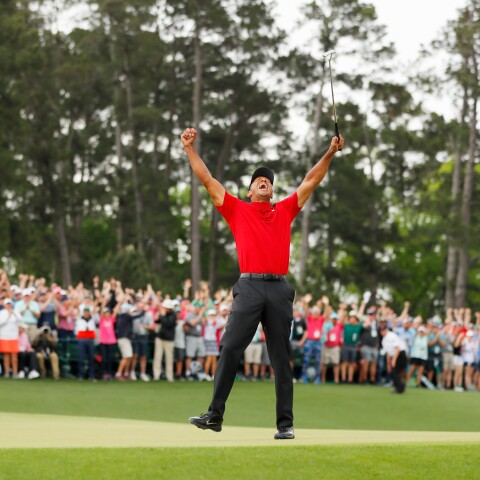 Articles
Tiger Woods defeats the decades at the 2019 Masters

Many great golfers have never won a major championship. At 34 years of age, after a slew of close calls, Phil Mickelson was well on his way toward that sort of mixed legacy. After a rough front nine that created a logjam atop the leaderboard, Mickelson put on a thrilling charge that included consecutive birdies from the 12th through 14th holes, a near-ace at 16 and the piece de resistance, a clutch 18-footer for birdie at 18 that capped off an inward-nine 31 and edged Ernie Els by a shot.

The moment Mickelson's putt curled into the cup will forever be a signature moment in 21st-century golf history. Lefty's splaying leap into the air and the delirious roar of a crowd completely aware of the significance of the moment created a catharsis that will be hard to match in a future millennium's worth of Masters Tournaments.

There is no doubt that the 2019 and 2004 Masters finales are more significant in the great sweep of golf history, but my all-time favorite conclusion was Adam Scott's triumph, not just for himself but for his country, over 2009 champion Angel Cabrera. The main drama, compressed to the last hole of regulation and the ensuing playoff, comprise the finest hour of major championship theater I have ever seen.

Much like Phil Mickelson nine years earlier, Adam Scott's 72nd-hole birdie putt came complete with tremendous added weight: not only was he seemingly overdue for a major championship, he was seeking to be the first Australian to don a green jacket after a series of countrymen's close calls. It was also raining, and he knew Angel Cabrera was standing in the 18th fairway tied with him for the lead. Scott's reaction when the putt dropped was out of character in its exuberance, showing the world just how much it meant to him.

The aforementioned Cabrera saw it all unfold from below. With his son on the bag, the enigmatic Argentine hit an absolute laser of an approach to two feet to set up the playoff. It's one of the most clutch shots I've ever seen, and as thrilling a punch-counterpunch sequence as golf has ever produced.

The playoff didn't disappoint, either, Cabrera nearly chipped in for birdie in the return to the 18th before both settled for pars. Then Scott struck the decisive blow with a birdie putt on 10, the second playoff hole, after Cabrera's own attempt just missed. This time the celebration was all relief: arms raised to the sky, rain falling across the Queenslander's laughing face.

What are your all-time favorite Masters final rounds? Feel free to share your memories in the comments below!

2010 when Phil won this third Masters. Amy appeared at 18-her first appearance since completing chemo. Wish had the picture of the tear running down his face as he hugged her. My husband and I were there.

Jacks 1986 Masters was tops. Grew up watching him win many majors. Also Tigers 1997 first major win. He demolished the field and the course , hence "Tiger proofing" became into being. His 2019 win was a heart tugging moment.

Nothing will ever beat '86. A distant second and third are 1975 for the drama and 1978 for Gary Players' charge and a young Seve getting to witness it as his playing partner.

Jack's charge and victory in 1986 was the best of all time.

Ben Crenshaw 95 Masters. Had Harvey Penick with him.

My 3 favorites are 60, 62, 64. Masters week always started golf season in Md, and Arnie was always in the mix in the 60’s - spectacular wins snd excruciating losses. My newer favorites are 75 and 86.. Obviously, younger folks will mention all of Tiger’s wins, which were all fabulous.

My only Masters was the year Phil won his first Masters. I had a pass for Saturday and Sunday. My daughter had a father/daughter day with her sorority on Sunday at her college. I gave my Sunday pass away and flew out that morning. I missed watching Phil win. I love watching Phil play. If I had the choice to do it over, I’d take my daughter every time. I did buy a Masters 18 hole flag. I hope to have it autographed someday to make it the best Sunday ever

86 Masters hands down. I still picture Jack walking after his putt on 16.
As a Canadian Mike Weir’s win has to be next for me.

Walking after the putt was in 17.