Competitive amateurs and pros will compete everywhere from busy munis to exclusive private courses this spring. Are you game?

Football fans and recreational players will never line up in an NFL game next to Tom Brady. Baseball fans will never get to stand in the batter's box in a Major League Baseball game while Justin Verlander hurls 100 mile per hour pitches in their direction.

But merely pretty-good golfers can have occasional brushes with some of the best in the world, on the same playing field. That's part of what makes the U.S. Open one of the game's greatest events.

I've long made peace with the fact that I'll never be a good enough golfer to play the game at the highest levels for a living. But thanks to the U.S. Open, I've had the opportunity to try and hang with golfers who have that kind of game.

In 2013, while living in South Carolina, I played in a U.S. Open local qualifier, which I'd done a few times in college and just after. This time around, I was drawn not only to the opportunity to test my game against dozens of better players, but also to the chance to play one of the state's best private courses: Secession Golf Club. For $150 (now $175), the opportunity to play a practice round and a tournament round at an awesome course, and compete at the same time, was a great deal.

I got more than I bargained for, because when tee times for the qualifier came out, I immediately recognized the name of one of my playing partners: Mark Anderson, who after playing college golf at the University of South Carolina, has bounced between the PGA and Korn Ferry Tours ever since. My relatively mediocre Division-III college career was laughable in comparison.

As if it wasn't already obvious, 18 holes at Secession became a four-hour masterclass in the gap between scratch players and elite pros. Anderson hit every green in regulation, shooting 65 and sharing medalist honors for the day. The round's sole blemish was a three-putt bogey from 20 feet on the 14th hole, more than offset by several made putts from outside of 20 feet. What he shot didn't impress me as much as just how calmly and almost sleepily he shot it. With a swing honed from hundreds of thousands of practice shots, he seemed to deploy a sort of autopilot and just glide through to the next stage of qualifying. A week later, Anderson won his first Korn Ferry (then Web.com Tour) event in upstate South Carolina by five shots, shooting 27-under par for four days.

I even impressed myself that day at Secession, playing well despite an early double-bogey. I shot 71 and missed out on a playoff for one of the alternate spots by one shot, simply by trying to follow Anderson around the course as best I could. I will never forget the absolutely pure six-iron I hit to the green of the short par-5 16th, setting up a six-foot eagle putt that gave me a chance on the last couple holes, in part because I'd earned a "Good shot" from the best golfer I'd ever teed it up with. A pro giving a rank amateur legitimate kudos like that is something that just doesn't happen outside of golf.

It's been a few years since I last played in a U.S. Open qualifier, but since my handicap index is still below 1.4, I might try it out again this year. Secession isn't hosting a qualifier this year and I now live in Florida, but I still might head for the South Carolina Lowcountry to play at Long Cove Club, which hosts one on Monday, May 11. The Pete Dye design is a course I've always wanted to see, and Dye's passing last month makes me want even more to seek out and learn about his work.

The USGA's just-released 18-hole U.S. Open local qualifiers list includes 109 different sites this year, all but one in the United States. The lone exception: May 12 at TPC Toronto at Osprey Valley's North Course. The list of sites is all over the place, literally: several private, public, resort and even a few municipal courses across 45 states.. Here are some other intriguing courses set to host their own mix of pros and Joes:

Opened in 1917, El Campeon is one of Florida's oldest golf courses, and the centerpiece of a popular, family-run resort just 45 minutes northwest of Orlando. Playing somewhat against type for the Sunshine State, the Robert O'Neil design has some significant elevation changes on several holes. 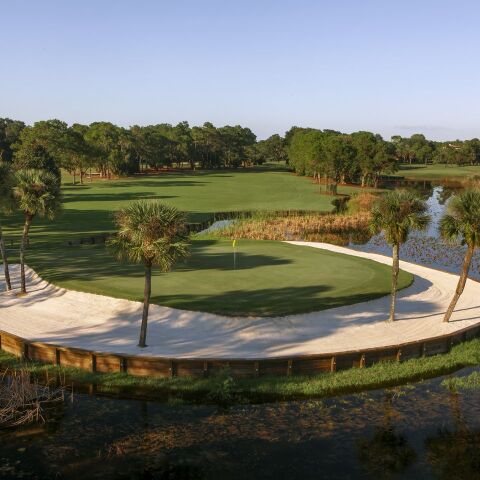 Cape Cod is full of quiet, old summer clubs, and Eastward Ho! (yes, the exclamation point is part of the name) is one of the finest. Its architect, Herbert Fowler, is much better known in the United Kingdom, where the fast majority of his work can be found at clubs like Walton Heath, Saunton and Royal North Devon, whose alternate name is Westward Ho! Something that makes Eastward Ho! a particularly interesting choice for U.S. Open qualifying is its length: less than 6,500 yards from the tips. The greens, known for being treacherously steep from back to front, should provide plenty of challenge to compensate. So should the wind.

Part of the Gordon F. Moore Community Park, this municipal course in greater St. Louis was designed by Arnold Palmer as a favor to its namesake, a local businessman. It hosted the now-defunct U.S. Women's Amateur Public Links Championship in 1996, and the 1999 U.S. Amateur Public Links Championship, won by Heather Graff and Hunter Haas, respectively.

Whippoorwill is somewhat overshadowed as a noteworthy course in part because of its location: Westchester County, which has as many great golf courses per square mile as just about anywhere in the world. The Charles Banks design is characterized by deep bunkers and bold greens, which received some recent restoration courtesy of architect Tripp Davis. At less than 17 miles, it is the nearest local qualifying site to U.S. Open host Winged Foot Golf Club.

Central Wyoming is not exactly a golf hotbed, and yet Riverton has hosted a U.S. Open local qualifier every year since 1998. Last year amateur Carson Lundell shot 68 and pro Ryan Wallen shot 71 to earn the two spots available in the 29-player field.

Tom Doak designed this expansive public masterpiece for the Colorado Golf Association, bringing several elements traditionally thought to be the province of exclusive clubs to the public golfer. Included among these are ample width and engaging strategy, a dedicated par-3 course and an affordable caddie program composed of area youth. CommonGround has been a go-to secondary course for USGA events in the Denver area, including the 2012 U.S. Amateur at Cherry Hills and the 2019 U.S. Mid-Amateur at Colorado Golf Club.

The Jersey Shore scene doesn't really get going until summertime, but the chance to compete over this spectacular Walter Travis design is enough to get architecture-loving golfers to start fist-pumping. Tom Doak's Renaissance Golf Design has worked with the club to restore the course in recent years, including its more than 150 bunkers.

America's biggest state by land area is also its smallest by total golf courses, but it still gets its own U.S. Open qualifier. In last year's edition, local Derek O'Neill got through the 14-player field via a playoff with a score of 71. 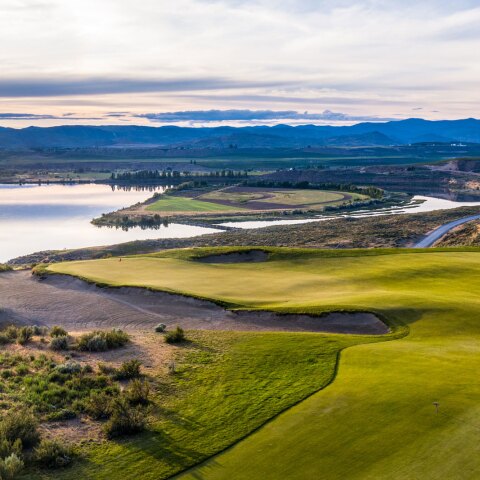 With just under half of 2020's local qualifying sites hosting at least their second consecutive qualifier, this private course originally designed by Tom Bendelow stands out; it's hosting a qualifier for the 42nd consecutive year, the longest such streak of any course.

This Donald Ross design in central Massachusetts is no stranger to USGA competition. It hosted the 2004 U.S. Women's Open, won by Meg Mallon.

The full list of 2020 U.S. Open local qualifiers can be seen here.

Golf Channel Am Tour
You can play big-time competitive golf with your peers, no matter your handicap.
EventsGolfPass News