Beat the summer crowds with a shoulder-season golf package to St. Andrews in Scotland 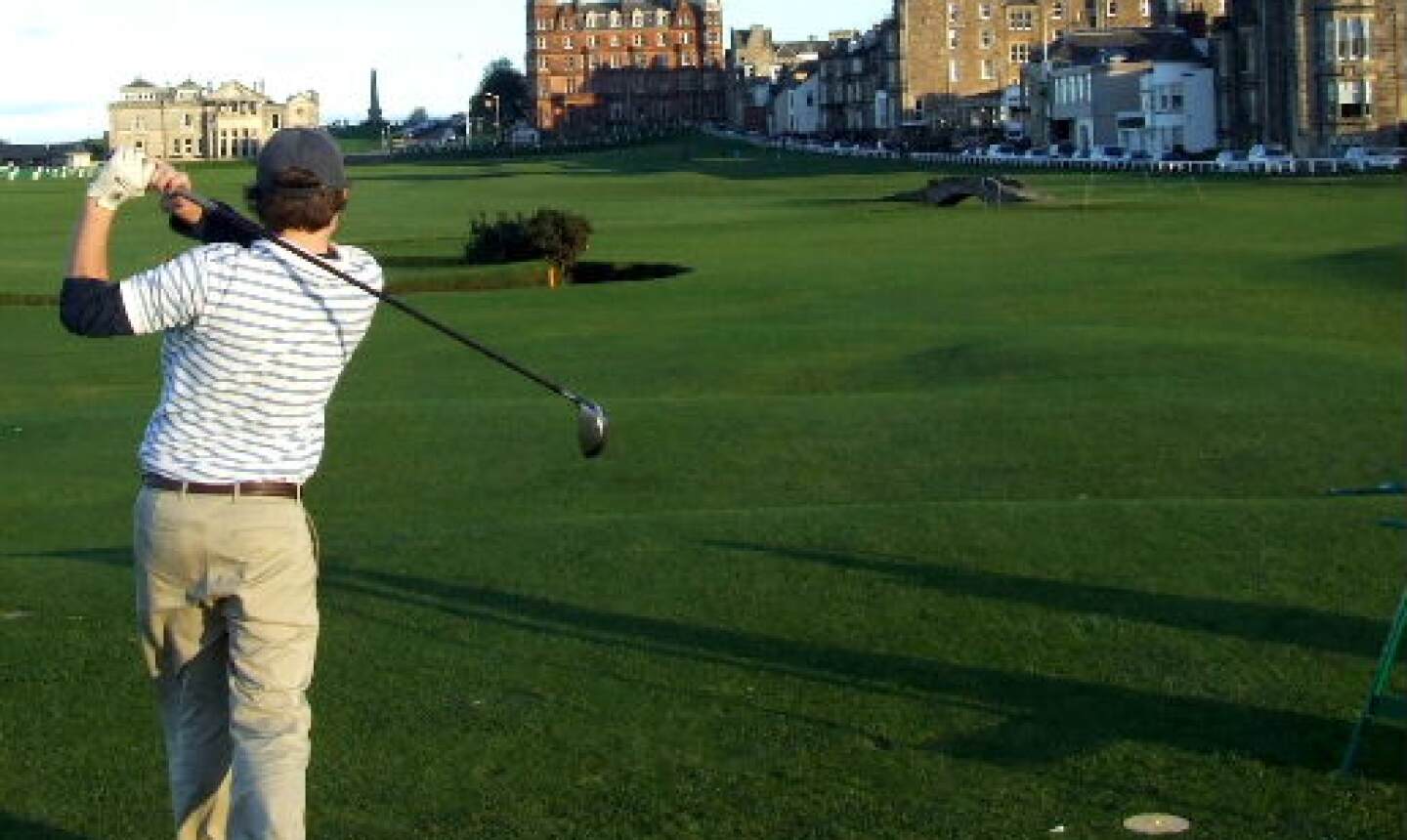 Golfers who head to St. Andrews this April will save cash but experience the same great Old Course. Brandon Tucker/Golf Advisor 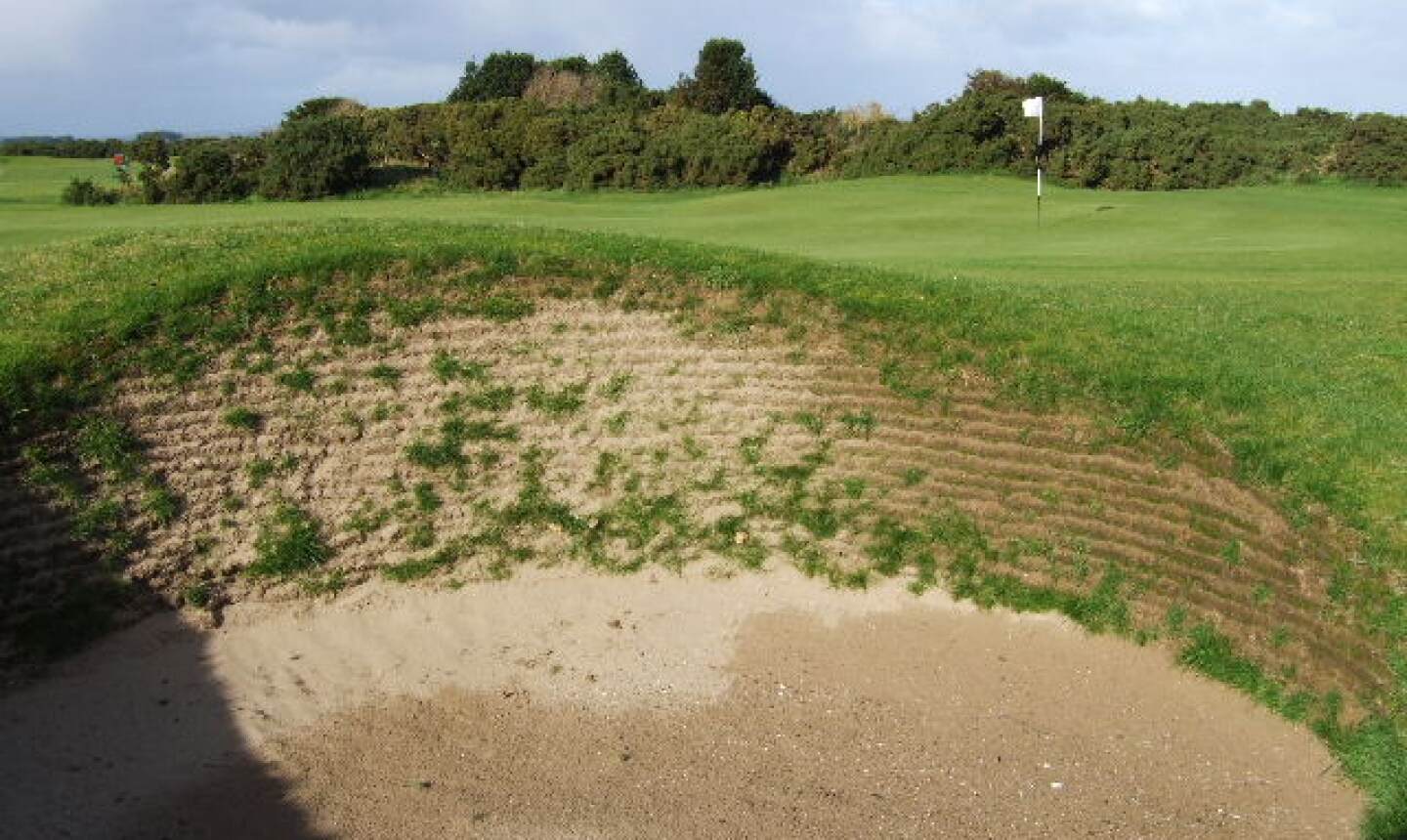 Golfers interested in traveling to Scotland can still find late-winter golf vacation deals on gems such as the Old Course, Balcomie Links and the New Course.

There is still time for golfers to head for St. Andrews before the summer crowds this April, Scotland's shoulder season for golf. A limited amount of golf packages can still be purchased this winter to get you to the home of golf by April.

Bypassing Scotland's high season from May 1st through September brings many positives, from price to accessibility.

"It's dramatically less expensive [compared to the high season]," said Mark Barnes, vice president of marketing at PerryGolf. "The lower cost is a big advantage, and there are less crowds and less tourists, so you're more likely to get your spot at the Dunvegan bar."

PerryGolf is offering a St. Andrews stay & play package from April 18-30th that includes a guaranteed tee time on the Old Course and accommodation at the Fairmont St. Andrews Resort just minutes outside town. The tour has been popular with Perry clients, who are able to catch the home of golf just as temperatures begin to warm up. Average highs during late April are in the mid 50s in St. Andrews.

The highlight of the tour is the guaranteed tee time on the world famous Old Course. Your foursome will have the opportunity to navigate the course's 14 monstrous double-greens and 112 notorious bunkers, while taking on the Road Hole and trudging over the Swilcan Bridge.

But no golf trip to Scotland is complete without taking on a historic, lesser-known gem like nearby Balcomie Links in Crail - the first course on Perry's four-day tour.

"Part of the idea of making Balcomie the first course is to give the golfers a chance to get their feet wet," Barnes said. "It's a great warm-up round on a fun, seaside links."

Balcomie Links is the world's seventh-oldest golfing society, and golfers can play with traditional hickory clubs there.

The package also includes a round at the Old Course's neighbor, the New Course. It was built at the end of the 19th century, when townspeople wanted a second option to the extremely popular Old Course. It's a traditional, Old Tom Morris links design that some argue is even more challenging than the Old Course on a calm day.

The fourth course on the tour is The Devlin, one of two links at The Fairmont St. Andrews. It can be described as "hybrid" links, which apply advances in modern golf course architecture to create traditional-looking links on coastal land. Low handicappers can tee up at nearly 7,000 yards if they're feeling bold.

The package includes four nights at the Fairmont St. Andrews, about a mile up the road from town and one of PerryGolf's preferred hotel properties in Scotland.

Originally named the St. Andrews Bay resort when it opened in 2001, Fairmont's takeover a couple years later brought not only a new brand but a makeover of the grounds. Its new digs include a more authentic touch, something PerryGolf says has been a big hit with clients.

"They've reworked the interiors to give it more of a local charm," Barnes said. "It's not a typical hotel for the area. The rooms are much bigger, there's a great spa, great dining, there's something for everybody.

Tim Gavrich
Senior Writer
Now Reading
Beat the summer crowds with a shoulder-season golf package to St. Andrews in Scotland
Search Near Me