Cincinnati vs. Columbus: Which is the better Ohio golf destination? The par-4 ninth hole on the Woodlands nine at Shaker Run Golf Club is one of the best holes in the state. Jason Scott Deegan/Golf Advisor 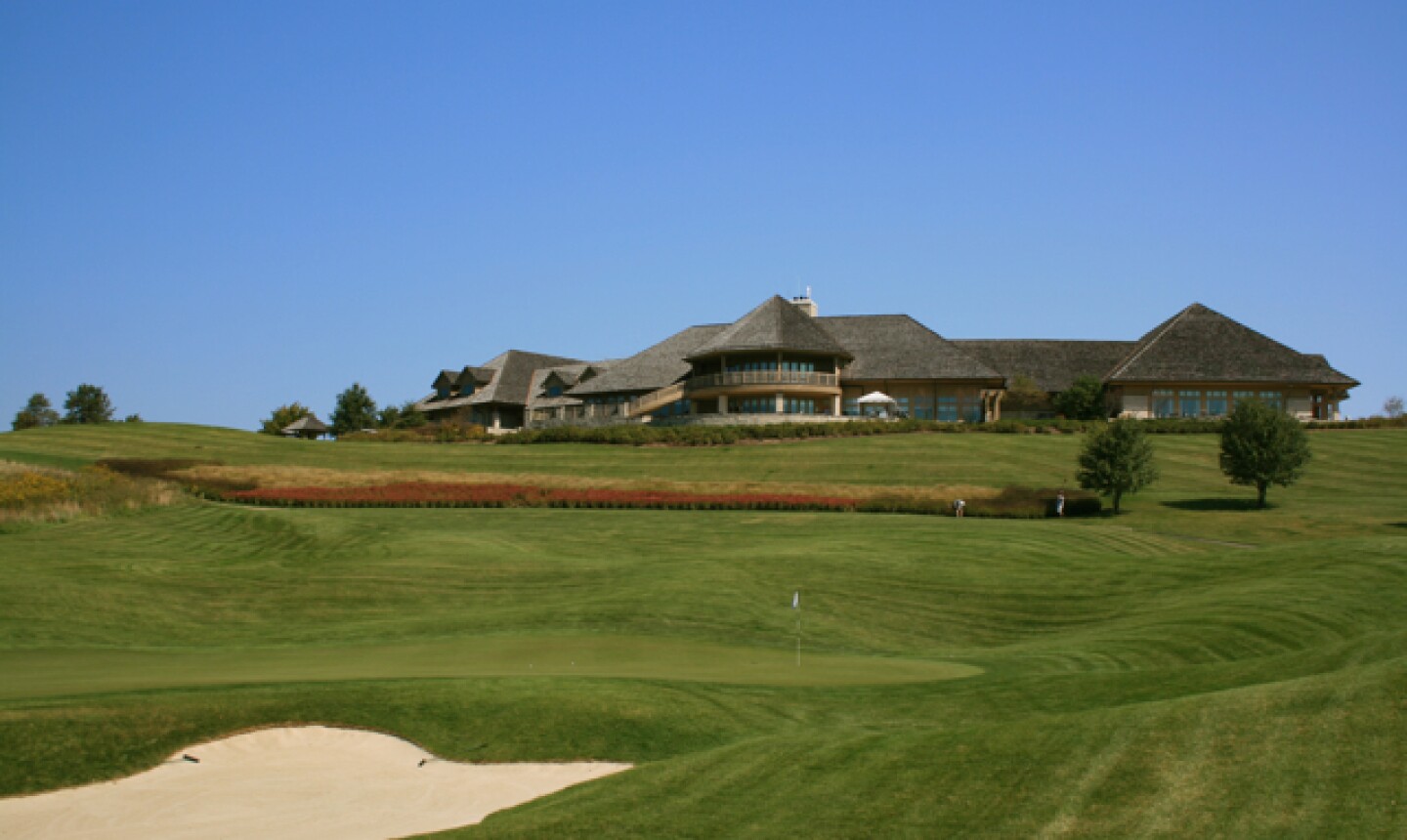 Everybody in Columbus says Virtues Golf Club is the best course in the region. Brandon Tucker/Golf Advisor 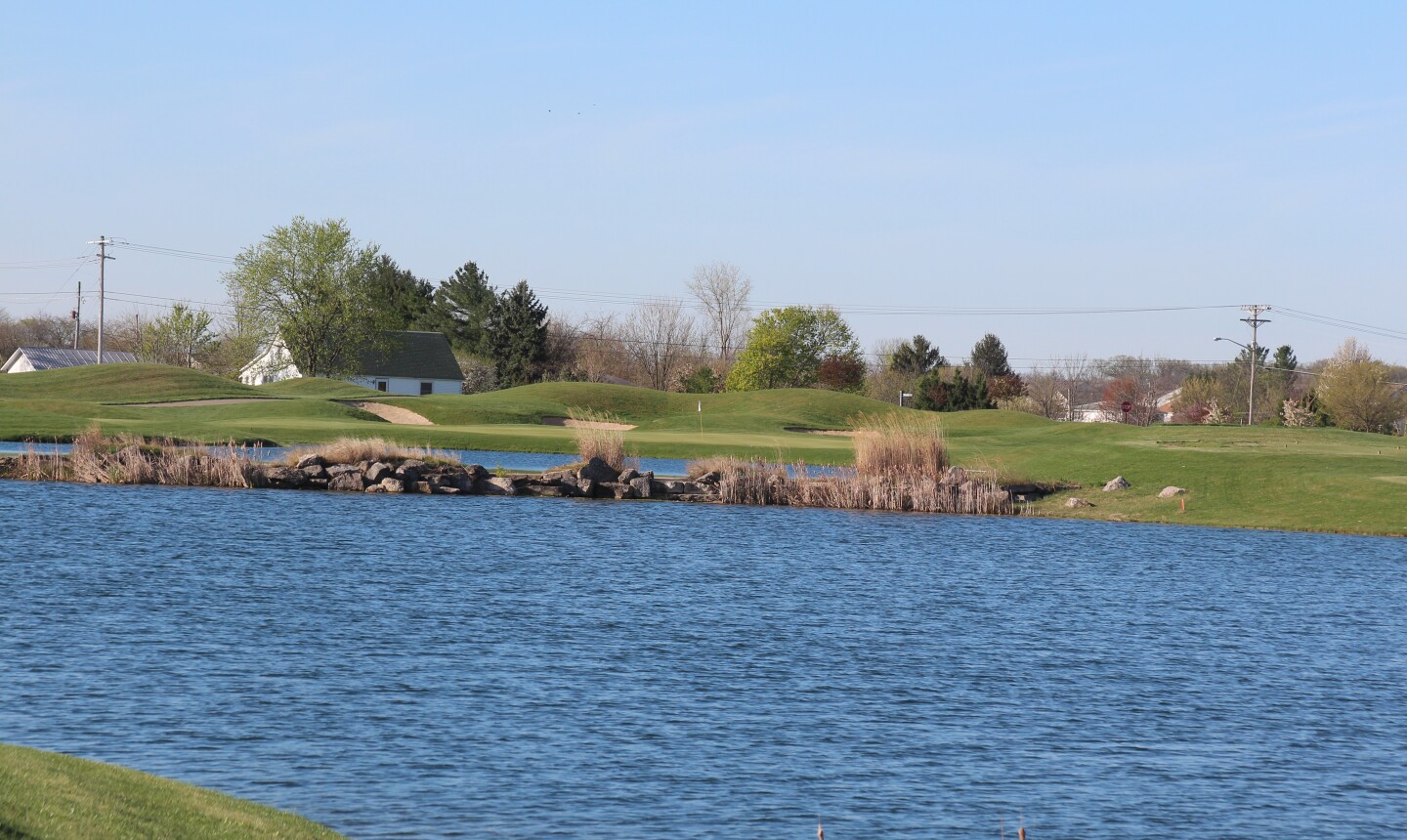 The sixth hole is a beauty and beast at The Players Club at Foxfire Golf Club. Jason Scott Deegan/Golf Advisor

I can't claim to be the end-all-be-all expert to the public golf scenes in Cincinnati and Columbus. But having visited both cities for long golf binges in May, I feel like I have enough ammunition to compare the two destinations.

Ohio is known more for its country clubs than its public golf (there are only a handful of golf resorts in the state). Yet I came away impressed with the quality and variety of both. Here's a look:

The 27-hole Shaker Run Golf Club in Lebanon, 35 minutes northwest of Cincinnati, has three par 4s that could make a run on a "best holes in the Midwest" list: The fourth and ninth holes on the Lakeside Course and the Woodlands nine's ninth hole. It's a dynamite test of golf.

Although everybody in Columbus counts Virtues Golf Club as the "best course" in the region, I left the track out of this debate because I haven't seen it yet and it's a good 70 miles east of the city.

The Players Club at Foxfire Golf Club in Lockbourne south of Columbus is nice -- and I hear nearby Cooks Creek Golf Club in Ashville is too -- but they don't deliver the wow factor of Shaker Run or The Golf Club at Stonelick Hills in Batavia (east of Cincinnati).

This is where the argument gets dicey. Both destinations boast plenty of variety. I'm not sure I can say that the top courses I saw in Cincinnati -- Shaker Run, Aston Oaks Golf Club in North Bend, Elks Run Golf Club in Batavia and Legendary Run Golf Course -- are significantly better than the best of Columbus I played -- Cumberland Trail Golf Club in Pataskala, The Players Club, New Albany Links and Winding Hollow in New Albany. Add in Stonelick Hills and The Vineyard Golf Course to Cincinnati's list and Virtues, Cooks Creek and EagleSticks Golf Club in Zanesville to the arsenal in Columbus and the picture gets even murkier. I can report without a doubt, however, that the golf around Cincinnati was more scenic with more dramatic elevation changes.

Even though I visited Columbus three weeks earlier than Cincinnati, its courses were generally in better shape. I think the competition to impress golfers is greater in Columbus. The incredible private club scene, including Muirfield Village and Scioto Country Club, raises the bar for everybody. The public courses can't slack off in conditioning. The greens at Cumberland Trail, 22 miles southeast of the city, were among the best I've ever seen at the public course. Several courses I saw in Cincinnati -- Aston Oaks, Elks Run and Deer Run Golf Course, for example -- had past issues still lingering, either with poor course construction or a financially strapped former owner. Those kinds of problems affect long-term conditioning.

The same theory applies to the service. The private club scene in Columbus forces its public counterparts to deliver more amenities and better service than those of Cincinnati. One nameless course in Cincinnati made me get my own cart from the cart-barn area. Columbus has some great personality in its clubhouses like the castle-like structure at Royal American Links in Galena and the all-window wall at Darby Creek Golf Course in Marysville. The clubhouse at The Golf Center at Kings Island had some great historical artifacts hanging in its clubhouse from its days hosting the LPGA Tour, PGA Tour and Champions Tour. For the most part, though, the clubhouses at Shaker Run, Elks Run, Aston Oaks and Legendary Run were good but fairly cookie-cutter for high-end facilities.

With more amenities and services comes a higher greens fee. This is where Cincinnati fights backs. Both Cincinnati and Columbus are cluttered with too many courses similar in style and price range, a problem that has driven already affordable prices even cheaper. Still, Cincinnati's best courses like Shaker Run ($64 peak rate in 2012), Legendary Run ($49) and Aston Oaks ($45) offer a better value than Virtues ($79), Cooks Creek ($60) and The Players Club ($49).

Both cities score high marks when it comes to providing sports junkies with off-the-course fun. The Cincinnati Reds are still trying to recapture the days of the "Big Red Machine." Unfortunately, the Reds have had just one winning season since 2000. The Bengals treat their fans even worse, with just three winning seasons since 1990. Thankfully, two of them have been in the past three years, so there is hope. Golfers can't really enjoy the Columbus Blue Jackets during spring because they never make the playoffs (just once since 2000). Personally, I'd much rather soak up the buzz of a fall football weekend with the Ohio State Buckeyes than one with the Bengals.

Cincinnati vs. Columbus: And the winner is ...

Cincinnati squeaks out a win as the best golf destination of the two cities, in my eyes. The courses there tend to be more affordable and the weather warms up earlier in spring. The terrain is ultimately the determining factor. The Ohio Valley is a mini-version of northern Michigan, while central Ohio is mostly flat and uninspiring farmland. If the Cincinnati courses could overcome their conditioning issues, it could really emerge as a strong under-the-radar golf destination. Articles
Arthur Hills at his creative best at Shaker Run Golf Club near Cincinnati
Play Shaker Run Golf Club for a good old-fashioned lesson in geometry. It's not about finding the fairway at this fabulous, public, 27-hole facility 35 minutes northwest of Cincinnati, it's about leaving the proper angle to the green. Arthur Hills designed the original 18 holes in 1979. The Lakeside nine features two fine par 3s (No. 2 and No. 5) with water views. Extreme elevation change highlights The Woodlands nine.
2 Min Read

Tim Gavrich
Senior Writer
Now Reading
Cincinnati vs. Columbus: Which is the better Ohio golf destination?
Search Near Me