The first time I put on Cole Haan's new OriginalGrand golf shoes, they felt almost too comfy to be functional on the course.

I tested this "too good to be true" first impression with one of golf's ultimate endurance tests - walking 18 holes at Chambers Bay in University Place, Wash. I can't say that I floated through the more than 19,000 steps (roughly 8.5 miles) registered on my fitbit that day. My feet were feeling it by the end of the round, but the shoes proved they aren't just comfortable. They're rugged, durable and cool. My feet would have been beat up no matter what shoes I was wearing. That's what the mandatory walk at Chambers Bay does to golfers. I think the GrandFoam padding in the footbed and midsole in the shoes probably saved me from any additional discomfort I was already feeling.

Built in an old quarry on the Puget Sound, Chambers Bay, the 2015 U.S. Open host, is considered one of the toughest walks in golf. There's some punishing uphill climbs. Sadly, I also did my fair share of trudging in and out of deep bunkers and humping up and down man-made dunes looking for balls (not all mine). None of this scuffed up the shoes.

I was lucky enough to play Chambers Bay in exquisite sunshine, but Cole Haan's weatherproof technology would have been ready if the real spring weather in the Pacific Northwest reared its ugly, wet head.

In fact, the spikeless Haans were the only shoes I packed during the five-day trip. I wore them in the airport, in church and out to dinner. Talk about versatile. I like that they look like the dress shoes Cole Haan has been producing since the 1940s. They're so different from any other golf shoe I've ever worn that they stand out on the course.

There are two other styles - the ZeroGrand and GrandPro AM - both casual sneakers in various prints and colors. You can even go all-camo if you're feeling adventurous.

Available at Dick's Sporting Goods and Golf Galaxy, the shoes retail for $140-$170. 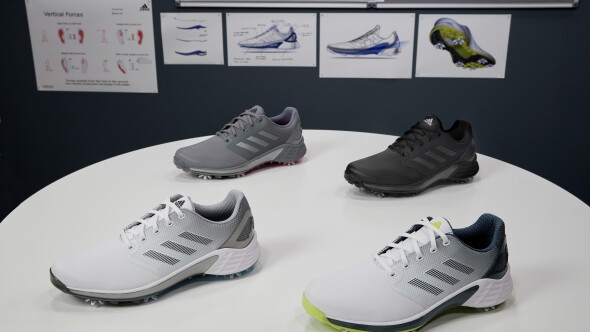 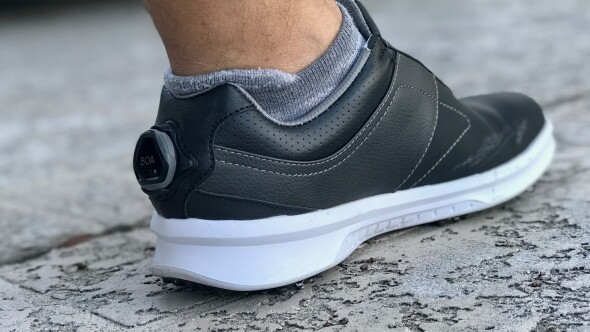 Articles
1 Min Read
This foot-hugging shoe lacing system is a Cool Golf Thing
Who knew wires could be so comfortable?

Kira K. Dixon
Lifestyle Correspondent
Now Reading
Cole Haan enters the golf shoe market with comfort, style
New Cookie Policy
WE AND OUR PARTNERS USE COOKIES ON THIS SITE TO IMPROVE OUR SERVICE, PERFORM ANALYTICS, PERSONALIZE ADVERTISING, MEASURE ADVERTISING PERFORMANCE, AND REMEMBER WEBSITE PREFERENCES. BY USING THE SITE, YOU CONSENT TO THESE COOKIES. FOR MORE INFORMATION ON COOKIES INCLUDING HOW TO MANAGE YOUR CONSENT VISIT OUR COOKIE POLICY.
CONTINUE
Search Near Me