Lurching toward enlightenment is a Cool Golf Thing

There can never be too many reminders that golf is a mental game.

I recently took a nostalgia trip to reassemble my competitive golf resume, dating back my junior golf days of the early 2000s. Thanks to some assiduous record-keeping by junior tours and the Wayback Machine's ability to survey crusty old versions of other golf websites, I made quick progress on the project.

Golfers tend to be forward-thinking, but I found some key insight looking at those old numbers: in the past decade and a half, I haven't become a significantly more skilled golfer. I have been capable of shooting par or better in tournament conditions for half my life; I've just done it somewhat more often, with fewer blowup scores, in recent years. In 2006, I shot an even-par 72 at Pinehurst No. 8 in the first round of the North & South Junior, the most prestigious tournament I'd played to that point. Then, I faded with a 77 at No. 5 and an 84 at No. 2. The next fall, in my third-ever college event, I opened with 69 at tricky Royal Lakes Golf Club outside Atlanta. I shot 78 the next day. Which round do you think I scrutinized more?

Stringing good rounds together is one of the hardest things to do in golf, for any level of player. Good rounds often cause impostor syndrome - "I can't really be that good, can I?" - and we usually regress the next time out. After the inevitable bad follow-up round, our first instinct is to angrily grind away our flaws on the range, even though the golfer who played the good round hasn't gone anywhere. This realization suggests that sound mental golf requires appreciating and internalizing the good rounds. Never has Bobby Jones' quote about the five-and-a-half inch course between a golfer's ears made more sense to me. 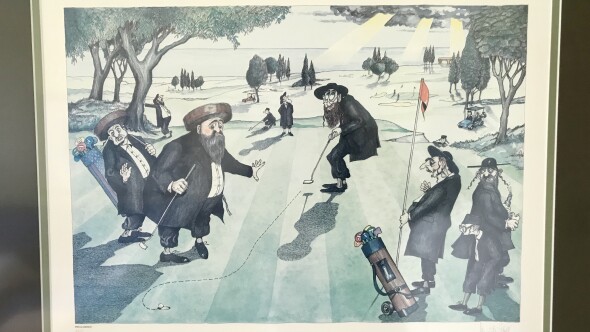 I just learned that author Tim Gavrich is a fellow leftie. And from the picture, a free-swinging one too.

Great write up. Think we have similar games and our generation is more prone to look to nostalgia with our experiences. Thanks for the story.