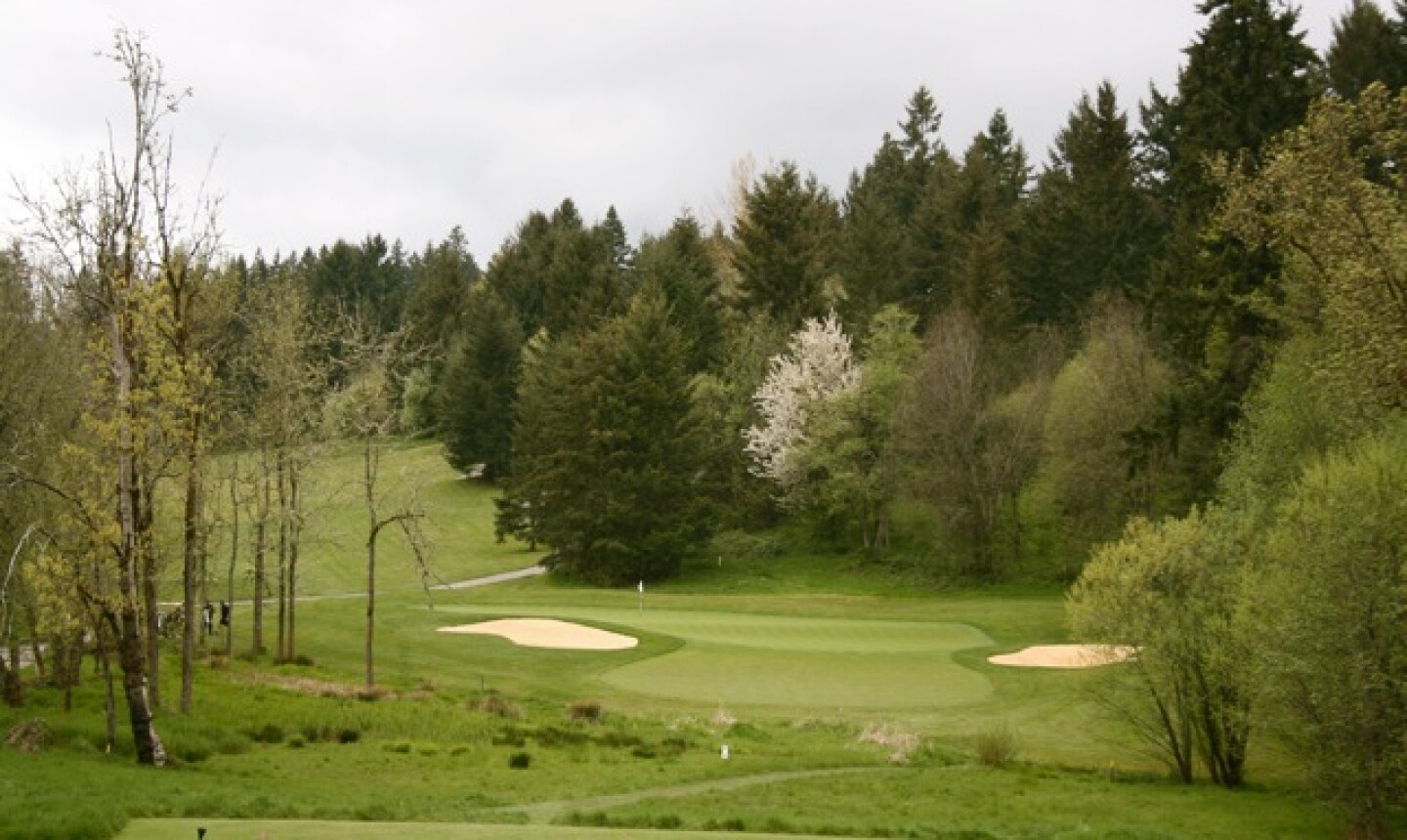 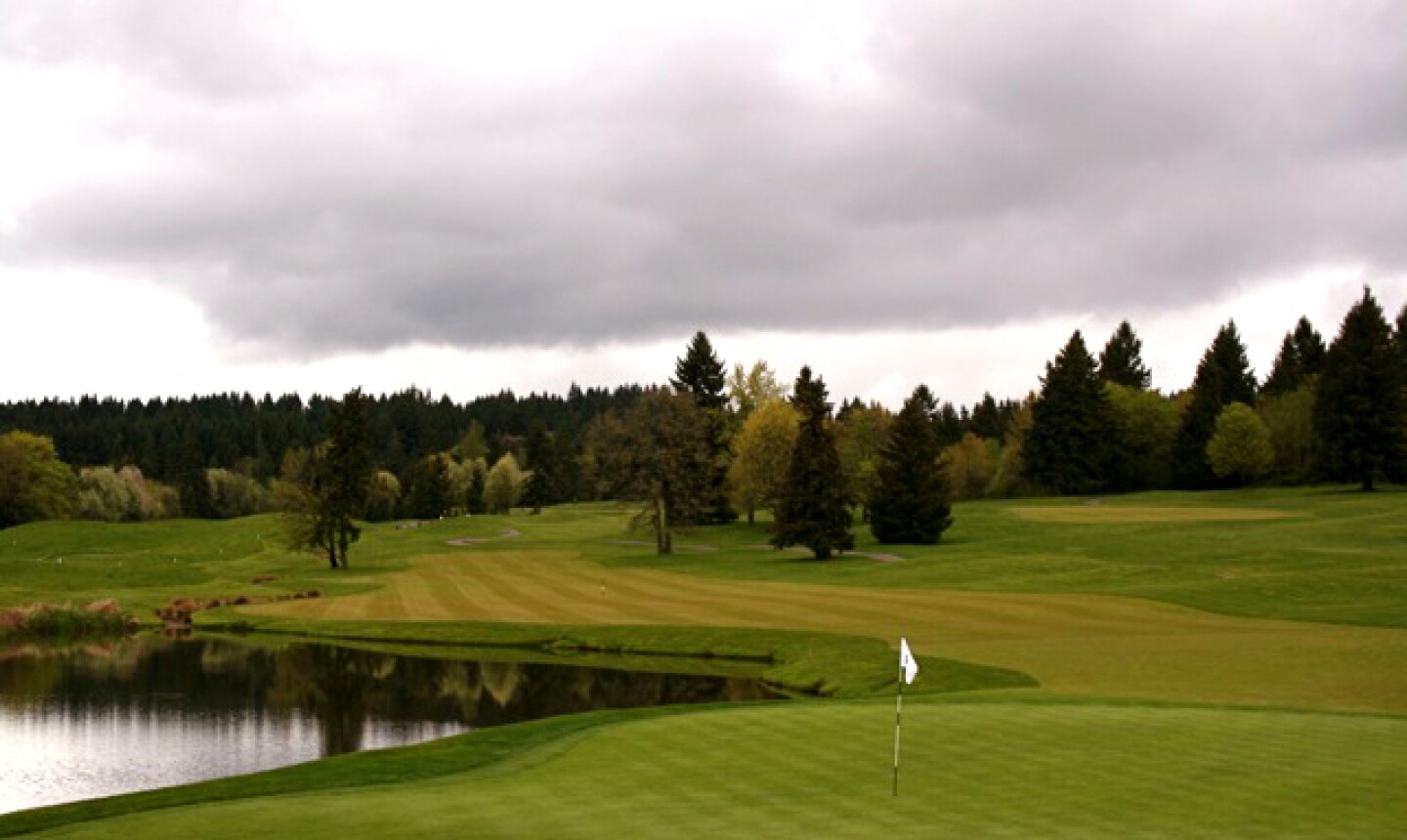 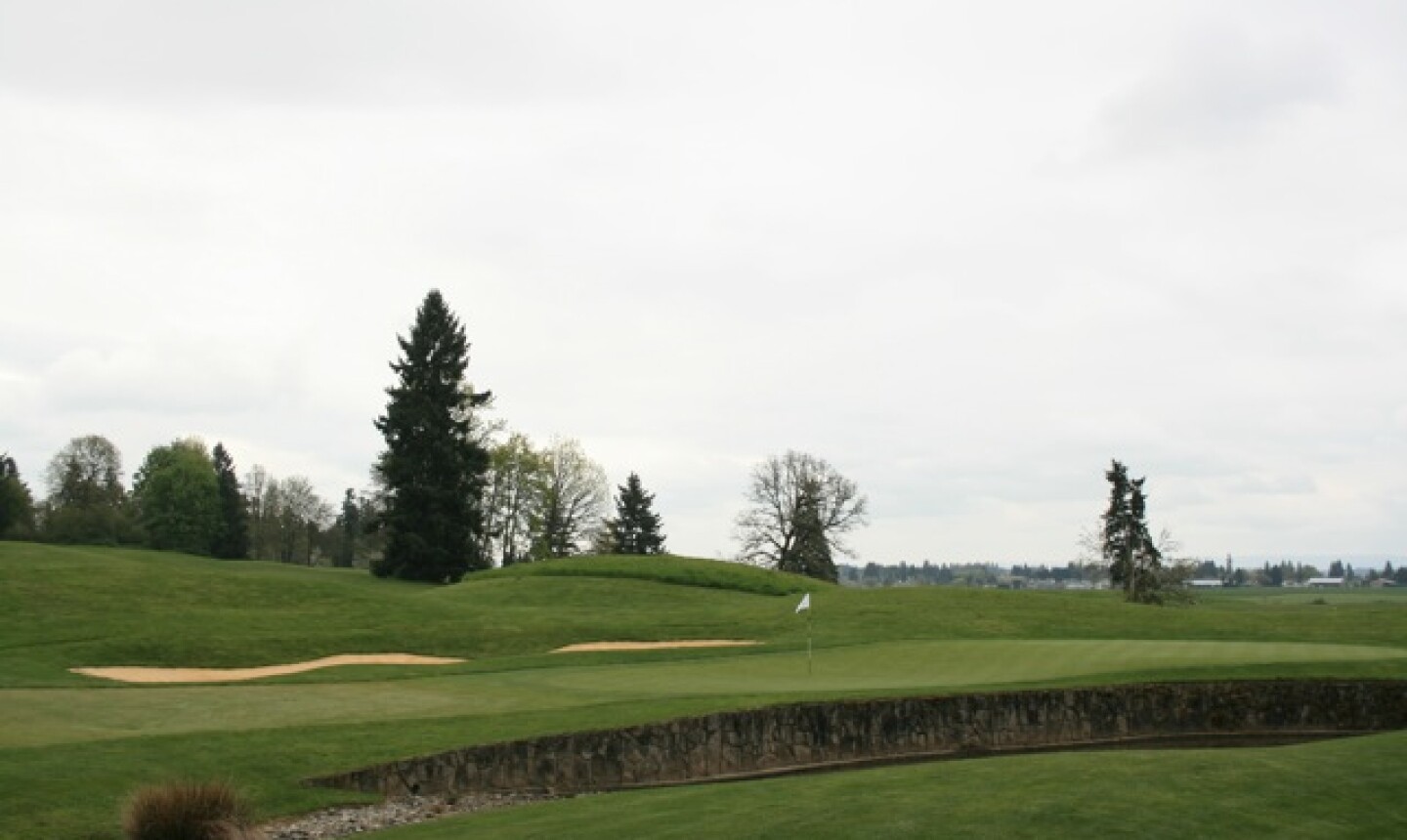 The creek snakes around the 17th fairway and green at Ghost Creek. Brandon Tucker/Golf Advisor

NORTH PLAINS, Ore. - Put "ghost" in a golf course's name, and you'd be led to believe it's a collection of holes that will summon your scorecard to the netherworld.

And Ghost Creek, a Bob Cupp design in metro Portland, is indeed formidable. But it's not necessarily because of the creek.

Ghost Creek has all the makings of a tournament golf course. It's long and tight, with silky smooth greens.

The creek, which is mostly shallow and narrow, pops in and out of the course more unpredictably than that Slimer in "Ghostbusters." But while it's certainly a detractor when in play, crossing its path doesn't spell imminent doom.

Depending on how much rain has been had, it's going to be mostly dry, so your ball will encounter a bounce off the rocks before settling in the stream. Challenge the creek and it will pass its own judgment on your ball's fate, either swallowing it up for a stroke penalty or spitting it back out to new life. It was a factor early and often during our foursome's round.

On the par-4 17th hole, which is drivable though the creek runs across the landing zone, one member of our group hit a screaming duck hook well left. The ball was either headed into the creek or behind trees. But suddenly it bounced off a rock and caromed 50 yards right. He never saw the action and didn't believe our group's gleeful screams. But as he walked up the fairway, there was his ball: smack dab in the middle, to which he walked off the hole with a routine par.

Then there was my own brush with the ghost on the par-4 sixth hole. A tee shot sent dead right bounced off the cart path twice, before hitting the creek and then shooting right down the middle of the fairway, just ahead of the other three balls in our group.

Whether course architect Bob Cupp intended for the creek to offer these fortuitous hops is debatable, but for the mid-handicapper always in need of a lucky break, the odds are in your favor. Just prepare to make do with some nasty scuff marks on your ball.

Ghost Creek is widely considered Portland's top public golf course. It's also the most expensive ($90-$150), but features country club-like conditions and a walker-friendly layout. In fact, you're better off walking here, because carts are on paths only for daily play, which makes riding more of a nuisance than convenience. The result, however, is prime playing surfaces and thick rough - not to mention great hole variety in a traditional parkland setting.

The course has an outstanding reputation among the public layouts in the Pacific Northwest. Former NFL quarterback Drew Bledsoe, who now resides in Washington, was on the course this particular Saturday.

He's not alone. Logan Smith, a 4-handicap, also felt the need to travel down to Portland just to see Ghost Creek. "We came here from Seattle just to play here," said the Pumpkin Ridge first timer. "And I'm sure we'll do it again."

Hotel Deluxe: Where to stay in downtown Portland

Pumpkin Ridge is just a 20-minute drive from the wildly entertaining downtown Portland.

Located in the heart of downtown, Hotel Deluxe pays homage to the Golden Age of Hollywood. Recently purchased and upgraded by Provenance Hotels, it received the "Best Hotel Renovation" honor by Hospitality Design Magazine. Today, it's the kind of vibe that's more Arnold Palmer than Tiger Woods.

No two of the 130 guest rooms are the same, but each is equipped with the latest tech goodies like flat-panel TVs and IPod docking stations. Unique to the Deluxe are a "pillow menu" where you can choose the ideal way to lay your head, as well as a "make it so" button on your phone, where staff is at your service 24/7.

Its location is perfect for exploring all of downtown Portland. Hadlock Field, home of the Portland Sea Dogs, a AA Red Sox affiliate, is just down the street if you're up for a night game, and the MAX Light Rail red line, just a block away, offers a fast, direct route to the airport and other city spots. 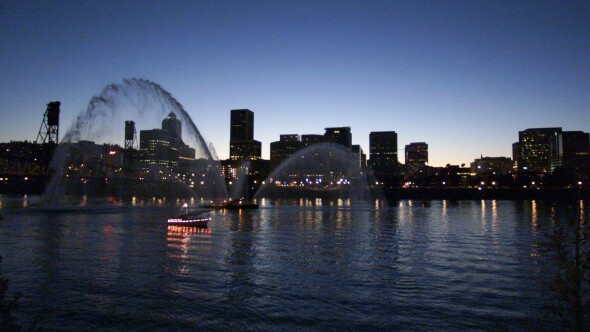 Articles
With golf courses like Pumpkin Ridge and Reserve Vineyards, Portland, Oregon's a haven of great golf and beer
With three dozen breweries, Portland, Ore. is known as beer central. But there's also great golf nearby, making for excellent beer/golf tours of the area. Pumpkin Ridge Golf Club and Reserve Vineyards and Golf Club are two of the best courses to check out, Brandon Tucker writes.
4 Min Read