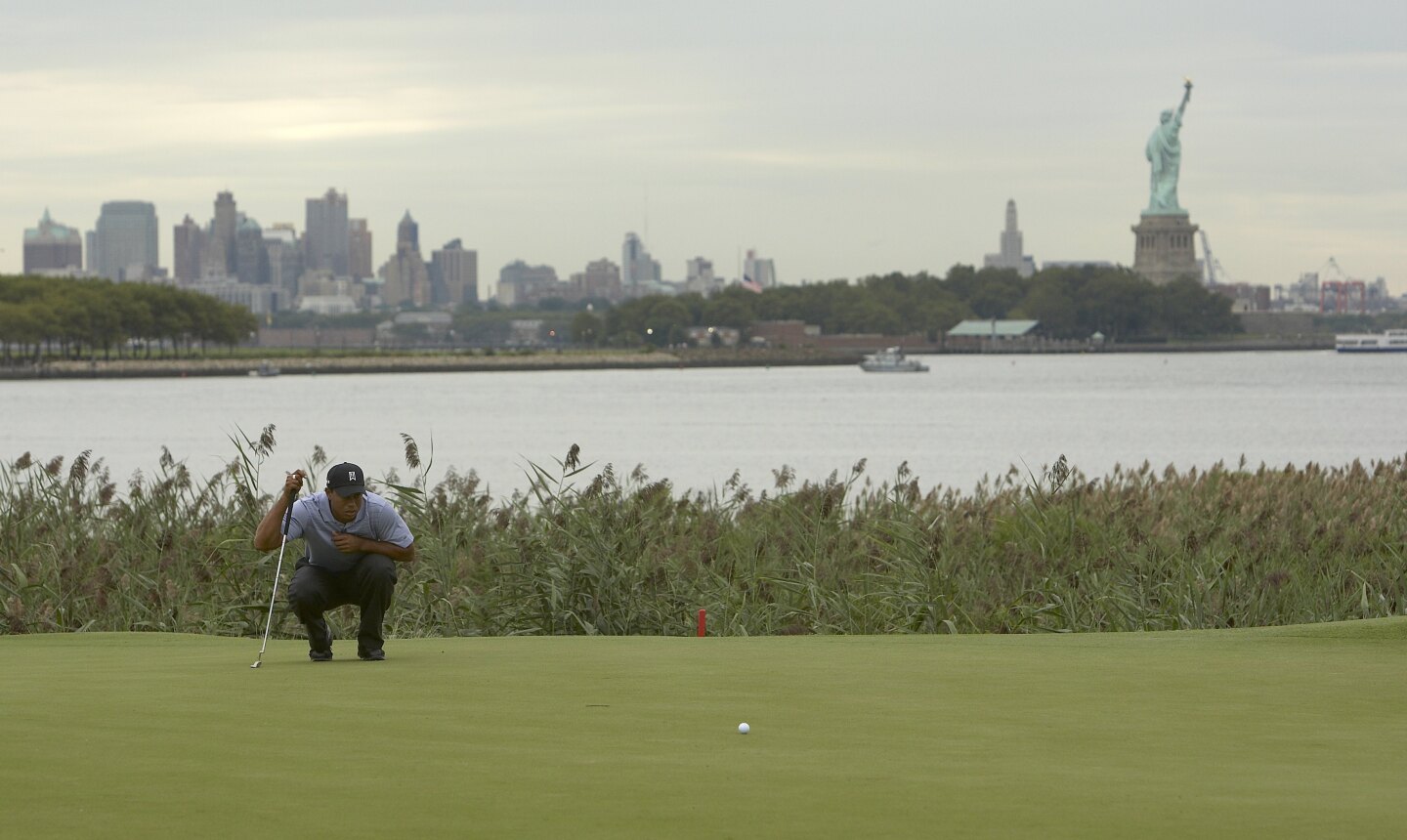 Tiger Woods lines up a putt during the Barclays at Bob Cupp-designed Liberty National, in the shadow of the Statue of Liberty. Getty Images 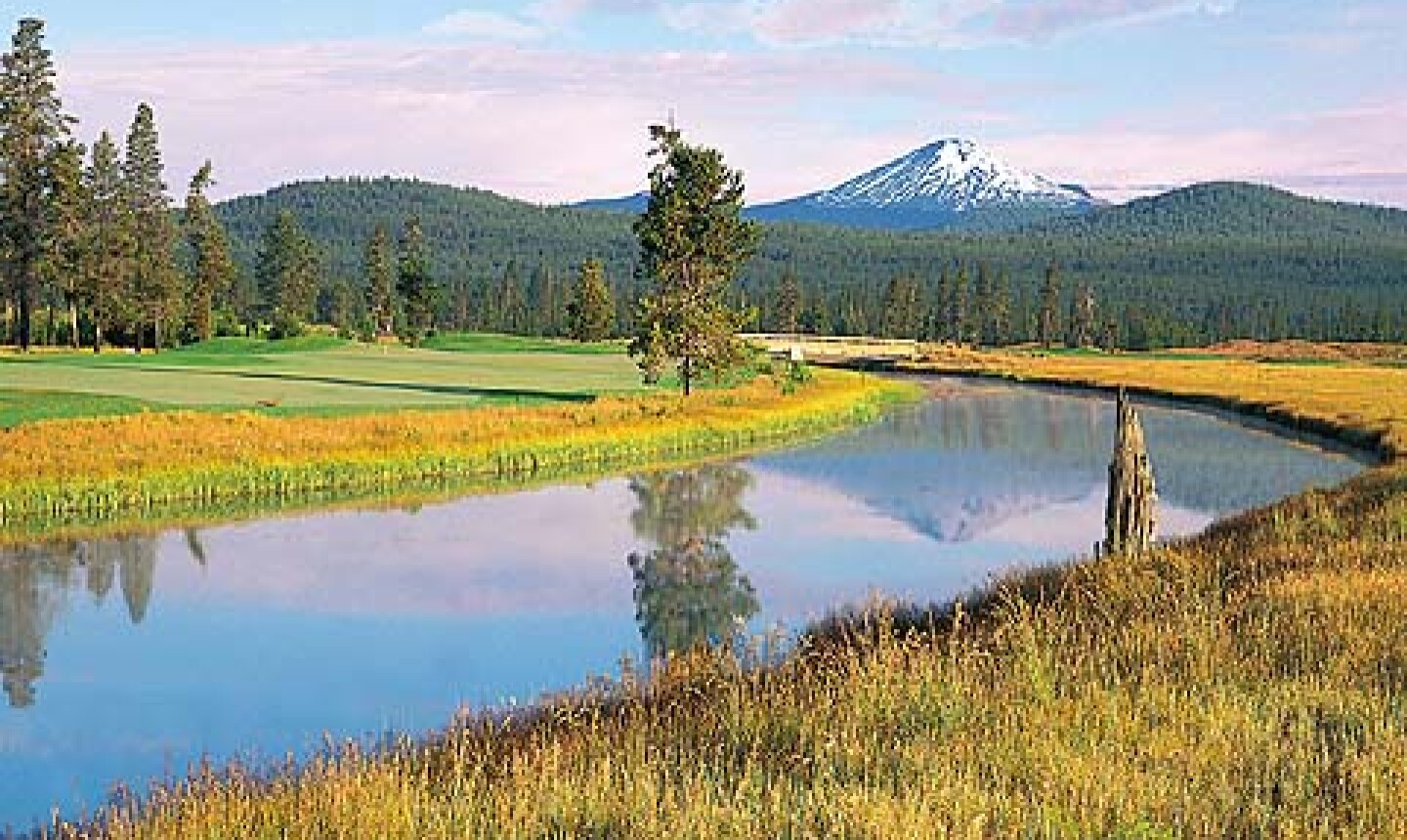 The Bob Cupp-designed Crosswater Golf Club at Sunriver Resort put central Oregon golf on the map when it debuted in 1995. Courtesy of Sunriver Resort

Bob Cupp, architect of more than 150 golf courses in the United States, passed away today at the age of 76, according to the American Society of Golf Course Architects.

With two college degrees in the arts, Cupp had the creativity and eye to design some of the most aesthetically pleasing and strategic golf courses of his generation.

As good as he was at designing courses, Cupp was known as a renaissance man for his writing, painting, building and his musical talents for singing and playing the piano, guitar and cello.

Jack Nicklaus, who employed Cupp for 15 years as a senior designer, released a statement through the ASGCA Web site:

"We lost one of the great friends of golf in my friend, Bob Cupp. Bob and I worked together for more than 20 years. He spent many years alongside me at Nicklaus Design and Bob continued to excel when he went out on his own. Bob was terrific at what he did and added so much pleasure to the game not only through his designs, but also with his fun-loving personality and charm. We hope that Bob will be remembered for all the great things he did, and how he lived his life, which in my opinion was very special."

Cupp, a past president of the American Society of Golf Course Architects in 2012-13, wasn't as well known as some of his contemporaries such as Tom Fazio, but to insiders, his work was top class. Golf World Magazine recognized Cupp as its first-ever Golf Architect of the Year in 1992. Many of his public designs receive strong ratings on Golf Advisor.

Based in Atlanta, Cupp's greatest achievements are two premier facilities in Oregon: Crosswater at SunRiver Resort near Bend and the 36-hole Pumpkin Ridge Golf Club outside of Portland. Cupp routed Crosswater along the Deschutes and Little Deschutes Rivers. It held a Shell's Wonderful World of Golf and a PGA Tour Champions major, the Tradition, from 2007-10. Crosswater will be in the spotlight again next June, hosting the 2017 PGA Professional National Championship. Cupp designed Pumpkin Ridge's Ghost Creek Course (public) and Witch Hollow Course (private) to be premier tournament venues. Ghost Creek held two NIKE Tour (now Web.com Tour) finals in the 1990s and four LPGA Tour events within the past decade. Witch Hollow was the site of the legendary 1996 U.S. Amateur showdown between Tiger Woods and Steve Scott.

Cupp's collaborations with Jerry Pate at Old Waverly Country Club in Mississippi and Tom Kite at Liberty National Golf Club in New Jersey became two prestigious private clubs. Liberty National has hosted the Barclays Invitational on the PGA Tour and will host the 2017 Presidents Cup. He also did some renovation work on and near the greens at Augusta National Golf Club in the late 1970s and early 1980s.

According to the ASGCA, Bob is survived by his wife, Pamela Amy-Cupp, their two children, Sengens and Foster Amy-Cupp and his children, Robert E. Cupp Jr., Caren Cupp, Laura Cupp and his seven grandchildren. Arrangements are pending. A memorial service is also being planned for September. 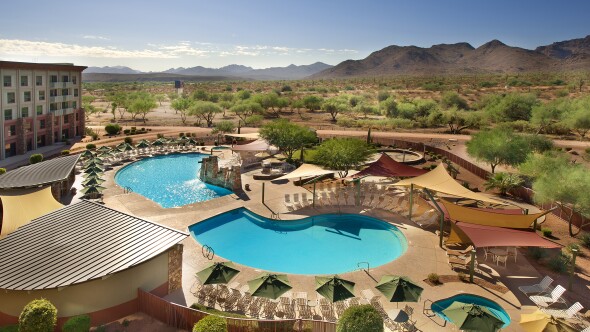 Articles
8 Min Read
Arizona's 25 best golf resorts
It's the world's ultimate desert golf destination home to over 50 stay-and-play options. Where should you stay on your next Arizona trip?

Articles
3 Min Read
Inside the newest (and best?) hang at Pebble Beach Resorts
The opening of Hay's Place beside the new Tiger Woods-designed par-3 course brings a new energy to golf's most famous resort.

Articles
5 Min Read
Kauai: Hawaii's lush golf playground
Kauai has fewer than half the courses of Oahu, Maui and the Big Island, but the quality is top notch.