Summer traditionally isn't the time to buy new clubs or expect new ones to be released.

But when it does happen, it's worthy taking stock of what's working - and what isn't - in your bag. TaylorMade, PXG and Ping have all released some sort of new irons recently. TaylorMade's new utility irons are meant to potentially replace your wayward long irons or fairway woods, while PXG's new irons are more affordable than most of its brand releases. Ping's new chipping iron (more on this in next month's equipment column) could be a game-changer for your short game.

Plus, we share more good news about several other interesting new products in this month's equipment column, including new summer fashions, golf's newest speaker and a game-improvement aid.

Rory McIlroy and other Team TaylorMade pros put the company's new Stealth DHY and UDI driving irons into play during the PGA Tour's time overseas. Available since July 15, they offer golfers an alternative to long irons and fairway woods in two different designs. The Stealth DHY can be considered the more forgiving of the two, with a larger forged clubhead filled with SpeedFoam Air. The Stealth UDI is likely to be a fit for high-speed players who are looking for a shorter-than-driver club they can wield off the tee that will give them penetrating ball flight. Retail: $249.

Love it or hate it, music is here to stay on the golf course. New golf speakers continue to lead the revolution, making it easier to bring your favorite tunes to the course. Blue Tees Golf launched golf's newest speaker, the Player, a portable, magnetic and wireless speaker that sold out its first week. The design team created an innovative 360-degree sound element that provides the same sound quality from any angle. It won't read yardages like the Bushnell Wingman, but the sound quality should definitely win you over. The Player can also be paired with multiple speakers at the same time, including home devices like Echo or Alexa. The magnet makes it easy to attach the water-proof speaker to a golf cart. Its battery is strong enough that you can plug your phone in for a charge. The Player is available at Dick’s Sports Goods/Golf Galaxy, PGA Superstores and at more than 1,000 green grass locations. Retail: $129. 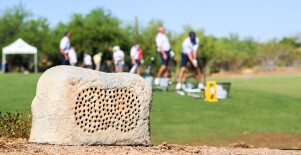 Articles
Music and golf: Can the two get along in harmony?

The popular, Callaway-owned clothing brand is branching into women's apparel with the debut of its new collection this summer. With a casual Southern California look, the pieces are meant to feel comfortable and functional both on and off the golf course. 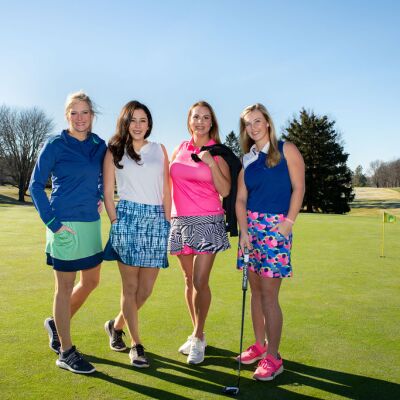 Bob Parsons' PXG continues to subvert most golfers' expectations of how equipment companies operate. Founded as a super-high-end luxury club brand, PXG has gradually diversified its offering not just in terms of golfers' skills, but their budgets as well. Yes, they still make irons that can top $2,000 a set and the most expensive wedges on the main market - the $499 milled Sugar Daddy line - but their newest iron includes the company's newest compound meant to fill and stabilize its hollow-body irons. A 1.5-millimeter thin face also helps maximize distance. What separates the 0211s from the more upmarket 0311s is a more inclusive and progressive approach to the irons, which don't have any of PXG's signature customizable weights and which act more like a combo set, with super-forgiving long irons. The price is characteristically aggressive for this line of PXGs: just over $900 for a seven-club set. The California-based brand owned by John Ashworth continues to make smartly understated golf clothing. Among its most recent releases for summer are shirts that blend soft cotton with just enough performance material to keep golfers comfortable on the course on hot days. A perforated version of their Boardwalker shorts also helps keep things cool.

Want to hit the ball better? Need better feedback from your practice sessions? The new Impact Powder can help. Just spray the powder on your club face, hit a couple shots and let the "truth serum" tell you where you're making impact. A handy brochure called the "Impact Analysis Guide" included with each bottle helps you read the clues. The pattern revealed by the powder can help you make tweaks to your swing path, grip, stance or whatever else is necessary to hit the ball square on the club face. A portion of all proceeds is donated to local PGA sections to fund charitable foundations. Retail: $12.99.