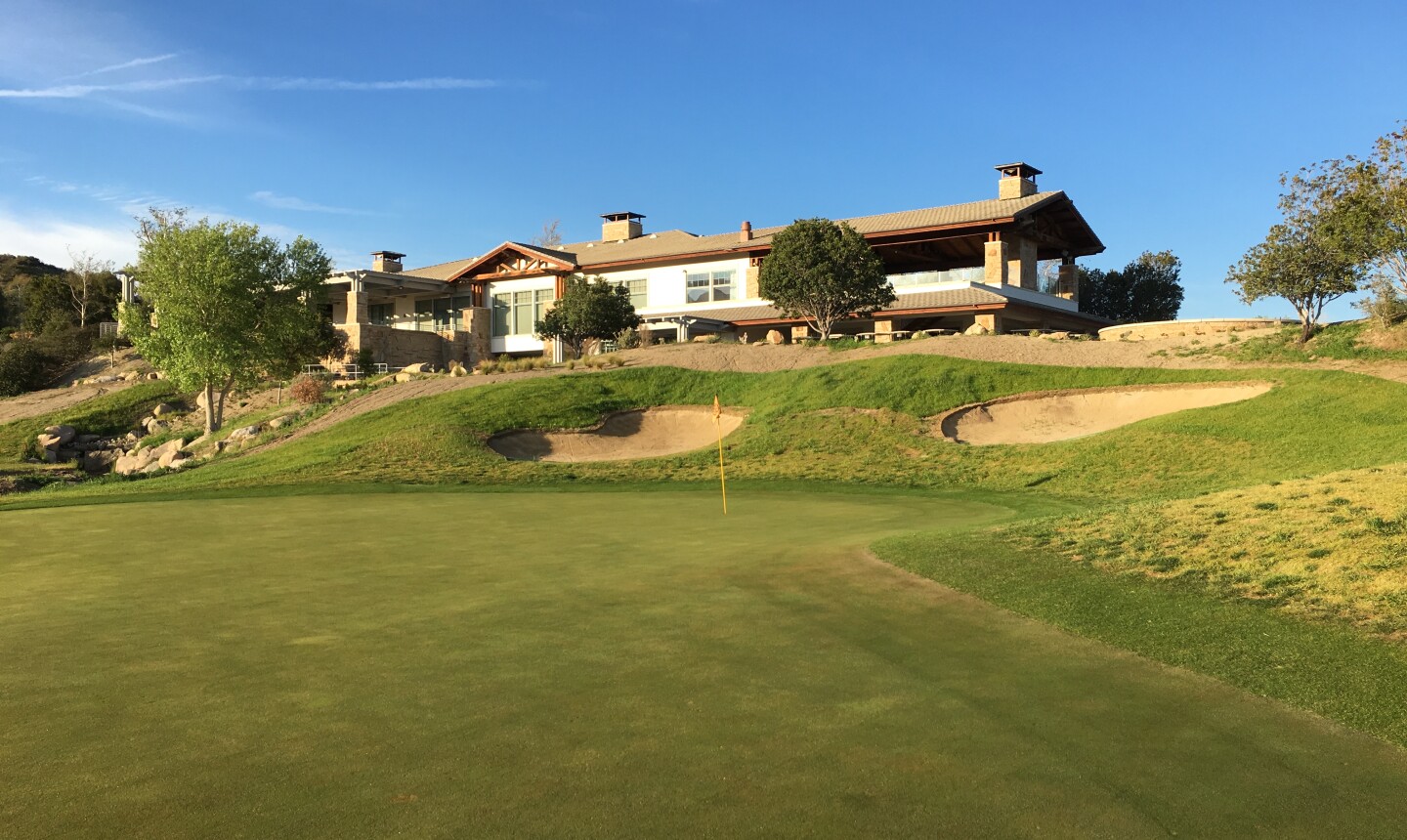 None have destroyed it. Robinson Ranch debuted its new Valley course the first week of March, roughly eight months after the infamous Sand Fire torched 3,300 acres of the surrounding Angeles National Forest in July 2016.

The recent epidemic of golf courses in California that have struggled or closed due to drought makes the comeback at Robinson Ranch that much more noteworthy.

There's even better news on the horizon for Robinson Ranch: The club will revive nine holes of its shuttered Mountain course with plans to reopen it by July. Plus, the new driving range is being upgraded to all turf.

There were times when Robinson Ranch Head Golf Professional Mark Kagaoan joked to friends about Biblical plagues hitting the club.

"Are locusts next?" he wondered.

At the same time, he realizes the wildfire probably gave Robinson Ranch a second chance. Last May, the club shuttered its Mountain course because of the ongoing drought, focusing its water and efforts on the struggling turf of the Valley course. Both are original Ted Robinson Jr. designs.

The renovated Valley course features a new, desert feel. Turf scrapped away in front of tees has been added to landing areas and green surrounds to make a once fearsome course more playable. A fair share of bunkers have also been removed. The fire destroyed tall vegetation that separated each hole and has been replaced by smaller, native plants, trees and cactus, so there’s a more open feeling to the landscape. Construction on drainage ditches and laying more sod is ongoing during this "soft" opening, so the course will need time to mature.

"We get to turn things around and rebrand ourselves," Kagaoan said. "The drought took a toll on us. Our course wasn’t what it was 10 years ago. You could tell by the comments (from players)."

The journey back to opening the course hasn't been easy. A flood from California’s wettest winter in many years washed away sod on four holes in February. Delays in reopening became the norm, but the persistence of owner Steve Kim has paid off. The course still has plans of someday becoming a full resort with a hotel and 27 holes for guests.

"This whole rebuilding and renovating, it couldn’t be done without the love from the owner," Kagaoan says. "He could have walked away. He loved it so much. He is doing whatever it takes to make it amazing."