Why golfers can (and should) putt from almost anywhere

Putting from off the green can save strokes (and headaches) if done properly.

My game has always been unconventional.

The evidence is everywhere. I play two-tone yellow and red balls from Srixon instead of Pro V1s. The square-headed Nike Sasquatch is still the best driver I've ever owned. I eschew wedges for the hybrid bump and run, once hitting the perfect 85-yard punch shot that led to an improbable birdie at Pacific Dunes on my only trip to Bandon Dunes. I recently holed another hybrid from a gnarly lie off the green to shoot even-par at Pruneridge, a nine-holer in Santa Clara, Calif.

And, perhaps weirdest of all, I like to putt from almost anywhere.

A bout of the chipping yips - especially off of tight lies - has forced my hand. Thankfully, I've been putting from off the green for as long as I can remember, so there was no adjustment period to do it whenever possible. It's always felt natural to me. Maybe you should try it. 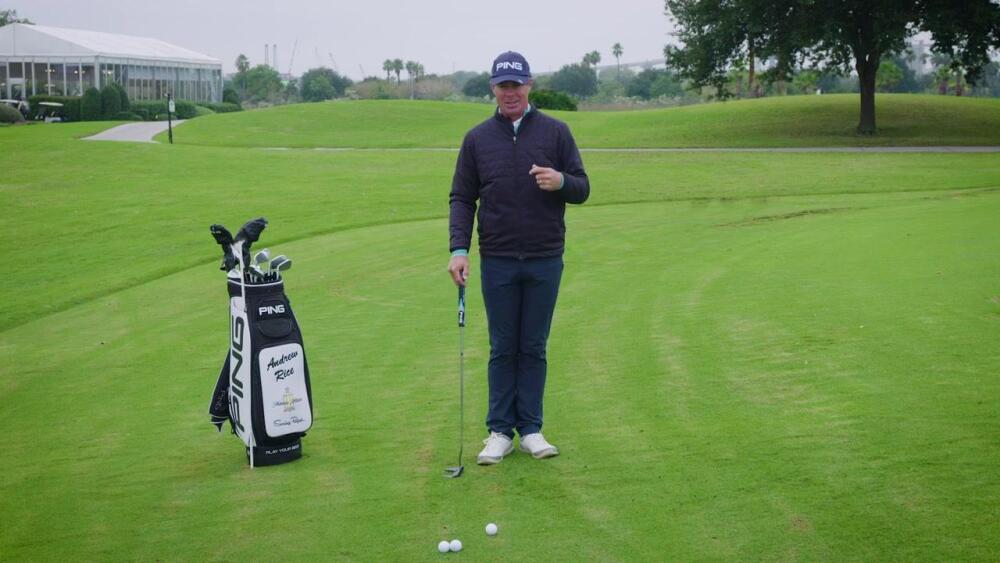 Terms and conditions apply.
I'M ALREADY A MEMBER TRY IT FREE FOR 7 DAYS
Andrew Rice: Putting From Off The Green

Putting the critics in perspective

I cringe whenever I hear TV announcers dump on pros who putt from off the green. I felt vindicated, though, when Jon Rahm choose putter off the 13th green at East Lake during the second round of the Tour Championship.

"I don't know if I'm in love with this (club selection)," Roger Maltbie admitted.

"That ball rolled so smoothly through the approach (apron)," Justin Leonard exclaimed. "That's Bermuda grass, too."

On the 18th hole two days later, Rahm elected to chip, instead of putt, through a heavy collar for a chance at eagle to force a playoff with Patrick Cantley for a shot at the $15-million prize for the FedEx Cup. He missed. The wrong choice? Maybe.

Although the pros are good to emulate and admire for their full swings, most everyday golfers shouldn't try half the shots they do around the greens. The percentage play for many of us is get the ball on the ground as quick as possible.

Dave Pelz has created an entire scoring game school built around the premise that average golfers should chip with an 8 iron. It's the same concept as putting from off the green. Don't try to hit delicate chips that can be chunked, bladed or duffed. I tell my playing partners, all relatively new golfers, to think of it this way: "What's going to be worse? A bad chip or a bad putt?" The bad putt will be on the green somewhere. A bad chip can end up in the woods, a bunker or water hazard if hit poorly.

Tips for putting off the green

Even the great Jack Nicklaus swears by using the putter from everywhere. In a video on GolfPass, he shared that Arnold Palmer taught him how to putt from off the green during a practice round in 1962 in Palm Springs, Calif.

"Your worst putt will be just as good as your best chip," he said. "You may chip it closer sometimes, but you're not going to hit the ball very far from the hole with the putter."

Putting from off the green from certain lies feels like a no-brainer. The aprons around the greens at the Inverness Club were so tight for the 2021 Solheim Cup that players regularly putted from off the green. The same theory holds true for links golf. The bouncy turf and the fact that many of the greens were designed to receive approach shots from the ground allow for putting from anywhere.

Where things get tricky is if there's more grass or more slopes involved. If my ball ends up on a shaggy collar or in a shaved-down collection area - two completely different lies - I'm putting it 95 times out of 100. The tendency is to leave these putts short, so I've learned to give it a little extra to get it through the longer grass or up the swale. Like a chip, it becomes a feel thing that can be conquered with practice and experience.

Now let's say your ball has nestled into some rough a foot or two off the green. I'll either bunt it with a hybrid or putt. I'm not chipping it if ...

a, It's downhill and slick.
b, There's trouble on the other side of the flag (a bunker, water or even a large ridge in the green that will send the ball farther from the hole).
c, The lie is so suspect that I can't judge how the ball with react. The putter is the lesser of all evils.

One thing I've never tried, however, is putting from a bunker. Apparently, it can be done, even on Tour!

📂 File this under: Things you don't see often on TOUR@RyanPalmerPGA elects to go with putter out of the bunker. pic.twitter.com/fcjf7evR9o

Putting from off the green is a learned skill just like chipping or bunker play. It takes practice and confidence to pull it off. It may or may not fit your style of play, but it's worth a try. Don't believe me? Maybe you'll listen to Jack.

"I always do clinics, and people always ask me 'What would you do (with this shot)?' I tell them I would putt it 11 times out of 10," Nicklaus said.

How often do you putt when you're off the green? Let us know in the comments below.

Anytime I can have the putter in my hands it's in them. I've been playing for 55 years, and still consider it the best club in the bag.:)

Anytime I can have the putter in my hands it's in them. I've been playing for 55 years, and still consider it the best club in the bag.:)

Interesting instructional article. Andrew Rice adds quite a bit to this; he's one of the best on-line authorities and his advice is clear.

I'll agree that putting generally beats chipping provided that the fringe areas are cut smoothly and play fast enough. As a general observation, I see too many golfers hitting down on chips, when instead they should chip like they putt. Even on more lofted pitch shots, the angle of attack should be virtually flat. With bounce, there's simply no need to dig. Once golfers master this technique, hitting pitches consistently is all but guaranteed. I come in on a flat angle even in heavy rough, and it works well.

You sound like a creative player around the greens, always willing to modify you're technique if a change helps. And that makes sense.