Some U.S. cities have frighteningly few public-access courses for its residents. If you like variety, you may not want to live in these metros.

I often wonder how my golf life stacks up with residents of other cities when it comes to the local scene. If I were to relocate, would my life immediately fill up with better, cheaper golf and more often?

Apparently I'm not alone. Our top-read article published in October was an analysis of the best big cities for golfers in terms of golf course supply for its residents. We looked at which metro areas had the most courses per capita, which is a good indication of the variety and value available to local public golfers.

We received some feedback on the article and one of the notes I received in response was a reply on Twitter:

@BrandonTucker read ur 10 best big cities 4 golf article n golf pass email. Somewhat surprised that SA area wasn’t mentioned. I mean the course at gvsu isn’t really in Grand Rapids so the metro area should count. Have you ever played in San Antonio?

But it turns out, other cities proved to have more supply for their locals. And by one metric, San Antonio is actually in the bottom ten (much to my surprise, I admit).

According to our course guide database there are only 36 golf courses within 30 miles of San Antonio's center and on a per-capita basis, its 71,060 residents per course (via 2020 census figures) rank it 48th out of the 56th metro areas in the country with over a million people. That's because while the northern suburbs are pretty well built up and stocked with golf, there is much less golf to the east, south and especially west of the city.

It'd be tough to call San Antonio a bad golf city for residents, though. The city's Alamo Golf Trail, as well as military golf courses at Fort Sam Houston and Randolph bases make it reasonably easy for locals to find affordable golf. A collection of resort courses make for fine staycation splurges as well. That said, the market has seen a handful of closures over the past decade (including a couple popular public courses: former PGA Championship venue Pecan Valley and The Republic). In terms of just overall choices, it has 11 fewer courses than its neighbor Austin just up the road despite having about 10% more residents.

Last month, I showed you the metros with the most courses per resident. Now it's time for the least. If you're considering a move and a variety of golf is a big deal to you, these cities leave quite a bit to be desired.

There are just 14 available golf courses to play in Fresno, eight of which are public. Three of these eight are 9-hole executive or par-3 courses, and another, Selma Valley, is just 5,300 yards. I suppose that's good news for beginners looking to learn the game, but avid golfers probably need to join one of the better local clubs or take a few road trips to the Cali coast each year to get their fix.

A better neighbor? If you're a golfer who must live in the valley, you're much better north in Modesto (28 courses). Bakersfield has 11 courses but about half the population of Fresno.

The Big Easy has a tiny golf scene with just 14 courses within 30 miles, 9 of which are public. It's wet and swampy on the bayou, and it seems like major storms pass through regularly, which has helped lead to some contraction in the golf market, including the closure of Bayou Brierre and Brechtel Park (City Park turned 36 holes into 18 after Hurricane Katrina). Sure, there aren't many options, but there are some notable courses within the city and the local golf industry makes the most of it. I think it makes for a great weekend golf trip when combined with all the attractions and cuisine New Orleans has to offer. | Ultimate Itinerary: New Orleans

A better neighbor? There are 21 golf courses in and around Baton Rouge, which has less than a quarter-million residents.

Seattle is a coveted metro area that has grown rapidly over the last several decades thanks in part to Starbucks and Amazon and Microsoft. But golf supply hasn't followed suit. While there are some really good public courses, there are just 54 total golf courses within 30 miles and only about half are public. Its geography certainly doesn't help, as the metro area has islands, the Puget Sound, Cascade Mountains and the coast (although it sure is gorgeous, we admit). | Seattle's best public courses

A better neighbor? If you're thinking about a move to the Pac NW, you might be better off in the Rose City. Portland has a little more than half the population of Seattle but nearly twice the courses. There is a tidy municipal system, along with some very good semi-private courses and even some very good regional resort courses in the Columbia River Gorge that straddle the state border.

Somewhat similar to its gulf coast neighbor New Orleans, Houston has experienced some disastrous recent weather events, which has led to the closure or contraction of numerous golf facilities. There may be 82 courses within 30 miles of downtown, but when there are more than 7 million residents, it's no wonder Memorial Park is one of the toughest tee times to get in public golf. Houston also has a comparatively high percentage of private clubs at 48%, so it pays to be a member somewhere. | Top 10 Houston Golf Courses

A better neighbor? If you're one of many Americans considering a move to growing Texas these days, the golf market is most favorable in Dallas-Fort Worth (although I'm sure none of the residents in San Antonio, Austin or Houston would trade climates). There are over twice as many courses (170) as Houston despite a pretty comparable population. And the thriving muni scene across the numerous municipalities in the Metroplex is growing in legend thanks to so many ambitious 21st century renovation projects.

It's little surprise that America's three most populous metro areas all rank among the lowest in terms of golf courses per capita. But these numbers might be a little misleading due to the socioeconomic factors of these massive metros; the percentage of golfers within the population are likely much lower than the U.S. median. New York City has quite a few golf courses: 118 within 30 miles, but only 48 are public, giving it the worst public percentage of any U.S. major metro by nearly 10% (Atlanta and Seattle are both hovering around 50%).

Chicago has the most gross number of public courses available of the three with 86 and the highest percentage of public access (75%) but its golf season is the shortest. Los Angeles is the most favorable for golf with 134 courses within 30 miles, 65% of which are public. L.A. also has the largest municipal golf offering of the trio. And its weather, of course, is better than pretty much anywhere.

So to answer your comment about San Antonio, Michael, the city would be among the best when it comes to the size of municipal and resort golf, but that's not the whole story. It might benefit from more daily-fee and private courses to truly offer an abundance of golf.

Have golf and travel question for our experts? Ask them on Twitter using #AskGolfPass. 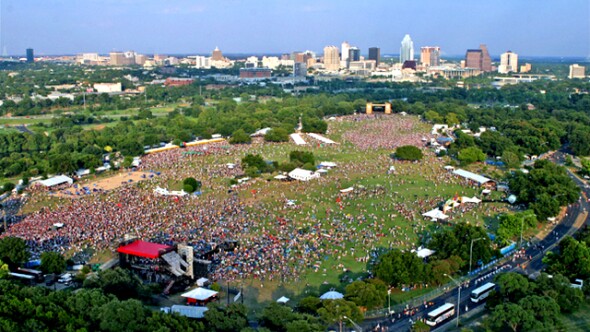 Articles
7 Min Read
Great golf near the bright lights: 10 great big cities for a trip
Here are ten of my favorite big cities in the U.S. to combine both one-of-a-kind urban experiences (or perhaps a bachelor or bachelorette party) with some great golf in the morning -- that is if you can get out of bed.