Variety of shots needed. Some wonderful holes. A few par 3s are beautiful.

Great course. Always like playing here. Greens had just been spiked and sanded so ball roll was a bit bobbly on most greens

The course itself was in good condition, greens were free from surface water given the weather over the past few days prior to playing. Greenkeeping staff were very rude and held us up when playing which as a result held up the others behind us too, which was of frustration to the following groups behind them also. We were playing i believe it was the 7th when the green keepers came down the middle of the fairway while we were in position to take our shots. they then preceded to cut the grass around the green which in turn held our 3 ball up and as mentioned the groups behind also. We hit our shots when they were to the side of the Green(not mowing at this point) and finished off the hole. Now instead of moving onto the next hole while we were putting they stayed watched us putt our balls and then as we were making our way to the next tee box they sped off in front of us and went to mow the next green. With no sight of danger we hit our balls to the green (all 3 shots of out party) to which we were met by 1 green keeper in particular where he then said that we would be removed from the course if we were to hit towards the green while they were in the vicinity. I pointed out that if they had moved on instead of watching us put there would be no issue and therefore a more streamlined approach for other groups as there would be no bottle necking with players waiting to play.

This has put me off playing here in future as most local courses in the area allow for players to have the right of way if you will when on the course as this allows for the speed of play to be free flowing and not a stop start approach.

I hope they have looked at this and rethought their process as the group behind were very annoyed to say the least about this as were we during the 'confrontation' from the green keeper.

Course is looking and playing great

I've played this course multiple times and you just see it getting better and better each time.

There are new owners if the restaurant and bar and I came off the course to enjoy a pint and a lovely hunters chicken burger.

Great course, but I was playing in a two ball and the three ball in front of us left us standing on the tee from hole 4 until hole 15. They would look for lost balls for over 10 minutes and it weren’t until hole 15 that they finally called us through. Maybe we would have enjoyed the round more if we were waved through a lot earlier.

Lost a lot of balls in the fairway...

Grass was quite long in places, lots of holes and ruts - but mainly, many boggy areas where balls just sank out of sight. Quite frustrating to hit good shots on the fairway and lose the ball. Bunkers were all in a shocking condition. Quite a tough walk too. Greens in decent, consistent condition. One of the members was practicing his putting on the 18th green prior to teeing off, and did so for at least two minutes whilst I was stood on the fairway preparing to play my approach shot - and finally walked off without even acknowledging that he'd held me up for so long. All a bit "amateruish" unfortunately.

I played on what could be the sunniest day of the year. Would recommend playing here, it's a good challenge. Staff were very frIendly and helpful, will certainly will be going here again .

Bar was closed as their was a function on in the evening- didn't quite understand why it should be closed?
Small greens - great to putt on. Some areas very wet and balls plugged on fairways.
Interesting holes with a lot of blind tee shots
Overall good value

I played this course many times over the years and it was in very good condition and well worth the green fees..i played there with a couple of friends on may 2017 and was very disappointed with the condition of the golf course.not one decent green to putt on and fairways mostly uncut with over grow grass around the bunkers.The fairway white and black guidance poles are located in the rough and leaves you with no idea which direction or fareway to aim for.seems like the members of the cource have a understanding not to rake any of the bunkers and not encourage people to play on there course.we teed off on the first hole and got back to the clubhouse to play the 13th hole to find that three groups of four ball had just teed off and were more than happy to keep us waiting.i though that we would have priority to play through but im unsure what there rules are.after the 15th hole we gave up and left the course.endind summary,,
Great location to build 2000 houses on...

This was my first time at this course and it took a few holes to get used to the slopes on the fairways and greens, also they have not had any rain for a while so the greens and fairways were quite firm ( great for run on from drives etc but extremely difficult to keep approach shots on the green.)however I found this aspect of the course really a good challenge to overcome, having to use more bump and run shots than I normally would.
If you like a challenge to your golf game I would highly recommend playing a round here.

Impulse decision a good one!

Such a beautiful sunny day, we decided to delay our journey home and play golf.
We were warmly received in the pro shop and received friendly relevant advice about the course, which we were visiting for the first time. My wife, a relatively new player benefited from the fairway run, especially the holes back downhill towards the clubhouse. A couple of blind drives ended with a fruitless search for my golf balls, I will know better next time! Greens were even paced and enjoyable. Course set in spectacular surroundings, what could you not wish for on such a day.
Very good value for money.

Played glyneath several times before and it has always been in decent nick. It appears that no work has been done on the course of late.

Greens are in need of a cut and desperate need of a good rolling.

Fairways were ok, but need a cut to remove the daisies.

When we arrived there was nobody in the pro shop or club house to book us on, so we just went out regardless.

We paid a special rate of £12 per player. The usual rate was £30. If we had paid this usual rate I would have been kicking the door down to demand my money back

Well worth the money. Greens had just been cut and rolled so were excellent for this time of year.

What a find this place was! Very friendly reception on arrival, and nothing was too much trouble. The course played very well considering recent heavy downpours, no temporary tees or greens, and only the odd soggy patch between them on a couple of holes. The fairways and greens are very well maintained, and the layout does test your mental game as much as the physical. Opting for accuracy over power on numerous holes proves the wisest choice, as while it's well cut, the 1st cut of rough is thick and can ruin a score. The bar afterwards was welcoming, the staff and members friendly and chatty, and if the aroma of food was anything to go by, the Sunday carvery should be a must! Will definitely be returning to Glynneath soon for another round on this wonderful track, and to sample that carvery! 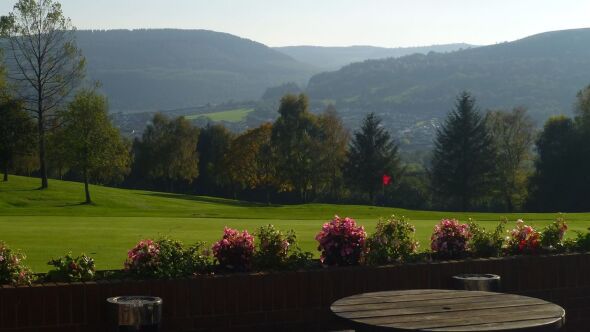 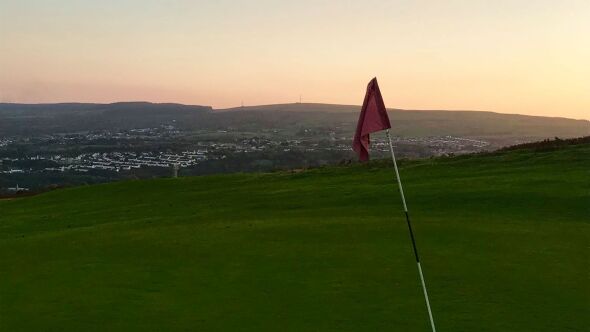 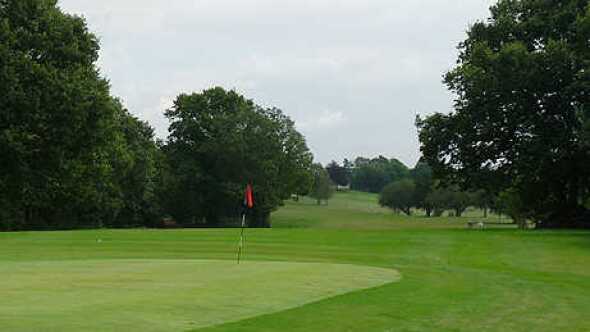 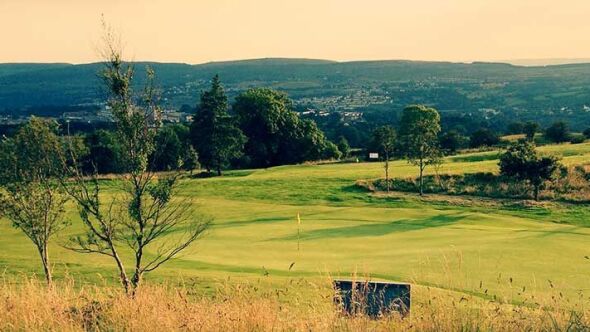 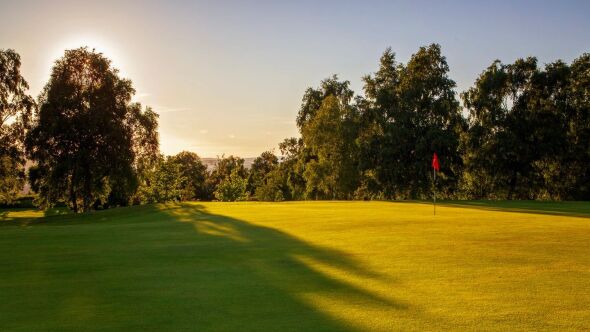 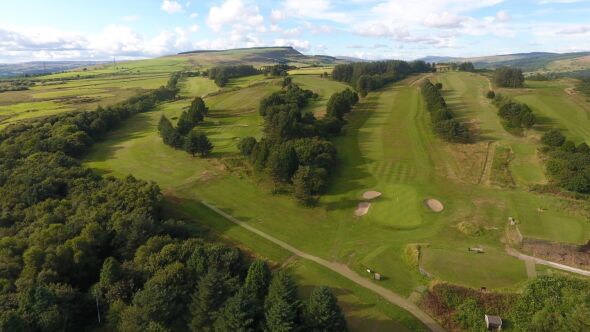 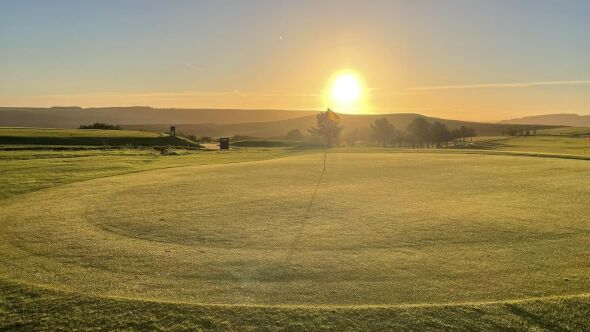 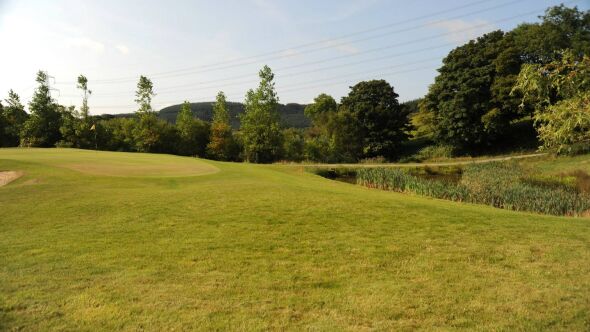 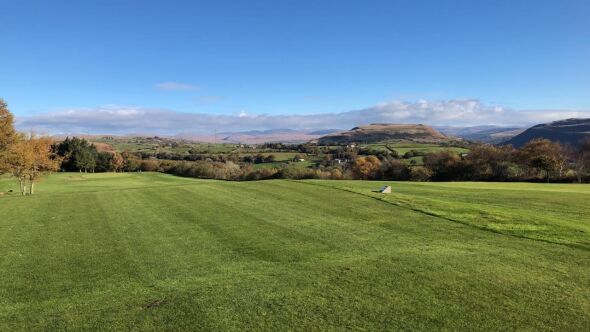 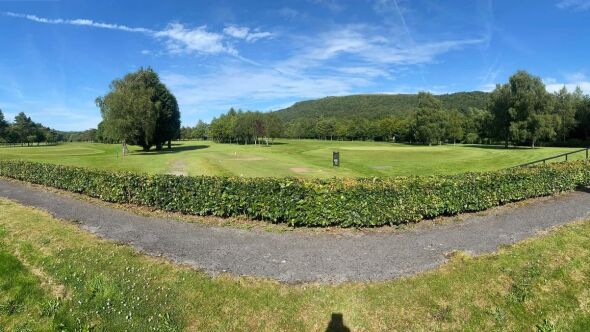 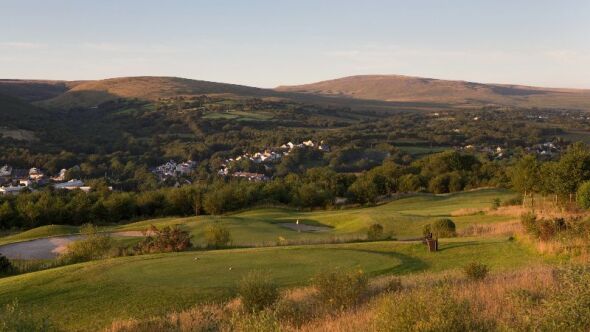 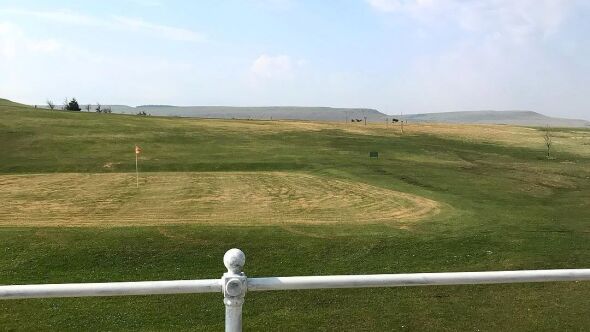 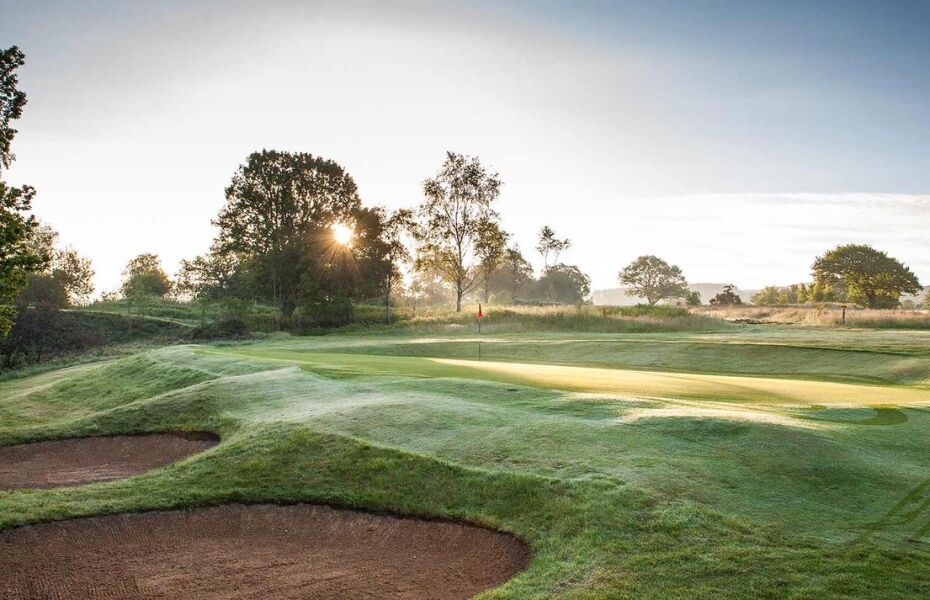 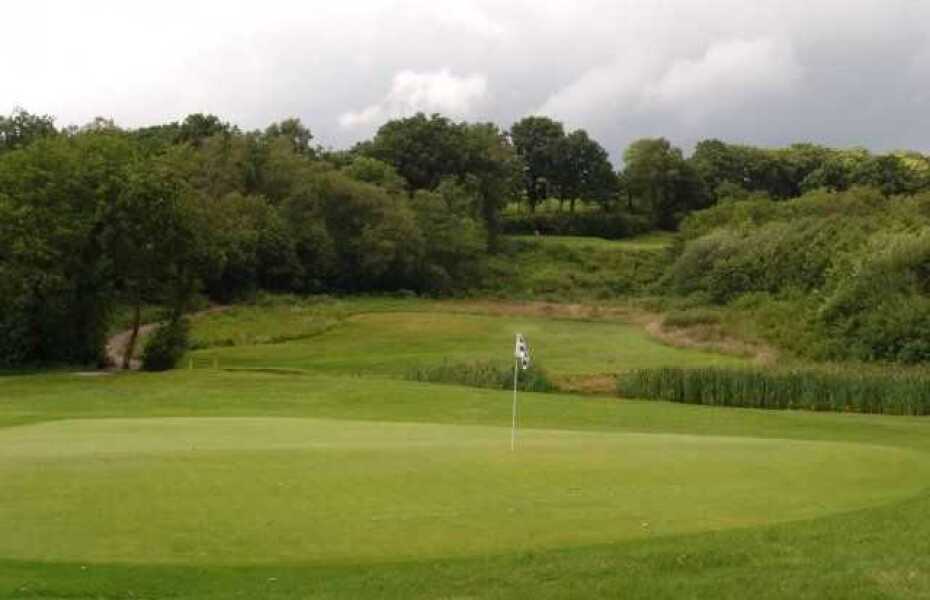 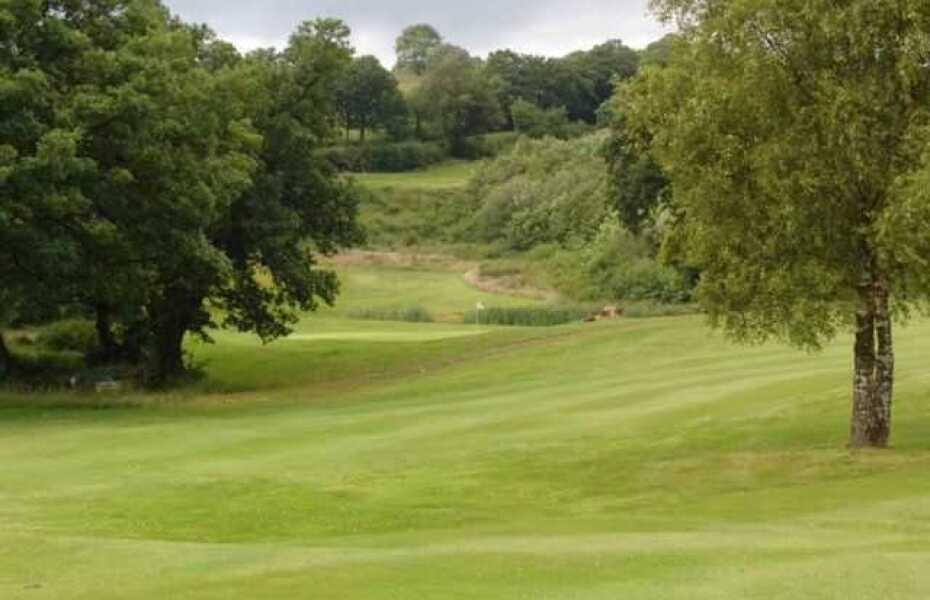 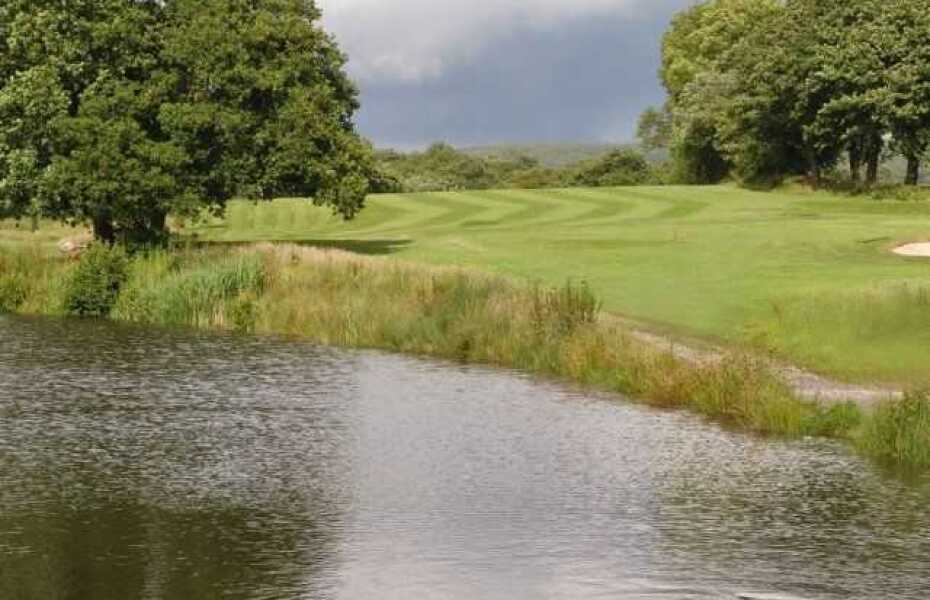 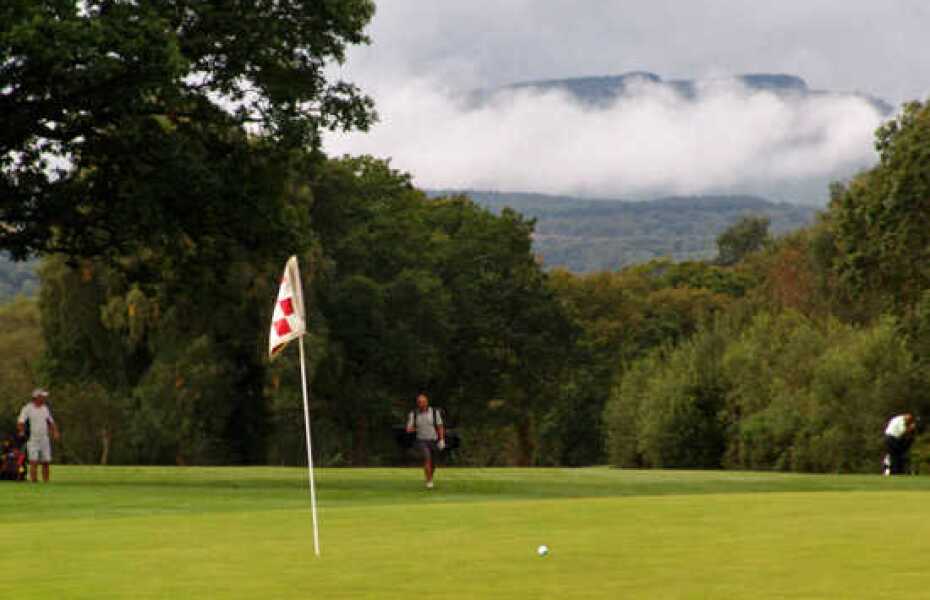 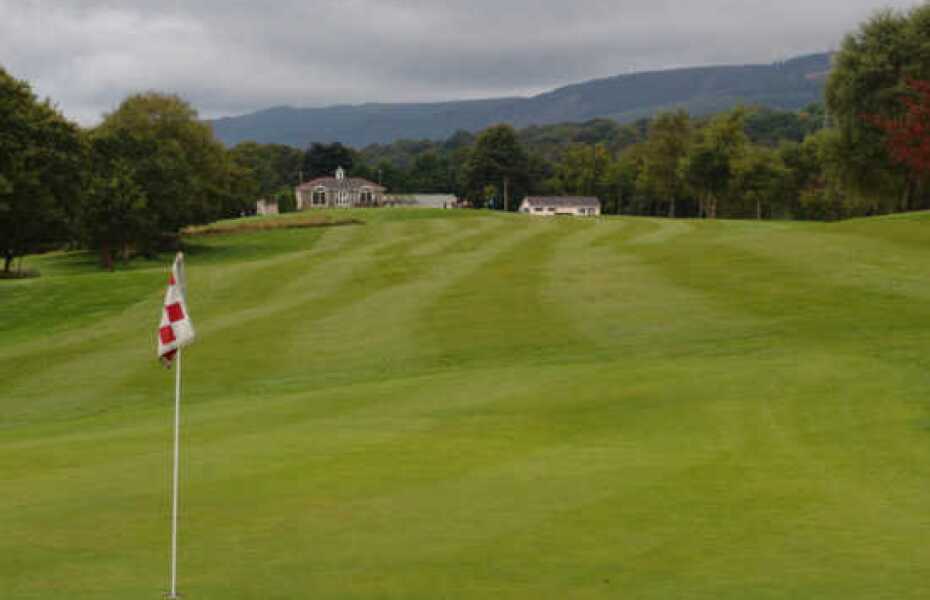