The 19th Hole is Great For:
Drinks 11
Course Challenges Include:
Water Hazards 14
Bunkers 10
Elevation Changes 10
This course/club is great for:
Wildlife/ Scenic Views 17
Locals 15
Advanced Golfers 9
This Course's Location is:
Worth the Drive 15
Convenient to the City 7

Course Closed and Will Become Housing

This is a very sad loss!! One of my favorite courses to play in the Hampton Roads area . Course had an amazing layout with terrific water views and numerous holes along the River. Pace of play was always a problem, but, it was usually busy when there.

Played for the first time last year and was told that they were shutting down soon. Surprisingly saw a hot deal time open and booked, even though it was $10 more than our other options. It is a beautiful location with a wonderful clubhouse. It is unfortunate that the bunkers and greens are not maintained to playable conditions for the cost of the tee time. All bunkers were more clay then sand and some had weeds and grass throughout and more greens had bare spots then not.

As mentioned, this course is located on beautiful land and if maintained would be a steal for the price that is charged on GolfNow. I don’t like leaving bad reviews, but I can see so much potential while playing at this course that it is hard seeing it fall apart.

It seems that Nansemond River will be closing. Played there in spring and the pro advised they would close. The adjoining neighborhood doesn't support the course at all. It is a very nice layout with a hand full of holes adjacent to the river with fantastic views. They closed the old 1st hole and input a makeshift par 3. What I love about the place is when you go it is like it is your private oasis. And that is the problem. For me as I walk mostly...They don't offer a walk rate. So I go to Sleepy Hole and Suffolk more often at a better price and although I prefer this course, it's 10 bucks more and the greens are sketchy on a few holes. BUT...Play it while you can before it closes....

My favorite course in the area. Tom the Pro is amenable.

Course going to the pits

I tried this course, instead of my home regular... Seriously, don’t waste your time or money here unless you’re looking for a costly place to practice. You won’t have to worry about pace of play, because there isn’t many other golfers. The course is currently going through re-management and sale. It has also been re-engineered/developed to accommodate new house construction. So much so, that my GOLF BUDDY GPS did not identify some tee box placements. It has no range to speak of. Simply a patch of field between some houses, that you can only hit irons on. However, the turf would not even qualify as rough. Many greens have been lost, and have limited pin placement options. Even the fairways and tees are beginning to accumulate weeds, and many sand traps are devoid of sand. When I finished my round, I asked about the disrepair and was told the closing on the property had been delayed, and the previous management had prematurely sold their equipment.
This probably once was a well designed and managed course, but it remains to be seen what it’s future will be.
Truly a sad sight.

This used to be one of the best tracks around. Now, it’s a pit. They’re spending the bare minimum on maintenance and it shows...Sedge everywhere. 4” weeds on the tee boxes. They’re not even mowing every other day. Sad and a real shame. Course is in a downward spiral and I suspect it won’t be around in 2 years.

first time ever playing this course as we like to change it up a little. Score cards had not reflected the holes. Bare spots everywhere and its been the warmest winter on record. To be on the water and not showcase that was very disappointing. Lets not forget the Skeet shooting range on the water that sounded lie the fourth of July on the back 9. then on the 18th tee box, a sprinkler came on as we were about to tee off. not watering anything that meant anything. should of been watering the fairways. The worst course i ever played on. Its sad that Gloucester Golf course was in better shape than this one.

I was quite let down with this place. I had heard it was decent but I can't imagine ever calling it decent. I accept that it was winter time and had rained a few days prior to playing. But it really was in terrible condition all the way around. Wasn't impressed by the layout either. A few decent holes towards the end. Multiple tee boxes with no markers anywhere. For the price on a slow Monday afternoon in the off season it was definitely not worth the money. Doubt we will go back. Much better options close by.

Once on of the best courses in the area now to the bottom of the barrel. They took away the range to stuff in even more houses. So then they had to take out the first hole and made it into a make shift unusuable wedge range range. Now the course is short a hole and starts with a par 3. They took a par five on the back (the one with the cool duel greens) and turned it into 2 holes by adding a par three which basically tees off from the fairway of the par 5. All this Frankenstein action has turned it into a par 71 from a 72. So then the took a par 4 from the front and decided to just call it a par 5. Seriously. On top of all that, conditions were horrible. Just save everyone the frustration and disappointment and dig up the whole course and keep putting in more houses. Never coming back. I feel sorry for those people who bought a nice house on this course long ago. What a money grabbing disaster.

I understand the golf business is hard, especially after the Great Recession. But man, selling off the driving range here to build terrible houses? Just sell the course and be done with it. Now, what had been the premiere layout in South Hampton Roads is just a really long dog track. I drove out to play a couple of weeks ago and found temporary greens all over the place and no evidence that the course was even trying to maintain itself. This had been my favorite track between Williamsburg and the Eastern Shore for a long time. It makes me sad that I probably will never bother going back there again.

Will be ready soon!

Holes are being changed up, and #1 taken out thus far. If you use free gps apps, they will likely be off for a while.

The course is one of my favorites ever under $50, follows a great river setting and rolling fairways.

Compared the course we played that was nearly twice as much the day before, this course was in better shape!

Nansemomd is evidently a native American term for "waiting to hit." At one point on front nine, 3 different groups were lined up at tee box. When I asked the marshall what the issue was, he said everybody teed off at same time....as if that isn't the starter's responsibility to prevent. Marshall didn't seem to encourage slow groups to speed up. At one point, the marshall picked up a partner's ball that was in play by green....handed it to player and said it was lying over there. Wow. Range was demolished. Every hole was cut to front, often 3 paces on. Some pretty holes but I vow to never play this course again. Way too slow.

Greatest bang for the buck. I played for $15! Love the course! Love the deal!

I enjoyed pkaying Nansmond River Golf Course. Fairways were plush and the greens rolled fast. One of the better courses in the area.

I don't like to give poor ratings to courses given all the challenges it takes nowadays to run a course, however, the course is not being maintained compared to a former standard it had years ago. Simply, there is no green grass on the fairway or rough. The course was very dry, dusty actually. Sure it helps the roll but honestly, I prefer not to hit off hard pan. The greens were much better than the fairways. I'd rate them as above average. I play many courses in the area and found this to be in worst condition of them. The layout is challenging enough. But you can find much better conditions within 20 minutes of this course. I hope it improves, but will not play it, till I see a better review.

course has nice layout and nice views of the river

Played in early Spring, so fairways were not great, but course was very nice - I plan to go back when the grass comes in. 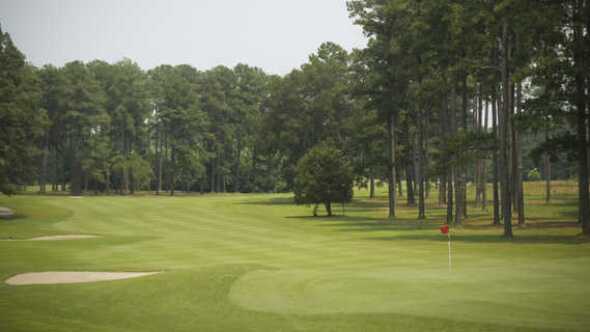 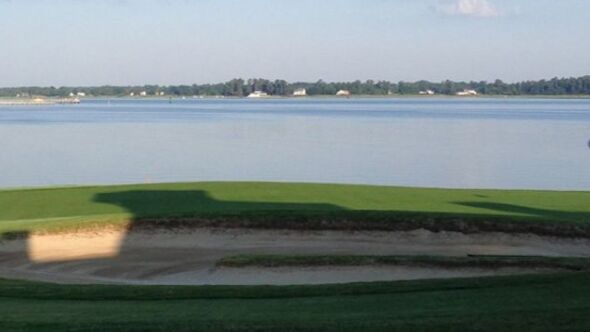 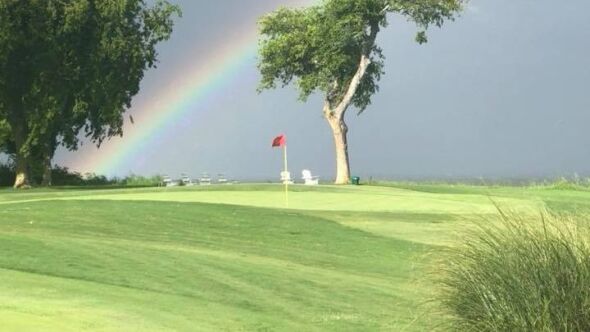 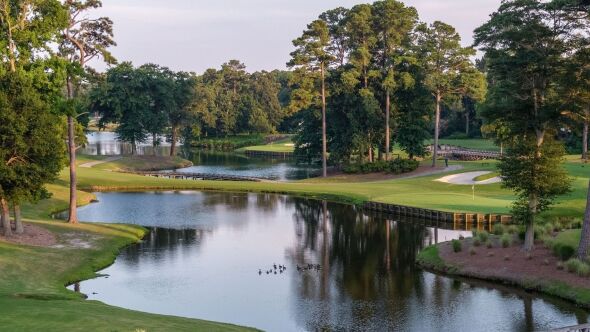 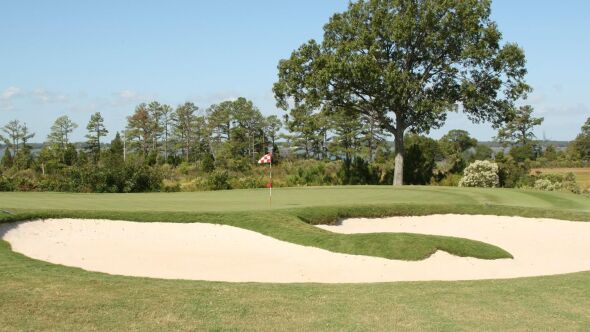 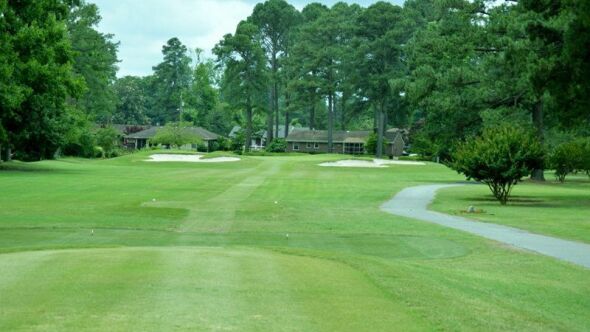 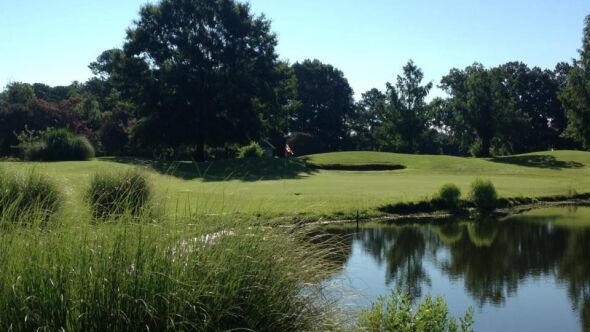 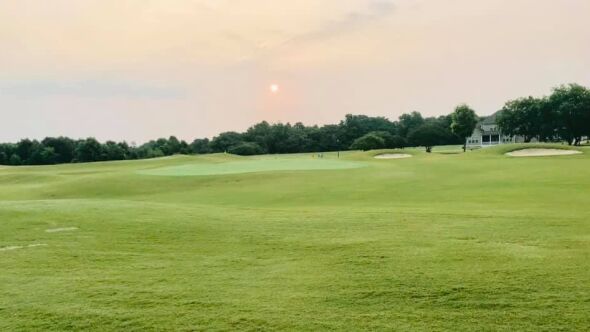 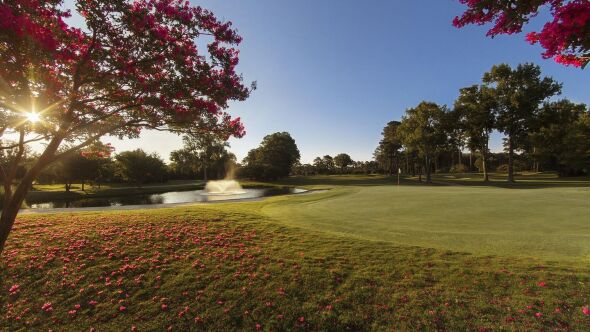 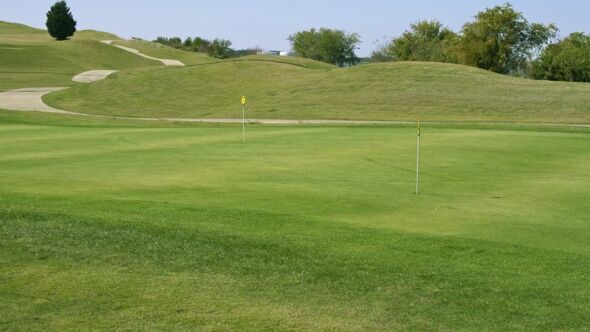 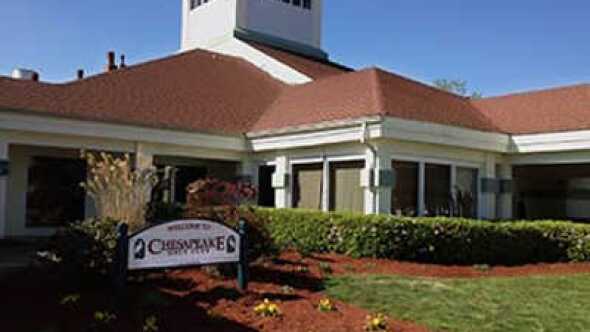 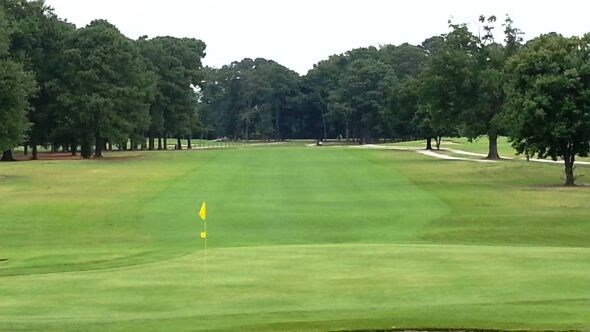 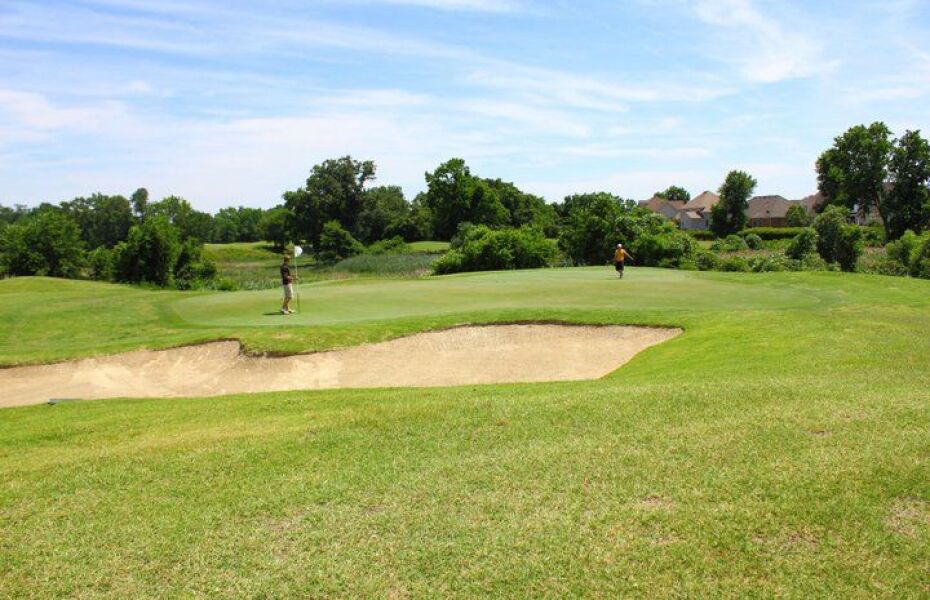 A view of hole #4 at Nansemond River Golf Club 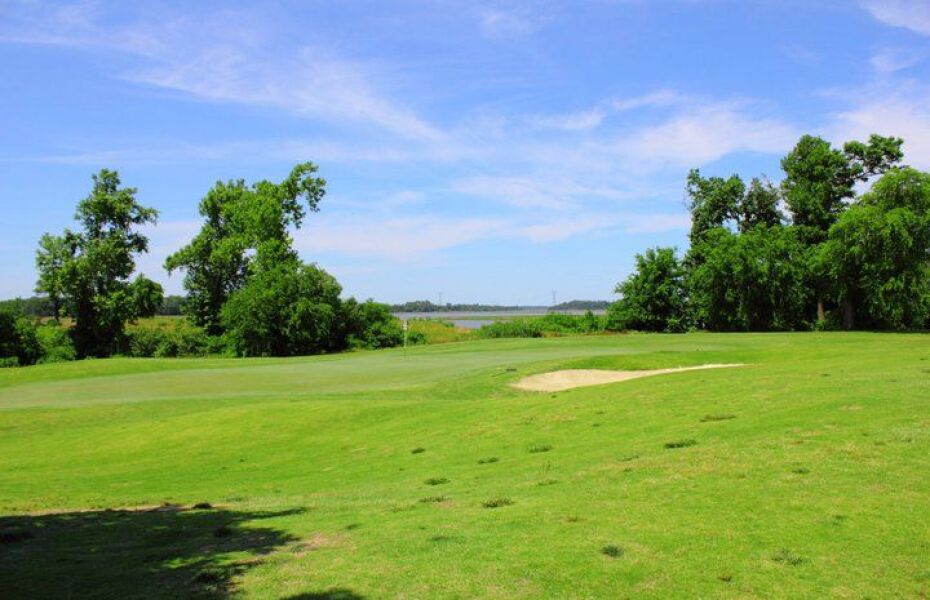 A view of green #3 at Nansemond River Golf Club 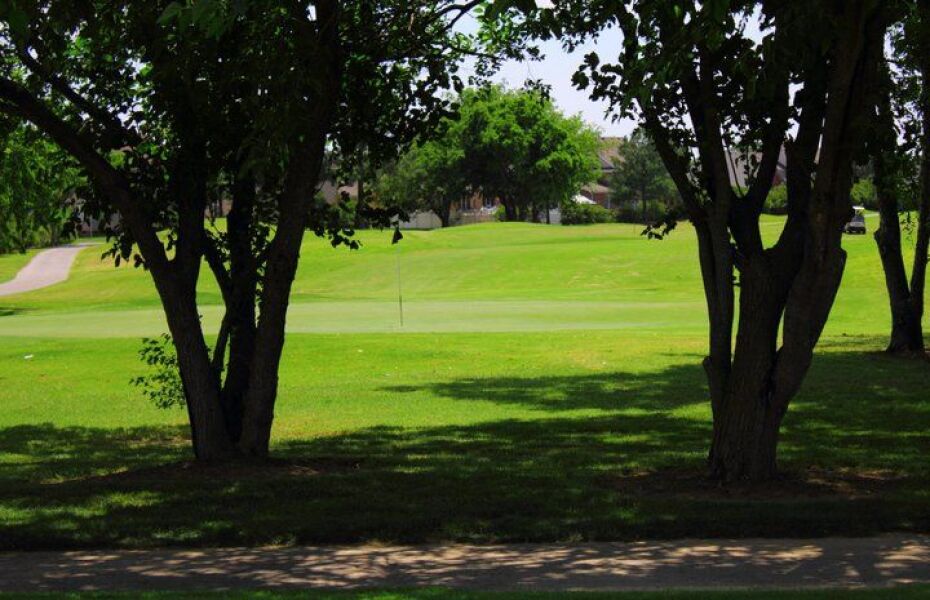 A view of the 1st hole at Nansemond River Golf Club 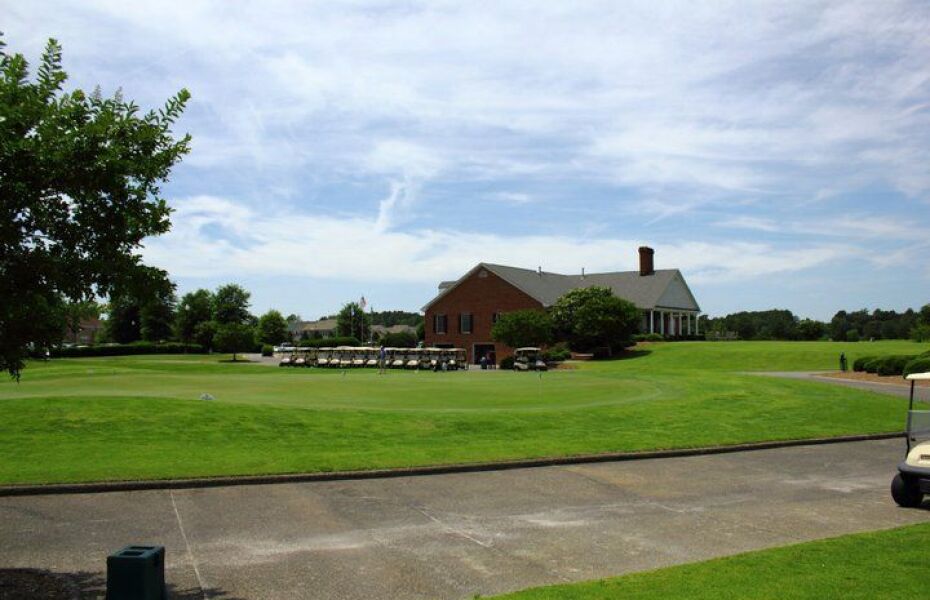 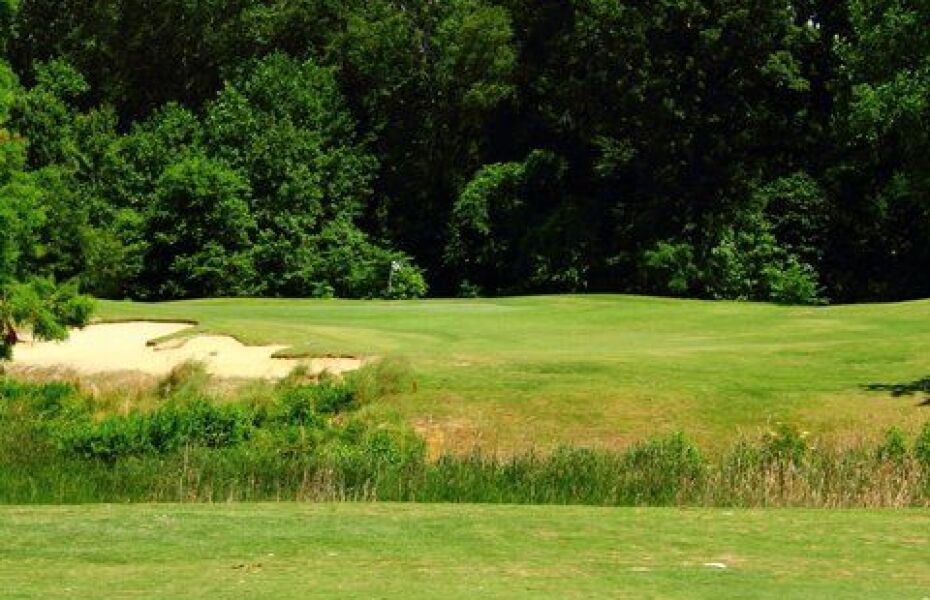 A view of fairway #5 at Nansemond River Golf Club 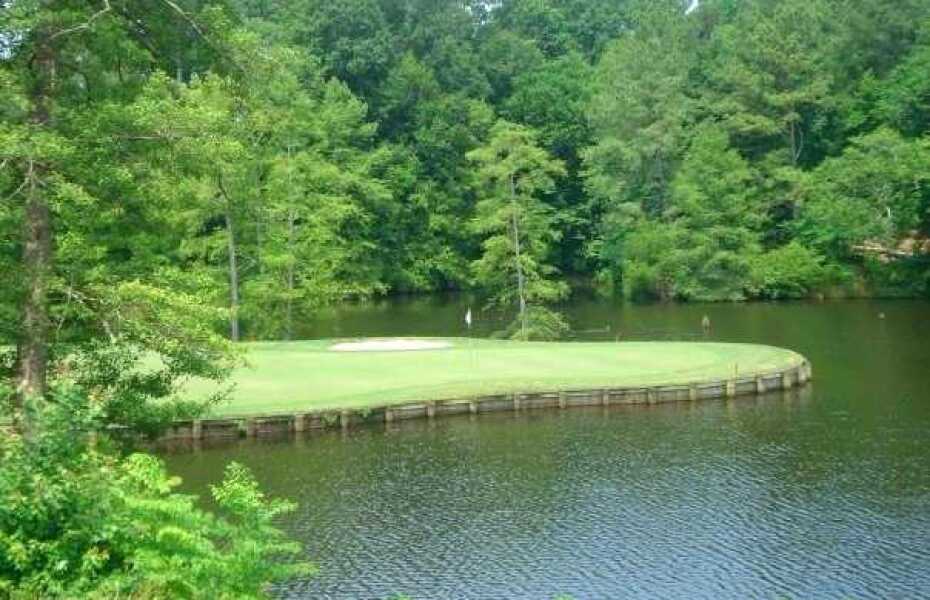 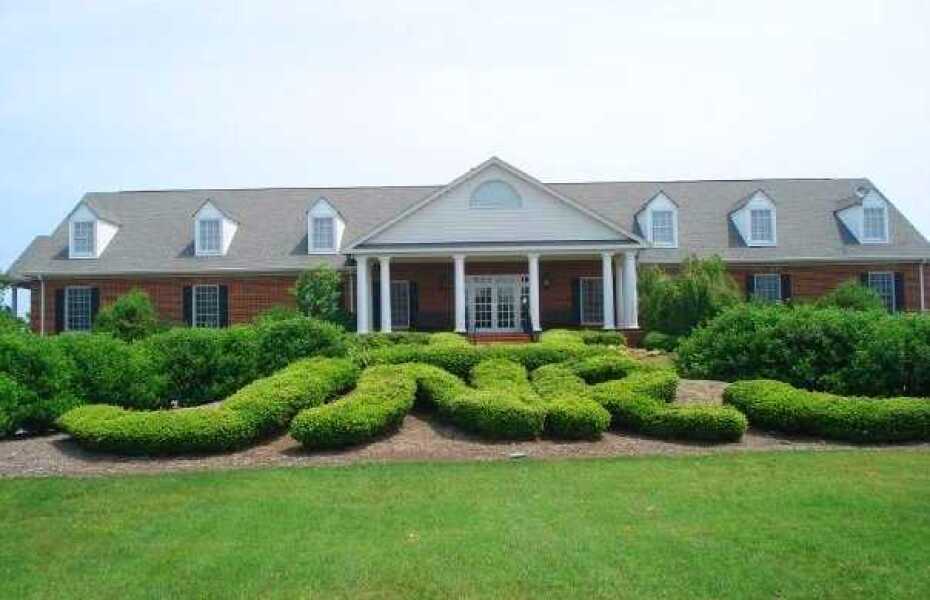