This course used to be one we'd visit regularly. Having visited today, I doubt we'll visit again. Greens in terrible condition. It's as though nobody looks after it and they're just waiting to go out of business. The only positive was the pace of play - there was nobody else on the course so we played at our own pace.

Pleased to walk off the 18th

Sorry, but there is absolutely nothing about this course that would entice me back. Half of the greens had no flag, members of the public/dogwalkers appeared out of nowhere walking across fairways AND greens, greens in an absolutely shocking state (like putting on a pinball machine), fairways and semi-rough indistinguishable, no clear directions from green to next tee, too many blind holes. It's very rare that I'm pleased to finish a round and get back to my car - but this was definitely one of those occasions.

Shadow Of The Course It Once Was

Not worth the money or your time. Totally neglected! Barely any grass on the greens. Fairways are like the rough, excess grass everywhere after it's been cut instead of clearing it up. Can barely see a marker where to tee off and ridiculous course layout... Especially the blind tee down hill where you can't even see the fairway.

Firstly I must say the old lady in the club shop was very friendly and helpful! Asset to the club.

However, the state of the course was terrible, there is more life in a tramps vest than any of the greens. The fairways were in terrible condition and the “first cut” of rough, resembled something out of Jumaji. I would recommend a bit of grass seed and some tee boxes, maybe a rake or two for the bunkers.

Played a few weeks before and was hoping to see some improvement but unfortunately not. Greens are much better than they were but still very poor making putting a game of chance. Fairways are in good condition but difficult to know the difference between them and the semi tough at times. Pro shop is still manned by very friendly volunteers but little if any stock so make sure your stocked up before hand.

Most of the greens are in very poor condition a most were not worth putting on due to bare patches. Fairways were average but ok and played the course before so new the layout. The club shop is empty as the pro left the club and shop is being manned by very friendly volunteers. Round only cost £10 so could say you get what you pay for but given we are at the start of spring would expect the greens to be at least playable. Played it a couple of times last year and would at that time have recommend it but not in it's current condition.

Not what it used to be.

Every green had large amount of bald patches impossible to score and put a card together. I used to be a member of this golf course some years ago and the greens which were rated as one of the best in Leeds are in my opinion the worst. At to shout at the general publics on several occasions to clear the greens with there remote motorised cars. Bunkers are compacted. Some T boxes are bare and some were unrecognisable as T boxes. If you wish to play T to Green and not bothered about putting then go ahead and play it.

Not up to much

Nothing in shop. Greens and course in pretty poor nick. Paid a tenner and that's about its limit for me. Sorry.

I played this course a couple of times last year and found it average but worth the green fee. But greens at the moment are in very poor condition some are not worth putting on. Simon the course pro has left the club and shop is being manned by very friendly volunteers but nothing on offer on the shop.
This round cost £10 so extremely cheap and the saying you get what you pay for is correct on this occasion. The course is hard walking and gives some good views just a shame the greens are so poor

Nobody there to greet us at our tee time, second hole out of play and nobody there at end to even give us a scorecard. Not what you expect

u1798891
Played On 06/11/2018
Reviews 28
Skill Intermediate
Plays Once a month
I Recommend This Course
4.0
Verified Purchaser
Previously Played

Course was in good condition, and a good challenge. Great value for money. Hopefully play it again.

u1798891
Played On 10/03/2017
Reviews 28
Skill Intermediate
Plays Once a month
I Recommend This Course
4.0
Verified Purchaser
Previously Played

The course was in good condition, played a lot better than in April when we played earlier. The greens putted well, and the fairways were relatively dry considering the recent rainfall. Good value for money, would play again.

Get what you pay for

It's an ok place for those who don't take the game seriously or just want an occasional hack. Greens in poor condition, not really conducive to good scoring. For ten pounds though, ok if you want to practice some stuff.

Played this Course for the first time, very friendly staff in the Pro Shop. Overall a good course to play with some challenging holes and greens but regretfully there are some negatives

1. Signage between Holes is non-existant as are Hole Numbers.
2. Have to cross the same major Road twice (to Hole 4 and to Hole 14)

3. The main issue was the large number of 'kids' encountered on the 11th Fairway which is next to a Housing estate. At least 10-20 teenagers having a Football match on the 11th Fairway!! This Fairway is also unsighted from the Tee Off area.

Kids roaming Golf Courses is a big concern at many Golf Course and ruin many a Round for many Golfers. South Leeds Golf Club need to address this issue.

A Good Course but sadly in a wrong location!!

Overall the course was ok but the tees were really quite bad if they were like the 1st tee they would have been quite good but instead they had clumps of long grass which were surrounded by a lot of patchy areas, fairways and greens were ok but a little bit slow. Not many people on the course and the price was very good (£11)

Very poor and not looked after

Everything was very disappointing. The grass needed cutting and the cut grass needed picking up. Kids from the neighborhoods were running round the greens. There were no signs around the course AT ALL, got lost on the first for ten minutes. The clubhouse had a kids party going on inside and was completely run down.

Was a bit unsure about trying this place de to some varied reviews. Thought we would give it a go anyway due to the very very low green fees.... What a pleasant surprise!!!

Dramatic holes, amazing views, it's obvious that it may have seen better days but you got a real sense that in its hay day it would have been something special.

Long par 3s and 4s, you can't just rock up and smash everything straight down the fairway as some trees mean you have to take a more conservative thought out route to hole.

Can't wait to go back again as can see me playin here for years.

I have played here a few times now, when we visited the last 2 holes where closed due to wet weather, so we could play the 1st and 2nd again. The course has some really good holes with some quality views over Leeds, the only let down was the greens seem really slow, the 11th hole is a good hole with a massive drop to tee off over, then the 15th you play through the trees across the road is a good hole too. always worth a visit, an you get what you pay for. 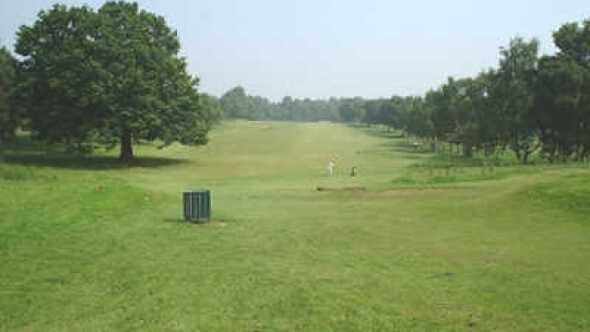 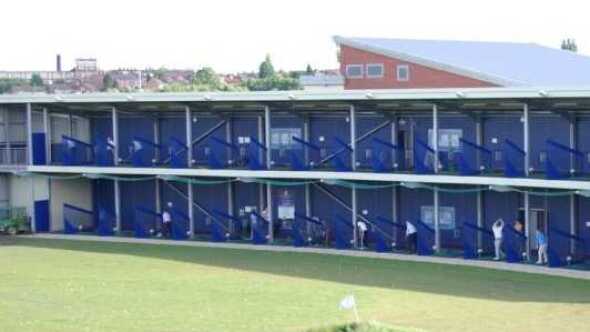 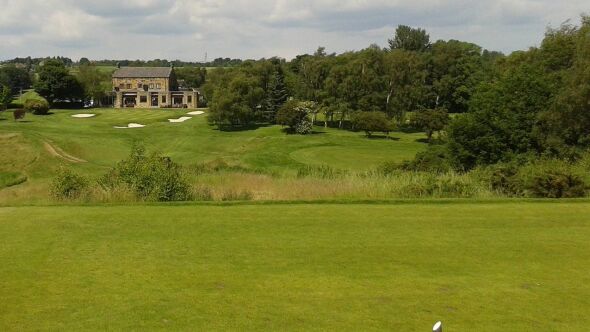 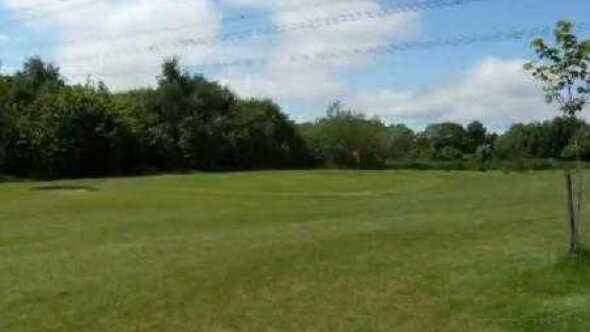 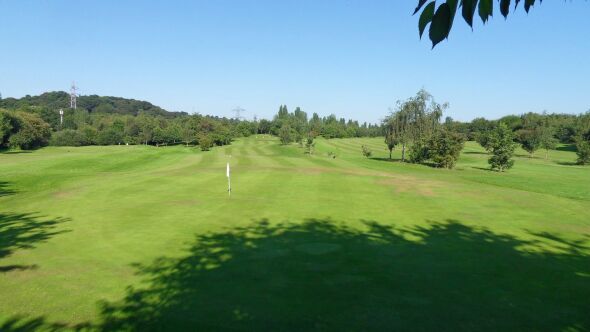 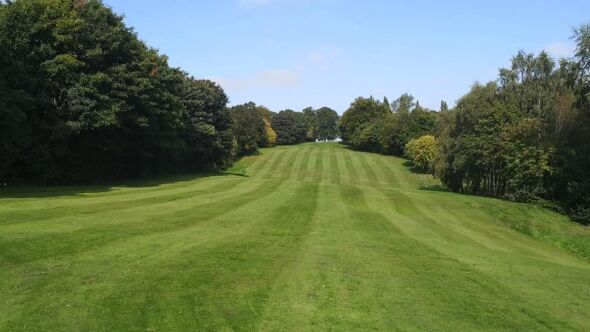 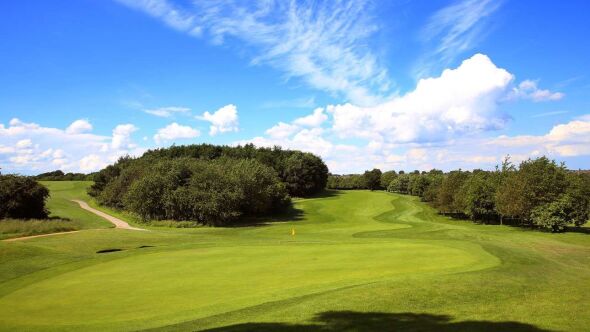 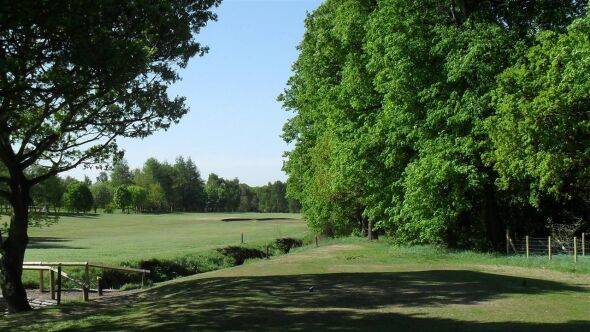 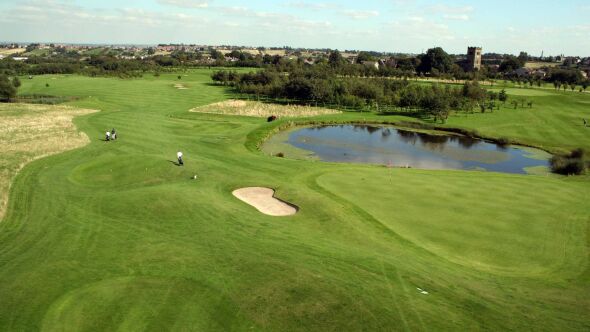 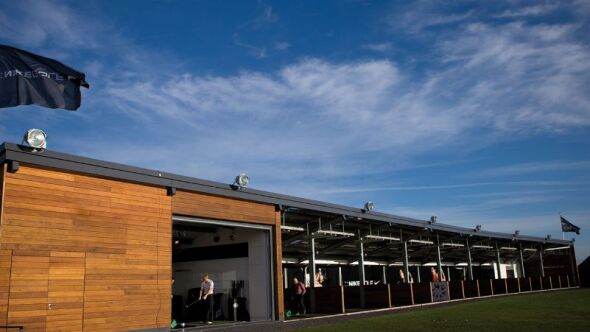 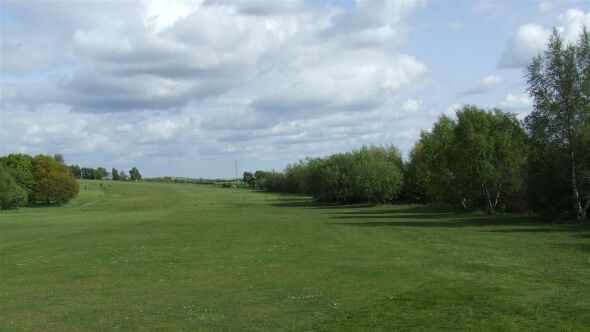 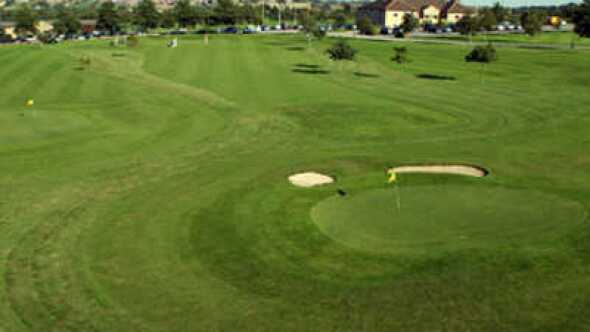 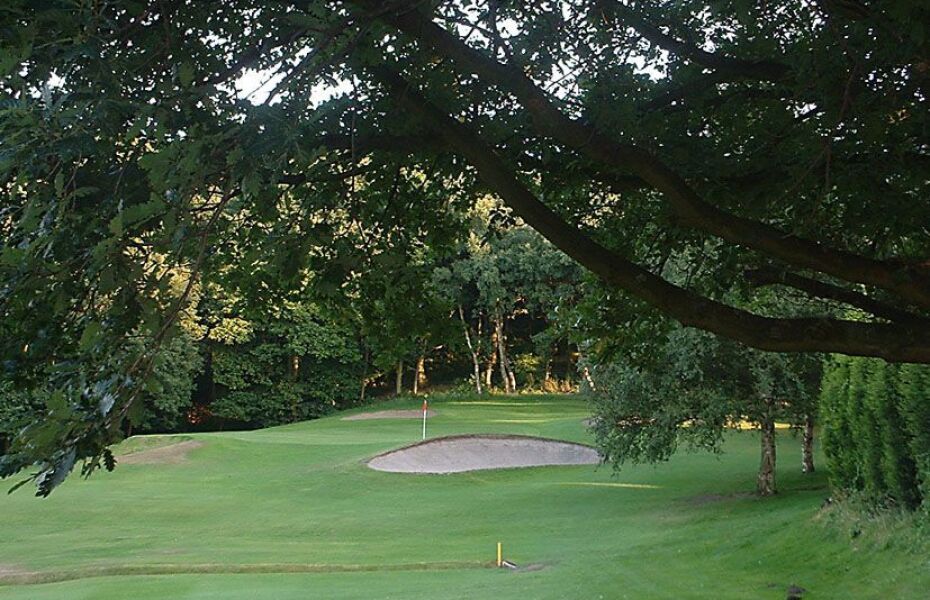 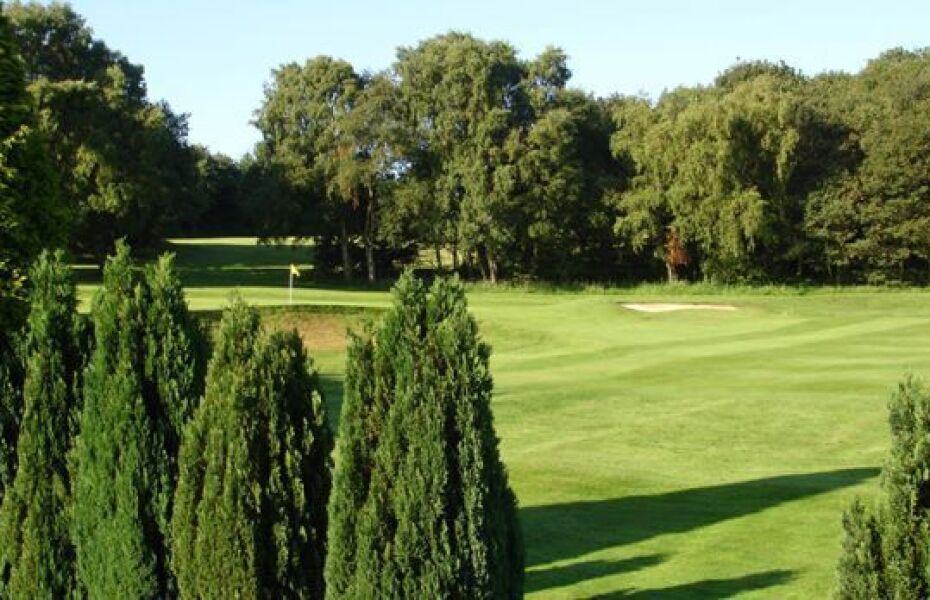 You may take a trip into the trees... 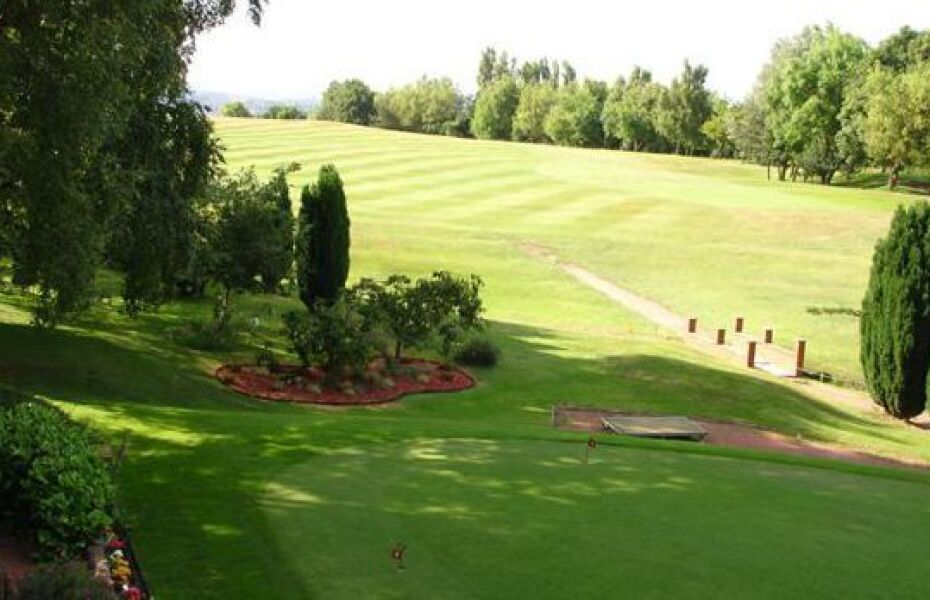