Course Challenges Include:
Bunkers 7
Water Hazards 6
This course/club is great for:
Locals 6

Fall golf away from the NYC sewer, well worth the easy drive.

I’ve been playing this course for five years and if you haven’t played it this year you are missing out. It is in amazing shape and as always the staff ensure you have a great round.

The course is usually better, but with all the rain we've been getting there were spots that took a beating.

Worth the ride from NYC.

Played 8/10/21 for the first time. Charlie in the pro shop took the time to explain the layout and offer tips. Course is challenging with some narrow fairways and blind shots, especially on front nine. Greens are good sized and fair. Bunkers well maintained with good, soft sand. Only drawback was how hard the tee boxes and fairways were, but understandable as it’s midsummer and hasn’t rained recently. Will definitely play again.

The Lynx at River Bend Golf Club, one of the highest quality layouts I’ve played this year, should please golfers on many levels. The key attraction for me is playing a public-access A.W. Tillinghast course, which is this “Cat’s” (as it’s also called) front side. A pleasant surprise, though, is the Lynx’s solid back nine, designed by the capable Ron Cutlip, with its strong finish over the four closing holes. Mr. Cutlip did not mimic Tillinghast’s style, but still retained some of its general flavor in the added nine. The layout, situated near the Neversink and Delaware rivers just north of the Delaware Water Gap, runs partly over flat terrain. Yet several of the fairways have significant roll and pitch, and several greens are elevated or surrounded by falloffs and other slopes. I found myself fully engaged and challenged to make pars all the way around.

The Tillinghast side boasts one strong hole after another; there isn’t a weak one among them. Among the highlights for me were “The Cat’s Claw,” or what the second tee’s sign labels as “a stretch of the three hardest holes in the area.” I don’t doubt it. The second (see “Top Hole,” below) and third stood out as gems. Three, an unusual design for Tillinghast in that it’s a ‘Template” hole (the kind generally used more by his contemporaries than he) was, nonetheless, Tilly’s “favorite hole” as noted on the third tee’s sign. It’s a 366-yard Cape design that curves gracefully around a marsh, on the right, all the way to the green. On the tee shot you’re encouraged, then, to bite off as much as you can chew in hopes of hitting your approach closer to the green. The fifth, a short par-5, features a challenging driving zone--a huge, mature tree looms rightward--and then a tough approach to a plateau green beset by five traps. Six is simply the best three-par at the Lynx, on which the tee shot is hit over a dell to the perched, double-tiered green. Putting it may give you fits.

The back side opens with two tough and long four-pars, but the best is saved for last. Fifteen, a drive and pitch hole, doglegs left and leads to an elevated, tricky green. Sixteen may be the best five-par on the course, a 498-yarder that big hitters can reach as a two-shotter. But near-perfection is needed on the second because the green is tiny, with a mere twelve yards of hittable surface because the six yards on the left falls off into a hungry bunker. Seventeen, a long four-par, encourages a fade from the deep tees. Among the best looking holes I’ve seen, the 18th is a monstrous par-5, maxing out at 570 yards--but it curves gently leftward, encouraging strategic play from tee to green.

Top Hole: 2nd, par-4, 393 (Index 1).
This typical Tillinghast set-up features a fairly generous fairway. The approach, being blind, plays downhill, tough, and far better from the fairway’s left side, which opens up the green between the two big bunkers set tight to it. With woods lining both sides of the landing zone, I hit 3-wood off the tee.

Hardest Hole: Tie between the second and the tenth, par-4, 409.
At ten, the undulating, tree-lined fairway leads to a small green guarded by two bunkers, one hidden in the back. You’ll need high precision to be on in regulation.

Service, Value, Conditioning:
The Course Manager, Lisa, was helpful, friendly, and flexible. Terrific service from--and conversation with--both her and another staff member I met, Joe. With this kind of environment, I have zero doubt that I’ll return before long. (We were out in this area, over two hours from home, visiting relatives).

Course conditioning was not perfect but is still more than good: smooth-rolling greens, manicured fairways, strong attention to everything else. But what truly amazes me are the plantings--flower gardens, shrubs, plantings, ornamental trees, and so on--all over this course. Even the colorful marsh areas look striking. The only course I’ve played in the last couple of years that equals this for beauty is Vermont’s spectacular Jay Peak.

Some conclusions: The back nine may seem the tougher of the two sides by virtue of its length, but ironically I scored better on the home holes. This suggests to me that Tillinghast’s emphasis on challenging approach shots and the generally tough greens he designed here (which demand more than those on the back) are testament to his artistry.

I don’t know why any golfer wouldn’t want to play the Lynx. The golf is fun, challenging, diverse, and not too daunting. In short, playing this ageless course is a sheer pleasure.

For the Curious: Why this IS a Tillinghast design

Golf Advisor Managing Editor Brandon Tucker wrote a Sept. 14, 2020 article which ranked the Lynx among the top ten Tillinghast public venues you can play. Beyond that, any critique of this as an ‘authentic’ Tillinghast layout appears dubious. Several reasons point directly to why this front nine reflects all of the central principles on which Tillinghast’s Hall of Fame career rests, as follows:

1) A strict adherence to Tillinghast’s philosophy: Accurate approach play is the key to playing virtually any hole. Arrow-straight driving, as a result, is seldom a prerequisite to playing most Tillinghast holes effectively. It’s no surprise, then, that only the fourth fairway is narrow, and the only fairway heavily guarded by trees. The others allow more than adequate room; I felt no uneasiness about hitting my driver on every other par-4 and 5. Despite the somewhat generous width to his fairways, Tillinghast still believed they should have a ‘better’ side, allowing for a more favorable approach. Guess what? On holes 2, 3, 5, 6, and 8, all par-4’s, if you’re on the left side of the fairway, your entry (angle) into each green is more open.
2) An emphasis on green design: These greens resemble those I’ve played at another Tillinghast design at Manchester Country Club in Connecticut, most notably by how they’re canted, bunkered, and set relative to grade. In general, Tillinghast wanted his greens to stand out; they needed to have strong individual character and great variety. And they fit both criteria at the Lynx.
3) The terrain Tillinghast chose for the nine: It is no coincidence that Tilly selected the most rolling sections of this property to design the stretch from two through six, giving the holes ‘Classic’ variety, as a few were also flatter. This was typical during what Tom Doak has termed the “Classic Period” of golf, or 1900--1930.
4) Tillinghast believed in the pre-eminence of par-3’s. Accordingly, the two par-3’s on the front are neither short (163 and 165, blues) nor easy. Consider that a medium-length hitter, according to a TripSavvy article from 2020, hits a 5-iron 160 yards, a four 170; and the average recreational (less serious) player hits it even shorter than this. Then consider that Tillinghast designed this course 106 years ago, and imagine what the average player would have been hitting on these holes at THAT time. Bottom line: they’re meant to be tough. And Tillinghast threw in a devilish, two-tiered green at the sixth, along with a putting surface tightly guarded by big bunkers and the ninth.
5) Tillinghast had qualms about the overuse of bunkers. That belief is reflected here, especially by a minimal use of fairway bunkers (there are no FW traps at four of the seven ‘driving’ holes).
6) A final principle: each hole should have its own character, separate from the rest. These all do.

Beautiful course and well maintained. Challenging holes with bunkers and water obstacles and some narrow fairways. Love the staff there and the new clubhouse near the first and tenth tee boxes. Greens and tee boxes were in great shape. Hard to find a better public course in the area I'd say!

The Lynx is one of my son and my favorite local courses to play!! Challenging from the lynx tees but fair and extremely fun.

What a beautiful course! The only negative were the gnats so I would definitely bring bug spray! The course conditions were great and the staff was excellent as well.
Thank you to Charlie for a great day!

play every weekend for 10 years

me and my buddy started playing this course when the new owners took over .back then it was in rough shape to say the least.greens where covered in plastic to help seeding ,course was flooded sometimes .then the usga came in and helped with drainage and other improvements. lots of new plantings new carts and new clubhouse make this a much better course than 10 years ago.first 3 holes are very challanging ,tilinghast did not make it easy .people here are very friendly .my only complaint is that we dont have the course to ourselves anymore ,people come from all over now to play our little secret course.good luck to Drew and his crew from jim and jeff. 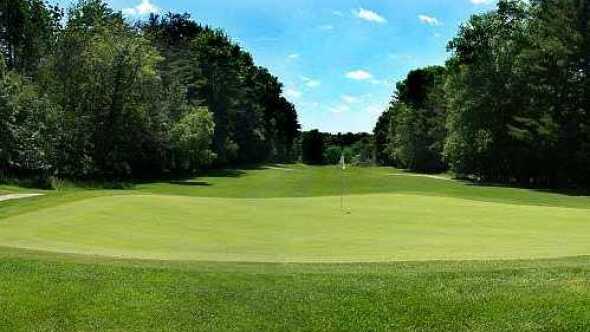 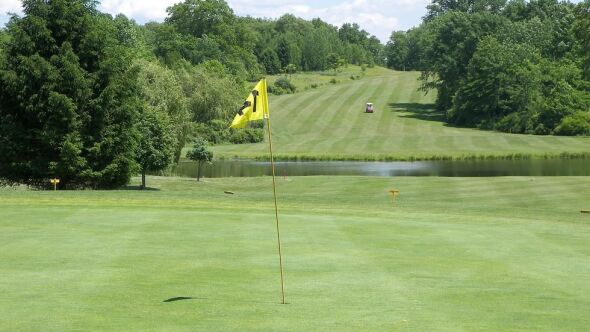 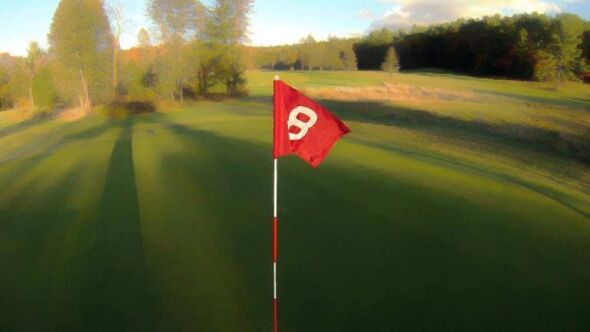 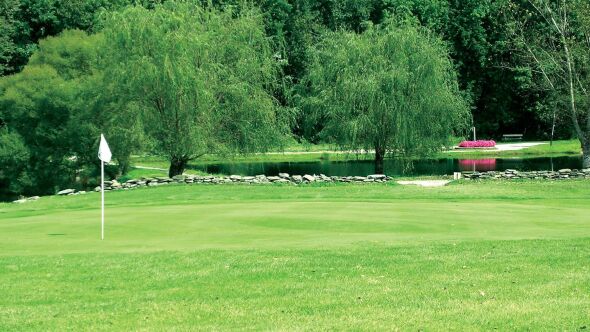 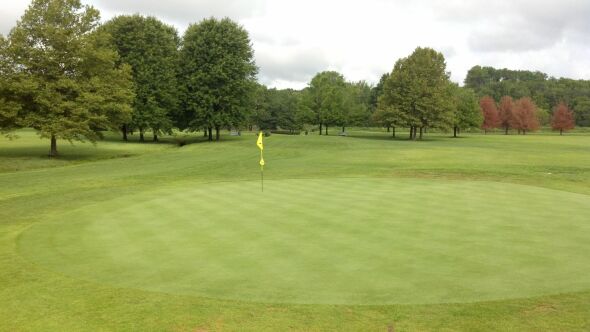 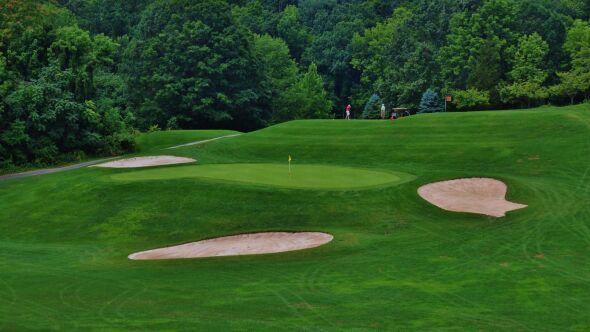 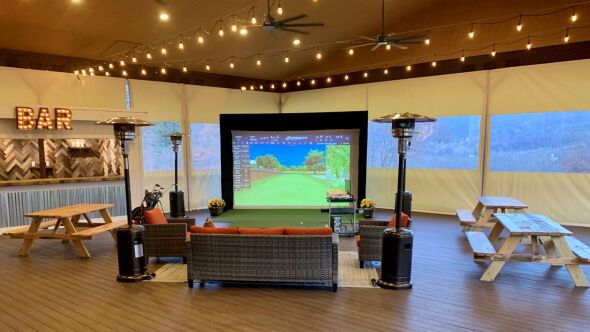 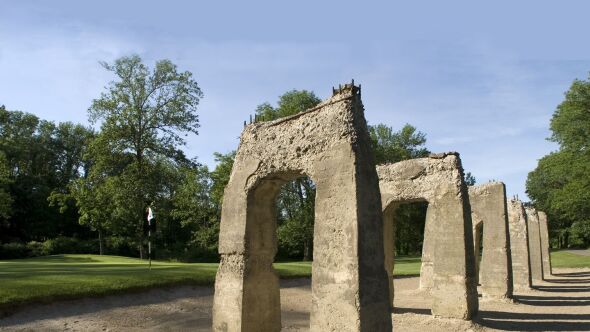 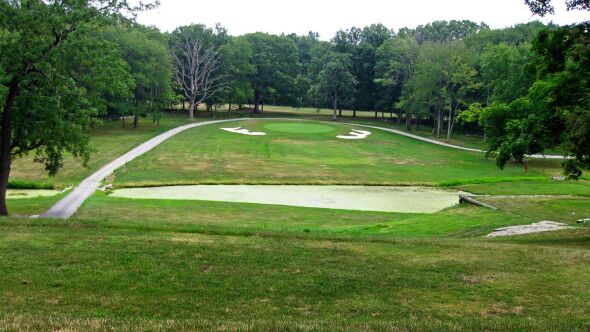 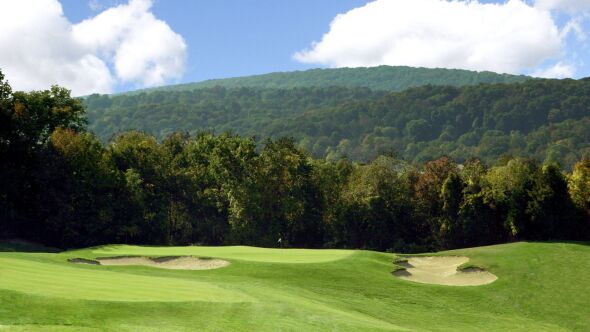 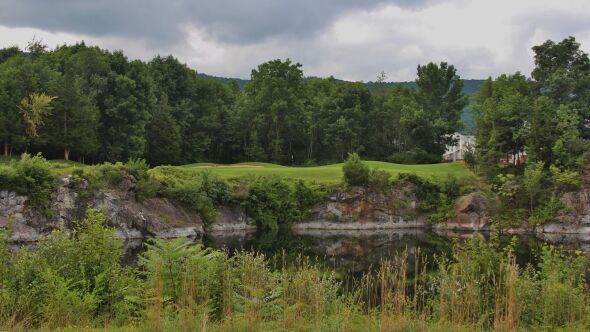 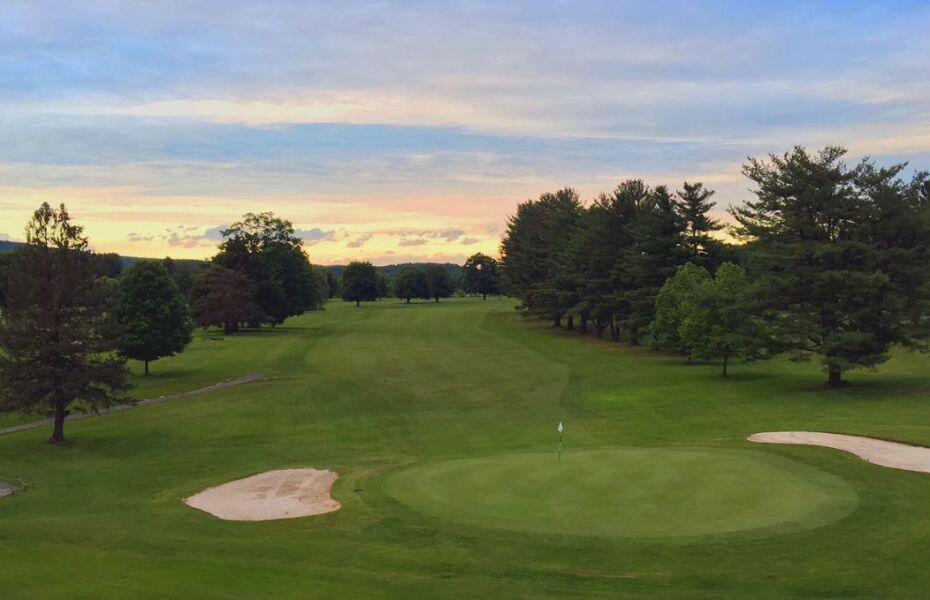 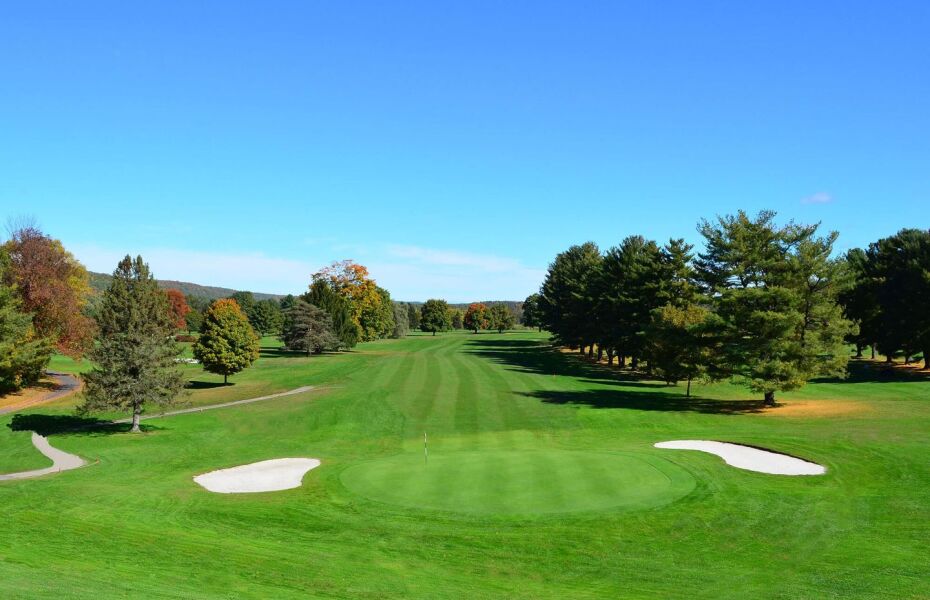 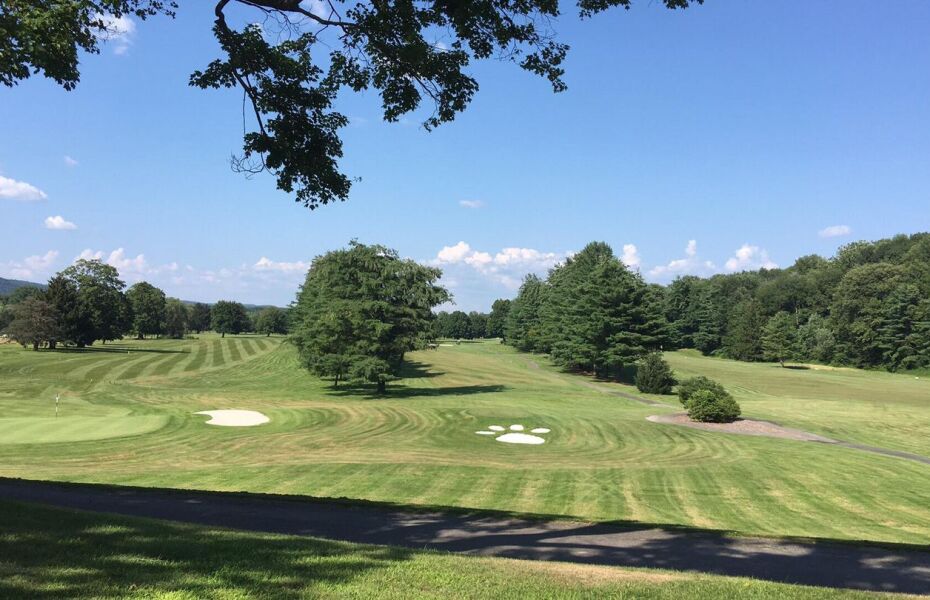 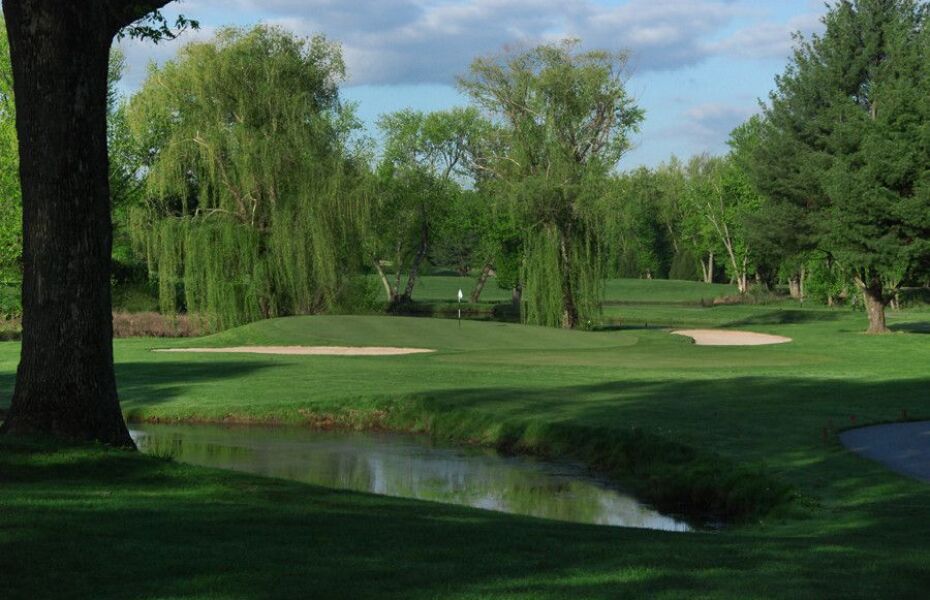 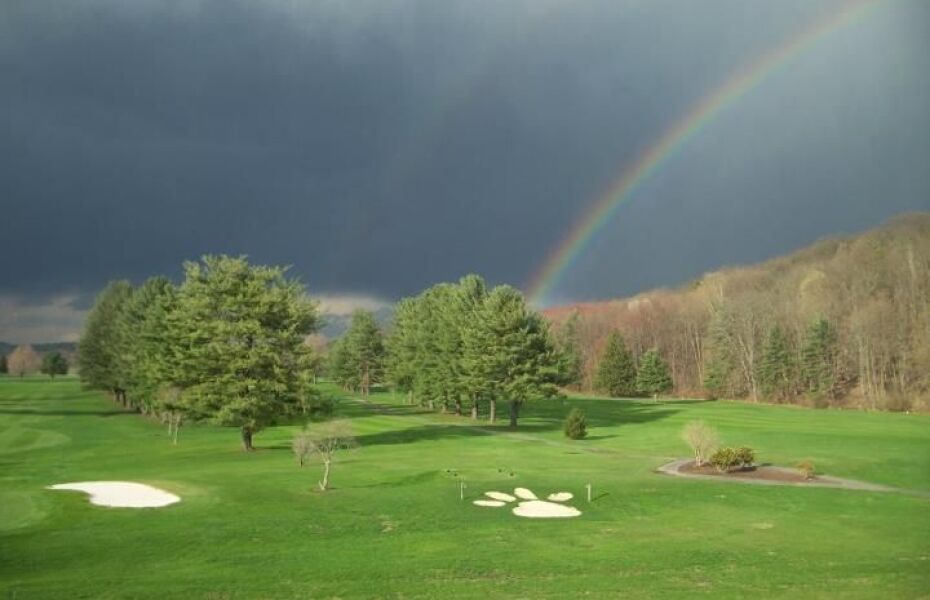 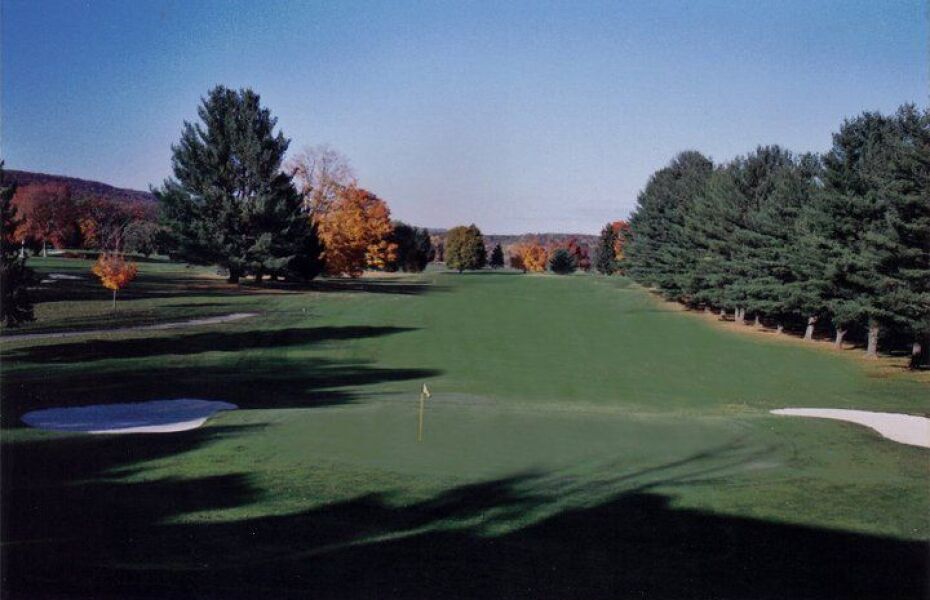 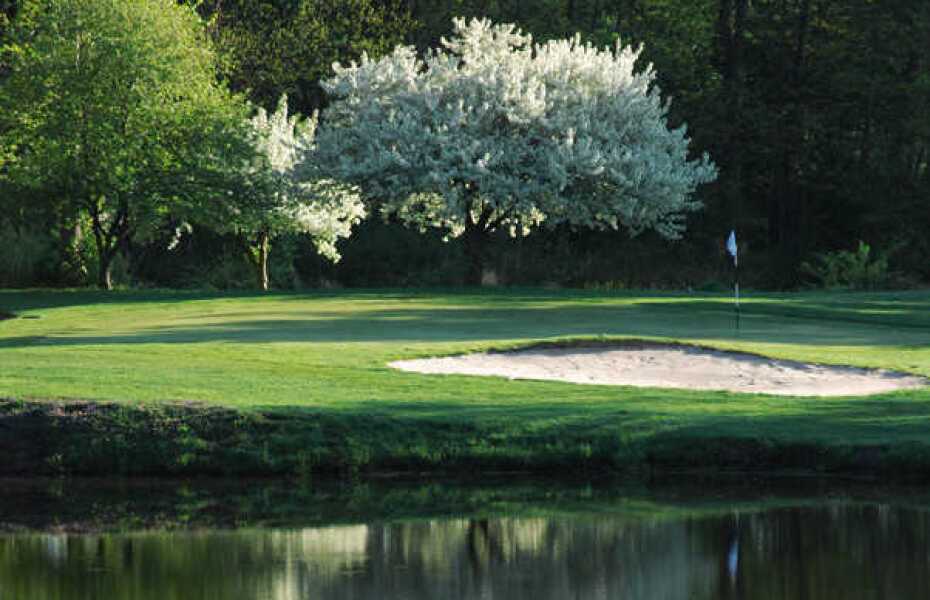