Grayhawk ready for the 2021 NCAA men's and women's golf championships

The Stadium Course at TPC Scottsdale might get all the attention these days by hosting the PGA Tour's Waste Management Phoenix Open, but another standout tournament venue in the Valley of the Sun resides just four miles to the north.

The 36-hole Grayhawk Golf Club has a long history of hosting some of the most talented players on the planet, whether it's pros or amateurs. That legacy will only grow as the home for the NCAA Division I Men's and Women's Golf Championships over the next three years. The women will compete first from May 21-26 followed by the men May 28-June 2.

When the NCAA Championships for men and women changed their format from all-stroke play in 2009 to three rounds of stroke play, followed by match play involving the top 15 teams to qualify (then 8 teams after 72 holes), it became a compelling spectacle perfect for TV. This is the first year both NCAAs will be available for streaming internationally on GolfPass. 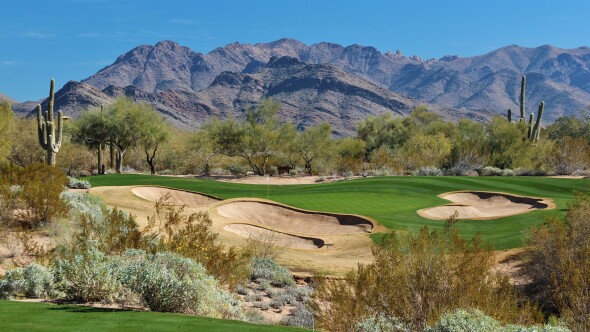 Grayhawk's mix of risk-reward holes, especially on the finishing holes of Tom Fazio's Raptor Course, should only intensify the drama. Local golfers can still play the Talon Course and a limited number of spectators can walk the Raptor Course to watch the action. Last year's NCAAs were canceled because of the pandemic, which has only heightened the anticipation for Grayhawk's debut this year.

A history to remember

Grayhawk opened with a bang in 1994, hosting a pro-am/post-round concert that included a budding local legend, Phil Mickelson of Arizona State University, and celebrities like Gary McCord, Huey Lewis and Robin Yount.

Soon after, the 1995 Andersen Consulting World Championships (a precursor to the WGC-Accenture Match Play Championship) introduced the Raptor Course to the world. After two more editions in 1997 and 1998, Grayhawk followed up with the Williams World Challenge, a tournament won by Tom Lehman that was the first to raise money for the Tiger Woods Foundation. The Tommy Bahama Challenge in 2004-05 was a unique Tour-sanctioned event featuring a team of American "young guns" (Zach Johnson, Aaron Oberholser, Ben Crane, etc.) against an international squad (Paul Casey, Ian Poulter, Justin Rose, etc.). Its success led to a three-year run of the Frys.com Open from 2007-09.

The upcoming NCAAs will feature more of golf's future stars.

A course with some teeth

For first-time viewers unfamiliar with the Raptor Course, it's as fearsome as the name suggests. Pardon the pun, but it's got plenty of teeth.

Beyond the target golf that most desert courses require, its green complexes are something out of a hollywood horror movie. Many of its wavy greens are elevated and guarded by at least two or more bunkers. Hitting and holding greens won't be easy. Getting up and down and making putts only makes par feel more difficult.

A three-hole stretch on the Raptor's back nine was rerouted in 2015. It created a tricky short par 3 with a severe green at no. 16 and a potentially drivable par 4 at no. 17. The 18th remains the best hole on the course and one of the best in the entire destination, a par 5 to a narrow green guarded by water on the right. Golfers who try to go for it in two could see their teams' championship hopes sink in one bad swing. To learn more about the Raptor, check out the reviews on its course page below. 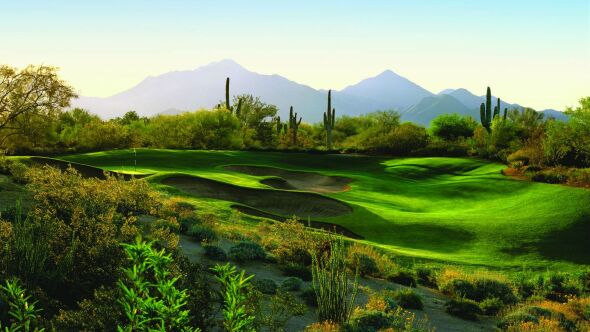