Ask GolfPass: The best time to play in Nashville

A reader heading to Tennessee wants to know about Nashville conditions in the spring. The Music City climate makes for a tricky golf scene to figure out.

You might not think it's one of the best golf destinations in the country, but Nashville receives an inordinately high volume of interest from our readers. Why? It might be because the go-to public options aren't as obvious as some other cities. There isn't much in the form of golf resorts here, nor are there a large amount of nationally-recognized public facilities. But the city itself is one of the most popular in the country to visit for live music, bachelor and bachelorette parties. It's also a metropolis on the rise; maybe incoming residents are trying to figure out where to play.

One good thing about Nashville golf for value seekers: There aren't any courses over $100. Gaylord Springs and The Hermitage both peak out around $80. Not too shabby.

We are also frequently asked about when the best time to play in Nashville truly is.

Hi, I'm planning a golf trip to Nashville for the end of April and beginning of May. What are the course conditions usually like at that time of year?

Using our database of course reviews around the Nashville area dating back to late-2012, we can see a glimpse of reviewer sentiment per month for overall, value and course conditions. Similar to previous "Ultimate Value" articles on Golf Advisor, I ran a report of some of the most popular public and resort courses in the area, returning a sample size of just over 2,000 reviews.

The first thing that sticks out is that course conditions are the laggard each month. Public golfers tee it up in Nashville in spite of conditions, not because of them. It's a combination of many public courses being affordable and thus less pristine to begin with, plus Tennessee is a tricky, "transition-zone" climate for turf that generally relies on warm-weather Zoysia fairways and mix of bent and bermuda-grass greens. Compare that to Phoenix-Scottsdale where conditions are higher than overall in the peak season, but then dive lower in the warmer months.

Despite April having very pleasant highs of 71 degrees, condition scores crater to its lowest point of the year, which is likely a result of course maintenance procedures preparing for the summer season.

Summertime in Nashville is hot and humid. Average highs, according to NOAA, are 87-90 degrees from June-August. There are plenty of golf-able days in the winter, and thankful golfers are happy to write positive reviews. But we certainly wouldn't recommend booking a golf trip in December-January-February as the weather is likely going to be cold and snow may wipe your trip out entirely. January and February average 2-3 inches of snow). While most courses employ dynamic, demand-based pricing, Gaylord Springs posts an "off-season" rate between November 29-March 10 that saves about 15%.

If you're going to go in the summertime, stick to June or July. By August, temps are likely going to be at their hottest and turf may be stressed from heat and a few months of heavy play.

A surprisingly good time to play, based on our reviews, is October-November. October is the driest month of the year with an average of under 3 inches of rain. In November, high temps average 61 degrees, and the common Zoysia turf has a better chance of maintaining growth and holding its green color than in March or early April. Value soars as demand decreases.

Fall trumps Spring in Music City. I would recommend to 'PBooth' to push the trip into May if possible. It is a slightly wetter month than April but conditions are much better. The warm-weather turf employed in the area should have more time to pop. And if the NHL's Predators are having a good season, maybe you'll be able to catch a playoff hockey game downtown at night.

One last note: Are you sure you should go to Nashville at all? Its ratings differ from its neighbors to the east around Knoxville. Knoxville is about 200 feet higher in altitude and is usually a few degrees cooler on average. You'll find more courses with bent grass greens the higher in altitude you go. Looking at ten top destination course reviews like Sevierville and River Island, the area's summertime ratings are far more consistent than those in the larger metro area of Nashville. 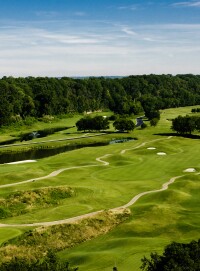 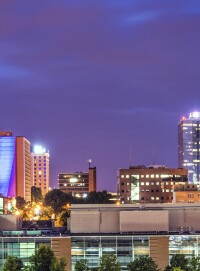 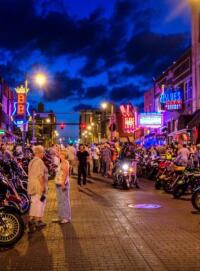 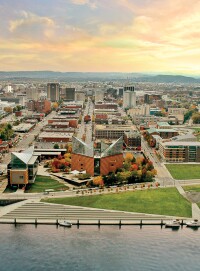