What began with just a par-3 course and learning center, this 2,000-acre sporting ranch between Austin and Houston is finally going all-in with an ambitious championship course.

COLUMBUS, Texas — Throughout the United States, golf facilities are going small: adding par-3 and putting courses or reconfiguring 27 or 36-hole layouts into 18 holes and a short course.

But at a tucked-away sporting ranch in east Texas, they've already been there. It's time to go big.

About halfway between Austin and Houston, Big Easy Ranch is the latest property to take dead aim at the present-day resurgence in golf with an ambitious new 18-hole course.

When the club was originally developed in the early 2010s, owner Billy Brown, an avid golfer most of his life, was eager to start by building the full-size 18 holes. But with a membership building gradually, he was advised at the time by multiple architecture firms to hold off. After all, it was the throes of the economic downturn and private golf clubs were struggling coast-to-coast. It was probably the right call. In fact, the nearest golf course to Columbus, The Falls Golf Resort, ended up closing in 2016. So Brown channeled his ambitions into a stellar 9-hole, par-3 course and practice center that would be an amenity for the club's growing membership that was generally more interested in hunting, sporting clays and fishing.

Enter the 2020 golf boom, fueled largely by COVID-19 social distancing and work-from-anywhere, and Big Easy's par-3 course and learning center had never been busier. Members were turning up at the club not just to dine or hunt, but to play golf.

The 18-hole project was back on.

"We're going to do everything we can to be the top golf course in Texas," Brown told members at the groundbreaking ceremony in September.

It's a lofty statement for a new course in a state full of modern trophy courses by notable names like Tom Fazio, Tiger Woods, Coore & Crenshaw and Jack Nicklaus. To make it happen, Brown called back par-3 course architect Chet Williams. The Texas-based architect is a well-known figure in the state thanks in part to his major role with Nicklaus Design at Whispering Pines north of Houston, a club considered by many panels as the best course in the state (it also has a par-3 course). Williams also worked onsite for Nicklaus at Summit Rock at Horseshoe Bay in the Texas Hill Country. That rolling property may be the closest terrain to what's on offer at Big Easy Ranch. It has similar Hill Country roll to the land, but some different elevation, vegetation and even some east Texas pine trees. 12 holes in the routing will play from elevated tees, down and back up to elevated greens. The routing frequently changes direction and has the benefit of no considerations needing to be made to housing lots - all of which are located adjacent to the course.

A natural creek runs through the properly that, like most Texas creeks, spends most of its existence, save for big storms, dry as a bone. That will change thanks to an ambitious pumping and beautification plan that will bring flowing water and trickling waterfalls throughout (you can already see this in action on the par-3 course, whose first hole is a showy downhill shot over a pond with water features). An island tee box within the creek is even planned for the 14th hole, though Williams says they are being careful to "not Hollywood it up too much." From a strategy standpoint, the creek will be the focal point of the hole that is getting the most early attention. The 8th hole has been laid out as a drivable par 4 with dual fairways on opposite sides of a creek that splits like a Y near the green.

"It was crying out for a drivable par 4 from where the natural tee was and where the creek was splitting," said Williams. "You can hit driver over everything or lay up and pay attention to where the pin is."

While the groundbreaking was held in September, tree clearing has been ongoing for most of 2021. Currently scheduled for a fall, 2022 opening, the routing calls for a par 72 of 7,448 yards with four par 3s and four par 5s. The 18th will be a 622-yard, drama-filled finisher playing along a large pond to a green guarded by the creek in front.

But as with all things Big Easy-style, it's the amenities that are going to make this a next-level experience. A two-story halfway house is planned that will be more like a mini clubhouse complete with a barbecue pit and elevator to a top deck featuring Texas Forever views. In keeping with the ranch's sporting club pastime, deer and exotic animals roam throughout the property and that will include the future fairways. The existing practice facility will be moved and upgraded and will include an Augusta National-inspired short-game area. Members may be opting for their wedges over their fishing pole or rifles more than they thought they would. 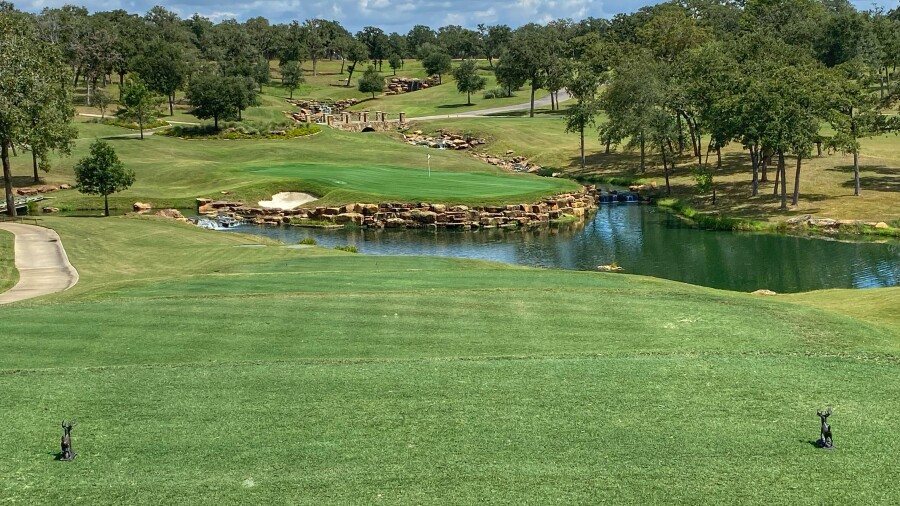 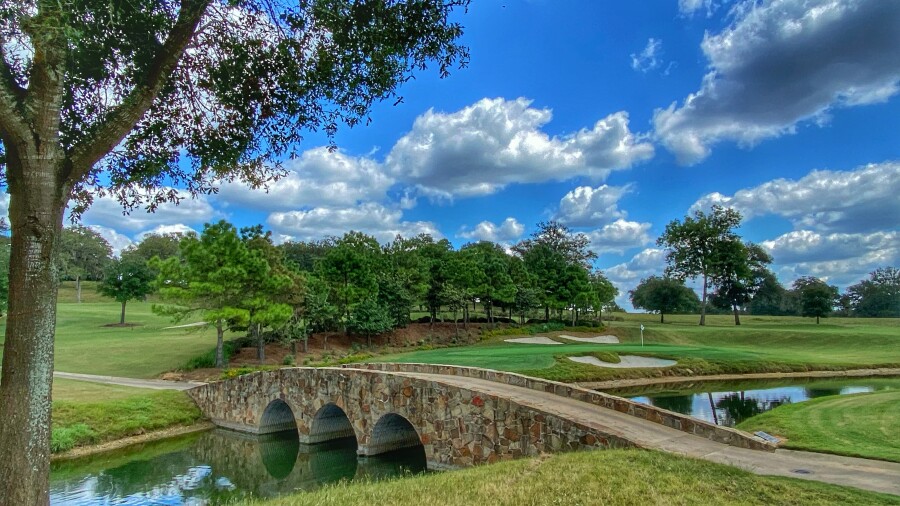 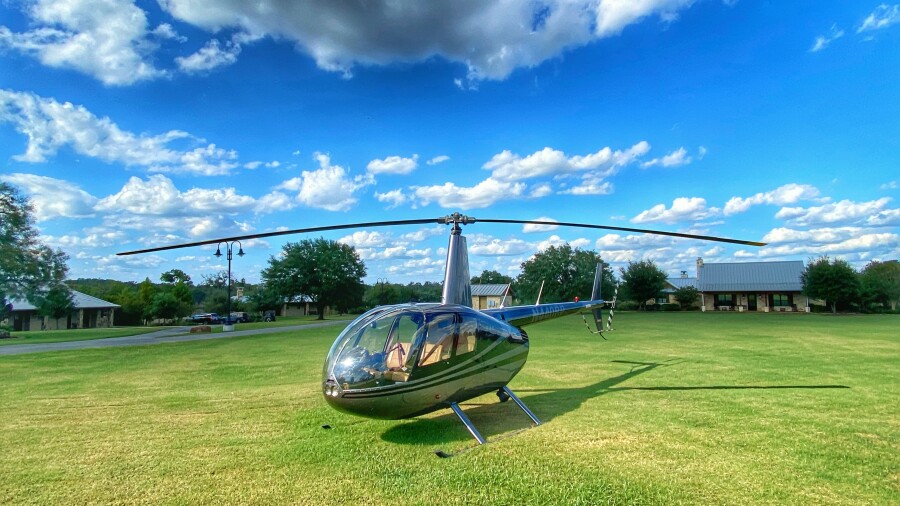 A member arrives at the club by personal helicopter. Brandon Tucker/GolfPass

On an initial visit to the ranch, which is far removed from any large population center and a few miles off any major highway amidst many other sprawling ranches, it's easy to wonder where exactly the members come from, although one arrived to the groundbreaking ceremony by helicopter, landed right next to the clubhouse, and photographs in the clubhouse suggest some of the state's better-known politicians retreat here. There are just a four furnished cabins on-site at present. In order to finance the course, however, Big Easy Ranch is set to embark on a new era: 80 lots (20 of which are sold already) a boutique hotel and fractional-ownership options. Members will be able to put their guests up on property or enjoy an extended getaway for themselves.

Big Easy Ranch already has an exquisite food & beverage operation, a byproduct of owner Billy Brown's affinity for all things New Orleans. The menu at the current clubhouse's Camellia Grill isn't pancakes and burgers like you'll find on Carrollton Street, but delicious Cajun fare, especially seafood, and a top-rated wine selection. With further amenities like hunting and fishing programs and an infinity-edged pool, this part of east Texas may feel rugged but members certainly aren't roughing it.