The peak of celebrity golf season is upon us

Three star-studded events are coming to TVs and streaming services in early July.

Peanut butter and jelly, thunder and lightning, celebrities and golf. For decades, sports stars, entertainers and politicians have rubbed elbows on the golf course. Bob Hope and Bing Crosby's California gatherings put the pairing of celebs and pro golfers on the map, and things have not slowed down since, as the circuit of golf events bringing out the bright lights seems never-ending. And why not? When done right, entertaining personalities can add something different to the typical flow of a tournament, whether you're attending in person or watching on TV.

More importantly, golfers tend to be generous. The involvement of big figures outside the game tends to funnel not just attention but dollars toward the many charitable causes golf embraces. In the last couple of years, Golden State Warriors superstar and 2022 NBA Finals MVP Stephen Curry has put major funding into the Howard University golf programs and has started a junior golf tour for kids from diverse communities, all with the goal of paying forward the positive traits golf has instilled in him.

Curry is one of dozens of celebrities who will be gracing TV and smartphone screens in the coming weeks, with three events providing some extra entertainment to watchers of golf.

Dates: June 30 - July 1
Notable celebs: Michael Phelps, Michael Strahan, John Smoltz, J.R. Smith (Team USA members); Harry Kane, Ash Barty, Canelo Alvarez (Team Rest of World members)
A brand-new, globally-oriented series will hold its first competition near New York City over two days, pitting a team of a dozen American celebrity-athlete golfers captained by Fred Couples against a Rest-of-the-World team of celebs led by Ernie Els. It's a match-play tussle inspired by the Ryder Cup and Presidents Cup, with team four-ball and greensomes (similar to alternate shot, but with both players hitting a tee shot, picking the better of the two and then alternating from there) sessions, followed by singles match play to wrap up the competition on the second day. An interesting twist: organizers have streamlined Liberty National's routing to 10 holes in order to maximize the number of matches.
TV/Streaming Schedule (all times ET)
- Friday, July 1: 2:00 pm - 6:30 pm (Peacock)

(Note: The newest perk of GolfPass+ membership is a free year of access to Peacock Premium ($60 value), NBC's streaming platform and library of TV shows and movies. Click here to learn more and sign up.)

Dates: July 4-5
Notable celebs: Bill Murray, Niall Horan, Mark Wahlberg
Lighter on celebrity star-power than the other two events on this list, this tournament also brings a remarkable roster of top professional golfers to the course that will host the 2027 Ryder Cup. Typically held just every five years, this two-day tournament was rescheduled due to the COVID-19 pandemic. Tiger Woods and Rory McIlroy are expected to play, as well as Justin Thomas, Jordan Spieth and more top talent, giving golf fans some bonus entertainment before next weekend's Scottish Open. Since it began in 1990, the pro-am has raised more than $150 million for charities in Ireland.
TV/Streaming Schedule
- Monday, July 4: 9:00 am - 2:30 pm (Peacock; Featured Groups coverage on GolfPass)
- Tuesday, July 5: 9:00 am - 2:30 pm (Peacock; Featured Groups coverage on GolfPass)

Learn more about the golf courses mentioned in this article 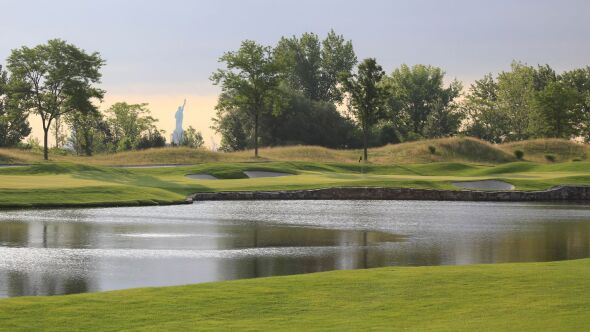 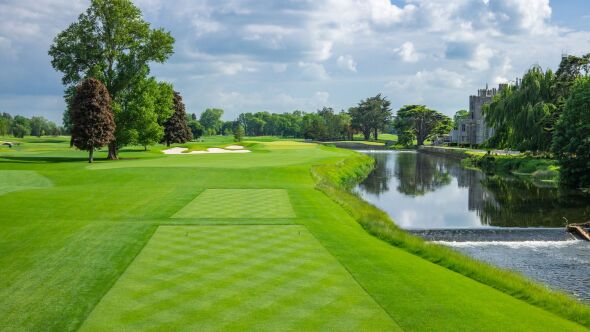 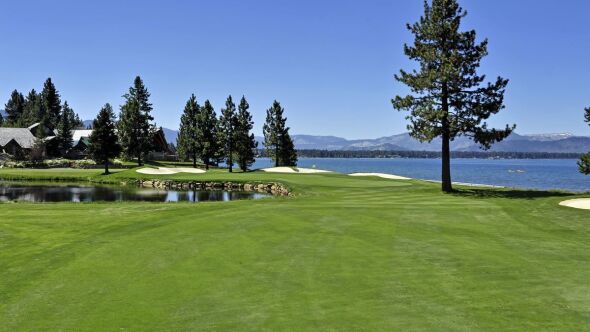 On a trip to Ireland some five years ago, we stayed at the Adare Manor condominiums. They were re-constructing many of the holes, but what I saw that was finished was fantastically beautiful--on a level with Augusta National (no hyperbole).

Love the concept of the "Icons Series" event.

At East Hartford Golf Club, I saw a quote on the 12th tee marker's stone by Bob Hope the other day, that read (presumably referring to one of Hope's golf rounds): "If it was a fight, they'd stop it."