How does TPC Harding Park rank among America's 'major munis'?

Four municipal courses are modern major championship hosts. Here's how they stack up based on our review community.

The PGA Championship has taken its prized event to municipal courses two years in a row. Last year, Brooks Koepka took down Bethpage Black for his title defense. This year, he'll try to make it three PGAs in a row at TPC Harding Park, a beloved and historic San Francisco muni that dates back to 1925 in the otherwise high-rent district of Lake Merced.

Great munis worth playing don't have to host majors, or even have tipped out Tiger Tees capable of hosting a pro or elite amateur event of any kind. Just look at boutique, popular courses like Keney Park (Hartford), Stevens Park (Dallas) or Pacific Grove (Calif.).

But hosting majors on munis makes the tournament more of a "People's Event" and the best part is that after you've watched the pros have their mix of pain and triumph (mostly pain) you can try and recreate the golf shots from the same spot. Rory McIlroy put it eloquently in his PGA Championship news conference: "It's very refreshing that we do come to places like here, Bethpage, Torrey Pines," he said. "It is important to let the public see us on golf courses that they've played before, that are accessible for them, that aren't too expensive to get on."

The U.S. has four municipal golf courses presently in the U.S. Open or PGA Championship rotation: Bethpage Black, TPC Harding Park, Chambers Bay and Torrey Pines South. Each offers bargain rates for their city or county residents, while non-residents will pay a green fee more in line with a premium resort experience. But the chance to play a major muni is a relatively new thing, and golfers across the world eat up the chance. Bethpage's 2002 U.S. Open brought munis back to the major rota, followed by Torrey in 2008, then Chambers in 2015 and now TPC Harding Park in 2020.

So which course offers the best experience for the daily-fee player? Let's go to the Golf Advisor community to find out how they've rated the four courses since we began taking reviews in late-2012.

Bethpage Black is the clear winner overall with the only weak spot being pace of play. It's also the cheapest to play of the four as a non-resident at just $150 on weekends, which explains why tee times can be tough to come by.

As for PGA-host TPC Harding Park, it has the most consistent ratings of the foursome and a strong Course Layout score. Of all these courses, Harding is also probably the most local-friendly experience. It's convenient to the city and an easy walk. It also won't beat you up too badly if you play the right tee box, which reflects its relatively low difficulty score.

2021 U.S. Open host Torrey Pines South in San Diego's ratings have been maligned by 2019 reviews after they instituted the head-scratching policy of closing two holes at a time while they extensively renovated for next year's event. The daily experience was cart-path only (no walking allowed) with regular temporary greens and construction traffic galore. Despite all these detriments to the experience, management only took $20 off the green fee. No wonder Torrey's North Course is rated much higher by Golf Advisor reviewers.

As for Chambers Bay in Washington state, its ratings are trending upwards according to our community. After a 2015 U.S. Open that was never dull, they made the transition from fescue to poa annua greens. All Golf Advisor reviews since late-July of 2019 have been exemplary. The course delivered a thrilling event with an incredible leaderboard despite causing some pros to melt down. Will the USGA decide to give Chambers Bay another shot in the major spotlight?

Getting to play a major championship venue is pretty special. I've played three of these four major munis, the holdout being Bethpage Black. I'd love to hear about your experience at any of these courses and if it was worth the trip. Tell us in the comments below!

Read reviews or write your own of the Major Munis here 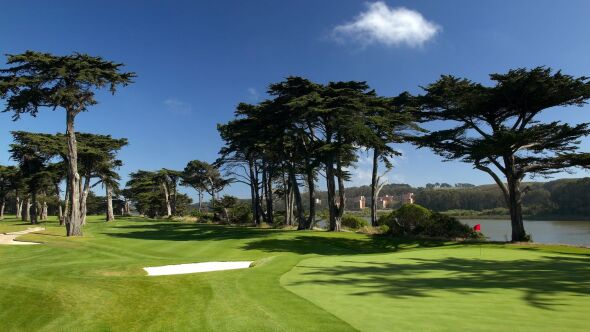 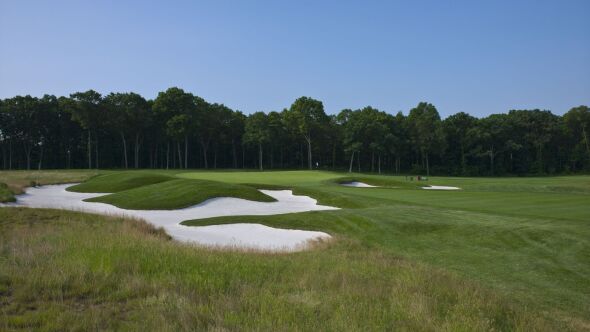 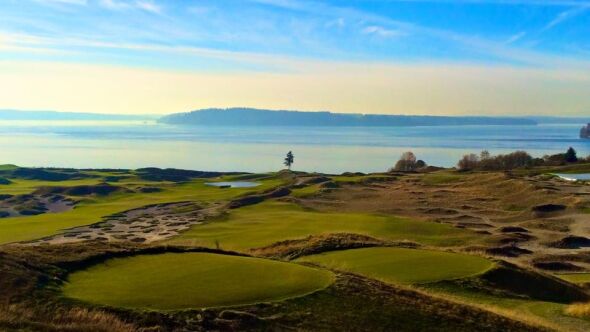 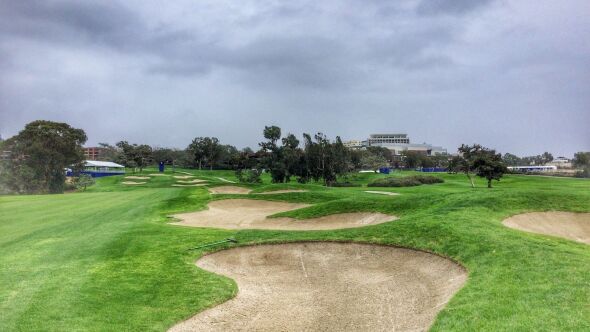 Brandon Tucker
Brandon Tucker is the Sr. Managing Editor for Golf Advisor. Prior to the launch of Golf Advisor in 2014, he was the managing editor for Golf Channel Digital's Courses & Travel. To date, his golf travels have taken him to over two dozen countries and nearly 600 golf courses worldwide. While he's played some of the most prestigious courses in the world, Tucker's favorite way to play the game is on a great muni in under three hours. Follow Brandon on Twitter at @BrandonTucker and on Instagram @btuck34.
28 Comments

I have been lucky enough to play all four and I put them as follows 1. Bethpage-one tough walk on a hot, humid NY day. 6700 from the whites. I hope you can hit bombs because you will need them. 2. Chambers Bay- great setting in a unique location. RTJ Jr. followed his fathers idea of difficult pars but easy bogeys. 3. Harding Park- love the trees and crazy weather. Good deal for San Fran residents. 4. Torry Pines- I loved the views but I was expecting a little more. Maybe my expectations were too high. I would like to try the North course but its not easy to get there if you live in NY.
I hope they can find a few other munis capable of hosting. Hit em straight........

Why don't you include Pebble Beach? Surely it is a "public course" in that anyone can play there if they are prepared to pay the Green fees.

We'd probably want to do a separate comparison on the privately-owned, public/resort major hosts such as Kiawah, Pebble, Pinehurst, Erin Hills, Whistling.

I've played all four, and my ranking would be BPB-CB-TPCHP-TPS. One caveat: I haven't played Torrey since the first Rees Jones redesign, so it's been at least two decades since I've been on property. Maybe a new, fresh look would enhance my impressions. I'm almost willing to put Chambers Bay No. 1. Love its scenery and uniqueness. Would love to play Bethpage 3-4 times to gain some local knowledge and see if it's "gettable" for 10 handicaps like me.

I thoroughly enjoyed my experience at Chambers Bay. Several years ago, they ran a Cyber Monday Christmas special that allowed you to purchase a round for $50. Snagged it and couched rounds at Pumpkin Ridge and Gamble Sands around it. The greens were bumpy, and perhaps if I were playing in a major championship I’d have gone Billy Horschel-esque, but I didn’t think it detracted at all from the experience.

The coolest part of a round there is that the entire course lies within a crater. When you arrive at the clubhouse/pro shop you are looking down into a hole at the course. It’s like playing in a skate park.

Well, I can't comment on the other three, Bethpage Black and the the Bethpage experience is all about golf. The multiple courses and level of play are a bonus, but the Black stands alone as a premier venue for the municipal golfer. It will bring you to your knees with strategy and fairness. It's all right there in front of you. Play from point to point and don't stray. If you area a scrambler, there's trouble everywhere, but fair to everyone from the right tees.

Thanks for sharing, I gotta get there some day

I have been fortunate enough to play Bethpage Black and Torrey Pines. They are both excellent courses. I think Bethpage Black is top of the heap. A better value than Torrey Pines and it is tough, tough, tough. A walking only course that is fun challenging and it kicks my butt everytime I have played it, yet I left the course with a smile on my face everytime!

Those courses are obviously good. But if you want to play a real championship course, go play Karsten Creek, Stillwater, OK, the home of the Oklahoma State Cowboys. It too is a public but costly course that you would really enjoy.

First of all, I believe that all golf courses have their charms. I like all golf courses. But, that is because I always play the ball as it lies unless I am willing to take a penalty stroke. Even, if I can take relief with no penalty, I still play it as it lies or take a penalty. This has made me oblivious to course conditions. Off course amenities and staff friendliness mean nothing to me. That leaves course layout, value, pace of play, and difficulty. I can't play difficult courses (I don't hit my drives very far). So, I couldn't play any of these venues. I am okay with that. Pace of play is very important. That would put BPB, last IMO. Value is very important because I am not rich. So, TPS would be No.1 in my book AND, furthermore, Bell Family Architect courses are awesome. I have played many Bell courses. Bell courses give you many options to play a hole, so they can be made easier at times when you play to your own strengths. BUT, if you play stupidly, you pay the price. The Bells have been underated. They were subtle geniuses. So, their course layouts are not showy. But, if you play them regularly, you will learn to appreciate them when you have a lapse in judgement and then recognize their genius. I vote TPS.

Thanks for sharing. I’ve played Torrey and Harding Park. Bell’s design has been significantly altered and made more difficult. I suspect you’d like Harding Park the most based on the assessment of your game

I have been lucky enough to play all four. Each unique in it's own way. I would rate Torrey South 4th. Very nice setting. Not overly difficult from the proper tees. Next would be the Black. Certainly the toughest test. Maybe even a harder walk than Chambers Bay. (the two toughest walks are walking only courses. A plus by me). Just too much course for most weekend players to enjoy. In second place would be Chambers Bay. Links like play. The greens have fully recovered from the USGA. Beautiful setting on Puget Sound. I like Harding Park the best. Very playable from the proper tees. A very comfortable walk among the Cypress. Scores best in the "walk in the park rating".

Thanks for sharing. Interesting to see you prefer the subtleties of Harding Over the others

For me golf is a recreation. The Black is a great course, but it is just a killer. Harding I can go out, shoot my 80 and feel refreshed. No one ever described the Black as "refreshing".

Love the bar chart. Great way to compare each of the elements per course.

Glad you like it. If you have any other questions that might be explained in data let me know 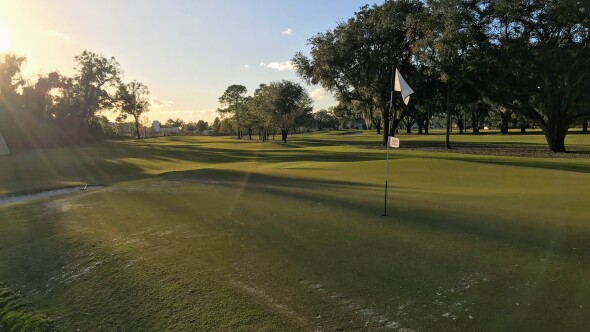 Kira K. Dixon
Lifestyle Correspondent
Now Reading
How does TPC Harding Park rank among America's 'major munis'?
New Cookie Policy
WE AND OUR PARTNERS USE COOKIES ON THIS SITE TO IMPROVE OUR SERVICE, PERFORM ANALYTICS, PERSONALIZE ADVERTISING, MEASURE ADVERTISING PERFORMANCE, AND REMEMBER WEBSITE PREFERENCES. BY USING THE SITE, YOU CONSENT TO THESE COOKIES. FOR MORE INFORMATION ON COOKIES INCLUDING HOW TO MANAGE YOUR CONSENT VISIT OUR COOKIE POLICY.
CONTINUE
Search Near Me