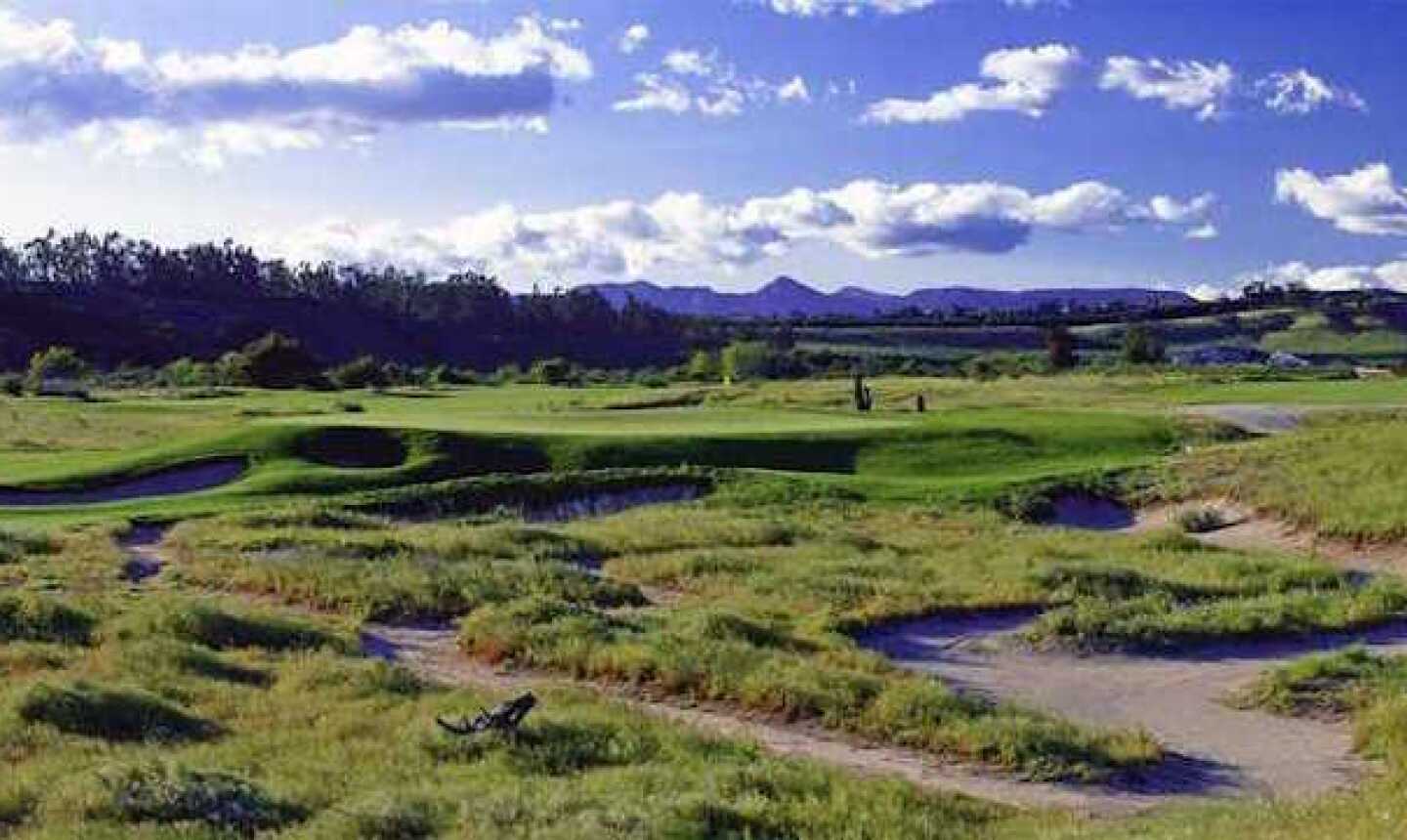 Trust me - no one will be more glued to the TV this weekend than I.

But this year, looking at Augusta National's always-impeccable conditioning, I can't help but feel a little apprehensive.

See, last Wednesday, for the first time in California history, Governor Jerry Brown imposed mandatory water restrictions on the state's 400 local water agencies, which supply water to some 90% of the state’s residents. These agencies--and the citizens and businesses they serve--will need to curtail their output by at least 25%, or a total of almost 500 billion gallons.

The state is experiencing widespread drought conditions for the fourth straight year, with a staggering 93% of its nearly 164,000 square miles earning at least “severe drought” status.

Even though they account for only 1% of California's water use, golf courses have been specifically cited as an example of overuse of water.

Naturally, this means that if you live in or travel to the Golden State for golf, things might be changing in terms of the aesthetics of the courses you play. After all, there are patches of dry grass in California’s Sierra Nevada Mountains where there would normally be five feet of snow.

At the risk of seeming alarmist, there is some good news: about 40% of California's more than 1,000 golf courses use recycled water or groundwater that are not currently subject to the restrictions. But that will likely still leave a majority of the state's golf courses looking less green and more brown than they did previously. Layouts that have tried in the past to copy Augusta National's incredibly green grass will look strikingly different indeed.

There's no reason to cancel any trips you may have planned, but putting a little extra thought into the planning process while waiting to see how the golf industry responds will keep any nasty surprises away on your next California golf trip.

Not all golf courses are designed equal, and this may be more true in California than in any other state. That's owed mostly to its size and diversity of landforms and climates, even though almost all of it is bone-dry currently.

The Los Angeles area, for example, is home to dozens of courses, but even these vary in their water-dependency. Highly manicured layouts like those found at Pelican Hill Resort in Newport Beach could be pressured into letting brown and yellow reign where deep green previously prevailed. But at layouts such as the excellent Rustic Canyon in Moorpark, drier conditions can enhance the intended, firm-and-fast golf experience.

(For more on why this type of golf is awesome, check out this piece from last year.)

Some courses have already taken action. Vaunted Pasatiempo, one of the great classic courses you can play (and, Like Augusta, an Alister Mackenzie design), has cut its own water usage by half, according to a report from Golfweek. This includes the first hundred yards off most tee boxes being left to brown out.

It's a bit early to tell exactly which courses will be hit hardest and which won't skip a beat. Be sure to follow us on Facebook and Twitter for updates as we receive them.

So as you gawk at the lush, greener-than-green Augusta National turf this weekend, keep in mind that on the West coast, brown is going to be the signature color for the forseeable future.

What do you think about these new water restrictions in California? What kind of effect will this news have on golf there in the coming years? As always, let us know below!

Watering?
As an exponent of the ri inning game firm fast surfaces are the way to go.
Grass is not really green it is only that colour if water and chemicals are added.
Many courses in the UK on water to keep the grass alive, sparingly.
It means you have a greater need to learn all the interesting shots that make our game great.

Georgia is not California. It receives 42 to 46 inches of rainfall a year. Southern California is a desert which has been altered by extensive irrigation. The population has exceeded the existing supply of water. Golf courses will adjust if they want to continue to operate and if people really want lush green courses they can move to the northern part of the state which has enough water or elsewhere. Thirty eight million people more than one tenth of the US population, most of whom are concentrated along the southern coast, is the real problem. The drought will end but water will continue to become a more expensive resource. The forces of supply and demand will determine how the water will be allocated.

We here in Ca know that we need more water storage by deepening our current reservoirs and building more for times of drought but our political in power just overlook the needs we have and line their pockets.

Our local golf course in North Georgia gets all its irrigation water from a big spring that feeds several ponds. No guilt here. And none really for most of our state since we generally have an abundance of water from a bunch of different sources.

California has simply allowed too much growth for its water supply. Couple that with ideologically foolish environmental rules and the state is flirting with disaster.

Thought Pinehurst did a great job of proving "old school" golf was just fine. Doesn't affect me - I've played munis for 50 years with only the occasional trip to Pebble, Pasatiempo, TPC Ponte Vedra.

Two things: 1) CA is not GA and therefore GA need not be troubled. This is a lesson that had been learned, but has been forgotten - your neighbors troubles cannot be solved by sympathy or guilt or any other emotion that may be drawn up from the depths of your psyche. Consider this question: does anyone actually expect a club thousands of miles away in an area that is blessed with sufficient rainfall to squander that advantage by deliberately taking action to reverse their good fortune. Absurd on its face!

2) CA is partly to blame for its condition. Its population growth has outstripped its water resources. Even before the long-lasting drought, which, by the way, will not last forever. The weather patterns that plague the Western states at present are certain to change. But then we will be reading about the flooding, the homes sliding into the ocean, the crops that have been ruined due to the untimely rainfall. And one other thing we will be reading then: poor CA, how bad things are for those folks.

3) Sorry. I underestimated. There is also a political element to this situation that should not go unnoticed. The government has long been in the hands of incompetent ideologues who neglected to take those steps necessary to prepare for the conditions that now plague them. Yes. You did not read it first here. It was in the papers years ago.

This uber hype is driven by "climate change/global warming" or whatever they call it by the NWO alarmists. Emerald green lush gilf ciorses is not the way of historical original golf courses. They were rough and ruddy.

Year after year, water in California politicians protect tiny fish as water is diverted eventually to the ocean. How many years do we have to hear about this "crisis" until someone decides agriculture, employment, and human health should share water with the protected snail-darter. Or, maybe ski resorts should make lots more snow in winter if melting fails to meet spring needs.

I live in Sun Diego. 5,000 new housing units are currently being built in Mission Valley. Thousands more condos and apartments going up downtown. Talk is of 6,000 units at Qualcomm if they redevelop that. This doesn't even include the commercial and hotel units. I don't think the golf courses are the problem. Leave the golf courses alone.