Return of Memorial Park marks the latest must-play value round in the U.S.

A new Tom Doak design that will host the next PGA Tour Houston Open is just $30 to walk during the week, whether you're a resident or not.

HOUSTON — It's a totally rebuilt, PGA Tour-caliber golf course smack in the middle of one of the country's largest cities freshly designed by Tom Doak.

Count Houston's Memorial Park Golf Course among the highest-profile under-$50 golf courses in the country. The catch? Tee times may be tougher to score than Beyonce tickets.

In fact, the Houston Chronicle reports tee times for the first day of public play sold out in two minutes when the tee sheet officially opened. Expect this high demand to continue for the forseeable future as muni-starved Houstonians return to one of the state's most popular courses.

Prior to the shutdown of the course for the $15 million project in early January, Memorial Park, originally opened in 1936, already had a reputation as being one of the state's busiest public courses, hosting over 60,000 rounds annually.

But with the Astros Golf Foundation's deep desire to bring the city's PGA Tour event, which Shell left as title sponsor in 2017, inside the Interstate-610 loop, Astros owner and benefactor Jim Crane went heavy on the elbow grease and the checkbook to make it happen. Doak and player consultant Brooks Koepka churned out a 7,292-yard design in 10 months of heavy construction that will challenge the world's best golfers.

The golf course renovation is part of an extensive refresh of a massive city park encompassing nearly 1,500 urban acres in the northwest section of the city. The routing of the course is generally the same, but golfers will encounter much more movement in the land both in the fairways and around the greens. The added shaping will create more nuance for play while also aiding in moving rainwater where it's supposed to go. The par-5 16th hole's pond on the right side is significantly larger now and will serve as a retention pond for irrigation.

Another significant design note: There are only 19 bunkers - three of which border the 18th green alone - down from 54. 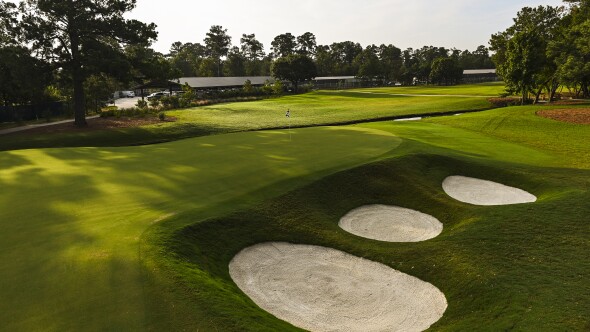 How to book a Memorial Park tee time

Despite the eight-figure investment and work performed by one of modern golf's most acclaimed architects, green fees at Memorial Park haven't gone up. It's just $30 to walk during the week (weekend with shared cart is just $49), and that's whether you're a Houston resident or not. That makes it the least expensive current PGA Tour venue for non-residents by a substantial margin.

To book a Memorial Park tee time, management has done away with the previous lottery-based system, instead opting for a first-come, first-served approach. You'll have to be online by 6 a.m. three days before the day of play and log onto the course website, HoustonMuniGolf.com, for the first crack at booking. The call center doesn't open until 9 a.m. which is probably too late if you hope to get a decent time. (User sidenote: Set up a website user account in advance so you aren't fumbling with the burdensome password requirements.) The course is also closed on Tuesdays. City residents receive no preferential treatment for access. 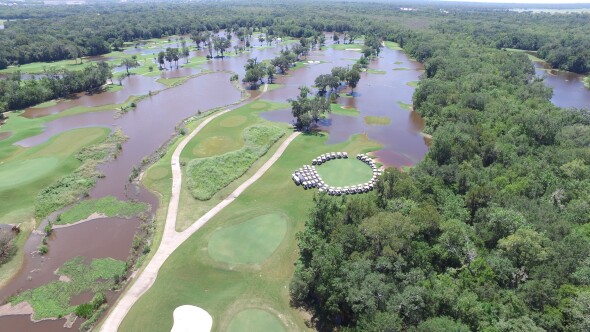 Articles
10 Min Read
A year after Harvey
To the casual observer, it seems pretty much like business as usual in the Houston area a year after one of the worst natural disasters in U.S. history, Hurricane Harvey, struck the Texas Gulf Coast. But the truth is, despite the overall look of normalcy, the rebuilding process continues. Some have just moved on, of course. The local golf scene is no exception.

The Houston area golf scene has experienced its share of contraction in recent years due to a mix of economics and devastating weather events like Hurricane Harvey. The reopening of Memorial Park will take some pressure off other city public courses, especially another area favorite, Gus Wortham Golf Course. The Houston Golf Association assumed management of the course that dates back to 1908 and performed an extensive renovation that was completed in 2018. The course has some rare elevation change for the area. You can book up to seven days out here and it appears times are easier to come by at this time of year.

In 2019, New York State-operated Bethpage Black hosted the PGA Championship and, in 2020, San Francisco's TPC Harding Park will follow suit. Count Houston's Memorial Park as the latest muni rebuild with the dual and highly divergent purpose of catering to both busy public tee sheets and the world's best golfers. 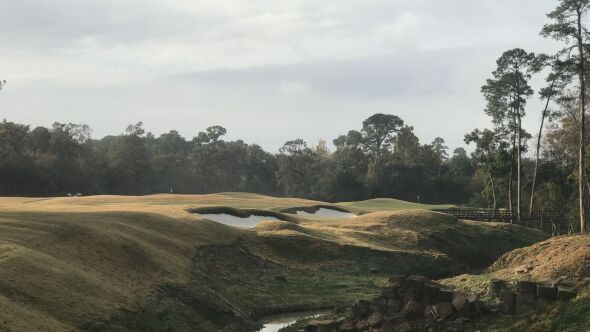 it seems no tee times are available up to 3 weeks out for party of 2-4. this seems odd

Correct. Only three days in advance. Not ideal for advanced planning.

But you can pay $20 convenience fee to book up to 30 days out. And I’ve been told it is refundable as long as you show up for your tee time. Not sure if this is just temporary to appease those frustrated with the difficulty in getting tee times now or if it’s permanent.

Tim Gavrich
Senior Writer
Now Reading
Return of Memorial Park marks the latest must-play value round in the U.S.
Search Near Me